As national attention focuses on whether or not mental illness contributes to violence, Durham mental health care officials have found that violence—among other kinds of trauma—may contribute to mental health challenges.

Brandon Alexander, social marketing coordinator for BECOMING Durham, examines “circle of dreams” charts made by program participants. BECOMING encourages its participants, young adults ages 16-21 who are Medicaid eligible and with mental illness, to create goals for themselves. (Staff photo by Caitlin Owens)

Although the Northeast Central Durham area suffers from many of the same mental health issues as the rest of the country, trauma plays a larger role in these issues than it does in other communities, said Lisa Stacey, chief executive officer of Family Legacy Mental Health Services, Inc.

It is not only juveniles who are affected. A 2011 Durham County health assessment conducted by the Partnership for a Healthy Durham estimated that 17,000 Durham County residents need mental health treatment. A 2007 Neighborhood Improvement Services focus group found mental health as one of the most common health-related issues in NECD.

BECOMING Durham, a project that connects existing community services with youth ages 16-21 with mental illness, associates mental health issues with “life challenges.” A young person must be experiencing one or more of the following to become a participant: lack of a diploma or not enrolled in school, being pregnant or already a parent, a criminal justice encounter, leaving foster care, continuing unemployment or underemployment and homelessness or risk of homelessness.

“We’ve found that youth with a mental illness are three times more likely to be involved with criminal justice than youth without,” said Brandon Alexander, BECOMING’s social marketing coordinator. “Those same ones are the ones more likely to drop out of school and just not further their education.”

Alexander, like Stacey, said trauma lies at the root of many mental illnesses.

“A lot of stuff, particularly depression and some anxiety issues, can be caused by trauma,” he said. “So if you’re within a community where you’ve experienced some kind of trauma – that could be you getting shot, you shooting someone else, you seeing some kind of violence – well, that is traumatic.”

Keith Patterson, a teacher at Durham Technical Community College contracted through the Criminal Justice Resource Center, said that issues stemming from education, a lack of resources and a lack of jobs contribute to the state of mental health.

“I think the biggest thing to understanding mental health in [NECD] is to look at the factors that contribute to those issues,” he said. Patterson has previously worked with group homes and now assists ex-offenders attempting to re-enter society.

Regardless of the mental illness or its source, mental health officials agreed that several barriers exist to receiving treatment. These include lack of awareness of services, lack of access to services and the stigma associated with mental illness.

David Reese, executive director of the East Durham Children’s Initiative and a member of the Partnership for a Healthy Durham Steering Committee, said that while services are available in the community, there is a lack of awareness of these services and a sense of inaccessibility.

Stacey said that the community needs more education about mental health and to know that community members have the freedom to choose which agency to go to for treatment.

Access to treatment can also be problematic, Stacey said, because many mental health care agencies have stopped providing services in consumers’ homes. Thus, if the consumer does not have transportation to the agency’s office, they have trouble accessing services.

Stigma also serves as a large barrier to treatment, as it does throughout the country, Stacey said, and is enhanced within the African American and Latino communities. In NECD, African-Americans constitute 75 percent of the population and Latinos make up 18 percent.

“It’s very difficult to engage the Hispanic community in mental health services,” Stacey said. She has found that some of this difficulty comes from a cultural tendency to keep things “behind closed doors” and some of it comes from a fear of deportation among undocumented Latino community members.

Regina and her daughter, Ebony, have worked with Stacey for several years and have both been diagnosed with mental illness. Ebony, 21, recently moved out of Durham. Speaking as a member of the African-American community, Regina said that African-Americans often stigmatize therapy and avoid it.

Regina also said that women have a tendency to put others before themselves and are thus the last to receive care.

Reese says that a taboo against mental health discussion exists both within minority communities and American society as a whole.

“We all perceive ourselves as being strong and being able to solve our own problems,” he said.

Alexander also sees stigma as a large problem in the community and hopes that the current national discussion will help bring more attention to the topic.

“No one really wants to talk about it, so what we’re wanting to do is bring mental health to the forefront,” he said. 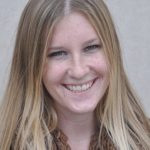