Sofía Castro, originally from Colombia, has enjoyed spending the last 18 years in the United States and she plans to stay — but as a full citizen. 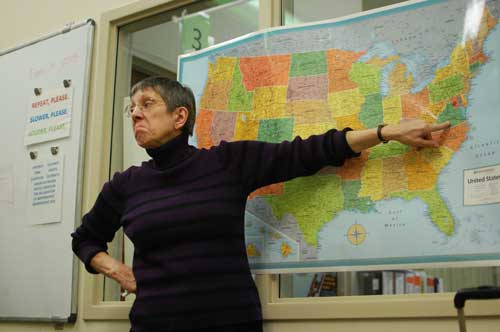 Teacher Susan Murphy points to one of the original 13 Colonies, quizzing her students during the beginning of class.
(Staff photo by Elizabeth Byrum)

“This country has very good people, of God, more than any other part,” Castro said.

On Thursday nights, Castro, along with a handful of other students, attends the citizenship classes offered by El Centro Hispano in Durham.

For Castro, citizenship will additionally allow her to contribute more fully to the country. Like many, she is also applying for citizenship because she wants to be able to vote in the U.S.

Castro studies the material necessary to pass the citizenship exam, but improving her English remains an obstacle.

“I have studied for five years,” Castro said, mid-lesson.

Murphy, a retired teacher with 47 years of foreign language instruction and ESL supervisory experience, is committed to achieving success for Castro and her other students.

Each week, Murphy drills the students on subjects including English grammar, vocabulary, the Pledge of Allegiance, American history and geography, and adds units along the way.

By the end of the course, students will have covered all 100 potential exam questions and have practiced the English interview.

“I read many newspapers in English,” Castro said. “I like to read and practice a lot. I want to know English well, but it is very difficult.”

While a major goal for Murphy is help her students learn the language, she also recognizes the value of these classes to the U.S. as a whole.

“The bottom line is the more citizens you have, the stronger the Latino vote,” Murphy said. “And quite frankly, I have very strong beliefs that the future of this country is in the immigrants. Our American kids are lazy—there may be some that are doing great work—they don’t want to work hard.”

Jorge Torres, another student in Murphy’s class on Thursday evenings, believes citizenship will give him additional opportunities like the right to vote. Torres has lived in the U.S. for 20 years.

This is the second time Murphy has taught the classes at El Centro Hispano since beginning them in spring of 2012. The non-profit decided to continue to offer the course after learning that more residents needed an orientation for the citizenship exam, said Maritza Hurtado, administrative assistant at El Centro Hispano.

Benefits of the program

There are 12 students enrolled in the classes, which began Jan. 22, Murphy said. Two 20-hour sessions are offered in order to accommodate the community’s work schedules. On Tuesdays and Thursdays, students attend class from 10 to 12 p.m. for five weeks. The other session is held on Thursday evenings from 6 to 8 p.m. for 10 weeks.

In addition to practice materials, participants will receive discounted assistance during the application process from two attorneys, Hurtado said.

Offering the classes in person allows students to interact with a native English speaker and receive supplementary materials.

Murphy’s class is based on City University of New York’s Citizenship Now! program, which includes 10 units based on American history, geography, historical vocabulary and grammar. Through a series of worksheets, vocabulary lists, maps and pronunciation lessons, students work through a comprehensive packet.

Murphy and her students spend a week per unit, but is willing to offer more time if desired.

El Centro Hispano plans to continue the citizenship classes as long as the community demonstrates a need. The organization charges $100 for the classes, to help with the cost of materials.

“We are expecting to do them frequently so people will know we are open around the year,” Hurtado said. “They will always have a place to prepare themselves for that important step.” 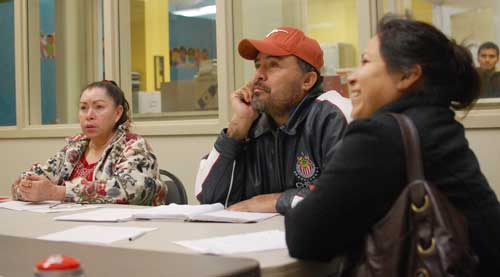 Marty Rosenbluth, executive director and attorney at the N.C. Immigrant Rights Project, said that streamlining the pathway to citizenship needs to be a major part of reforming immigration policy. As an attorney who works with immigrants in deportation proceedings, he understands the reasons why citizenship remains difficult for so many immigrants.

“People enter the United States without permission or overstay their visas either to try to earn a living and build a better life for their families, or to join family members that are already here,” Rosenbluth said. “In both categories, the roadblocks to doing so legally, the hurdles, are just so difficult to get over that folks do so ‘illegally’ because there is no way to do so legally.”

But politicians don’t really know how to create change, and are instead providing vague sound bites on the issue, Rosenbluth said. Phrases like “get in line” do not provide any substance to the complexity of immigration reform.

“’Why don’t they get in line’ is a bumper sticker, it’s not something you can incorporate into a statue or a law,” he said.

Some requirements to apply for citizenship can deter individuals from the process. Immigrants must have lived legally in the country for at least five years to apply, and interview costs can amount to $600, Murphy said. Additionally, immigration officials may run background checks on individuals who apply.

But the obstacles are surmountable, Rosenbluth said, and he encourages those who believe they are eligible to apply and to seek the help of attorneys and non-profits like El Centro Hispano.

“I love it,” Murphy said of teaching. “They are really dedicated to what they are doing. The payoff is big and this country is not going to last without more immigrants.”

Murphy’s students are certainly devoted to achieving full citizenship. Through teaching the classes, she has seen the strong dedication that many immigrants bring to the process.

“They have a real motivation for learning,” she said. “You are providing them with the way to reach their goal.”

The classes also give Murphy a chance to return to her teaching background during retirement. Although El Centro Hispano provides copies of the packets, Murphy also provides supplementary materials including laminations, personal maps and creative techniques. Each week, she’s ready with more.

“I’m 71 and it doesn’t mean I’m dead yet,” Murphy said. “And it’s really nice to be doing something meaningful.”

For more information about the citizenship classes at El Centro Hispano as well other services, contact Maritza Hurtado at 919-687-4635 ext. 46 and visit the Facebook page. 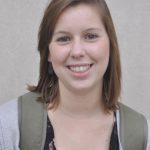