underrepresented for so long, Hispanics now represent a fifth of the population in NECD, and have developed organizations that offer an abundance of resources and contacts within their community.

During the 1990s, North Carolina had the nation’s fastest growing Hispanic population and according to a 2007 Northeast Central Durham report by the city of Durham, Latinos make up 18 percent of the population of NECD. Many organizations have formed in an effort to offer support, resources, and a voice to this minority. 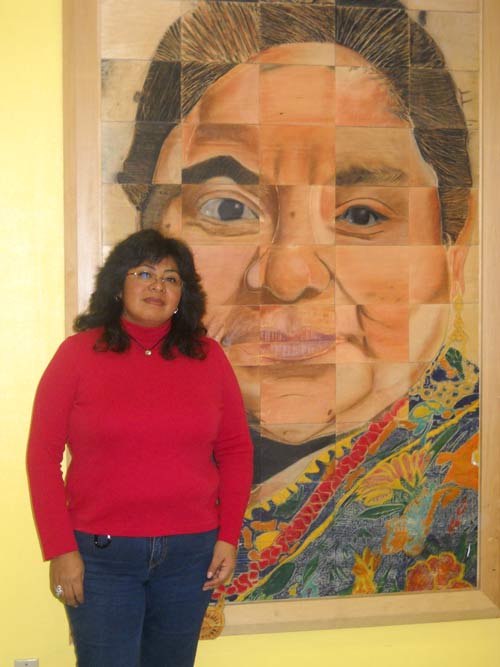 In NECD, The Latino Community Credit Union and Los Primos Supermarket both cater to the Hispanic population, and El Centro Hispano, a non-profit organization on Main Street, works to educate and mentor Hispanics, while offering activities for youth and women.

“This is a continuing and evolving process,” said Pilar Rocha-Goldberg, director of programs at El Centro Hispano. “We are at the beginning of the process with successful results, working together with the NECD leadership council.”

She says they work closely with the NECD group, participating on all the NECD council committees that are made up of people from the city and representatives from all the communities who live in the area. Not only are they helping Hispanics, they are involved with reviving the whole community.

“El Centro Hispano has about 1,500 members,” said Rocha-Goldberg. “It started in 1992 as a combined project of the Catholic and Episcopal Church with the intention to help and serve the Latino population.”

They also have a youth program that takes 20 kids for 20 sessions.  They provide weekly workshops on youth topics of interest, leadership development activities, community organizing and tutoring. They also have a soccer academy that holds 75 kids and a women’s program where they exercise and try different recipes.

“All the programs have good attendance, and all of them have different audiences,” said Rocha-Goldberg. “While the kids attend the soccer academy, the women exercise.” They take 10 women for 20 sessions.

The Latino Community Credit Union was formed in 2000 as a response to an increased number of robberies and muggings victimizing Latino immigrants in NECD.  Most Hispanics didn’t have a safe place to keep their money, and criminals knew they wouldn’t report it to the police out of fear of immigration laws.

According to the credit union website, their mission is to “improve the financial condition of the Hispanic community through the delivery of affordable financial services and financial education programs specifically targeted to underserved Hispanic immigrants in North Carolina.”

The Latino Community Credit Union is the first institution of its kind, and has spread to five other cities in North Carolina since launching in Durham. They even put an ATM at Los Primos, the NECD supermarket that provides Hispanic foods and traditional products.

Los Primos was almost lost to a widening project on Alston Ave. proposed by the N.C. Department of Transportation last year. Aidil Collins, founder of UpLift East Durham, said the project would have been like “creating a moat that you can’t cross,” since NECD is primarily a pedestrian community.

“We feed this whole neighborhood,” said Miguel Collado, owner of Los Primos, who put forth a petition of 3,000 signatures proving its importance to the community.

Collins also investigated the issue further and found the Environmental Justice Report, a report that protects minority or disadvantaged communities, and is required of any DOT project was expired and had not included any information or documentation on Hispanic residents, a large part of NECD.

The Hispanic community’s voice is being heard with the continued work of El Centro Hispano and the Latino Community Credit Union.