Just 64 games. That’s all he needed to spoil fans, to entice the upper levels of Tampa Bay Rays management and to leave a 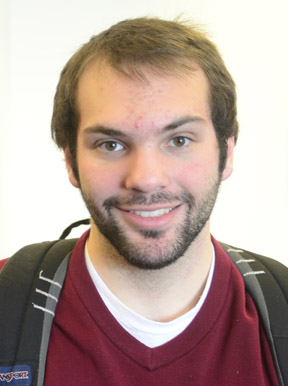 lasting imprint at Durham Bulls Athletic Park. The Thomasville, N.C., native batted .286 with 14 home runs in those 64 games before earning a mid-June call-up to the major leagues.

There was no return flight.

Myers went on to win the American League’s rookie of the year award last season while batting .293 and catching 13 big flies as a Tampa Bay outfielder. But to fans in Durham, Myers was still a Bull. Bull City had claimed him just as it had once claimed the David Prices and Evan Longorias of the world before him.

The home of a Triple-A baseball team, Bull City is a natural launching pad, a springboard for professional talent in a Tampa Bay organization that isn’t shy about promoting prospects.

But Bull City is also more than the Durham Bulls.

While the Bulls offer the most direct connection to professional sports, Durham as a whole is slowly but surely building a sports pipeline, particularly on the football field.

The brightest example is Greg Little, a starting wide receiver for the Cleveland Browns, who played football at Hillside High School before enrolling at UNC-Chapel Hill. Little hasn’t yet reached the lofty expectations that prompted his second-round selection in the draft, but at 24 years old, there’s still room to develop.

And he could soon have company.

In the Triangle alone, several Durham products have taken the leap to Division-I programs. At UNC-CH, Hillside’s Khris Francis worked himself into the running back rotation as a first-year last season, rushing for 236 yards on 63 carries. Meanwhile junior T.J. Thorpe, from Jordan High School, was fourth on the team with 267 receiving yards while also serving as the team’s primary kickoff returner. Down the road, redshirt senior Tony Creecy, from Southern High School, has been a starting and backup tailback for North Carolina State University, rushing for 125 yards last season. All three players are known to flash a Bull City sign with their hands after scoring — an emblem of their Durham pride.

Durham still isn’t quite the recruiting hotbed of larger North Carolina cities, but interest in the area hasn’t waned. Hillside running back Donte Thomas-Williams and wide receiver Trevion Thompson are both four-star recruits, according to Rivals.com, and they’ve signed to play for West Virginia and Clemson, respectively. Meanwhile, Hillside lineman Emanuel McGirt, from the class of ’15, has received offers from UNC-CH, N.C. State, Virginia Tech, South Carolina and more.

A historical look at Durham-born players in professional sports doesn’t reveal much on first glance. In Major League Baseball, there’s Trot Nixon, who thrived with the Red Sox in the early 2000s, and Rick Ferrell, a Hall of Famer, who played from 1929 to 1947. In the NFL, Little is the primary standout — although N.C. State alumnus Alvis Whitted had a fine career with the Jacksonville Jaguars and Oakland Raiders. In the NBA, Hillside graduates John Lucas II and Rodney Rogers spent 14 and 12 seasons in the league, respectively.

In time, maybe today’s young Durham prospects can add their names to that ledger. Maybe the Durham Bulls won’t be the only professional springboard.

Maybe the Bull City will become a recruiting bull’s eye.

Michael is Sports Editor of the Durham VOICE and a journalism student at UNC-Chapel Hill.