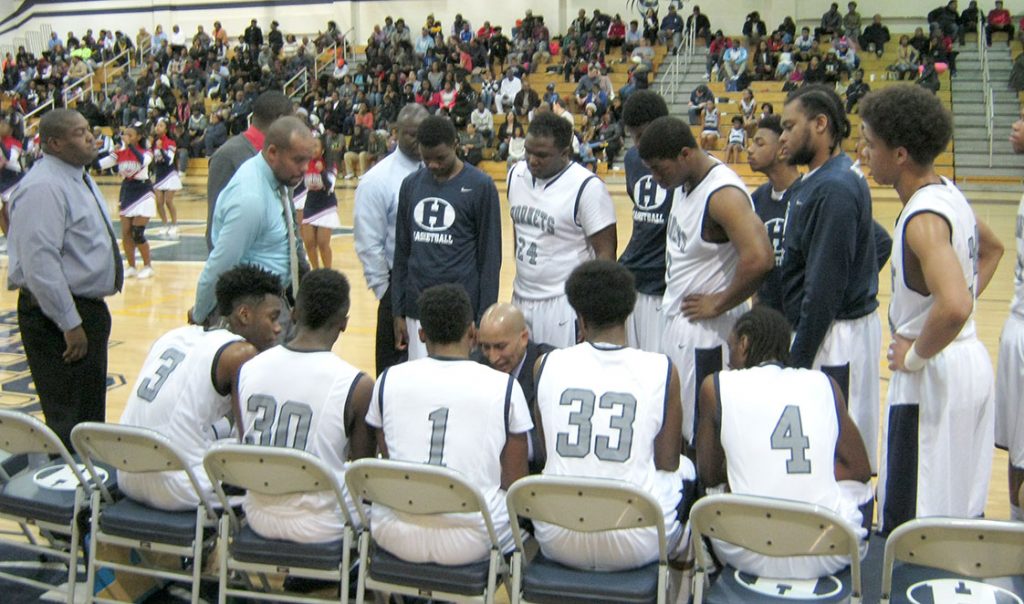 It’s every youngster’s dream to play ball and make it to the next level. Get into college on a full ride. Win the big game on a last second shot that puts your team up as the clock expires.

Everyone practices as a kid at the basketball court closest to his or her house.

But for most, that childhood countdown signifies more than just the end of a game. It also signifies the full extent of their basketball career.

“Just like any other senior, he doesn’t want it to end,” said Hillside boy’s basketball coach Thurmond Jordan.

Lettering all four years at Hillside, Robinson has worked hard to earn a scholarship so that once his season ends this spring, it won’t mean the end of his competitive career.

“When I was in the ninth grade, seniors told me it was going to fly by and I didn’t believe them,” Robinson said. “Here it is now. I only have (a few) more games.”

But based on his accolades, it doesn’t look like he’ll have too much trouble finding a place to play college ball.

The 6-foot-5, lanky player has been a co-captain for the past two years, was the team’s MVP in 2014 and was named First Team All-Conference in 2014.

That doesn’t include the potential accolades Robinson is bound to earn at the end of this season with numbers that are a personal best during his high school career.

It’s not just the accolades that make Robinson a desirable recruit; he is an A/B honor roll student in the International Baccalaureate program who volunteers in his community and takes advanced courses.

Robinson tries to use his smarts on the court as a leader for his team.

“He draws a lot of attention,” Jordan said. “Anytime you’ve got a guy like that…it opens things up for the rest of the team.”

Although the team has recently lost three straight games by a cumulative five points, even tough losing streaks don’t get Robinson down.

“I just feel like we see that teamwork works,” Robinson said. “It’s not just a one-man show. We stay together.”

Robinson embodied this team-oriented attitude at a home game against Jordan High School Friday, Jan. 30. Although he only scored four points in the first half, he turned it around in the fourth quarter, tallying nine points in the last five minutes of the game to close the gap.

“He did a great job for us,” Jordan said. “(His rebounding and scoring) was one of the keys to keeping us in the game.”

It was no surprise when the ball ended up in Robinson’s hands with six seconds left in the game with Hillside down one.

Unlike most of the kids dribbling around neighborhoods, Robinson has a little more to look forward to. He’s been presented with numerous scholarship opportunities.

“He’s fully qualified across the board,” Jordan said, “so he’s got the luxury of sitting back and waiting to see which one’s going to be the best one for him.”

When asked what he’s looking for when considering offers from colleges like Catawba, Charleston Southern, and Southern Wesleyan, Robinson is looking beyond the court.

“I’m looking for a good home,” Robinson said. “Somewhere I can call home, somewhere my parents can come see me, and somewhere I (can get a) good education because I want to be a psychologist.”

And somewhere he can keep playing basketball.

Max is a UNC-CH senior broadcast major from High Point serving as sports editor of the Durham VOICE.