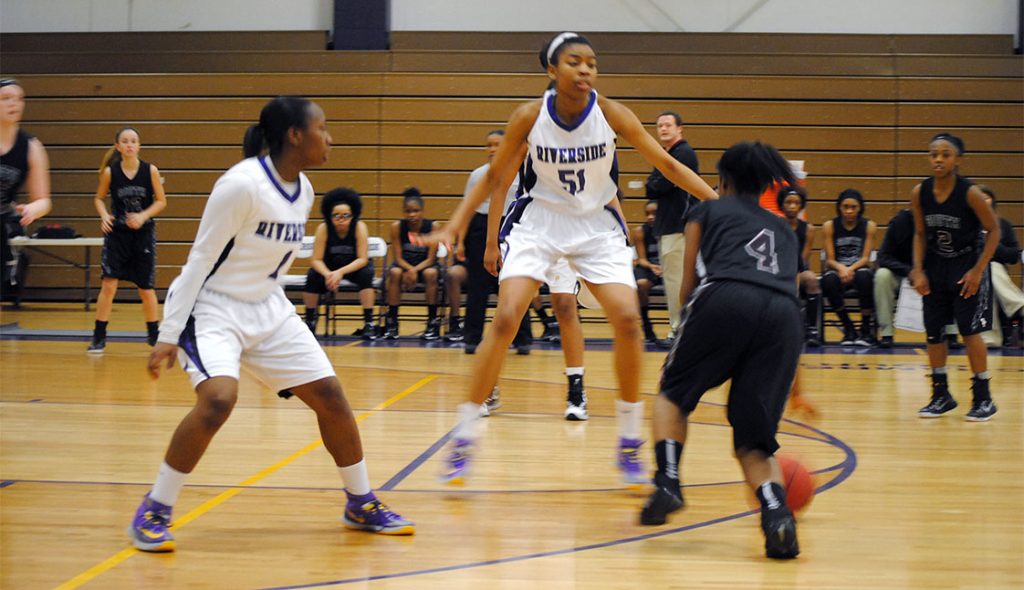 The roads were lined with walls of snow and the parking lot was relatively empty, only highlighted by a school’s activity bus and a couple large piles of snow.

After a week of postponements, the accumulation of snow in the Durham area had subsided enough for the contest to take place.

“I think my concern is everybody’s concern,” Coach Alicia Jones said after her team’s 75-55 first-round win at home. “Not being able to come into the school… Not having legs. We had some girls complaining about not being able to breathe because, you know, we haven’t had an opportunity to get in the gym. ”

With snow and ice taking over the Triangle in February, schools everywhere have had to deal with cancellations, and scheduling for the NCHSAA basketball tournament has been chaotic.

The first round of the playoffs were originally scheduled to be completed before Feb. 25, but with schools like Riverside and Hillside having so many closings due to icy roads, teams from both schools haven’t been able to practice—much less play.

With multiple school days canceled in the week prior to Riverside’s first-round playoff game, physical preparation was clearly an issue.

As of Feb. 27, only 20 of the 128 first-round girls’ basketball playoff games had been completed, according to a NCHSAA press release.

That put a lot of pressure on the NCHSAA to figure out how to manage running so far behind schedule.

“These extraordinary circumstances have caused us to make significant adjustments in the NCHSAA basketball playoffs,” NCHSAA Commissioner Davis Whitfield said in a statement. “We sincerely appreciate the cooperation of superintendents, principals and our member schools in working with us to complete the basketball playoffs.”

Squeezing the rounds together, while necessary, wasn’t easy for teams like Riverside that couldn’t practice for a week before its first round game, but Jones said game planning isn’t a huge issue.

“The coaches are always planning,” Jones said. “The only thing now is to execute. It’s not about implementing anything different. It’s about executing what we already have that has gotten us to this point.”

She and a few of her teammates went to a local YMCA three days in the week before their game against South Central for about four or five hours at a time.

“We knew we had to get ready for the game because we knew it was going to be sometime this week,” Rogers said after the team’s first-round win against South Central. “So we decided to go to the Y and work on our shots and stuff like that.”

With snow melting and a plan in place, it’s clear that the weather has disrupted the state’s basketball tournament.

But it won’t stop high schoolers across the state from playing the game and eventually crowning a champion.