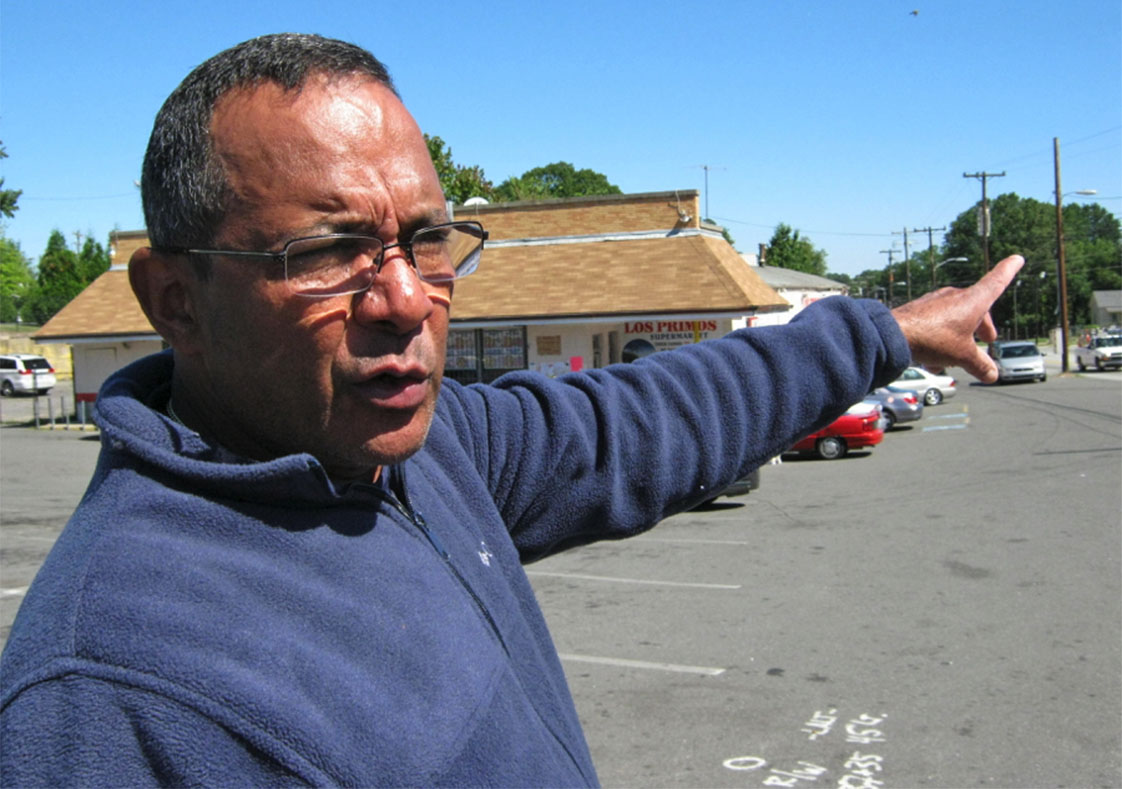 Los Primos owner Miguel Collado estimates he could lose as many as 25 parking spaces because of the Alston Ave widening project and the retaining wall, which is going to be built along the property. (Staff photo by Sarah Kaylan Butler) 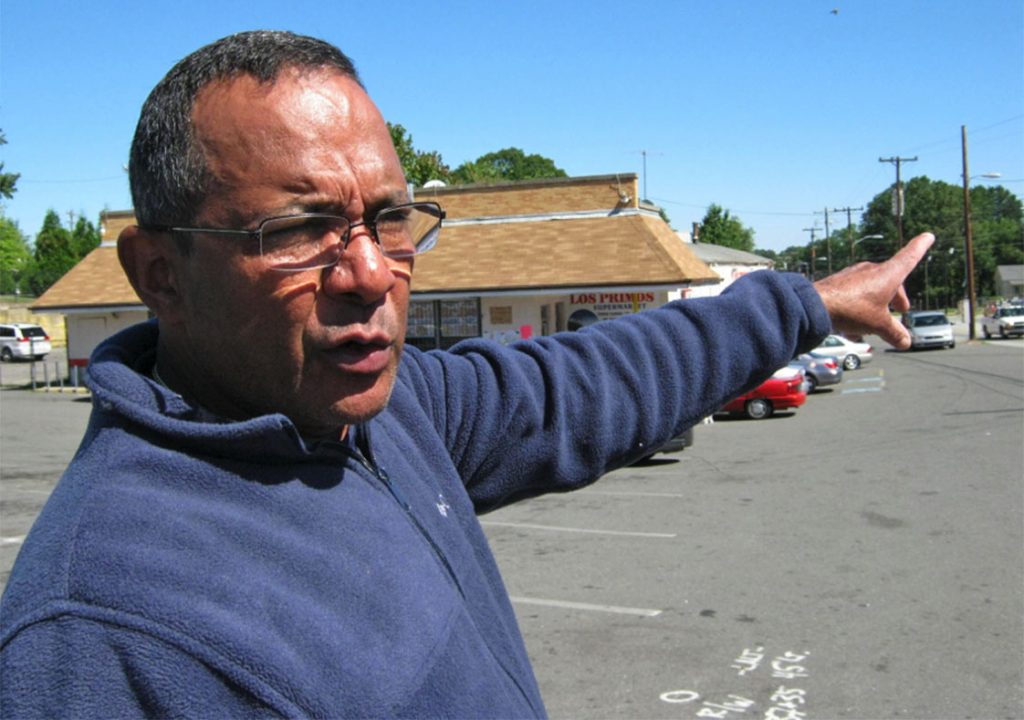 Los Primos owner Miguel Collado estimates he could lose as many as 25 parking spaces because of the Alston Avenue widening project and the retaining wall. (Staff photo by Sarah Kaylan Butler)

Community members say the Alston Avenue widening project will create more division than access to the neighborhood even after the compromise to save Los Primos Supermarket.

The widening project, which will stretch from N.C. Highway 147 (the Durham Freeway) to Holloway Street, has been part of the conversation in North East Central Durham since 2007, Dennis Jernigan, the North Carolina Department of Transportation’s division construction engineer, said.

The original plan for Alston Avenue was to turn it into a 4-lane divided facility, with a median with two lanes on either side, Jernigan said. The plan foresaw the demolition of Los Primos to make space for the wider road.

“The city didn’t necessarily want that, and so what we did was we changed our typical section … so we’re going to build it out so that it will accommodate the two and two (lanes) in the future, but we’re not going to stripe it out that way.” The striping is going to line up the road with one lane on either side of the median and roadside parking on the sides, he said.

“In the future, once the capacity is such that it needs two lanes in each direction, then the infrastructure will be there and we can take the parking away and just restripe everything for the two and two (lanes).”

Miguel Collado, the owner of Los Primos Supermarket at 1109 E. Main St., said the plan to widen Alston Avenue will affect the store because it would lose a parking lot entrance and up to 25 parking spaces for his employees and customers.

“I believe that it will have an impact on our daily routine because by putting a retaining wall on Alston Avenue and taking part of my parking spaces, I believe it will diminish a little bit the traffic we get in the store,” Collado said.

The retaining wall beside Los Primos, Jernigan said will be shorter than six feet in height and serve to maintain the existing property instead of creating a slope down to the roadway below.

Collado said he hopes business at his store will remain the same because he says he thinks “the government doesn’t listen or care,” but that the people at his store listen to their neighbors.

“Look, I hope it doesn’t affect us at all,” Collado said, “but I believe that it will have an impact.”

Loyal customers who worry about the stores closing, he says, don’t need to fret.

“I don’t think we’re going to have to lock the door because we have a lot of good customers,” he said.

Across the street, the Durham Rescue Mission has been negatively affected, too. Rev. Rob Tart said they built were they did with the original widening project plans in mind, but when the city decided not to get rid of Los Primos, it pushed the road back in their direction.

Rev. Rob Tart, chief operating officer for the Durham Rescue Mission, said they didn’t want to lose the land between their building and Alston Avenue, but they quit fighting it because “they were going to take somebody’s land,” Tart said. “We just wish they didn’t take ours.”

Homeless who participate in the Durham Rescue Mission’s Christmas, Easter, Thanksgiving and back-to-school annual events will be attending smaller events the mission originally anticipated, but Tart said they are making due.

“We have upwards of 5,000 people here sometimes,” he said. “We need all the space inside here we can get.”

There is still some time and uncertainty remaining before the project begins.

Jernigan said the project doesn’t have an official time estimate as to how long construction will take, but estimates it will take about two years once a contracting agency begins work, which will likely happen on the first of April.

Aidil Ortiz Hill, a community member of 12 years, has served as a community activist for her neighborhood along Alston Avenue saying the area is a “vibrant community that deserves a safe walkable street.”

Hill said the compromise will still negatively impact the western boundary of the neighborhood. It may allow drivers more access to speed through the neighborhood, but it will create a barrier for the walking community and cut them off from downtown Durham.

“The DOT’s purpose when they do things is to make cars go quickly and move safely,” Hill said, but people walk and “you’re creating a street that is completely incompatible with that community.”

Hill said she believes the project will racially divide Durham, and whether that was intention or not, the DOT has historically carried out racist actions.

As she says, “you can’t get to those ‘burbs’ without your highways.”

Sarah Kaylan Butler of Fayetteville, a senior reporting major at UNC-CH, she served as a writer-photographer for the VOICE during the fall 2015 semester. She is now serving as the editor at large for the Durham VOICE and the Carrboro Commons.