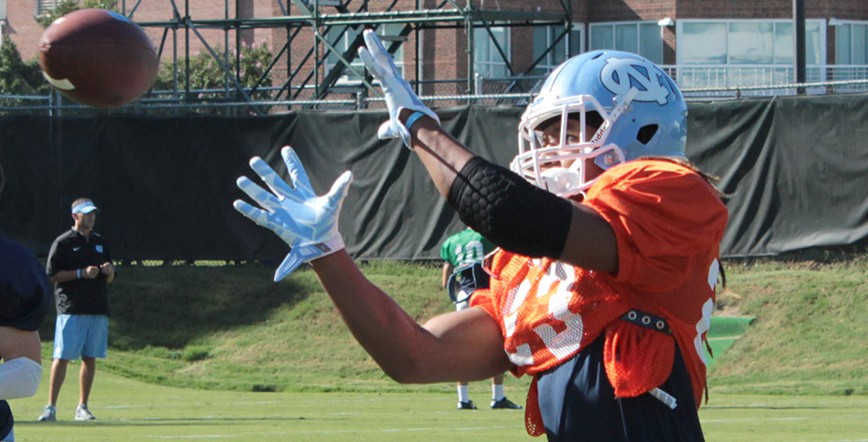 Khris Francis knew something was wrong when he planted his foot to make a cut.

The then sophomore running back for the North Carolina football team had just caught the ball on a kickoff return in the second quarter against Pittsburgh, a game the Tar Heels would eventually win 40-35, and darted outside to find space. But just 15 yards from where he began, his trek was halted. As he lay down on the grass at Kenan Stadium, he knew what had happened. 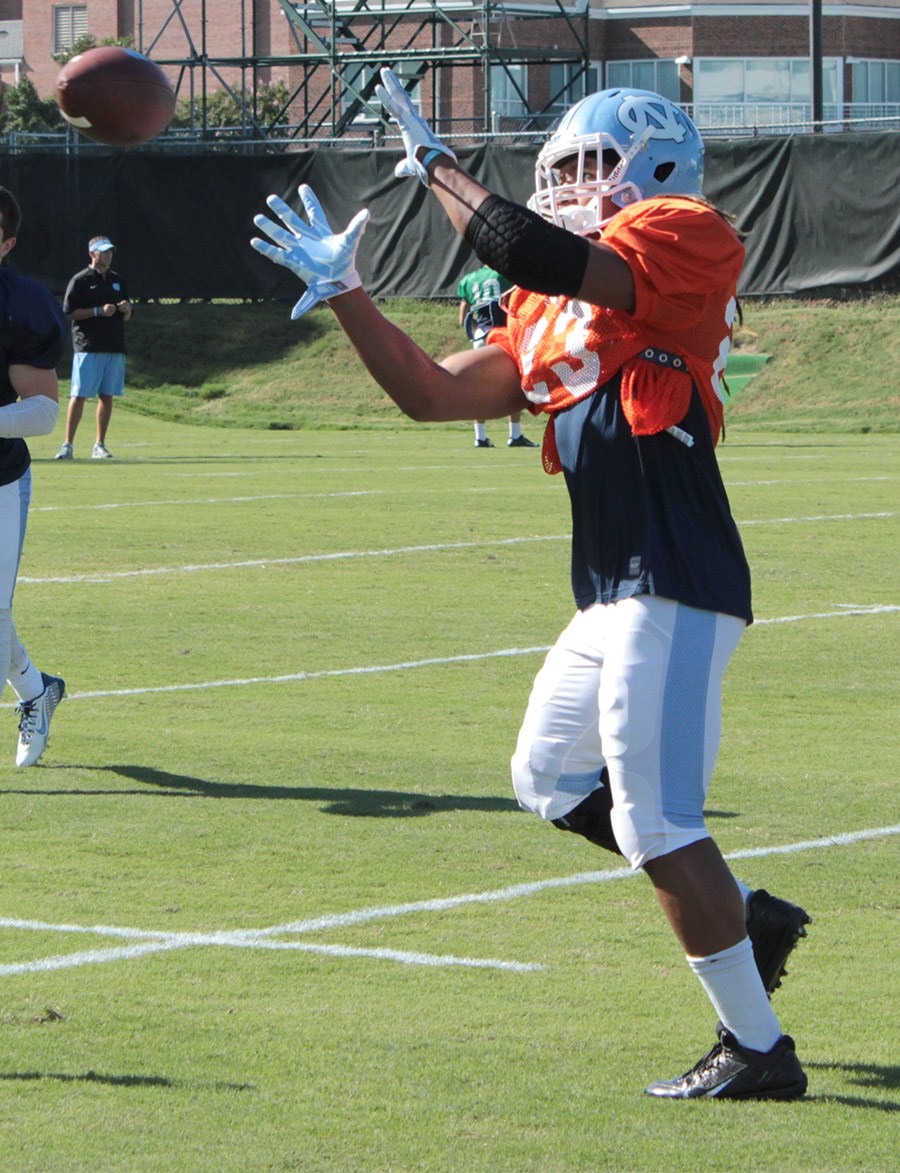 “All I did was put my foot in the dirt, like I do every day,” he said. “And I felt a pop and I knew immediately that I tore something. It was just a matter of what.”

Francis’ premonitions were confirmed just two days later, as it was revealed that the Durham native had torn his ACL, MCL and meniscus in his right knee. He would miss the remainder of the 2014 season.

Starting from the beginning

It was the most severe injury Francis had suffered in his football career. Other than a few minor sprains and tweaks, he had never experienced anything that grave.

It was that durability that led Francis to rush for over 4,300 yards and 58 touchdowns in his final two seasons at Hillside High School.

So when it came time for the running back to go through the rehab process, the notion of “starting from square one” worried him.

“I think that’s probably what hurt me the most,” he said. “I was down to like (weightlifting) numbers I was doing in high school. It was just a long mental toll, more than physical, I think.”

With the weight of getting back on the field hanging over him, Francis turned to his friends and family for support.

“I had to remind him why he’s doing it in the first place,” said Bobbi Hadersbeck, Francis’ mother. “I mean football is a gladiator sport. No one is coming away from any tour as a football player without a major injury.”

Francis, now a junior, took that advice and began to put in the work needed to come back as soon as possible. Although he missed spring practice, he was able to run and cut at full speed by April, months ahead of schedule. 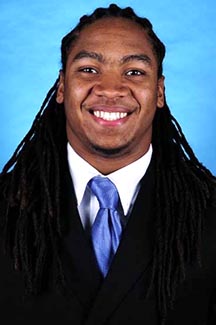 So when Francis was cleared to return to practice during UNC’s training camp, the only thing left for him to prove was that he could play with the physical nature he displayed in his freshman season, something he was glad to do.

“When I got out here I couldn’t wait to get hit and hit somebody else,” he said. “You know, put those pads on, strap that helmet up. I think that’s what I was looking forward to the most.”

But while Francis has shown signs of promise since returning to the field in August, he is still trying to find a permanent spot in North Carolina’s high-tempo offense. UNC running backs coach Larry Porter said after practice last week that Francis will be evaluated just like any other player at his position.

“He’ll dictate (his role), just like all of them do,” Porter said. “They dictate the amount they play and what role they have by the productivity they have.”

The road for Francis is still far from over, and as he prepares to take that next step to seeing significant playing time, the mental toughness he has developed in the past will surely help his cause.

Francis’ mother is known as his toughest critic. When he is struggling, whether on the playing field or off of it, she is sure to keep him in line. And as Francis continues his comeback after that devastating injury, he can expect no different.

Jeremy Vernon, a junior from Greensboro majoring in reporting at UNC-CH, is serving as the sports editor of the VOICE.