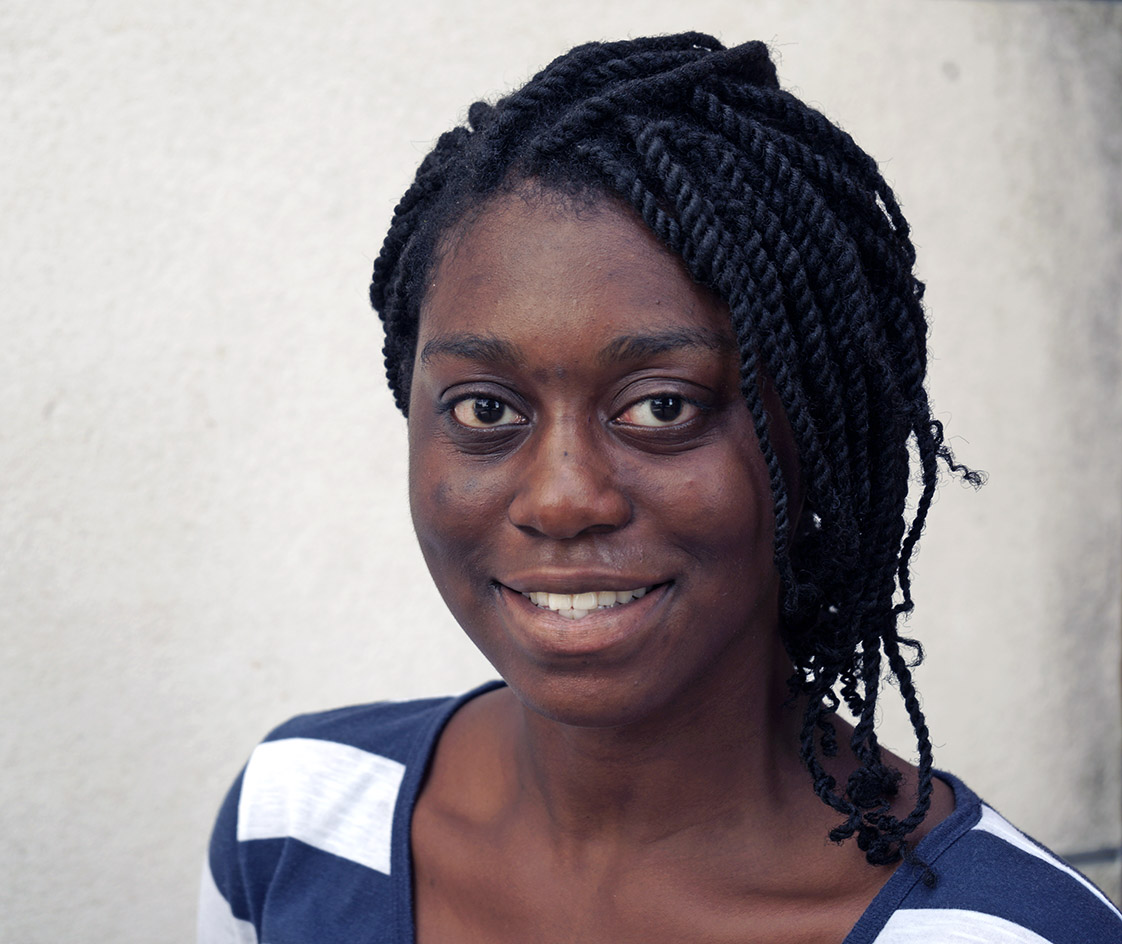 Natasha Graham, a senior at Northern High School, is the new teen editor-in-chief of the Durham VOICE. (Staff photo by Jock Lauterer)

Recently, I’ve asked myself this question a lot, and started wondering about the origin of the word, the meaning of it and just how much it has changed in popular culture lately.

Personally, as a young African­-American woman, I try never to use the word. Yet, if it slips out unexpectedly, I feel a little dirty afterwards. It just doesn’t sit well with me.

Whenever I hear someone else say it, it’s like a dart to the chest; I am taken aback for a second. This word has this effect on me because I know where it comes from and the true pain behind its origins.

The N­-Word can be traced back to the Latin language for the word meaning “black.” “Negro” in Portuguese and Spanish simply means the color black. Only later would this variation of the word be translated to describe a black person.   There were different forms of the N­-Word which would later be used in different times during slavery to demean African-­American slaves, and those insults continued for decades after the emancipation.

Nowadays, the N-Word seems to be used all time. I’d even go as far as to say it is excessively used in everyday conversation. According to the website, “The Daily Mail,” the N-­Word is typed over 500,000 times daily on Twitter.

Ironically, African-Americans are the ones using the word the most. In everyday conversation it is used by African-Americans — but if someone from any other race, particularly a white person, uses the word, it is seen as extremely offensive.

The history of the N-Word is so dehumanizing that it is just absurd that it is still used so much today. The N­-Word was originally used in a way to make slaves feel more like animals than the humans they really were. Blacks did not call themselves this word before they were slaves. This hideous name was given to them by their racist and simple-minded slave owners. After the slaves were liberated, and well through the civil rights movement, this word would continue to be used by racists as the supreme insult.

Another reason why the use of this word shocks me is just the irony of it. Many African–Americans use this word excessively every single day when addressing other African-Americans. Just in normal conversation they’ll use it after, “What’s up?” or, “What’s good?” So it is pretty much the equivalent of the traditional greeting, “Dude” or,”Girl” or, “Bro.”

And what is really unfair about this phenomenon is that only black people seem to be allowed to use the word — like it is somehow their right to say it any way and any time they want. But, if someone from any other race uses the word, than they are immediately put in the wrong. This just shows that this word truly separates the races.

I have heard this word so many times at school, I just do not understand why someone would use it at all. Whenever I hear someone use it, whether it is meant to be an insult or a normal greeting, I shudder and do a double-take.

Words truly can hurt, and the N-­Word has a history of hurting people to the highest degree. The N­-Word’s ugly history is reason enough to not use it. The pain that it caused those people so many years ago should still be fresh in the minds of all people, especially African-Americans. And it should make them think, “Is it wrong to use this word?” And concerns me that so many African-Americans have not asked themselves that question — that so many continue to use the word, glorify the word in social media, college debates and in rap culture — even
Christian rap.

I take a stand and say that I pledge not use the word, and I encourage others to take this pledge as well. If all people, regardless of race, refrained from using the N­-Word, then I think that racial equality would increase and only get better from here on.

Natasha Graham, a senior at Northern High School, is serving as the teen editor-in-chief of the Durham VOICE.