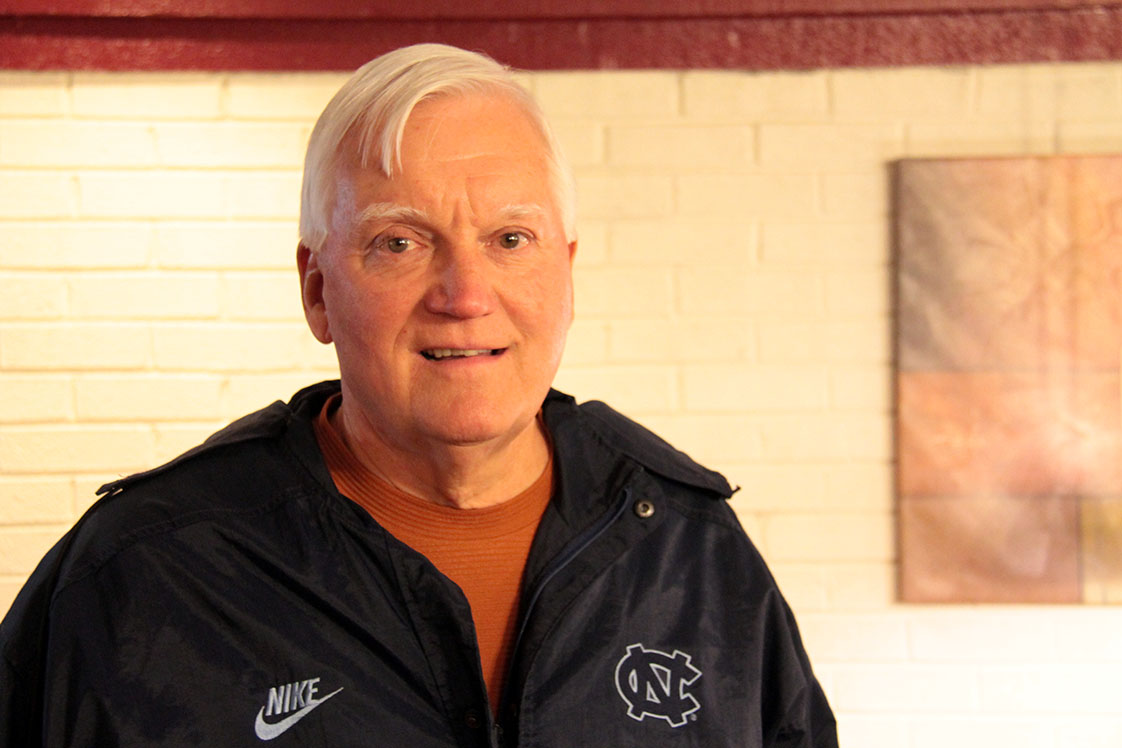 Growing up on a farm on the edge of Durham County, Ken Browning never dreamed of being a football coach.

He hadn’t even began playing the sport until he reached Northern Durham High School in 1960, and even then, he thought he would go into veterinarian school.

But that all changed during his senior season in 1963.

Coming off of a stellar junior campaign and taking on a new role as team captain, Browning was poised to put together another All-Conference performance. But in a game against Chapel Hill High School that year, Browning got injured on a crack-back block. He knew how bad it was, but he didn’t let anyone else know that. He was staying on the field.

“I talked to (our team doctor) at halftime and said, ‘Doctor, it’s just a sprain. If you just get me something for the pain I can continue to play,’” he recalled. “And why he did it, I don’t know — but he gave me a shot of Novocaine and I played the second half.”

When Browning and his family went to see an orthopedic specialist the next day, they found out that he had broken a bone above his ankle joint. He would miss at least six weeks, and possibly the rest of the regular season.

To keep him involved with the team, Northern’s coach, Ernie Martin, asked Browning to help out with the freshman team. This is where the idea of coaching began to take hold.

“It made sense to me. I knew everybody’s assignments pretty much. Even the guys I played with, if they didn’t know what to do, they’d ask me,” Browning said. “And the coaching felt, I don’t know — it just felt right.”

Browning would return to the playing field after just four weeks, but the time spent with the freshman team changed everything. Browning was going to be a football coach.

Allen Brown, Browning’s long-time friend and current associate head coach at Winston Salem State, saw Browning’s desire to coach when he met him as a freshman at Guilford College in 1964.

Brown shared the same sentiment, and knew that his teammate had the potential to do great things.

“I knew I wanted to be a football coach, and I don’t think he was far behind on that,” Brown said. “He was smart. He was prepared. He was competitive.”

Browning got his first head coaching gig at Ledford High School in Davidson County in the fall of 1970, partly because no one else wanted to take the job. The team had won only a handful of games in the few years before Browning took over, but when he finished his tenure there, he had effectively turned the program around.

After six years at Ledford, the opportunity of a lifetime presented itself to Browning. He had a chance to go back to Northern, back to where the prospect of coaching first cropped up in his mind.

He wasn’t going to miss it.

“I cared so much about the school and what it had meant to me, and I wanted to try and give some of that back, not only to the players but to the community,” Browning said. “It was sort of like payback I guess. I felt like they had done a lot for me.”

In 18 years as the Knights head coach, Browning amassed a 214-56-6 record and averaged 12.5 wins per season. In 1993, he coached Northern to a North Carolina 4A State Championship.

But after the 1993 season, a new opportunity presented itself. Mack Brown, then the head coach at the University of North Carolina-Chapel Hill, called up Browning and asked him to join his staff.

Browning said it was one of the most difficult decisions he ever had to make, but eventually he decided to leave his alma mater for the next level.

“As hard as it was to leave (Northern) emotionally, at some point the challenge attracted me,” he said. “At that time I probably thought I’d finish my career at Northern. It wasn’t that I was looking for jobs, it just kind of happened.”

Browning would spend the next 18 seasons as an assistant with the Tar Heels, where he coached several position groups, including defensive tackles, tight ends, offensive tackles and running backs.

This versatility, Browning said, is something that allowed him to have the level of success he accumulated at UNC.

“I think sometimes guys can specialize so much so early in their career, that they kind of get pigeon-holed into it,” he said. “I always felt like it was a big advantage for me that if I was coaching defense, that I had all the offensive background that I had.”

Browning’s ability to coach multiple positions gave him the opportunity to reach the minds of several young players. He thought of himself not only as a football coach, but as someone who could train his players for life beyond the sport. This is what was most important to him.

“Learning life lessons such as being able to take instruction, seeing something become more important to them, being on time, learning how to get along with other people and work together, all those qualities that are a lot more important to them than whether they can base block or pass protect, those other things will carry on further in life than any of that will,” he said.

Anthony Perkins, a former defensive tackle for the Tar Heels, sees this as Browning’s most important asset as a coach. Even when his team was struggling, he was there to remind his players of the important things.

In 44 years of coaching high school and college athletes, Browning taught his players the importance of being a good man, and not just a good football player. And after he retired following the 2011 season, the want to keep mentoring players drove Browning to Winston Salem State, where he volunteered to help his good friend Brown and the rest of the coaching staff, something he still does today.

And what does Browning have to thank for that? A broken leg, a caring coach and tons of willing players, without which he may have never made it from that farm on the edge of Durham County to the hearts of hundreds of former players and colleagues.

Jeremy Vernon, a junior from Greensboro majoring in reporting at UNC-CH, is serving as the sports editor of the VOICE.