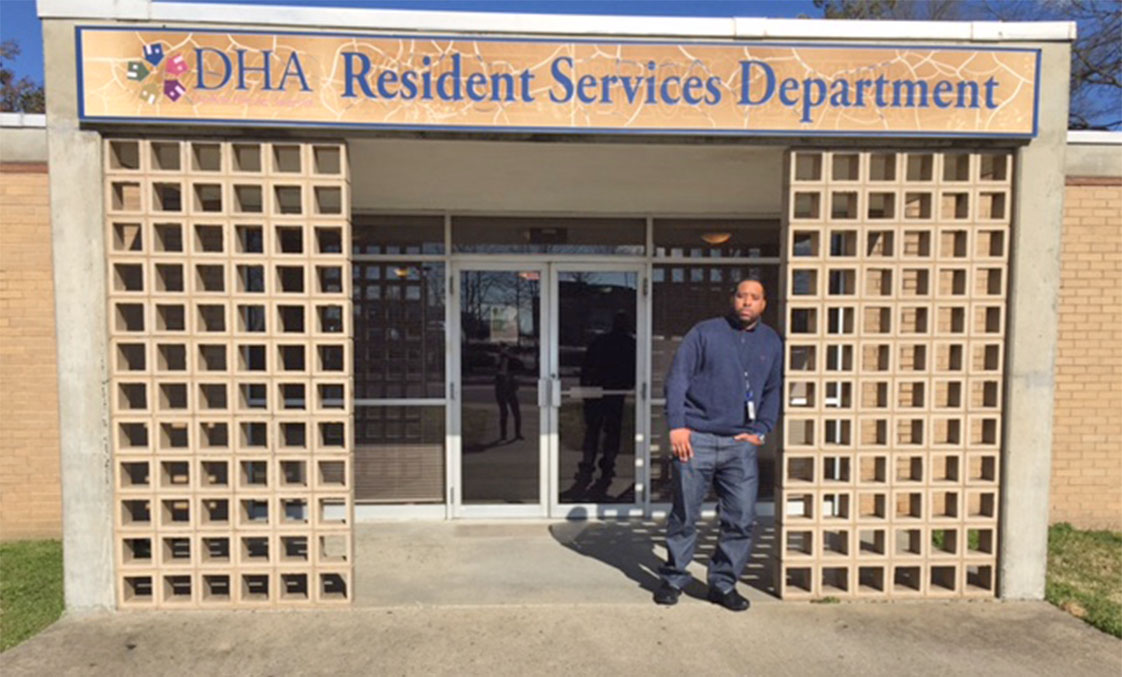 Carlos Rawlinson is the man behind the plan. As a youth and education specialist for the Durham Housing Authority, Rawlinson is bringing a teen center to the Liberty Street area, which is right in his department building's backyard. (Staff photo by Candice Craig)

Fourteen-year-old Amiya Wilds was walking around outside of her neighborhood on Liberty Street with a couple of her friends, wishing there was something to do since the after-school program she attended in her neighborhood was stopped.

“There’s not many kids out here,” Amiya said. “Everyone’s either moved or is locked up now. We’re bored.”

Amiya and her friends complained about having only two options when they come home from school — staying in the house all-day or hanging out on the street.

According to Durham County’s juvenile crime and delinquency four-year study, the crime rate in the county for children between the ages of 10-17 for serious crimes — which include “serious property or weapons offenses as well as A1 misdemeanors and assaults” — almost doubled between 2011-14. The county often had higher levels of serious crimes in comparison to statewide averages.

Carlos Rawlinson, youth and family education specialist for Durham Housing Authority, said this is why he started setting up a teen center for local youth. The goal of the center, according to its proposal, is to “effectively provide a safe and secure place for the youth to attend within the community to interact with other youth in positive activities.”

Rawlinson has plans of getting equipment that will entertain the youth in the center such as: gaming systems, computers, laptops, TVs, a pool and a pingpong table.

“With the teen center, I want to not just make it a recreational center, but I want to do things like parenting classes when the youth are in school and GED classes for some teens who dropped out of school,” Rawlinson said. “If kids are getting in trouble in school, let’s use the teen center as a place for students to go when they are suspended. It’ll be like a second chance and I’ll make sure that the students are doing everything they need to do while they’re suspended so they won’t be far behind when they get back.”

Life-skills classes and clubs, like a boxing club, will be held in the center and used to keep kids motivated to stay in school.

The concept of a teen center came from Rawlinson’s supervisor, Tammy Jacobs, a youth and family education specialist for DHA. Rawlinson said he received a lot of help starting the teen center from his older brother, Cory Rawlinson, youth minister at Grace Church of Durham.

“Imagine a place where teens will learn, grow, and actually want to be there,” said Cory Rawlinson. “Well that’s what the teen center is going to do. It’s going to be a place where the teens are the ones creating and having a say so in what they do.”

The teen center will be a safe place for both the interests and needs of the youth, Carlos Rawlinson said. It will also connect youth to positive peers and adults.

Youth participate in their communities because gang violence makes it dangerous for them to travel to other areas for programs. Rawlinson said he wanted to make a teen center that was accessible to youth around the Liberty Street area.

“There’s problems that come with kids being out on the street,” Rawlinson said. “When school is out, kids are looking for things to do and places to go, but we really don’t have that many places for our teens to go anymore. That’s why you see a lot more gang violence and such. There’s a lot more teens trying to find something to do and getting in a lot more trouble.” 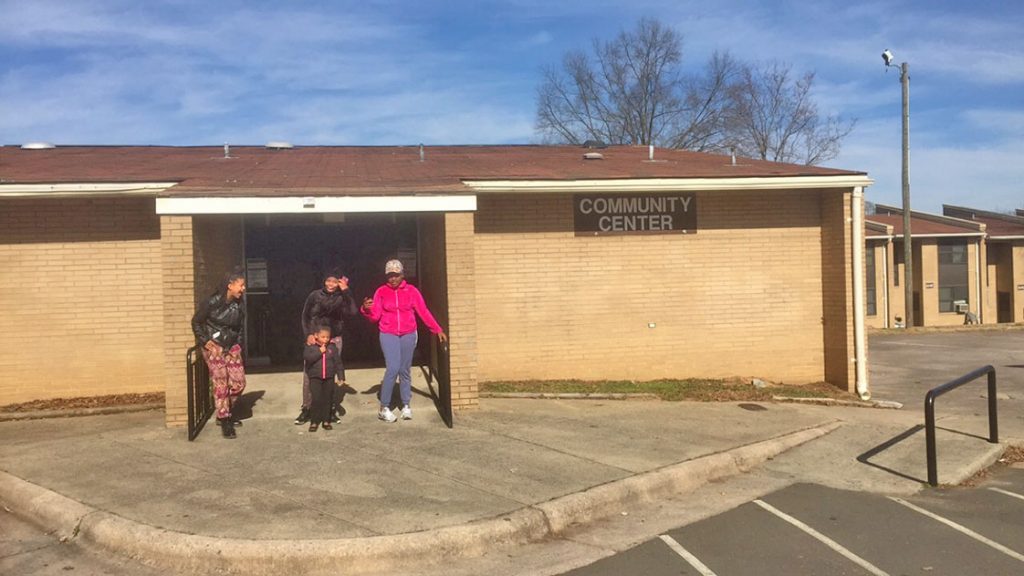 Although closed now, children such as Shamia Lewis, Shaneeka Cox, Amiya Wilds, and Zania Council still hang around the community center where the teen center is going to be placed. Shamia says she’s excited to hear about the coming of a teen center. (Staff photo by Candice Craig)

Candice is a UNC-CH senior broadcast journalism major from Gastonia serving as the teen mentoring coordinator for the Durham VOICE.