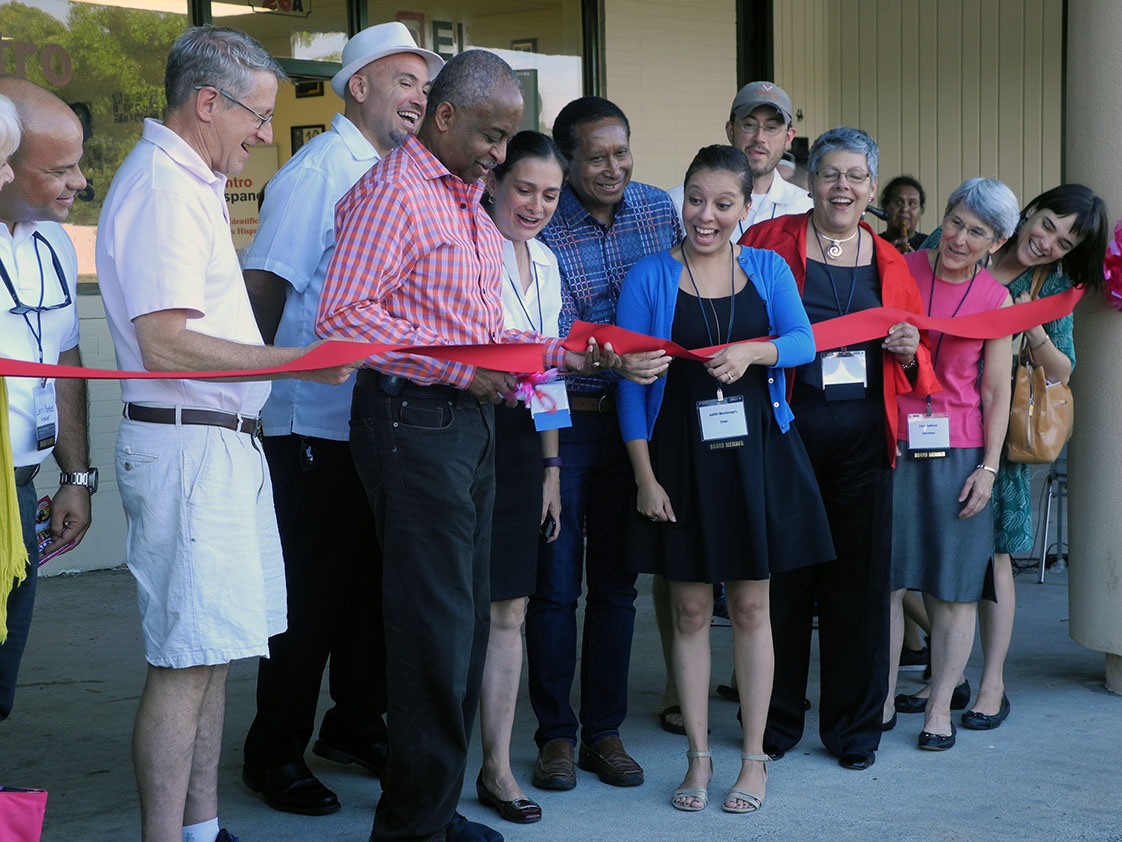 El Centro Hispano celebrated its move into a new office space on Saturday, Oct. 1, holding an open house and town hall meeting for board members and citizens of the community.

The organization moved into the new space at 2000 Chapel Hill Road in late May, said Pilar Rocha-Goldberg, El Centro’s president and CEO. Rocha-Goldberg said El Centro had to move from its old building on East Main Street in Durham when the city purchased the building for a new police headquarters. The organization’s new location is part of the Lakewood Shopping Center.

“It used to be a police station there a long time ago and the building was empty for many years,” Rocha-Goldberg said. “But we got a good deal, so we decided to do the renovations.”

El Centro is a nonprofit organization with offices in Durham and Chapel Hill-Carrboro that works to strengthen the community, build bridges and advocate for equity and inclusion for Hispanics in the Triangle, according to its mission statement. The Hispanic community makes up 14.5 percent of Durham’s population, according to 2013 census data.

At the open house, Rocha-Goldberg and other members of the staff led a town hall meeting to discuss the organization’s work in the last year and to talk about the mission moving forward.

“We believe that education is the key for the chance,” Fragoso said. For this fiscal year, the organization will work toward a goal of offering a GED program along with the elementary and middle school options, she said.

The town hall meeting covered El Centro’s finances, highlighting incomes and expenses of the past year. Christa Gibson, treasurer of El Centro’s board of directors, said 77 percent of the organization’s income comes from grants, while the rest comes from fundraising events, program revenues, investment incomes and membership dues. The income for the past year was $870,673 while expenses were $884,360, Gibson said.

El Centro would like to move away from a grant-heavy income, said Francisco Duque, El Centro’s development and human resources manager.

“[Grants] have some restriction or limitations because some grants don’t allow the organization to use the money for overhead,” Duque said.

The organization wants to earn more through its own development and areas like fundraising and membership, Rocha-Goldberg said. Duque agreed with Rocha-Goldberg and said fewer grants would allow for more flexible spending.

“We would like to expand because when you have your own resources, you can grow and can do even more,” Duque said.

Membership dues are four percent of El Centro’s total income, Gibson said. El Centro’s website lists two types of memberships—individual and business. With an individual membership that ranges from $30 to over $100, a person can vote for the board of directors, receive discounts at El Centro events and partner businesses while supporting the Hispanic community.

Rocha-Goldberg said El Centro had about 700 due-paying members, but that the organization has shifted away from memberships with the introduction of the Faith ID program. The program provides community members who may lack a government-issued ID with a verifiable form of identification, which can be particularly useful when dealing with law enforcement, Rocha-Goldberg said.

El Centro held its first ID drive in February and held its most recent drive Sept. 24. Rocha-Goldberg said the organization has given out roughly 1,400 IDs.

Durham Mayor Bill Bell and Sen. Floyd McKissick Jr. attended the open house. In the ribbon cutting ceremony that closed the event, Bell cut the ribbon along with Rocha-Goldberg, McKissick Jr., and El Centro staff and board members.

Noah Grant is a UNC-CH senior reporting major from Gastonia serving as a staff writer for the Durham VOICE.