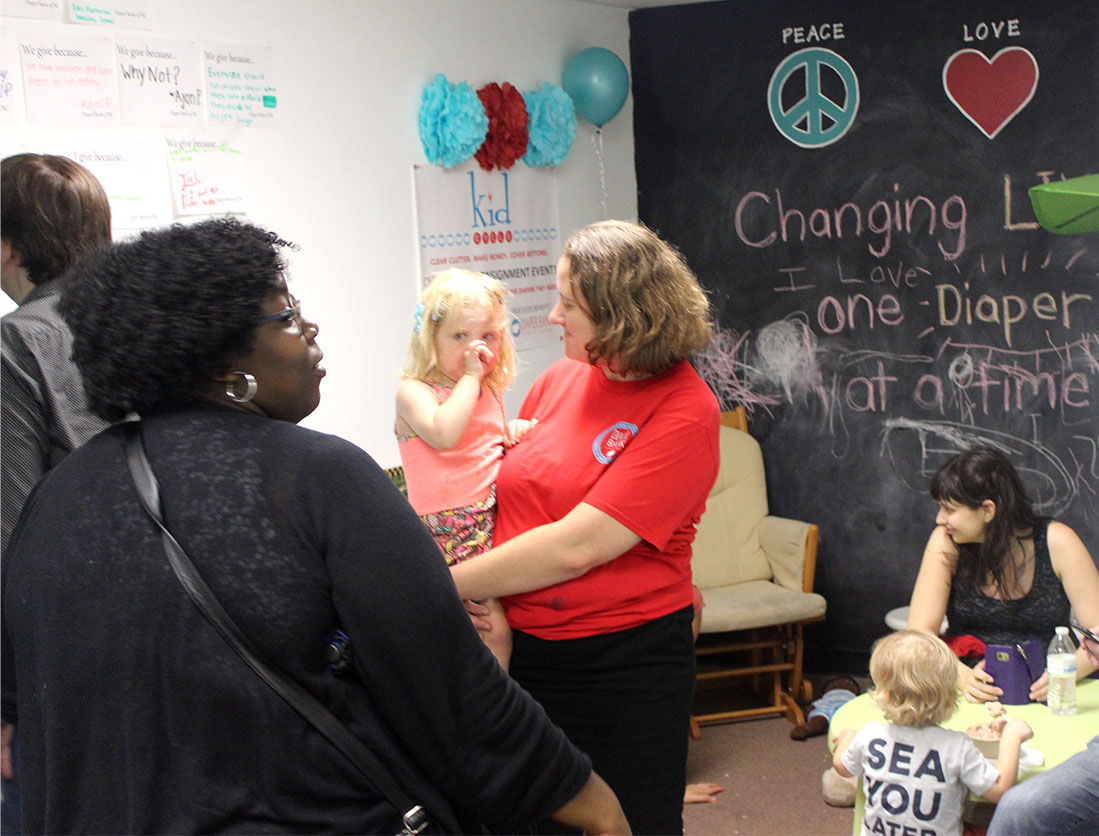 Volunteers who staff the Diaper Bank gather in front of the chalk wall with their children. (Staff photo by Travon Wallace)

You don’t normally associate the word diaper with bank, but that’s not the case here in Durham where Michelle Old made her diaper bank dream a reality.

Michelle Old, the Founder of “Diaper Bank of North Carolina”, says that the diaper bank was started back in 2013 on a kitchen table, after she and her husband adopted a one-day-old baby, who suffered from a serious diaper rash. 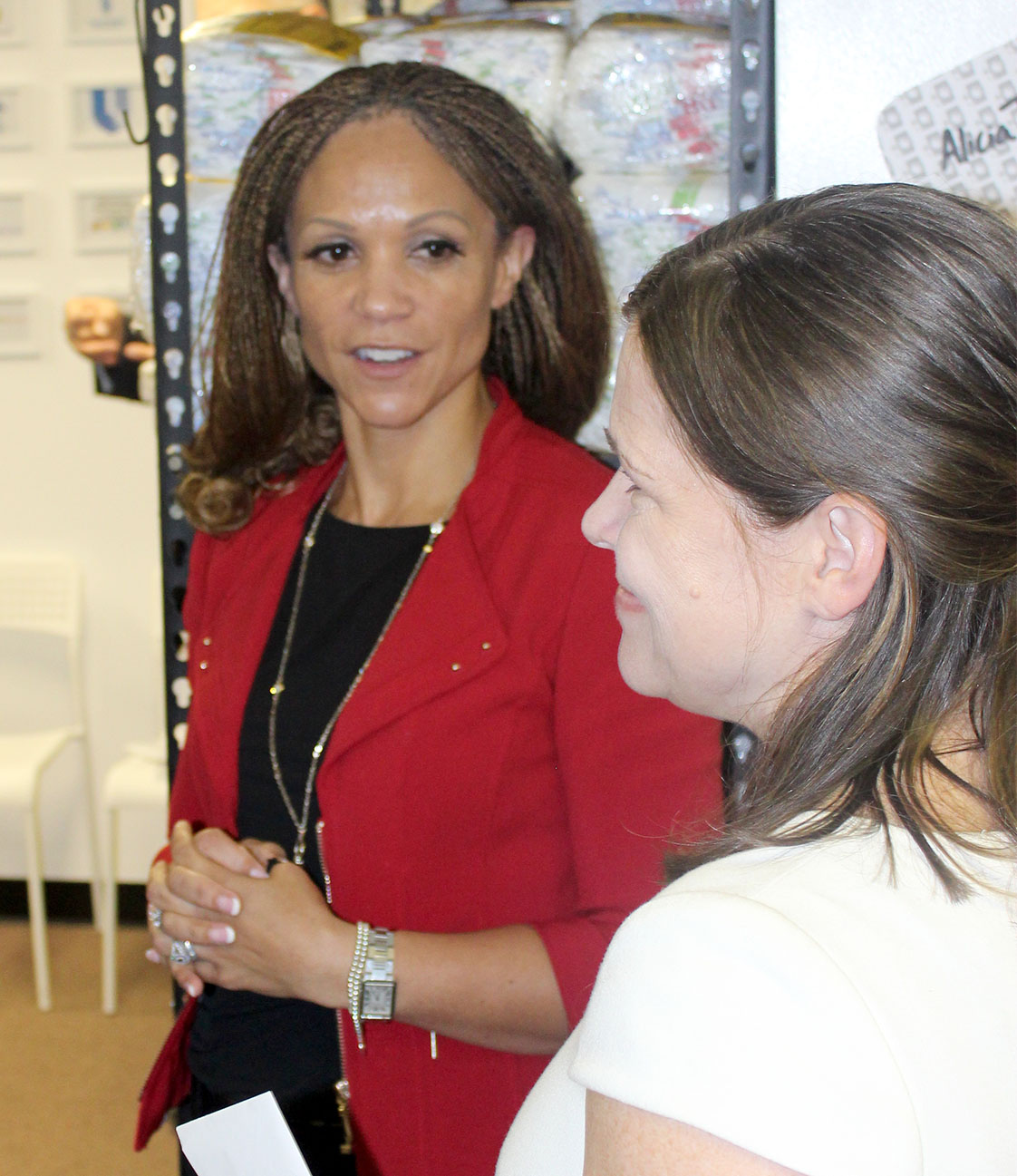 “While we were changing his diaper 15-20 times a day, we still couldn’t stop the infection,” Old said. “I started to wonder about the families who didn’t have the resources to grab the next diaper.”

Diapers lined the walls of the building from the front to back, children played, running in and out while drawing on the chalk wall.

Board member, DiJuana McDougal says that Harris-Perry supports the diaper bank and helps get the message out to a larger audience.

“I met Michelle when she was featured on my show on a segment called Foot Soldiers and I didn’t know that diapers weren’t covered by standard government assistance,” Harris-Perry said. “That’s why I’m so passionate.”

According to NCDiaperBank.org, the Diaper Bank of North Carolina distributes over 165,000 diapers across the state per month. 100,000 diapers are distributed in the Triangle area.

“We give the diapers to different organizations to help families in need, we don’t put restrictions on our supplies,” Old said.

Although this is the first open house, the bank has done several other community projects in Durham, including an event with the Durham Bulls. One of the largest events is the twice yearly consignment sale, which is going on this weekend (Oct. 9-11) in three store locations at Northgate Mall.

“I love what the bank does for the community. It is very needed because diapers are a necessity for life,” community member Marquis Greenfield said.

“My goal the first year was to distribute 50,000 diapers. Now we distribute over 200 million diapers,” Old said.

Although the diaper bank is still in its early stages, it has made a major impact on the North Carolina community.

“I’m glad to be a part of this, here was a huge need that we don’t talk about,” Harris-Perry said.

Travon Wallace of Washington, N.C., is a journalism student at NCCU. He is a staff writer-photographer for the VOICE.