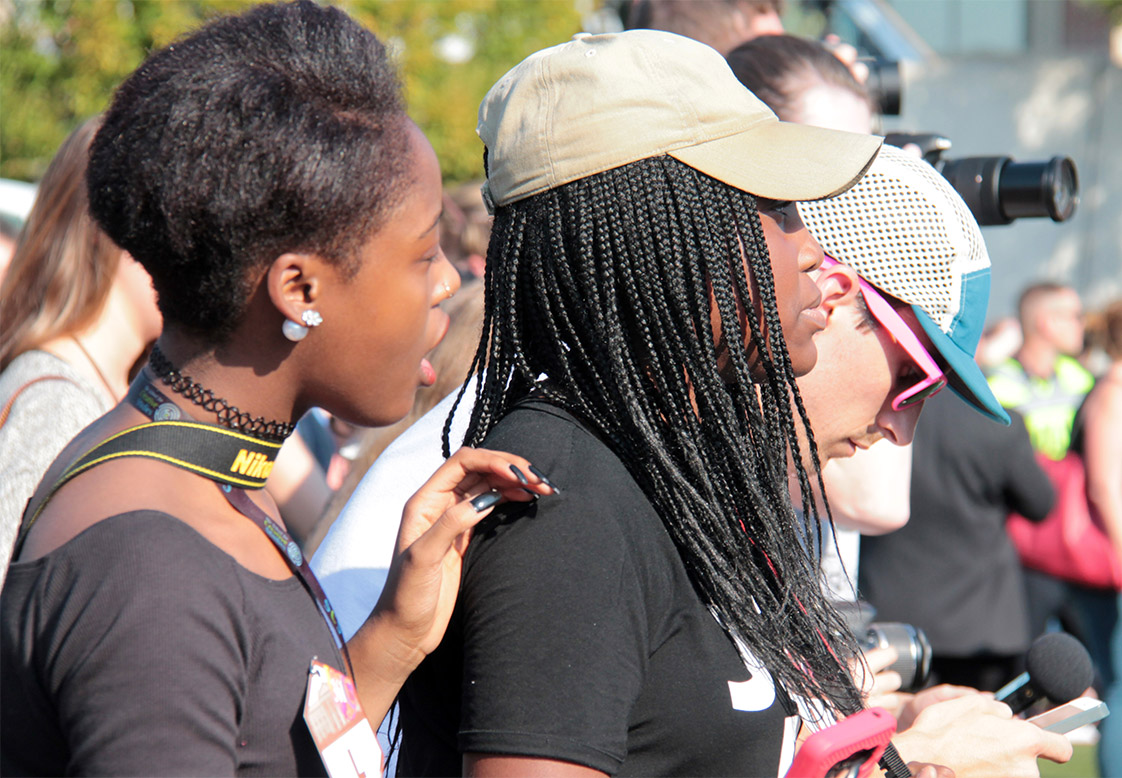 On Wednesday, Nov. 2,  I had the opportunity to see President Obama give one of his last speeches as sitting President at the University of North Carolina in Chapel Hill.     Throughout the day there were several speakers such as Deborah Ross, Roy Cooper, James Taylor and an UNC advocate for the Clinton campaign.

When Roy Cooper spoke he stated, “North Carolina used to be known for its mountains, beaches and universities. Now, it’s known for HB2.People from other states ask “What in the world is going on in North Carolina?

“The legislation of the last few years is not who we are in North Carolina.”

“We need to invest in education and community colleges as well as Medicaid expansion and renewable energy. North Carolina is welcoming, HB2 is not and it should be repealed,” Cooper said.

Soon after Cooper spoke, James Taylor sang a few songs, and different people came out to speak about the importance of voting.

President Obama came out and gave his speech. “In 2008 the issues were the economic recession and the Iraq War,” the President said. “We’ve turned the pages. We’ve seen America battle back. America kicked foreign oil, brought home troops, took out Osama. What I have seen is what makes America great and that’s its people.”

Obama reiterated the idea that diversity is what makes America great.

Obama went on to say that we’re not Democrats or Republicans first — we’re all Americans.

He told a story about a woman named Grace from North Carolina who had had Republicans trying to suppress voters in her area where 2/3 of the voters on the registration list are African-American. Her right was restored.

“Protests aren’t enough if you aren’t voting,” he said. “We need a candidate who will fight climate change, who believes in science. When you’re in a barbershop watching the Tar Heel game, don’t just grumble about politics. Go vote.

All around town that day there was excitement. It was about 80 degrees and the speech was outside and there were a number of people passing out from the heat, requiring volunteers to give out water. There was also a medic always close by.

For me, it was so beautiful seeing how excited people were and the patience they had while waiting and listening to the first black President to speak.

Even though the election did not turn out how I wanted, this is a day that I will always remember.