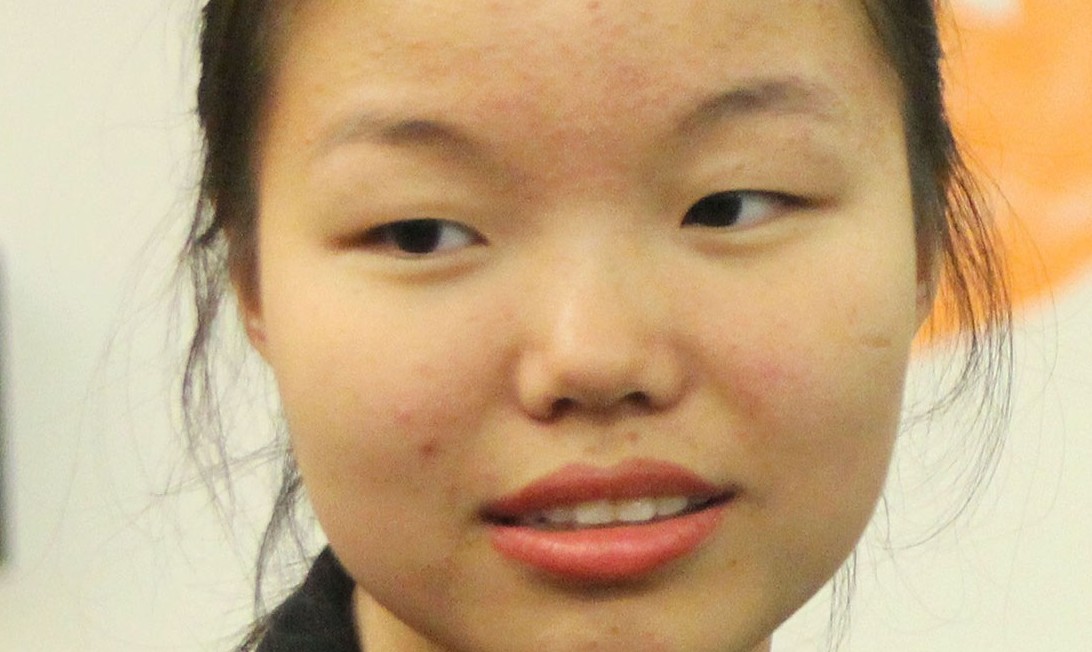 Growing up, I always felt different.

I always entertained myself alone. Played alone and read alone.

I was a huge daydreamer and a helpless romantic. I loved to play doctor, school teacher or the mom going into the hospital because she’s having a child.

It was just something I always effortlessly did.

My story starts when I was born into a Chinese-American immigrant family. I was sent to China to be brought up by my paternal grandmother. Through the fours years I was with her I was spoiled rotten. Whatever I wanted I got. While there, I was exposed to two other languages: Mandarin and the Fujian dialect.

I was nurtured and given the utmost attention by my grandmother.

When I was around 4 years old, out of the blue, my mom snatched me up to go back to America. I remember the scene like yesterday when my grandmother asked me, “Do you want to go to America?” The curious little girl I was immediately answered with a ‘Yes.’

A few days later, this lady came into the house and introduced herself as my mom. I had no idea what ‘mom’ meant. I just assumed she was a relative to my grandmother. As days passed I was taken from my grandmother’s house onto an airplane through security — all done by a stranger.

Now that was bizarre!

I was taken out of my comfort zone and put into a completely different environment. I had to learn how to adapt or be mistreated.

As small business owners with a restaurant, my parents were not the most patient with me since I had been spoiled by my grandmother. I never felt like I was able to grow up in a society with peers that not only looked like me and had the same culture, but had the same ideas my parents tried to instill in me. In most cases I would go against what my parents taught which made me a very difficult child.

I would go against them and their beliefs most of the time.

For example, accepting a gift from someone. The first time that happened my dad taught me that was wrong. I had no idea it was wrong, but he gave me a stern talking to and made me feel so bad I didn’t think about doing it again until I became a teenager. Not accepting a gift from someone when they want you to have it, in my opinion, is rude. So I started accepting gifts secretly from others and started giving them back, too.

This was a way to show love in American culture. However, it was not in Chinese culture.

I remember times when my grandmother and mom argued or disagreed upon taking money as a gift from the other. It just confused me so much, how if one person actually wanted or needed the gift, but would not take it.

I started to know who I am.

I started wondering who I was as a person instead of who I represented.

I started coming up with my own ideas of what is acceptable and what is not, instead of using what my parents taught me. Since I was living in a whole different kind of culture than them, it was hard for me to fit in with the “Asian” group.

But what was even harder was trying to fit in with Americans when I didn’t even look like most of them.

To this day it is still a hard spot for me to admit that I am different from everyone else — just from looks — but I think society should start getting past looks if it hasn’t and start thinking about what’s within a person that makes them great.

I know at the end of the day appearance matters to people. As a person who has let physical appearance bother me my entire life, I’d like to emphasize to the community that if a person does not like or respect you because you are of a certain race, ethnicity, background or anything that makes you different, it is certainly their loss.

Linda Chen is a senior at Middle College High School at Durham Tech and a Partners for Youth Opportunity intern with the Durham VOICE.