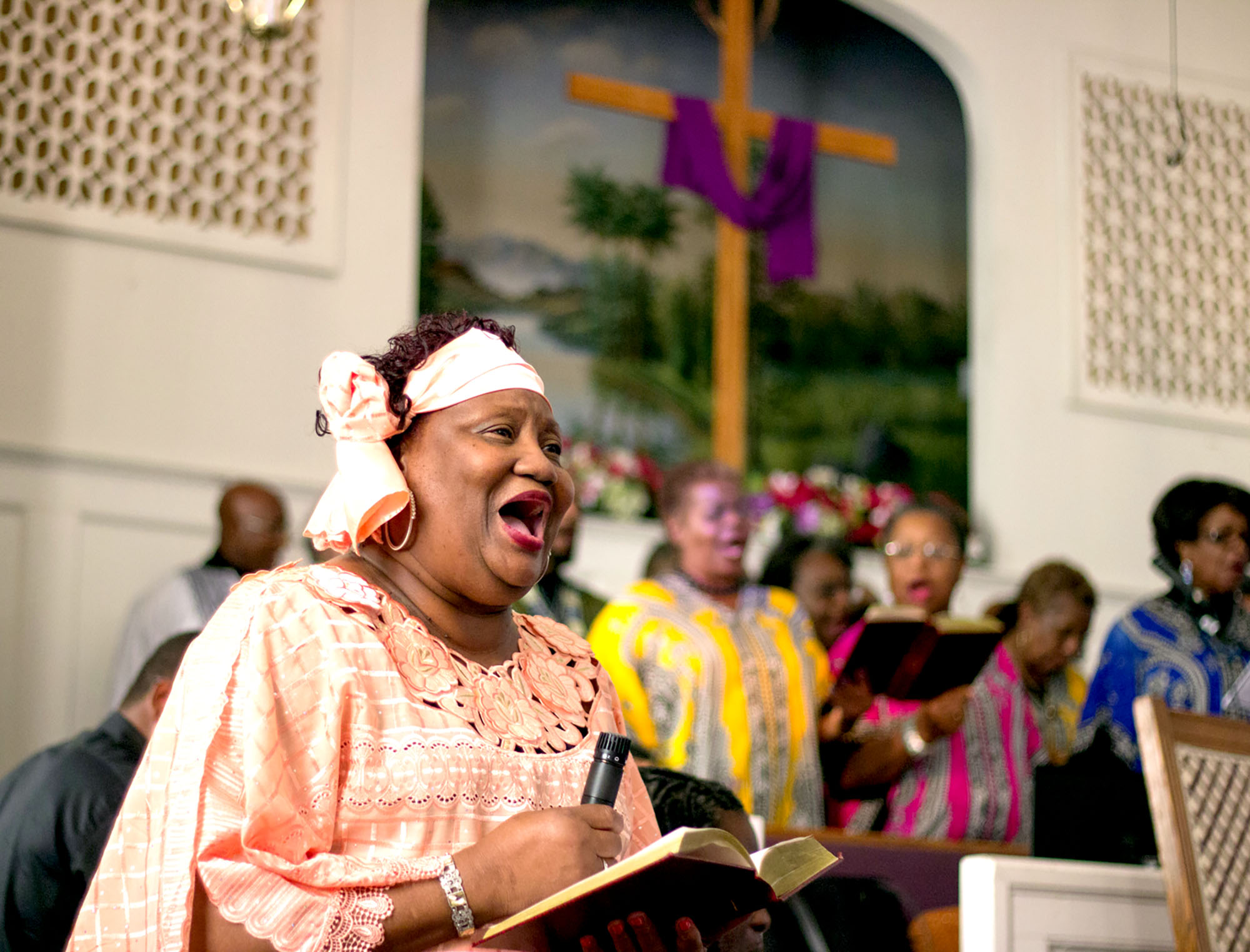 The pews of Antioch Baptist Church were packed Sunday afternoon as members of the Durham community gathered to celebrate the church’s annual Black History Month honorees. 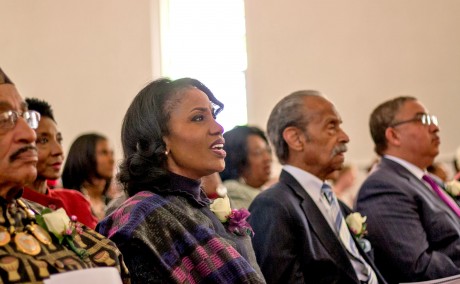 Honorees were supported by family, friends, members of their own churches and local community members. The Rev. Dr. Michael Page said the church selects the honorees by identifying which community members have made history as pioneers in their fields.

“I really want young people to actually get an opportunity to find out who some history-makers are in our community and then really give them people they can emulate,” Page said. “You know, some of these people’s names will probably never be in history books, but they have really been significant history-makers here in this community.”

This year, the church honored six members of the Durham community: Cerelyn Davis, Durham’s first black female police chief; Dr. Charles Johnson, the first black physician on Duke University’s medical faculty; William A. Marsh, Jr., the first black chairman of the North Carolina State Board of Elections; Representative Henry M. Michaux, Jr., the longest-serving black and Democrat in the North Carolina General Assembly; and Fred and Veatrice White, members of Antioch Baptist Church who have been highly involved in service and ministry for the past 17 years.

Davis said it was a privilege and honor to have been chosen, and that she was surprised to have been selected, given her recent move to Durham.

“I realized that it was more about honoring African-American leaders within the community, regardless of tenure,” Davis said.  She said the awards focus on “the contribution and the heart that we have for the work that we are doing.”

Johnson said he, too, was surprised to have been selected but thankful for the recognition. He said he has received many awards during his life, but that there is something special about receiving one from your own community.

“I was very pleased that someone thought – in my late years of life – you’ve done something worthy of note in the community where you have done it,” Johnson said.

Taquan Lynch, a member of Antioch Baptist Church who helped organize the event on Sunday, said focusing on the honorees is important because it allows people understand their heritage and see those in the community who have helped shape its future.

Throughout the ceremony, organizers highlighted the powerful example that the honorees set for young members of the community.

Louise Gooche, one of the Majestic Angels dancers, said that setting examples extends beyond just the honorees.

“I feel that seniors are the ones that can lead by example,” she said. “Instead of criticizing the young people for what they do, we should show them what to do by doing it [ourselves].”

Following the ceremony, attendees were invited to a reception in the church’s fellowship hall. While eating full plates of home cooked food from fried chicken, to pig’s feet, to macaroni and cheese, members of the community discussed the event.

The honorees had some advice for young people who want to make a difference in their communities. Johnson said young people need to focus on their education first and be patient when striving for success.

“There are no easy roads to success,” Johnson said. “[It is] hard work, disappointment and then success. Young people like to think things will happen right away. While for a few that might be true, for the majority, it takes really hard work and a lot of suffering and a lot of being turned down.”

Davis said that young people have to find their passion and commit to serving the community.

“You can’t lead an organization with the complications and problems we face right now without being out there and having a sense of empathy in our community – from immigration to education to youth crimes,” she said.

William A. Drew Marsh III, who accepted the award on behalf of his father, emphasized that the honorees weren’t just examples for the black community in Durham, but so much more.

“I think it’s great that our young people get to see people who have blazed trails for them, and we need to always keep that affirmation in the forefront of the community,” he said. “But it’s also important to note that black history is American history; so it’s for everyone.” 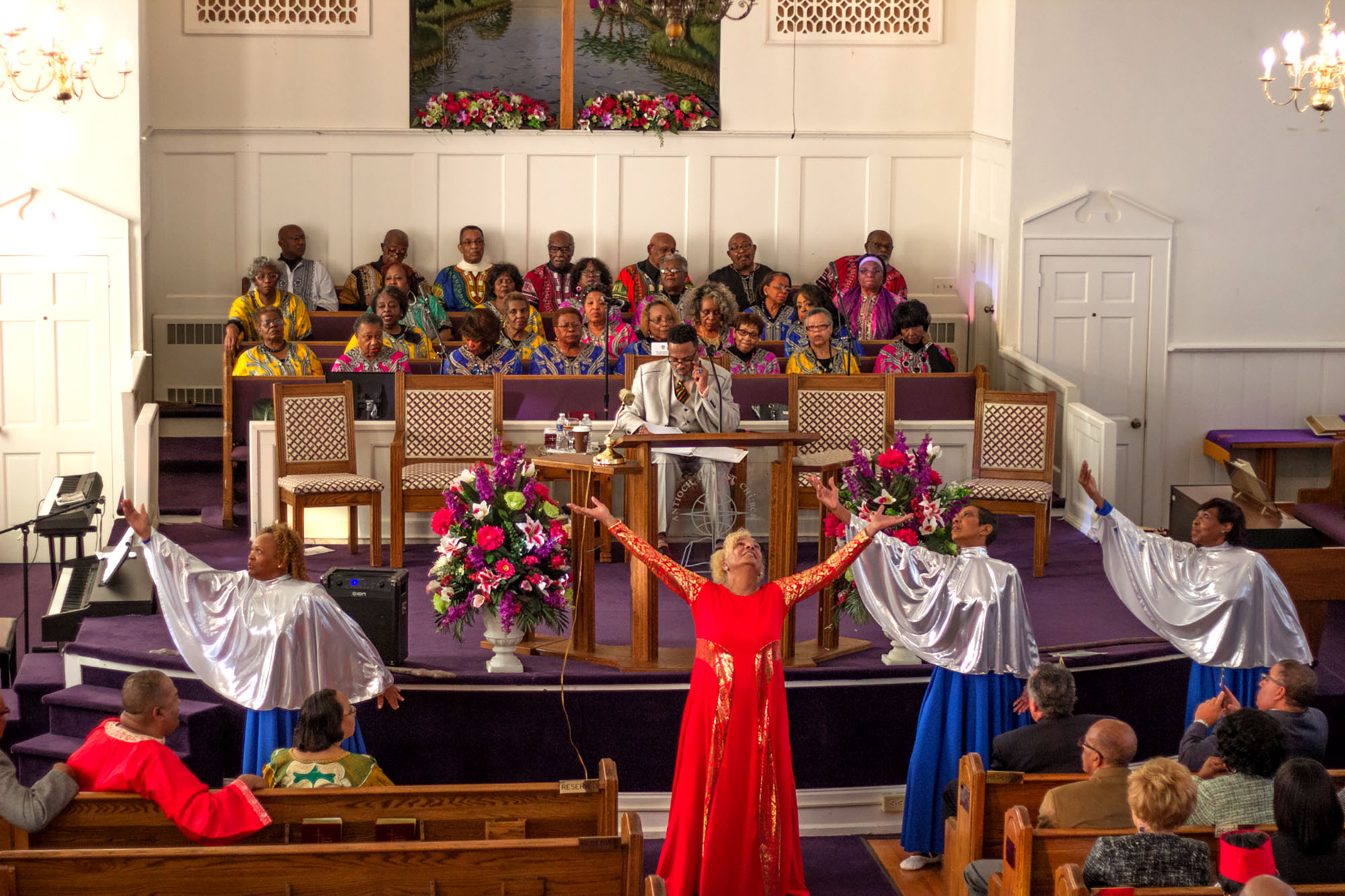