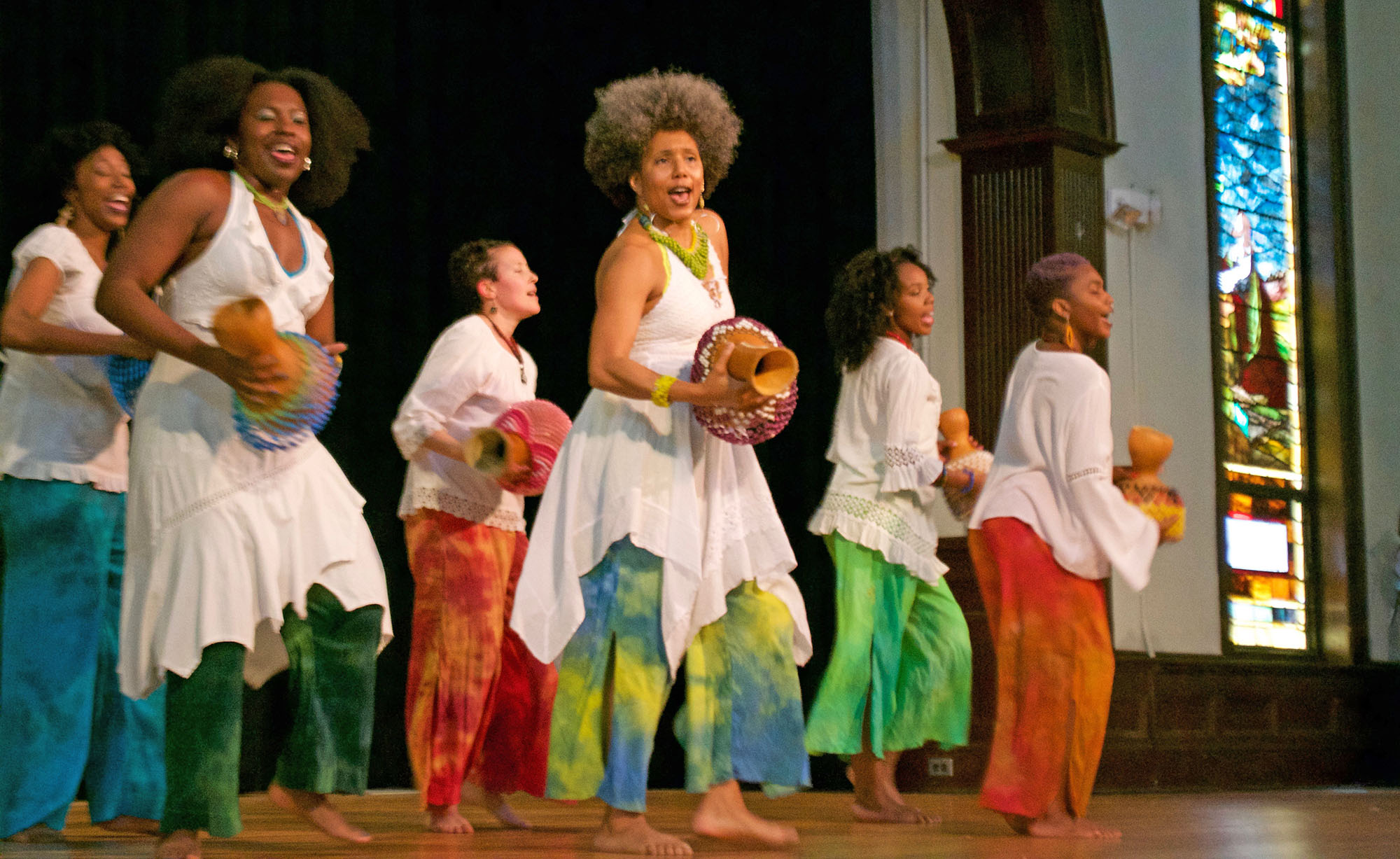 Ajua Arnette may only be 7 years old, but give her a microphone and a costume and she commands the stage. 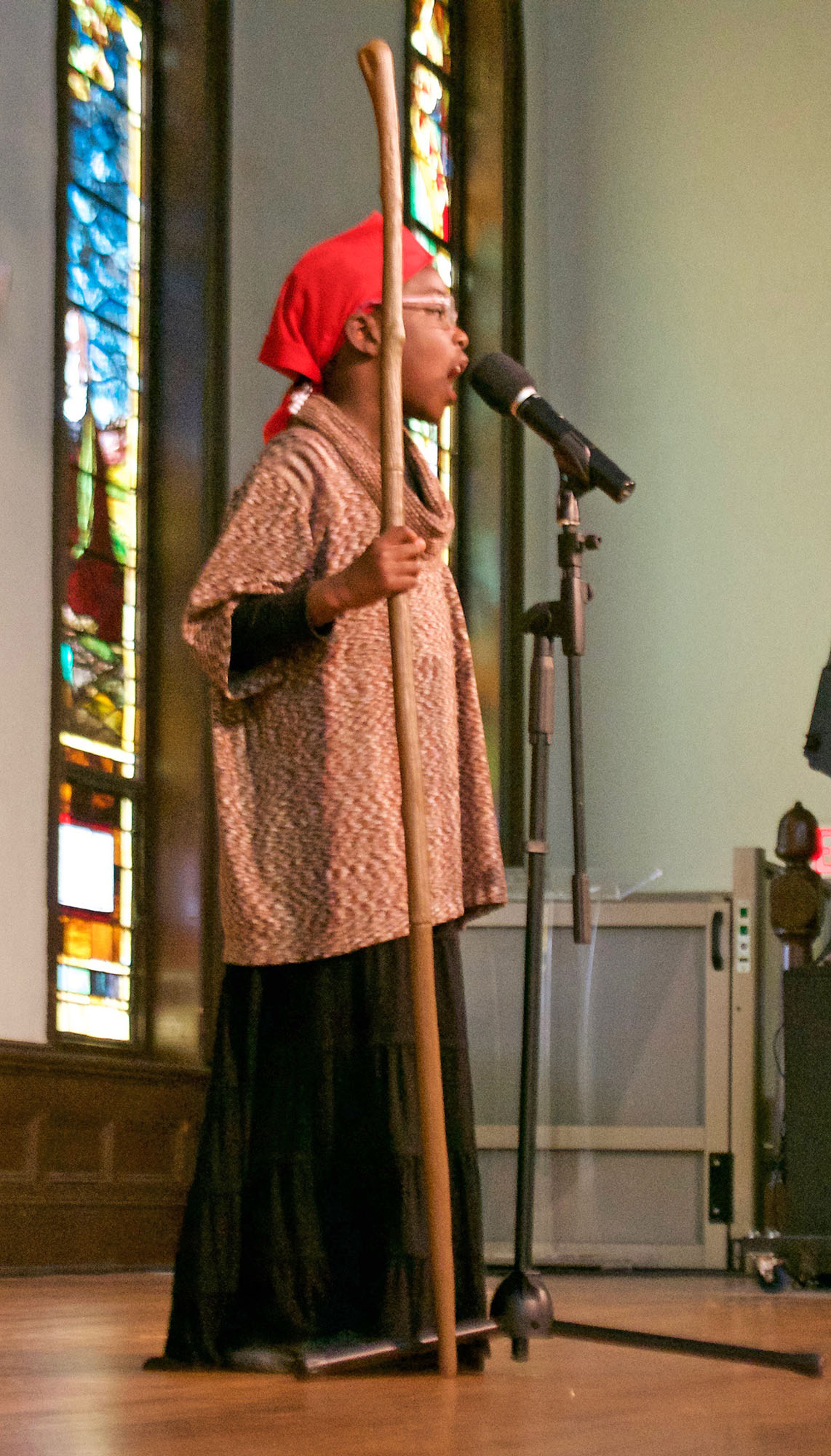 Seven-year-old Ajua Arnette recites her performance piece about Harriet Tubman and the Underground Railroad. Arnette is a first-grader at Sandy Ridge Elementary in Durham. (Staff photo by Catherine O’Neill)

A first-grader at Sandy Ridge Elementary, Ajua was one of the many performers at Hayti Heritage Center in Durham for Wimmin@Work 2017—an afternoon of artistic performances in honor of “Wimmin’s History Month” celebrated on March 25.

Ajua, who says she loves American history and wants to be an archaeologist, performed a speech from the perspective of Harriet Tubman, famous for liberating slaves via the Underground Railroad.

The afternoon included dance, music, poetry and scholarship, primarily by women of color from the local community. The event was co-produced by the Hayti Heritage Center and Andrea E. Woods Valdés, who is a dancer, choreographer and professor at Duke University.

Artist and preacher Kim Gaubault hosted the two-hour event and performed some of her poetry for the rapt audience.

Aya Shabu, a dancer from Durham, performed a piece called “Before there was Rosa,” which used dance, text and theater to tell the stories of historic African-American neighborhoods in Durham.

Other artists included Beverly Botsford, a cross-cultural percussionist and educator, and Kamara Thomas, a Durham-based songwriter and storyteller.

Dancers from Calabasa Calabasa: Dancing and Making the Music of Life performed while singing in English, Yoruba and Twi.

According to the program for the afternoon, the goal of the group is to “reflect spirituality, social justice and respect for and recognition of women” in their work. 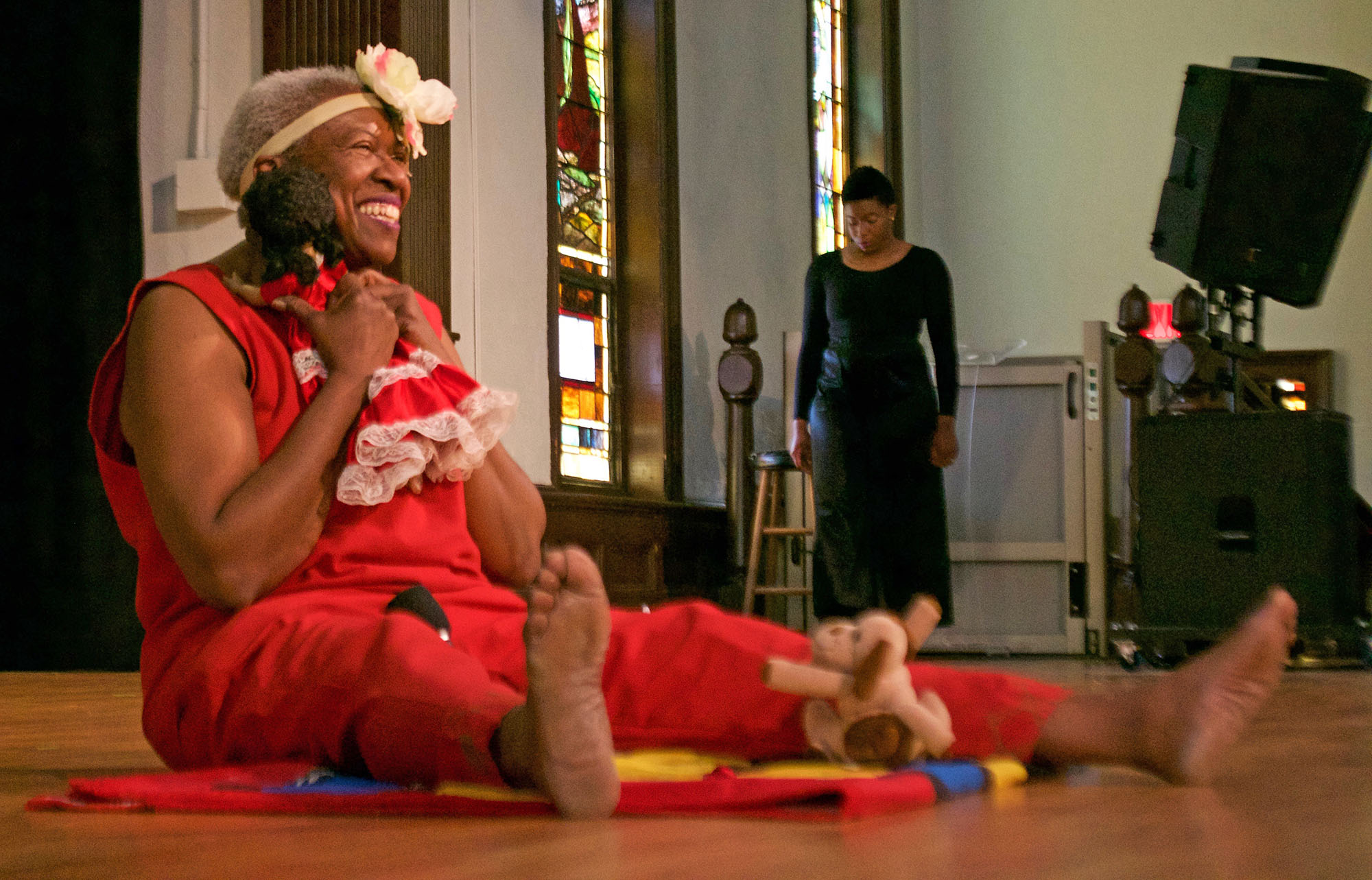 Dorothy Clark, a comedian, and Kadeisha Kilgore, a dancer, collaborated in a piece that traced the life of a black woman from childhood to adulthood.

Morgan Estes, a 16-year-old from Durham, has been dancing with the group for the past two years.

She said this performance was unique because of the supportive atmosphere the artists created for participants—even backstage.

“It’s such a warm and comforting atmosphere,” she said. “We all got into a circle together backstage before anyone came out to perform.” 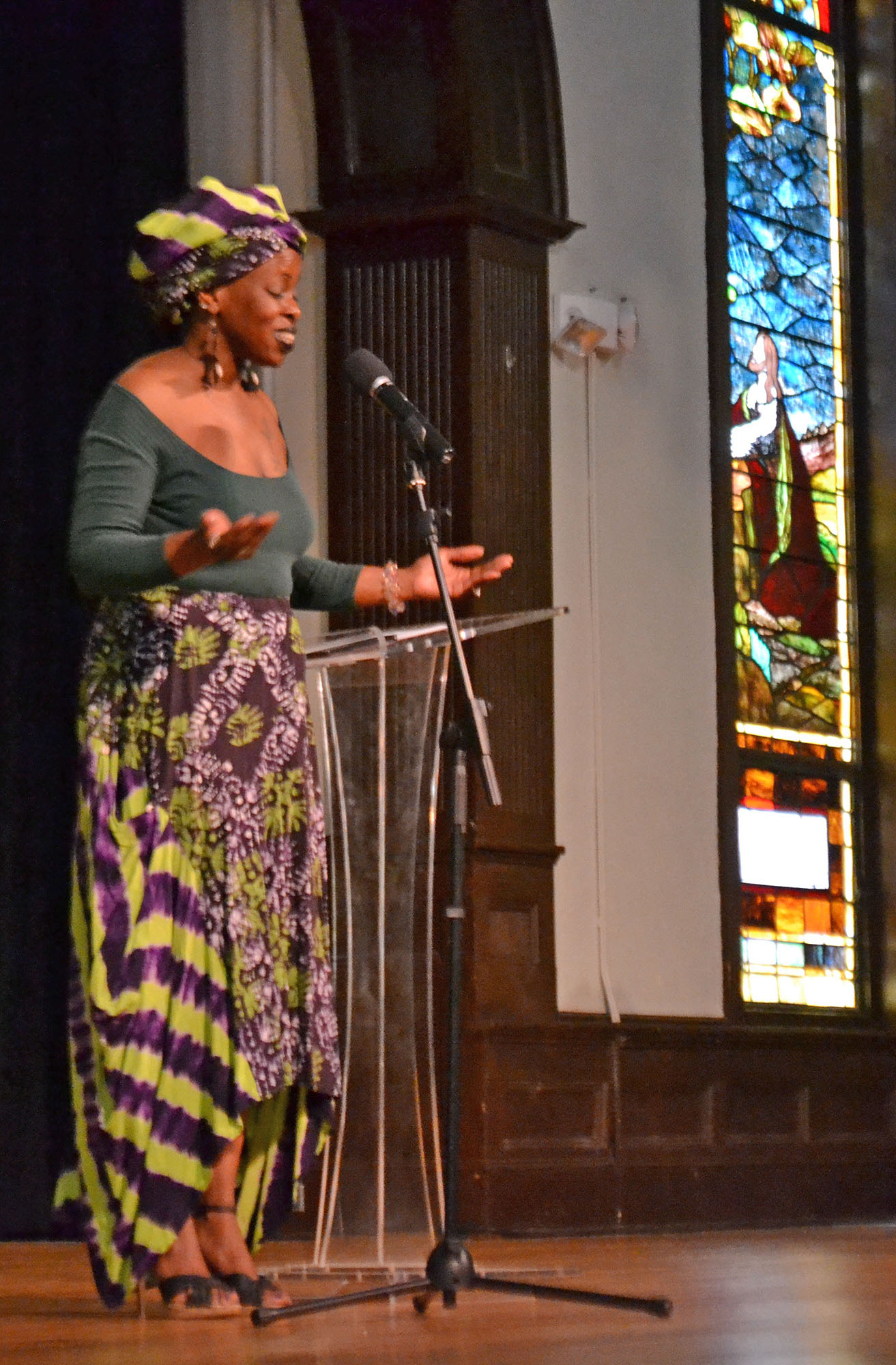 Host Kim Gaubault reads some of her work aloud to community members at Hayti Heritage Center in Durham. (Staff photo by Catherine O’Neill)

She also said events like this are important because they bring people together who might otherwise never get the chance to meet.

“I’m from Durham, but I go to school in Raleigh, so I don’t always have a chance to meet people from my community,” she said. “And that’s what it’s all about—meeting new people and bringing them together.”

Toni K. Hall, the artistic director for Collage Dance Company, said the significance of the group is more than just kids doing art.

“Activities like this are important because they help carry on the beautiful African traditions that might otherwise be forgotten from generation to generation,” she said.

Nina Kerr has been dancing since she was 4 years old. Now a senior at Hillside High School, she has been performing with “Sting” since her freshman year.

“It was so incredibly empowering to know that people who look like me are out in the community creating art,” she said.

Geoff Hathaway, an Alamance County resident, said events like this serve a crucial function in the community.

“This is a great event because it brings out the greatness in women,” he said. “And everyone needs to be reminded of their history.”
Edited by Molly Weybright and Jordan Wilkie 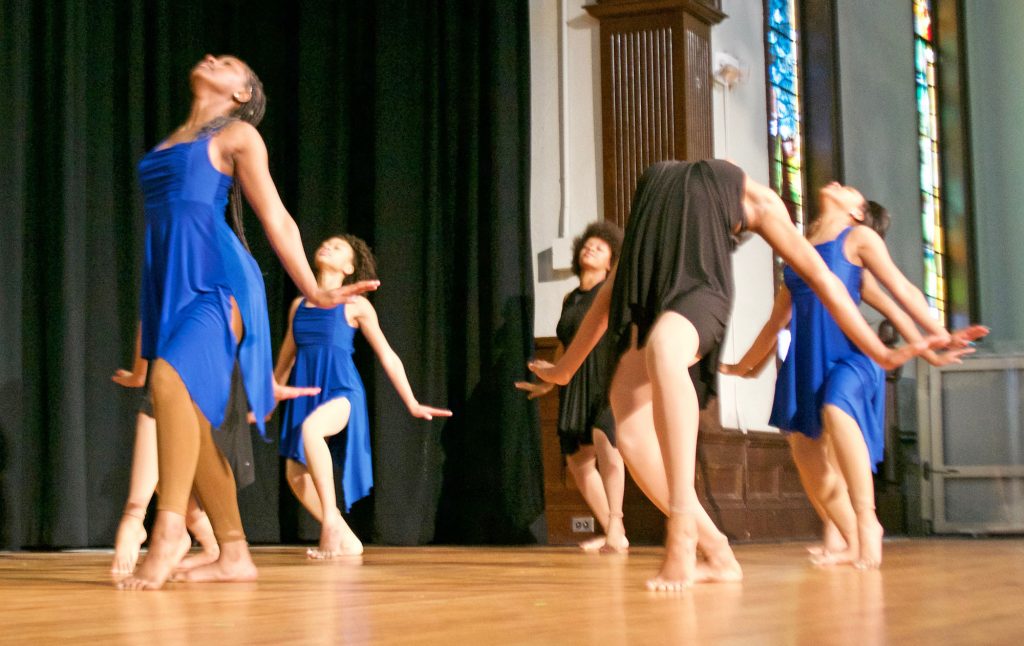