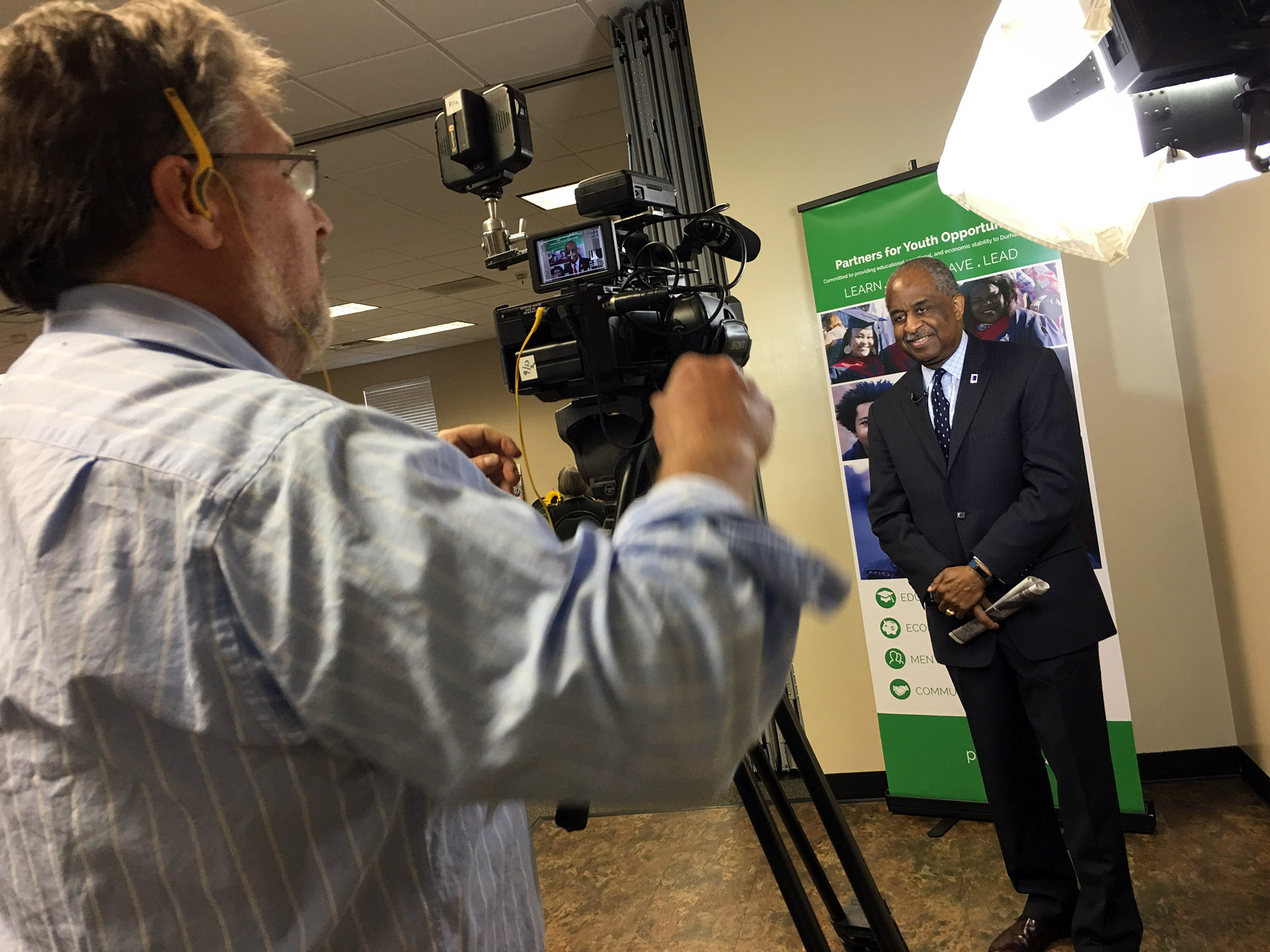 Durham Mayor Bill Bell has made a difference in the community he loves, and he will continue to do so after his final term expires later this year.

Bell, who has served as mayor since 2001, sat down with The VOICE to discuss his impact on the city, mainly regarding his poverty reduction initiative, which he unveiled in his 12th annual State of the City address in February 2014. 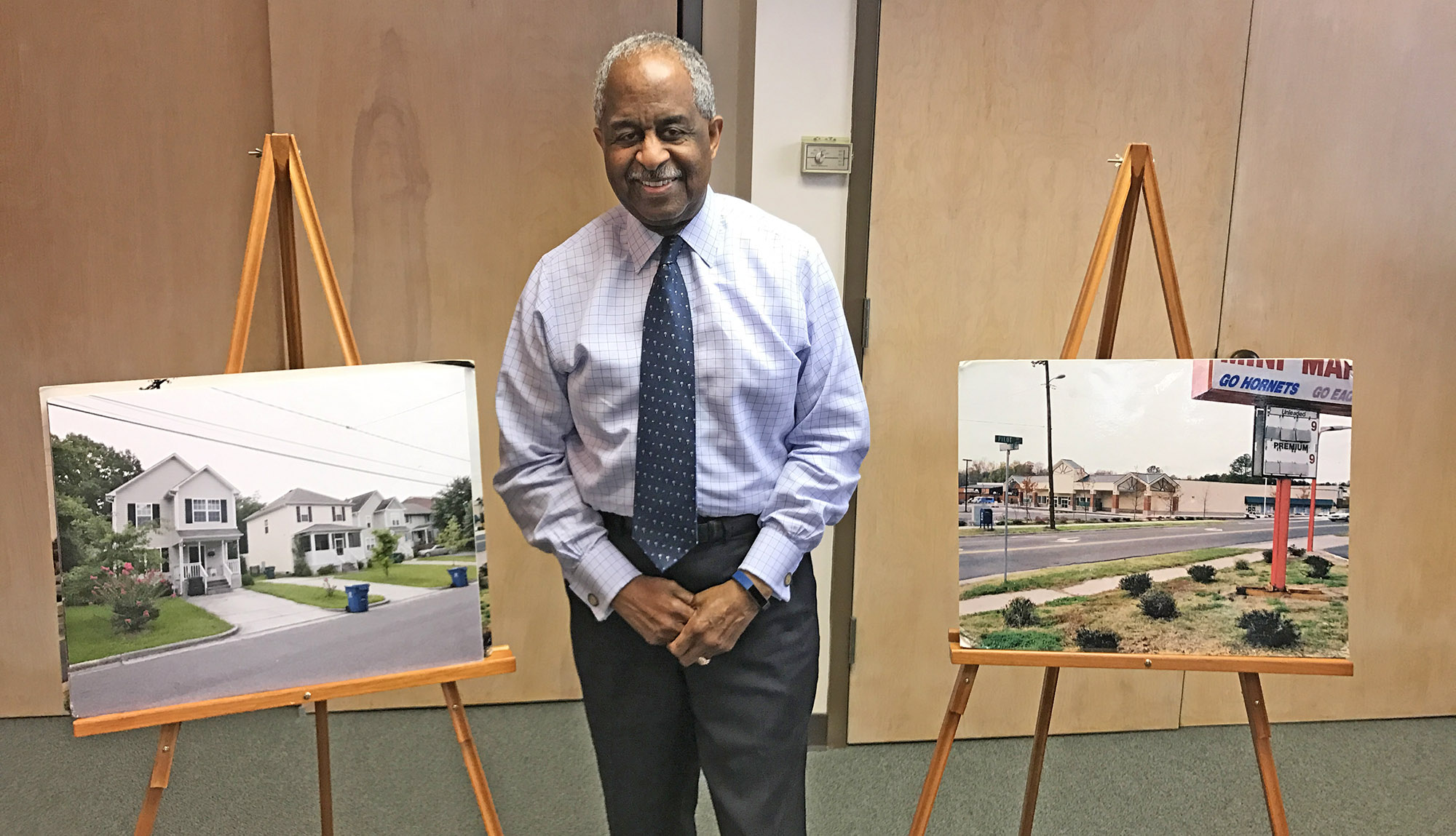 “A key challenge that we must undertake to make our city even greater is to work to reduce poverty in Durham,” he told listeners of the 2014 address. “It is time that we as a community come together to do something about this affliction that directly or indirectly affects us all.”

As his interview with The VOICE began, Bell immediately refused to take sole credit for any impact he had during his tenure.

“Anything that the (Durham City Council) … or the commission accomplishes, it accomplishes because the council — as a team — agrees to move in that direction,” Bell said. “The net of it is if the council didn’t support it, it wouldn’t have happened.”

Bell saw a need to help those living in poverty, an issue that affects nearly 20 percent of residents in Durham, according to the 2010 U.S. Census.

“I felt it was time that we began to really put more of a spotlight on the issue of poverty in our community,” he said.

“We have a lot of resources,” Bell explained, noting the wealth and variety of such opportunities, “but still we are a community that has — in my opinion — too high of a level of poverty.”

Bell initially wanted to focus the poverty reduction efforts in the Southside community, but after he saw a study released by the UNC-CH Department of City and Regional Planning, he decided to use a data-driven approach to home in on Northeast Central Durham.

“If we were able to be somewhat successful in this effort, then we could use that as a template for moving to other parts of the city who had similar type characteristics,” Bell said. “We wanted to focus on … some of the underlying issues related to poverty, and we talked about housing, health, education, public safety, finance and jobs.”

Bell commissioned the council with creating six task forces to concentrate on these areas. He noted the importance of making this an inclusive effort, encouraging both elected officials and residents to get involved.

“We talk about going and dealing with something like poverty,” he said. “You’ve got to involve the people who are mostly impacted by it.”

The mayor, along with others in government and throughout the community, went door to door, sitting down with the people of Northeast Central Durham and filling out a questionnaire. The survey allowed the residents to share what they felt the community needed, picking the task force subjects they wanted the city to prioritize.

“There were a lot of issues, but I wanted to narrow it down some,” he said. “I hope … that the quality of life of those persons who are still living there (will) improve.”

The program found success relatively quickly, moving from idea to survey to budget.

“When I began the program, I said I wasn’t going to be asking for new dollars to be poured into this effort,” Bell explained. “I wanted to see how much volunteer support we could get and then — when we reached the point where we were comfortable — then we’d talk about putting that into the budget.”

A slight grin appeared on the mayor’s face as he continued.

“If it’s instilled in the budget, then hopefully future councils will continue to support it,” he said. “This is the first year that we’ve now allocated dollars for each of the task forces.”

And then Bell smiled.

“The county commissioners funded a community health worker this year to be a part of that program,” he said. “If they institute it as part of the budget and they are working, then they will continue.”

Bell plans to continue in his role as COO of UDI Community Development Corporation, a nonprofit dedicated to improving low-wealth communities.

He listed his company’s involvements in Durham, which include job training, business incubation and affordable housing.

“Well, let me say this,” he said. “You’re sitting here at my office, which is my full-time job.”

The Rev. Michael Page, pastor at Antioch Baptist Church in Durham and who served on the County Board of Commissioners, first met Bell in the early 1980s.

Page has involved himself with the job task force. He spoke of Bell’s care for the city, noting that he’s been able to follow the mayor’s political career while getting to know him on a personal level.

“It’s in his demeanor,” Page said. “Mayor Bell has served his part.”