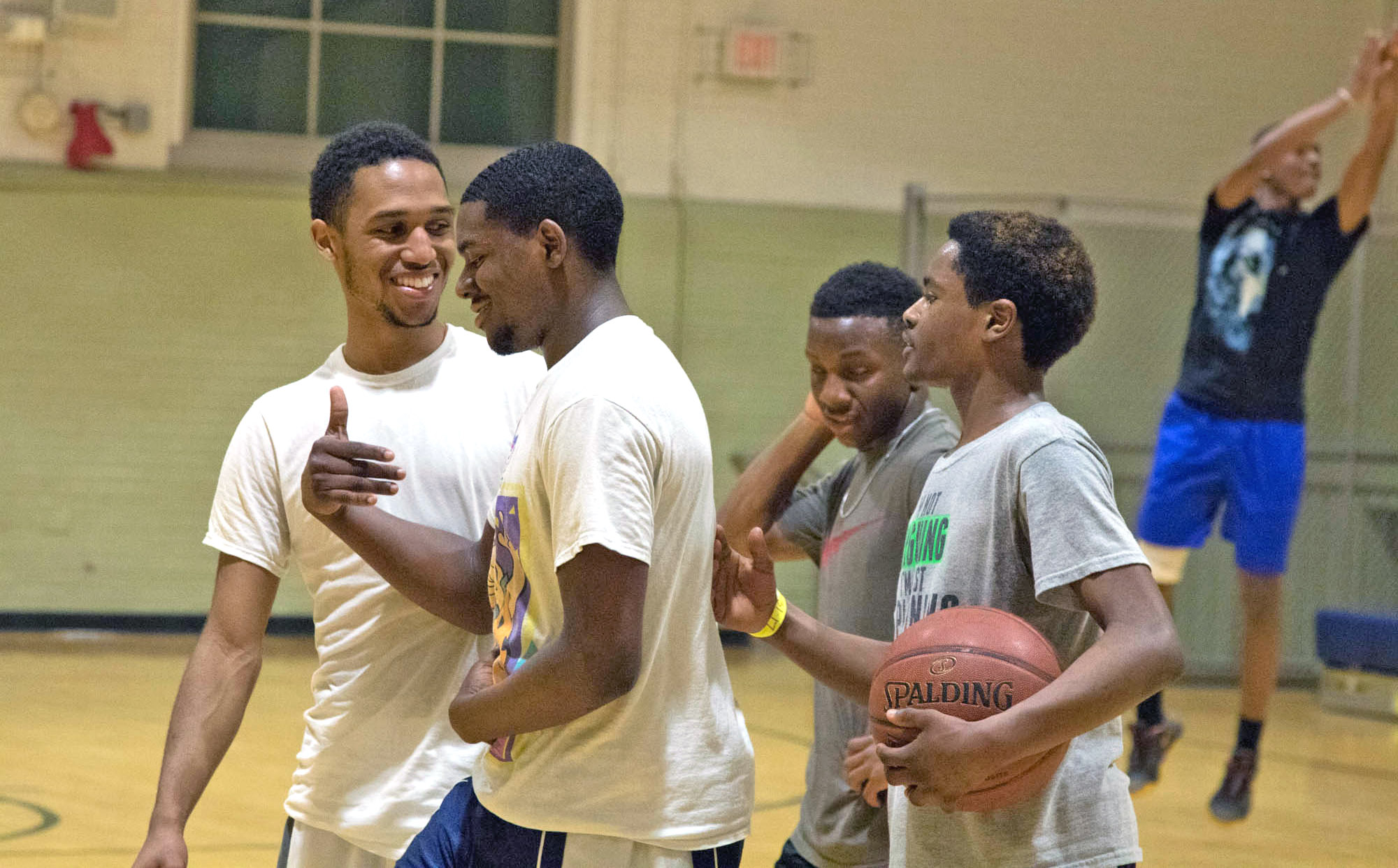 The Holton Center provides a safe haven and a home away from home. (Staff photo by Courtney Staton)

Curtis, 16, and Isaiah, 14, Powell, brothers and residents of East Durham, grew up at the Holton Career and Resource Center located at 401 N. Driver St.

There, Curtis and his 14-year-old brother have made friends, developed their basketball skills, attended youth camps, and most importantly, found a home away from home. 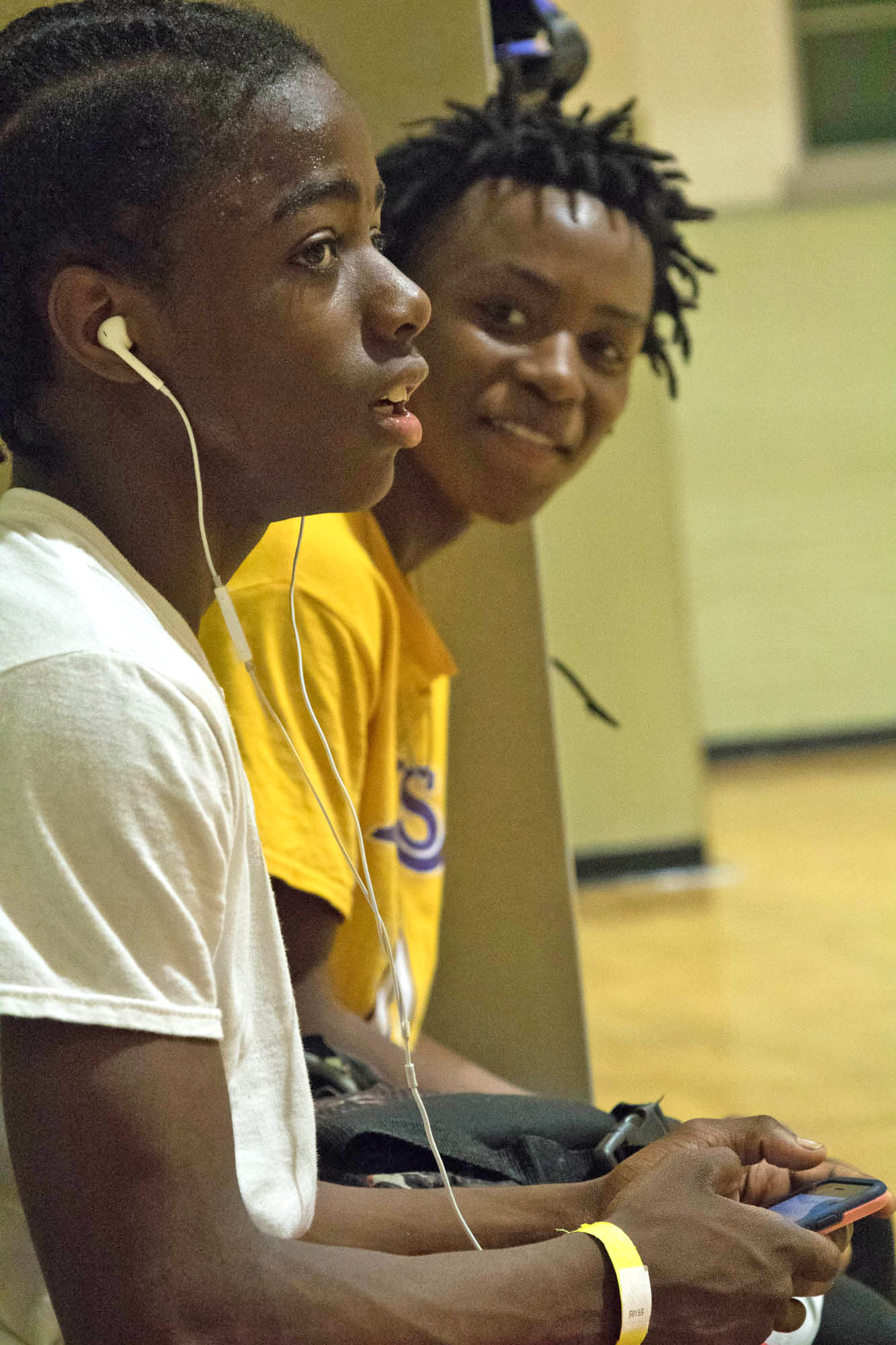 Brothers Curtis and Isaiah Powell take a break from the basketball game during Open Gym on Friday. (Staff photo by Courtney Staton)

Curtis is a Southern School of Energy and Sustainability student and has participated in programs at the Holton Center for about eight years now.

Jerome Johnson, recreation assistant supervisor to the Durham Parks and Recreation Department, said the Holton Center has quite a few regulars at the teen programs, including the Powell brothers.

However, it is more than just a place for fun. The Holton Center offers youth, teen, adult and mature adult programs to residents of Durham at no cost.

Johnson’s hope for not only the Powell brothers, but for all visitors and participants in the programs, is that they will find a haven in the Holton Center.

“We just want to make sure we are that shoulder the community can lean on for positive programs youth and adults can participate in,” Johnson said. “It’s important to Durham to have these programs mainly because Durham is a growing city, and we want to make sure Durham is not just a place where you can live and work, but play as well.”

Johnson noted that it is common for athletes and actors to thank community centers in their award acceptance speeches, like Denzel Washington and his Boys & Girls Club. With that, Johnson recognizes the key role a place such as the Holton Center can have on the lives of Durham residents.

Johnson said one thing the Holton Center accomplishes with its teen programs, which includes hip-hop dance, the fashion and modeling society, and teen open gym, is that it keeps teens productive. There is also ‘hang time,’ a variation of an after-school program.

“We are giving back to the community and helping the kids have a safe haven instead of necessarily running the streets or playing basketball outside,” he said. “We want to provide the opportunity for all of our participants to learn and grow; whether that’s redefining their skills in the gym playing basketball, or in our dance or modeling programs, or coming in to the computer lab and doing homework or taking part of our mentor programs.”

Curtis and Isaiah agreed that the programs do fulfill the purposes Johnson mentioned.

“It’s to keep people off the streets, like young kids like my age, and to let us play basketball without any conflict,” Curtis said. “It works because nobody really argues here, and we have a good environment.”

Isaiah, a Shepard Middle School student, said he likes the social elements of coming to the Holton Center regularly.

“It gets me out of the neighborhood and I get to meet new people, make new friends and play with them,” he said. “We won’t be out there on the streets doing the wrong thing because we’ll be here playing basketball.” 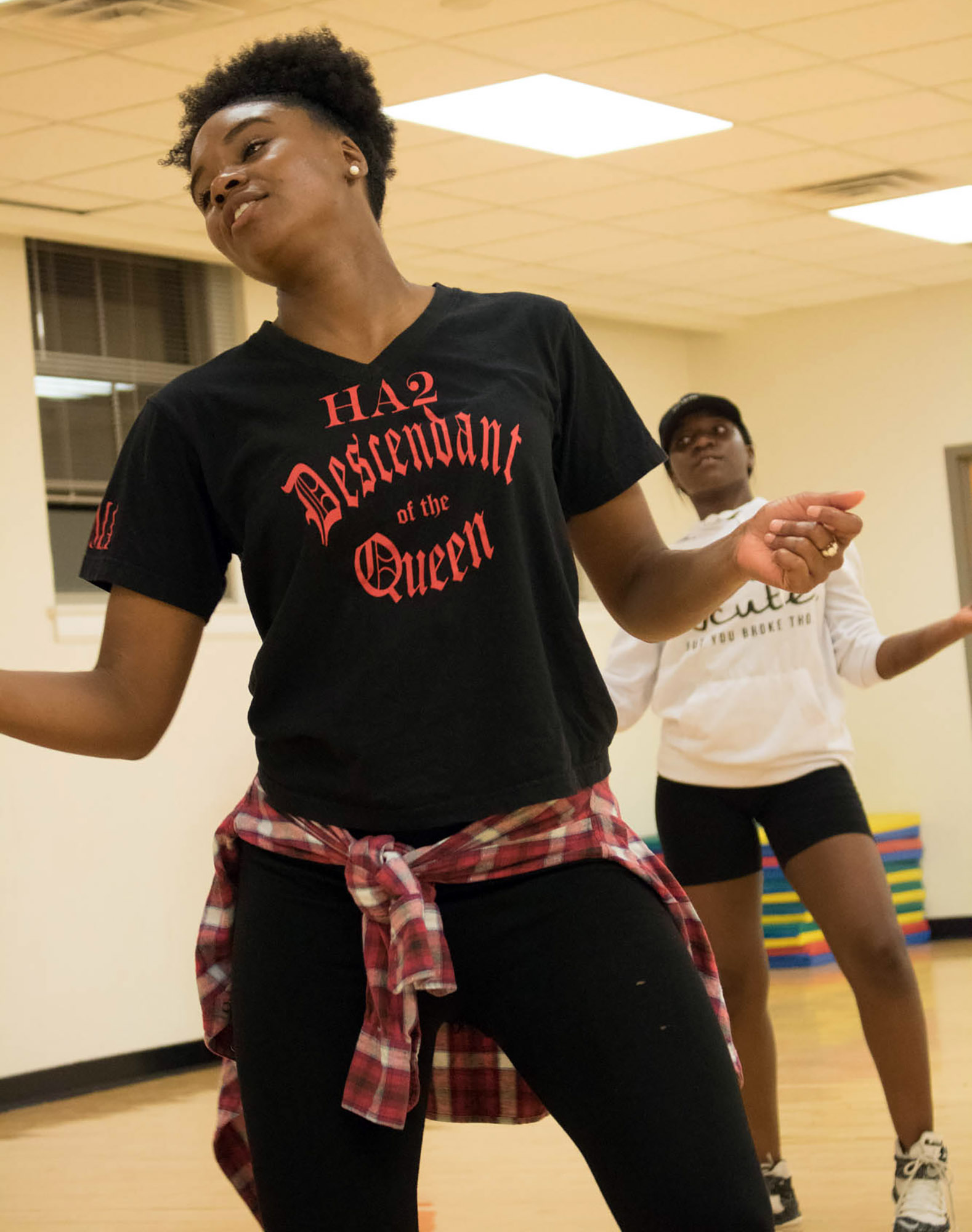 Jametta Pettiway and Alecia West run through a routine from the day’s Hip Hop class one last time before departing. (Staff photo by Courtney Staton)

Jametta Pettiway, 23, is a course contractor at the Holton Center as an instructor for youth cheerleading, youth ballet, and both youth and teen hip-hop.

“I love the fact that they have a lot of different programs for the kids to enjoy and that it’s free,” Pettiway said. “It’s important so that more kids will stay off the streets, they’ll actually participate, and they’ll get to know what they want to do in life.”

In order for Durham residents to reap the benefits of the skills and experiences Johnson is encouraging at the Holton Center, they’ll first have to try it out for themselves, something Pettiway encourages.

“Come to the classes and I promise you’ll have a good time,” Pettiway said.

More information on the various youth, teen, adult and mature adult programs at the Holton Center can be found at https://durhamnc.gov/Facilities/Facility/Details/Holton-Career-Resource-Center-19.

Nicole Caporaso is a senior journalism major at UNC-CH serving as the sports editor of the VOICE. She is from Apex.