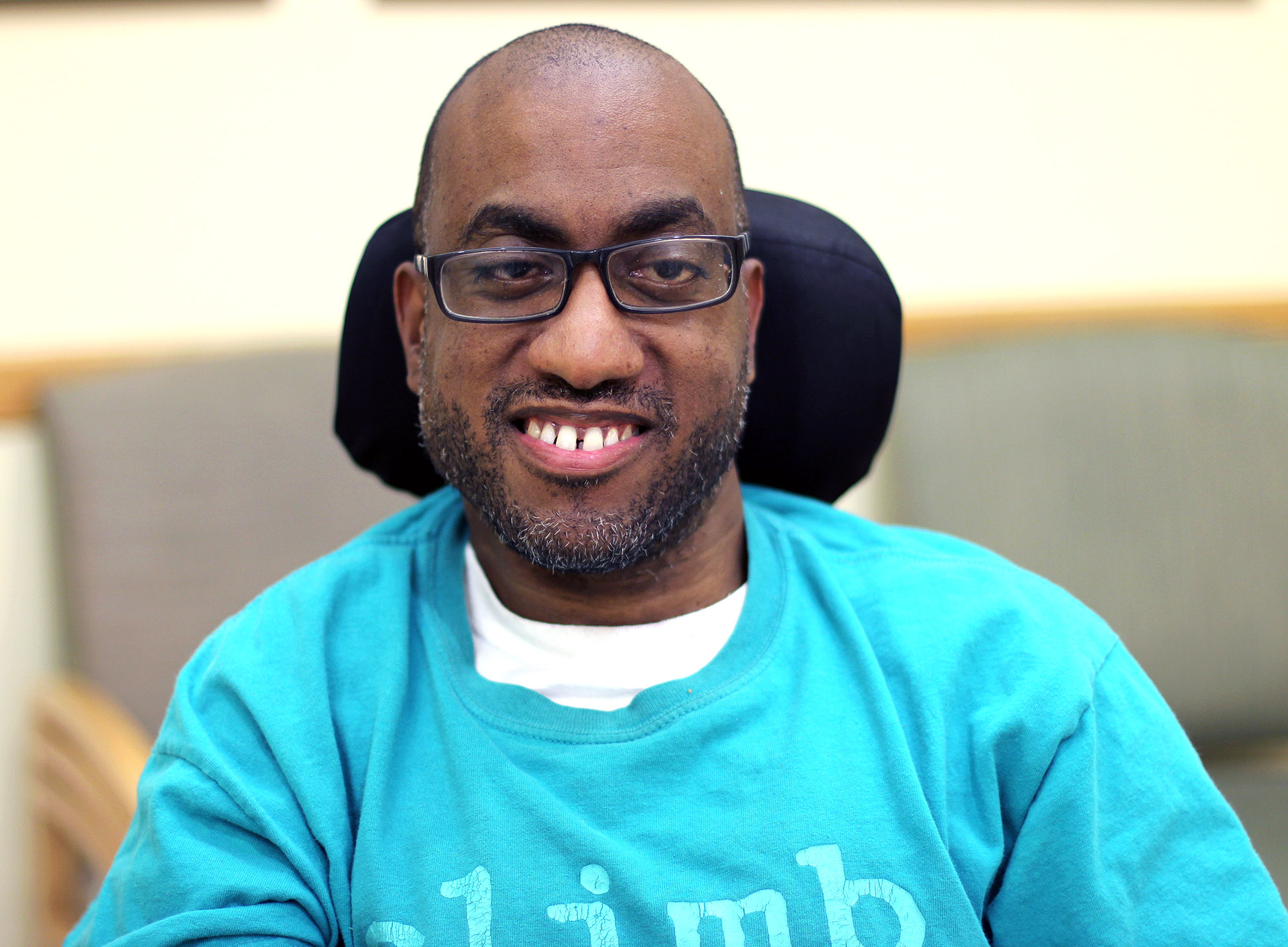 If you visit the Westend Community Family Life & Recreation Center at Lyon Park often, you might have noticed a polite man in a wheelchair working with kids who have various mental and physical disabilities.

Maybe you have seen him outside waiting for the kids to get there. Maybe you’ve seen him wheeling around inside with the two-way radio making sure they get to the correct room they should go.

Tony Mangum, 40, was born and raised in South Durham and can relate to many of the kids he works with.

He has cerebral palsy.

He said he was born with the condition but he wasn’t always in a wheelchair.

“I actually didn’t get into the wheelchair until I was in middle school,” he said.

He has been working at Lyon Park for about 10 years and has become a fixture at the center.

“He’s very impressive,” she said. “He’s all about business, fun loving and enjoys what he does.”

Working in a community center may have always been meant to be for Mangum, a huge sports fan. Before he was known at the recreation center, he was once a teen in Durham. As an only child he used to hang with friends at basketball games, often outside of school. He was well known and said even with his condition, never got bullied.

“My biggest inspiration is my family,” he said. My love of sports comes from my dad and grandfather.”

Mangum has always been into sports since he was six-years-old and his favorite sport is basketball.

When he was young, he and his dad would go on activities together like Carolina Tar Heel football and basketball games.  When he was growing up, he wanted to be a sports caster.

As a Tar Heel fan he is happy Carolina won the most recent basketball championship and even watched the game with his dad. To celebrate he went to Franklin Street to get a hat and t-shirt.

Outside of work, Mangum usually hangs out and watches sports, currently the NBA playoffs, with three childhood friends. One of which is in a motorcycle club.

“We can easily bond over that activity,” he said.

Mangum said he loves his job keeping a watchful eye on the youth at Lyon Park and enjoys every day and that the kids are always fun.

“My favorite part is talking to the kids, asking them about their day,” Mangum said. “I’m happy that I can help.”

Amil Mangum is a senior at Jordan High School. She is also serving as a Partners for Youth Opportunity intern with the Durham VOICE.