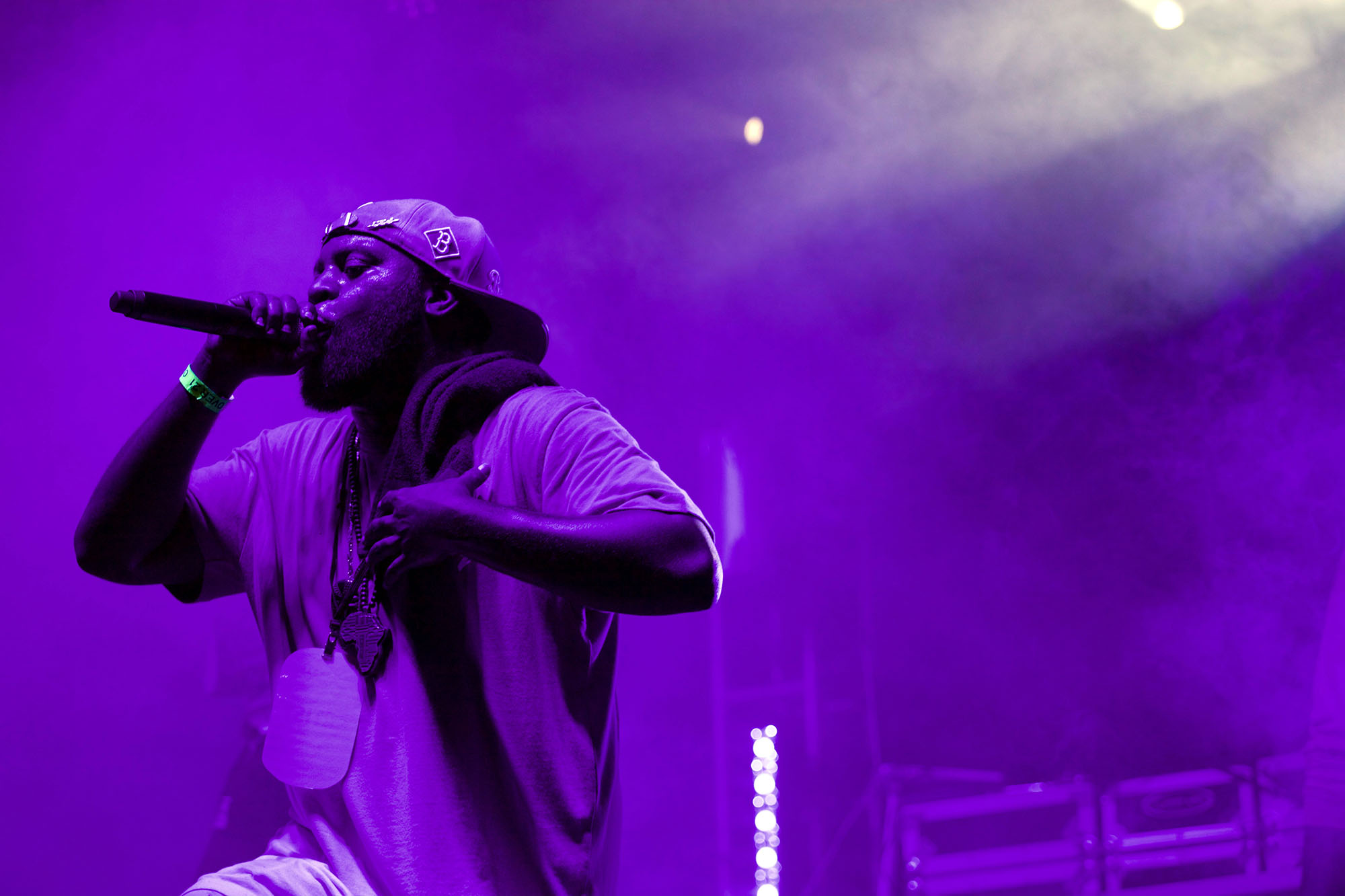 With a highly successful Kickstarter Campaign, and sponsorship from companies like Toyota and Bull Durham Beer under its belt, Beats ’N’ Bars hit the ground running to produce something special in its second year. The festival took over the section of Main Street along Corcoran Avenue on Sept. 22-23, occupying the Pinhook, Parking Lot #20, 21C Museum Hotel, and the American Underground Building. 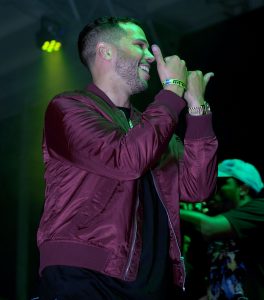 Joshua Gunn, a Durham native who was both a panelist and performer at the festival, “throws up a bull” after joining G Yamazawa on stage to rap his verse in the chart-topping “North Cack.”(Staff photo by Gabby Bulgarelli)

Since the breakup of Little Brother, Durham has not been a place that is well-known for its hip-hop scene. For some, that seems like it might be about to change, but many who find themselves directly involved in the scene insist that it has always been growing steadily. The Beats ‘N’ Bars festival was created to “strengthen the community through the influence of urban culture and music,” but it also could be the push needed to put Durham rap on the map.

Founders Crystal Taylor (Underground Collective) and Johnathan Harmon (aka The Real Laww, co-founder of the DURM Hip Hop Summit) came together when they realized they were both working towards that same goal, and they have not looked back since.

In such a culturally explosive area like Durham, equity in musical representation is surprisingly not apparent. There are many popular festivals that trace provenance from Durham’s unique music scene—like Moogfest, Art of Cool, and Centerfest—so it felt obvious for Taylor and Laww to integrate their efforts and refocus the triangle on celebrating its vibrant Hip Hop Culture. This year, they decided to bring in Kyesha Jennings to direct the conference portion of the festival.

Festival events were held from noon until 2 a.m. at the American Underground cooperative and the Pinhook, both on Main Street, as well as Lot 20 on Corcoran Avenue. Food trucks from local restaurants were stationed at Lot 20, as well as merchandise stands and offerings from Bull Durham Beer.

Friday’s festivities were jump-started by the “One MC to Another” panel at American Underground, moderated by UNC-Chapel Hill professor Christopher “Dasan Ahanu” Massenburg. Massenburg is a poet, performer, and activist from Raleigh who teaches courses such as “Rap Lab” which focus on Hip Hop and African American culture.

The panel consisted of Kaze, Joshua Gunn and CyHi the Prince. Though CyHi is a native to New York, a lot of the discussion and interaction between the panel and the crowd focused on Durham going unrecognized as a Hip Hop hub. 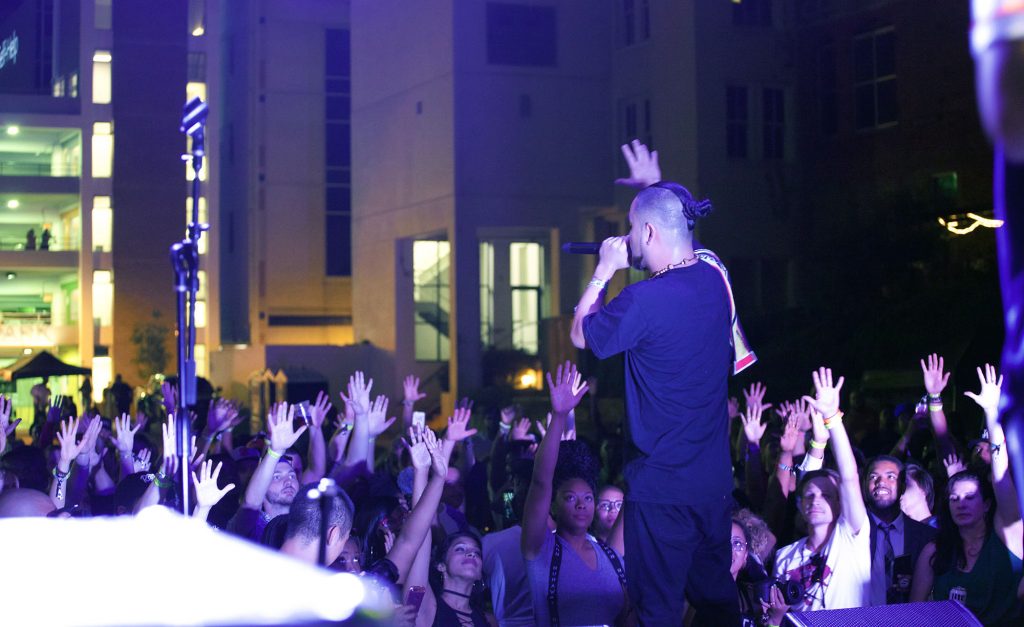 Fans raise hands to mimic G. Yamazawa as he performs at the Corcoran Avenue lot. (Staff photo by Gabby Bulgarelli)

“We’ve been getting it here for a while, even though people haven’t been paying attention,” said Kaze. “We have talent, and we will still have that talent when they finally come for Durham. We’re gonna get ours.”

Gunn agreed, saying “Yeah, this is our time. We’ve been here waiting. CyHi said he thinks of himself as the best rapper alive. I like to think that I’m the worst rapper alive, even if people are showing me unreal love. It sounds wrong, but that just puts pressure on me and pushes me to do better. In that same way, I know I need to keep going until Durham is put on.” 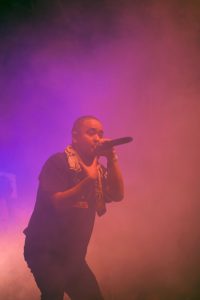 Yamazawa performed many songs off of his “Shouts to Durham” mixtape. (Staff photo by Gabby Bulgarelli)

Jordan Bermudez, a Durham native, was among the festival attendees this past weekend. Bermudez is a member of UNC-Chapel Hill’s class of 2019, studying Sports Administration and African, African American, and Diaspora Studies. She participated in K97.5’s hip hop college tour earlier in the semester, so she found out about the Beats ’N’ Bars Festival through host MIR.I.AM.

“I like seeing people like J Rowdy here, because I used to see him rapping in the pit at UNC,” said Bermudez. “But it is even more exciting to see G Yamazawa here. We both went to Jordan High School, and I love seeing someone I can relate to rep Durham and show North Carolina pride.”

Yamazawa, 26, is the son of Japanese immigrants who have owned and operated Yamazushi Restaurant in Durham for over thirty years. For him, the takeoff of his song “North Cack,” is a sign that NC rap might finally get the name he and others believe it deserves. The young rapper left North Carolina to pursue poetry full time in 2011—he’s last years national poetry slam champion—and finally settled in LA two years ago.

“A lot of my music is like this yearning for NC,” he said. “I’m missing NC but also being okay with where I am in my life and being able to feel like I have the honor and responsibility of carrying Durham with me wherever I go.”

Like many of his fellow artists, Yamazawa felt right at home performing at Beats ‘N’ Bars.

“Its beautiful,” Yamazawa said. “Its sort of surreal because Durham has grown so much that it’s cool to be from here now. It really was not like this when we were growing up, when we were really around here and we had nowhere else to go. The people who know, know. They have always known. I know that I’m so lucky to be connected to this place.”

Reflecting further, Yamazawa added: “There has been a lot of dialogue surrounding how Durham has been growing socioeconomically. There are a lot of mixed feelings about how quickly growth is happening and which areas are developing and who might be left behind. For me, when I see Beats ‘N’ Bars, I feel like it is one of those amazing components of the growth thats happening. It’s allowing us to be out here, with a huge stage in the parking lot behind the Pinhook, right under the “Old Bull” sign. That’s incredible.”

Whether it has recently begun to take shape or has been happening under our noses for years, there is no denying the presence of Hip Hop culture in Durham. A small amount of early bird tickets for next years Beats ‘N’ Bars festival are available for $30 here. 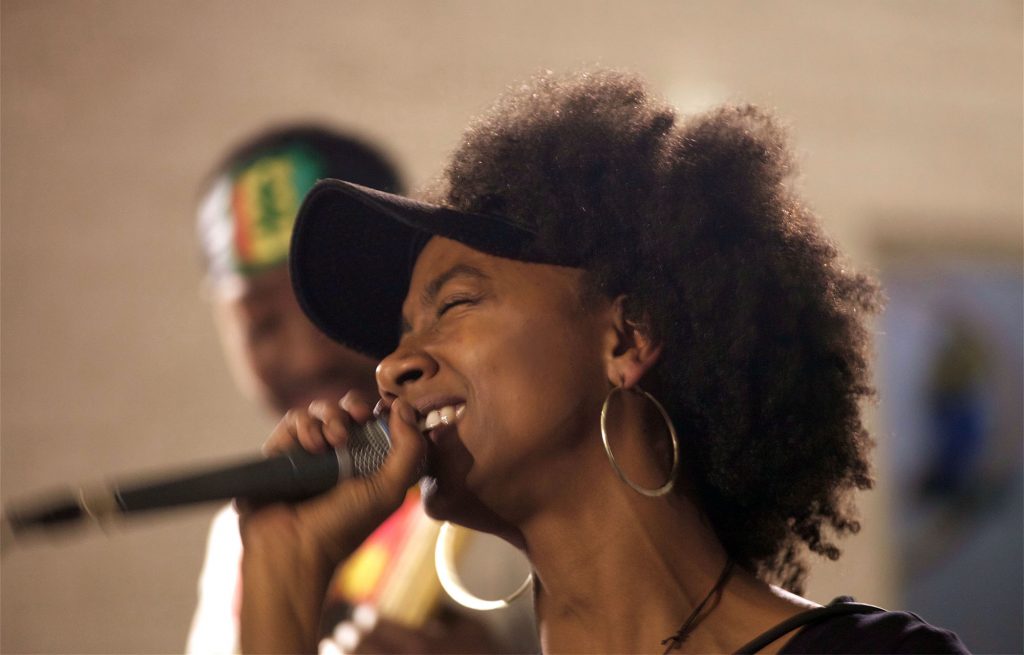 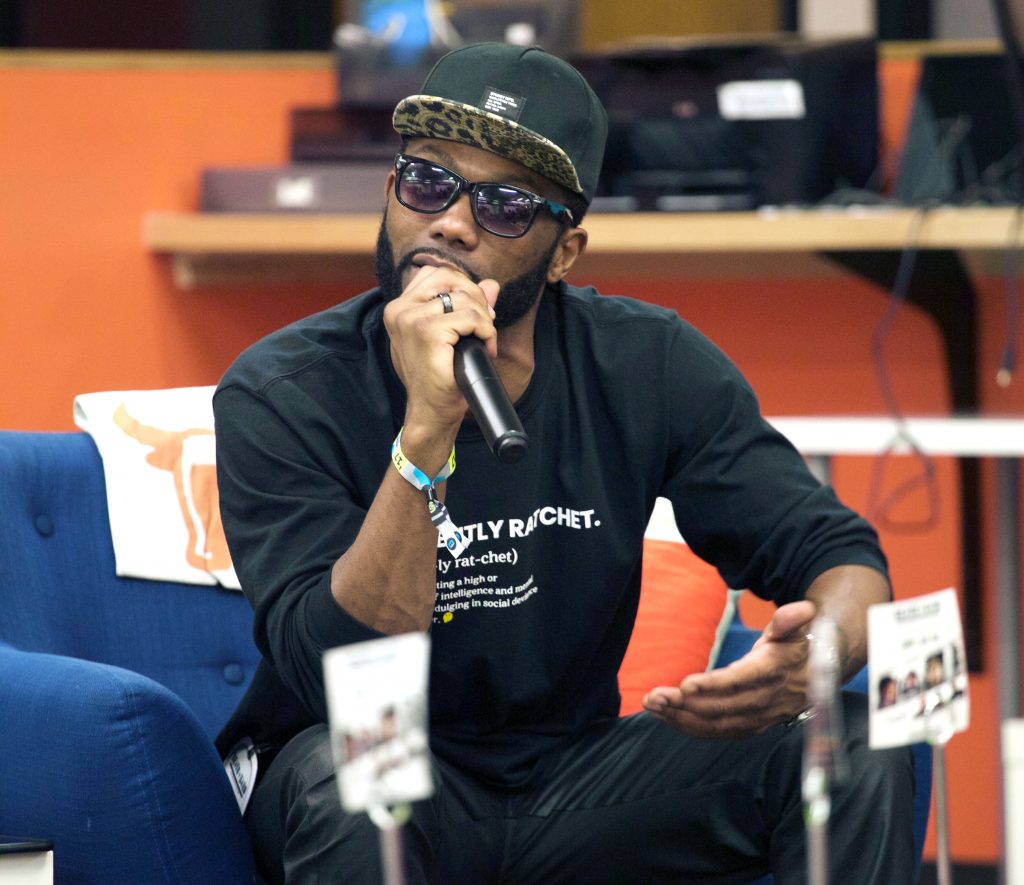 Kaze of Durham speaks during the “From One MC to Another” panel. (Staff photo by Gabby Bulgarelli) 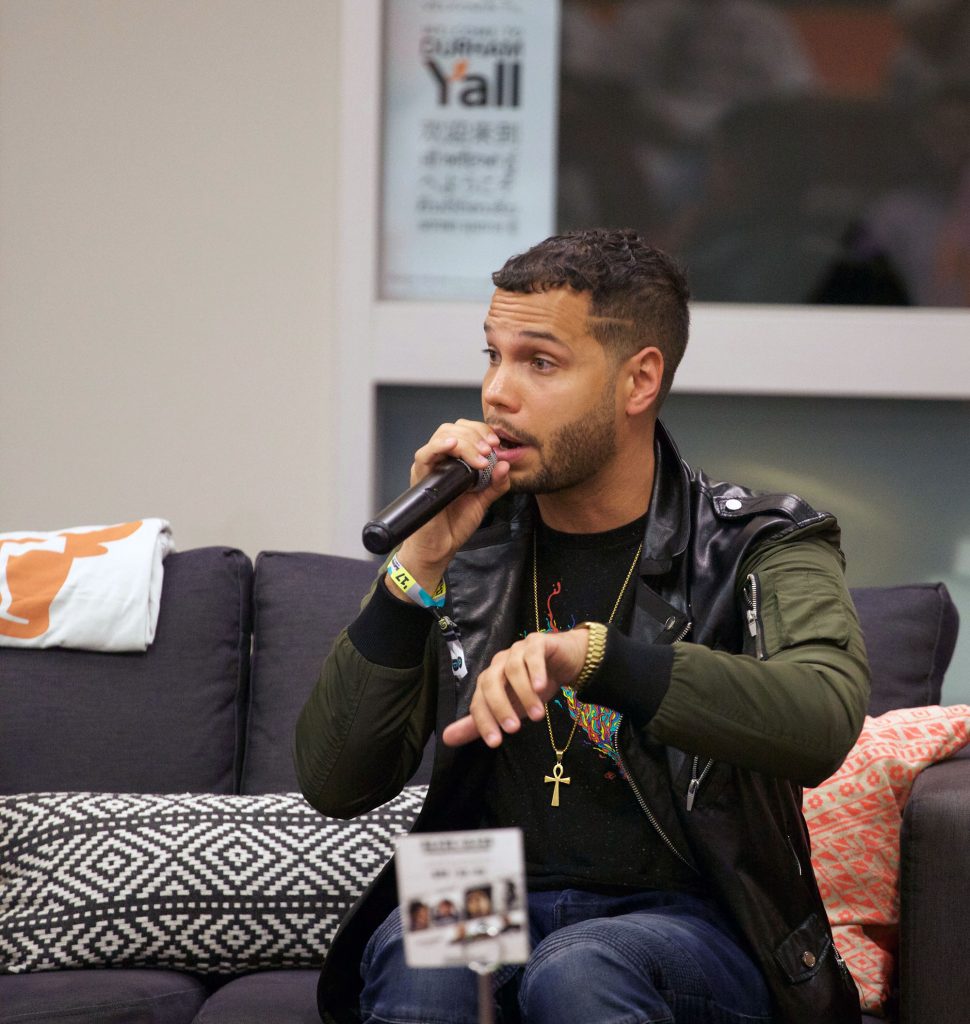 Joshua Gunn of Durham speaks during the “From One MC to Another” panel. 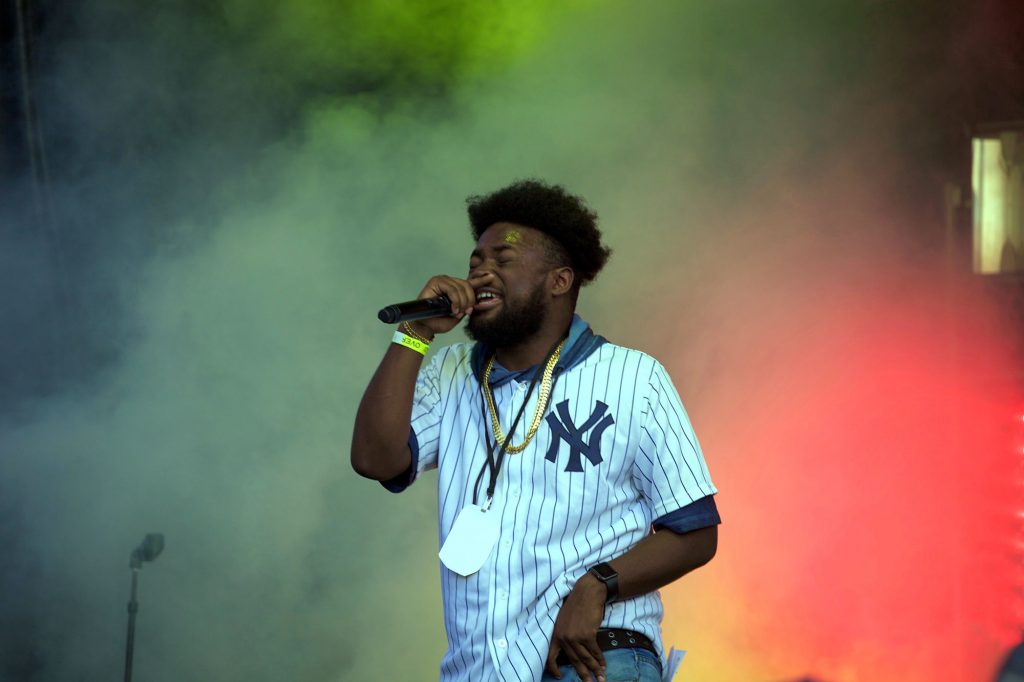 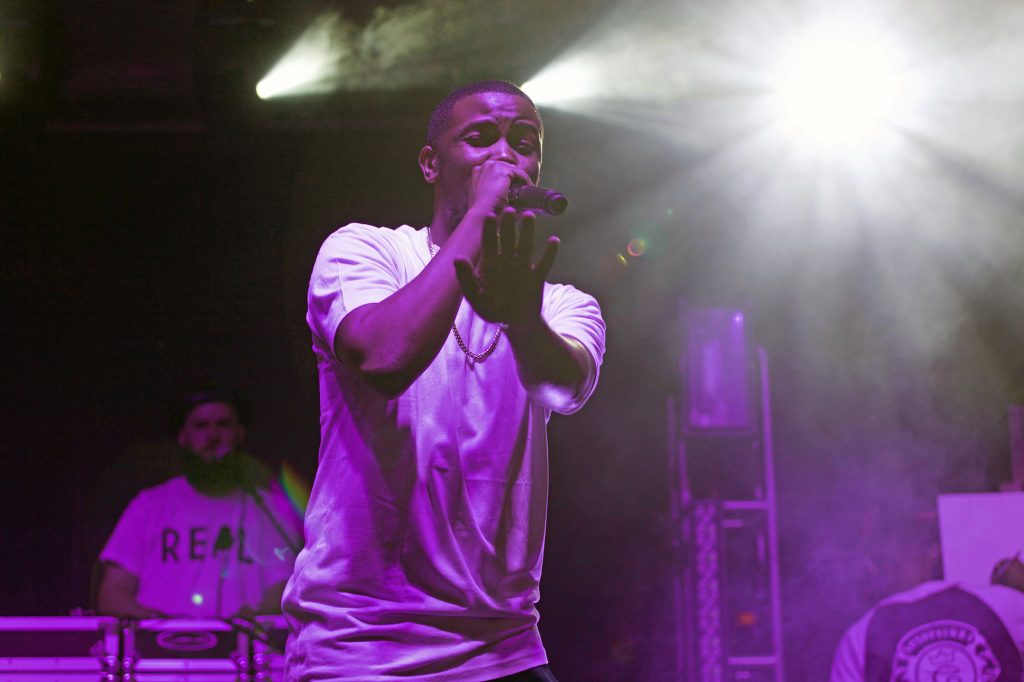 Nick Grant of Walterboro, S.C., performs at the Corcoran Avenue Lot. He is currently one of the special guests on Lauryn Hill and Nas’s Powernomics Tour and opened for them on their stop at Raleigh’s Red Hat Amphitheater.  (Staff photo by Gabby Bulgarelli)