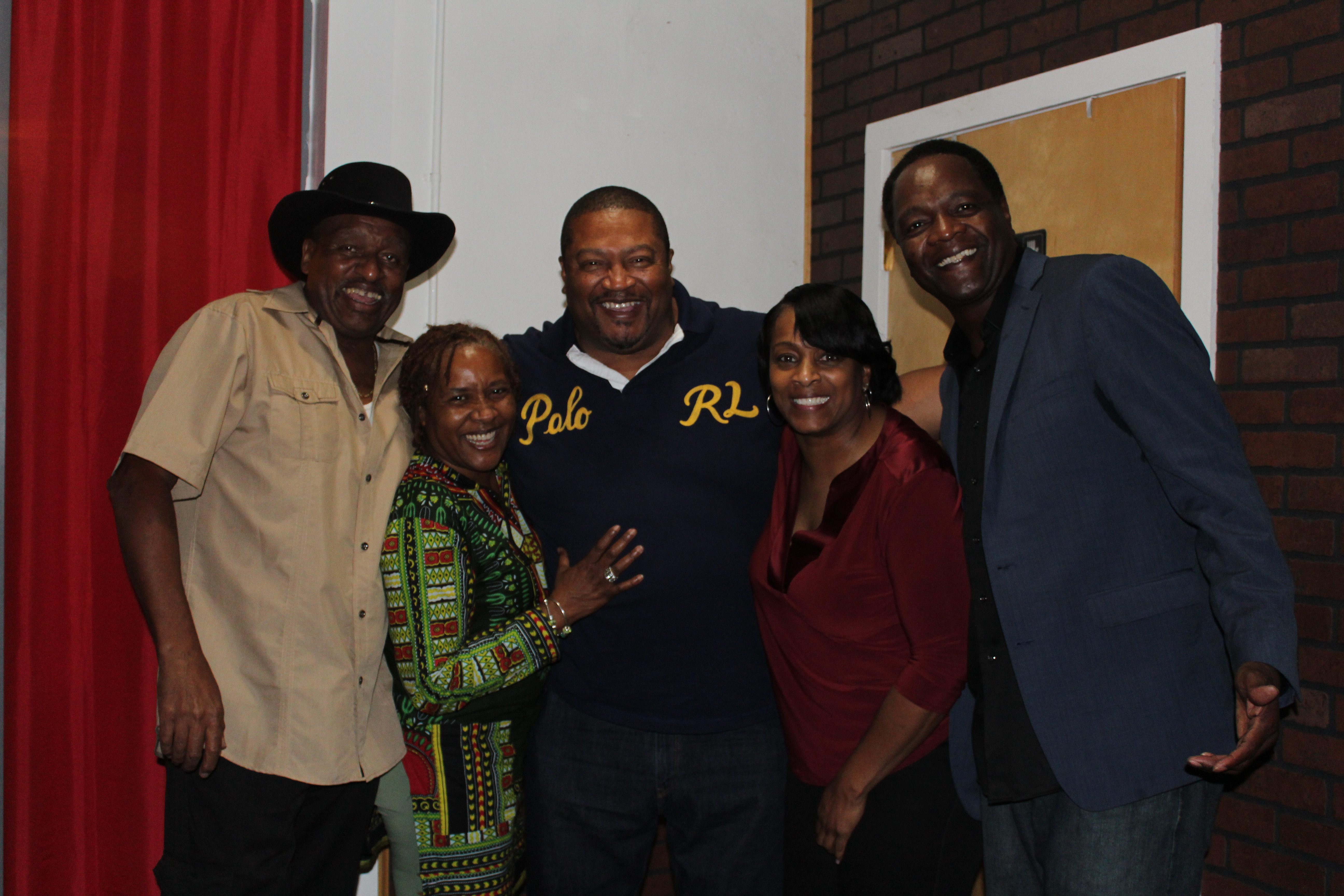 For Joe Bushfan, laughter is important during hard times. That’s why the entrepreneur and community leader started up Joe’s Comedy Corner on Angier Avenue.

Now with two successful shows under its belt, it looks like Bushfan and the community are thinking alike.

“I think laughter is good for the soul–especially with all these tumultuous times we’re going through,” said Bushfan on his decision to open the club. 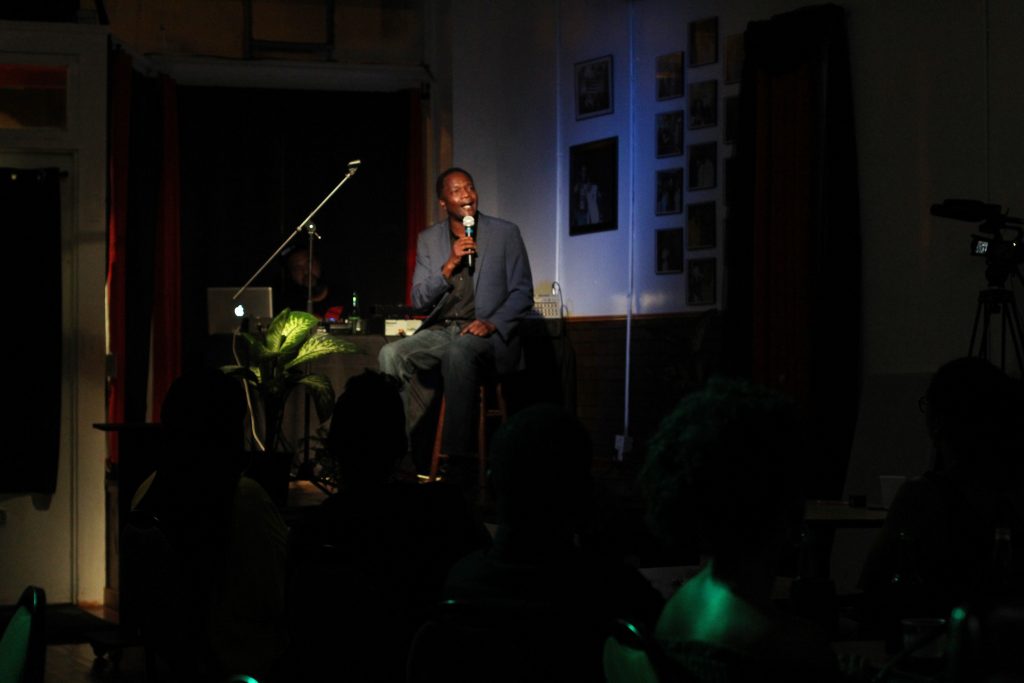 Comedian Nick Lewis serves as the headliner for the show at Joe’s Comedy Corner.

Saturday night’s show was hosted by Ms. Phyllis, featured Aaliyah Ford and was headlined by Nick Lewis. The entertainers brought laughs recounting stories of relationships, growing up, raising children and choices that they wouldn’t make again.

Lewis has seen the power of laughter in action. He recalls meeting a woman who had attended one of his performances with her sister, who had been staying with her during a tough time. After Lewis’s show, she told him, the woman’s sister packed her bags and asked for a ride home. She told her sister that she was returning to work, because, as Lewis remembers, “life is entertaining.”

“It’s just those stories that I’ve heard,” said Lewis. “Some that you don’t even hear. It’s powerful.”

The show is a collaboration between Bushfan and long-time comedian McKinley E. Bryson III, also known by the stage name Grave Digger. The two met three years ago through ties that Bushfan made during his 22-year career as a bodyguard. 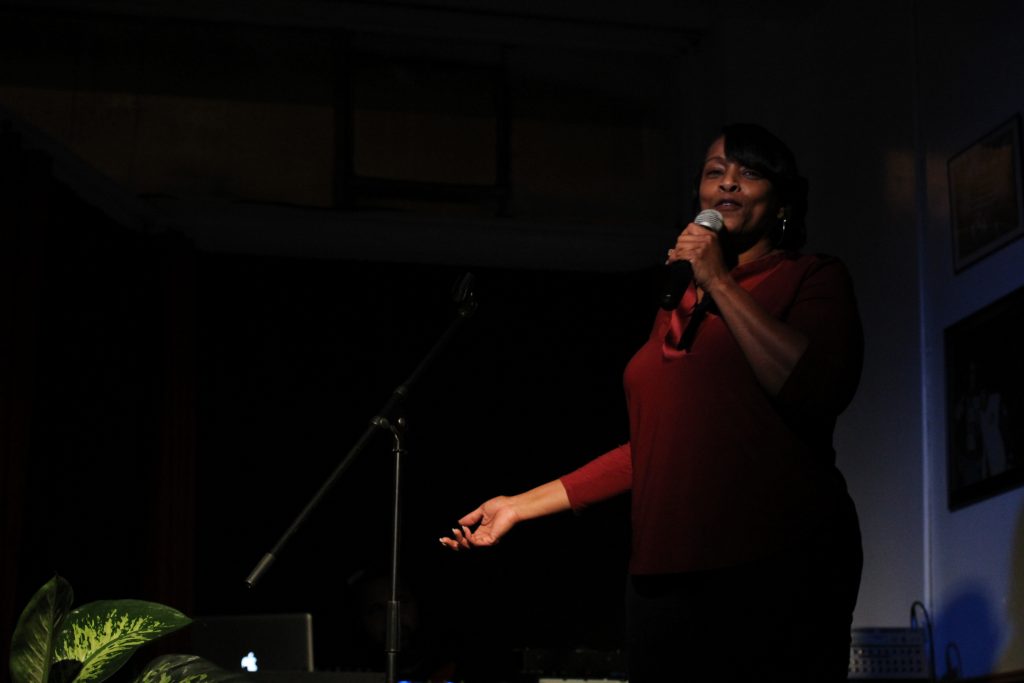 The club is small–hosting a full house with around 30 guests–and Bushfan and Bryson like it that way. Bushfan said that he wants to know the people who walk through his door personally, not as a number. Bryson is a fan of the feel that the smaller venue has.

“It’s small, it’s intimate and I like an intimate club,” said Bryson.

Bushfan knows what it’s like to start off small. After touring with celebrities to places like Los Angeles, Atlanta, South Africa, Australia and Japan, he met his wife in Durham and made the move here from L.A.

“I started this project here on the corner of Angier and Driver bringing some love to the community,” said Bushfan.

That project began with a small hot dog cart and has since included a diner, a commissary, a food truck and, of course, a comedy club.

“He understands that it takes a while to build up stuff around here,” said Bryson.

In the future, Bushfan wants to see the club go a step further by also bringing in blues music. For now, it’s about building the Angier Avenue community up—one laugh at a time. 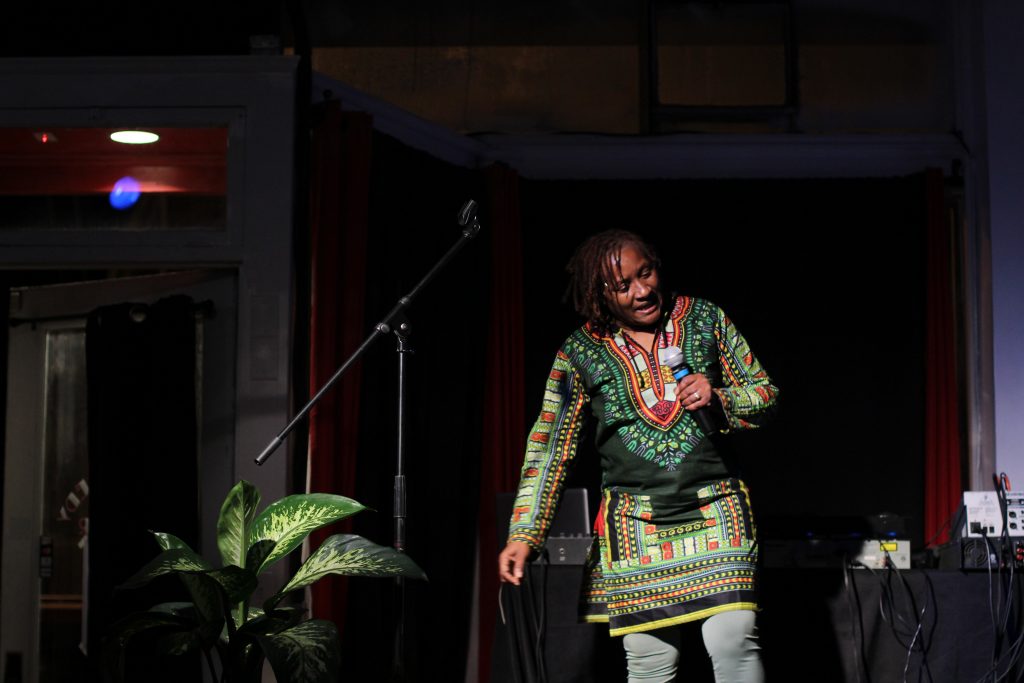 The night’s host warms up the crowd with stories of relationships and raising children before introducing comedienne Aaliyah Ford to the stage (Staff photo by Allison Tate/The VOICE).

Joe’s Comedy Corner is located at 2102 Angier Ave. The next comedy show is scheduled for November 11. A birthday roast for Bushfan is planned for December 9. For more information, call Joe Bushfan at (310)-505-3592 or email josephbushfan@aol.com