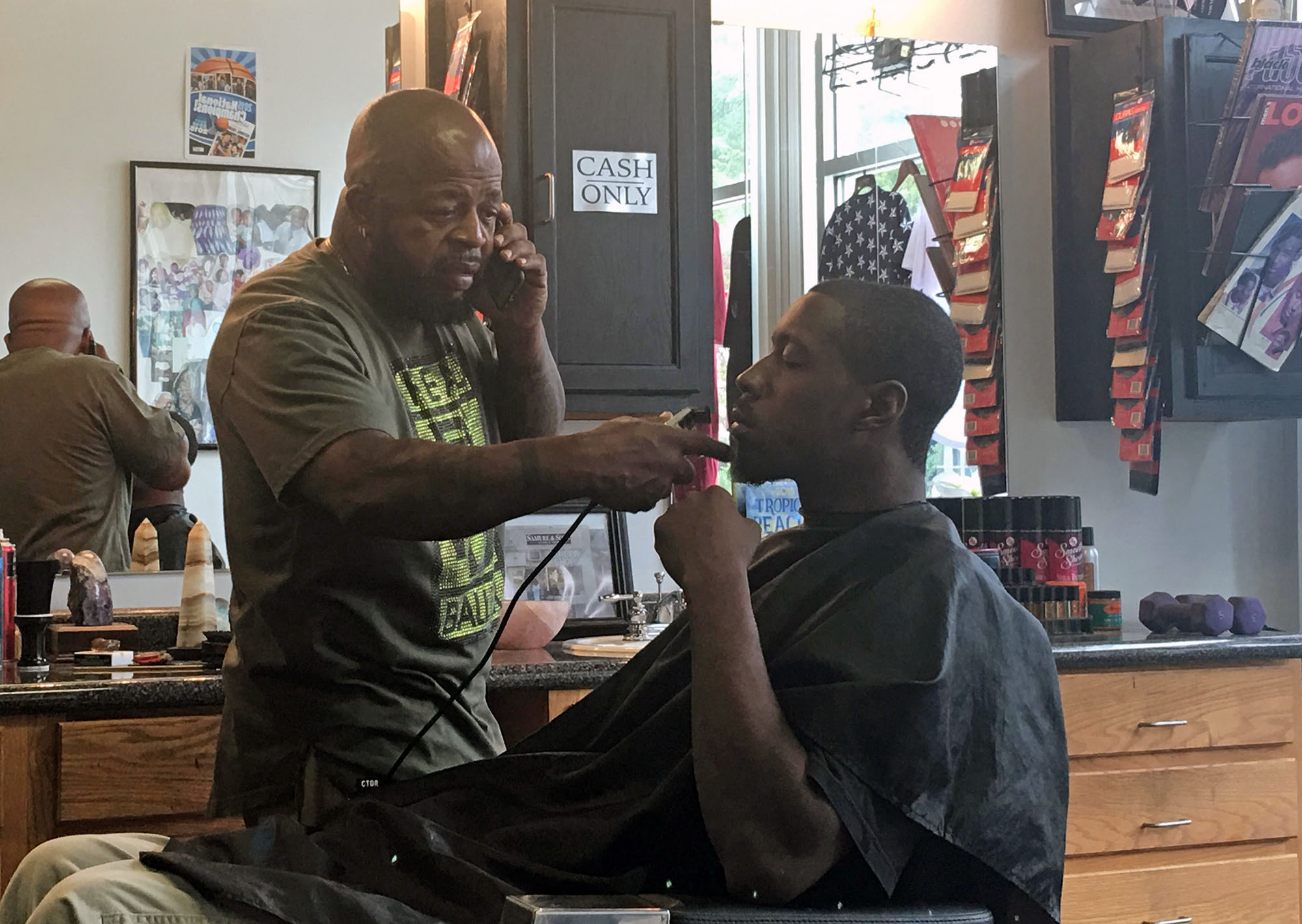 Angier Avenue was devoid of traffic. It was so quiet for 10 a.m. that it could have been the middle of the night.

But inside Samuel & Sons Barber Shop, lively conversation ensued; R&B music filled in the background of stories, smiles and laughs.

Samuel Jenkins, 54, gave his first trim of the day to longtime customer and friend, Virginia Adams, who was heading to Charlotte shortly after.

They discussed everything from electricity prices to remembering having to stoke the fire in the house as children. There was even a friendly debate on the definition of the word ignorance. 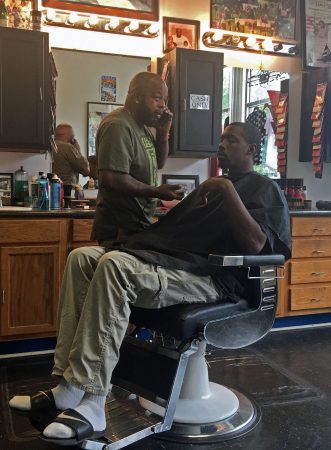 Jenkins only had a few appointments for the day, but the downtime wasn’t filled with silence. He spoke of holiday plans with his two boys, who are now 13 and 15.

“We’ve done New York, we’ve done lots of places for Christmas,” he said. “Now my son has been saying, ‘Cali! Cali!’ in hopes of going over break. I think I’ll surprise them with that trip.”

A little after his next appointment, a local man came in, sat down and asked Jenkins for a beard trim, but said he only had two dollars. Jenkins, who said he knew this local as someone who struggles with alcoholism, gave him an offer to come get the beard trim for free Tuesday, as long as he brought a chip in from Alcoholics Anonymous.

The man was frustrated with this offer and left.

“I had an old friend who asked me, ‘Sam, why do you help people like that?’” Jenkins said as he began his story. “And I said, ‘Because 20 years ago I used to drink and do drugs, and I saw the effect it causes. That’s why I give them a dollar, give them a beer.’ His friend said, ‘Nah, that’s not why you do it. You do that because you think you’re better than them.’”

Jenkins said he disagreed with the statement, and rebuked his friend’s claim.

Then his friend continued, “So, when did you stop drinking, Sam? Was it while people were giving you stuff, or when they stopped? When they stop giving you stuff, that’s when you’re not better than them. That’s when you stop catering and enabling people who truly need to make the choice to seek help. You are only better than them in one way, you make better decisions.”

After a few minutes, one of the representatives from the nearby Mosque returned with the man to question why Jenkins turned him away. After an explanation, and since Jenkins knows the leaders of the Mosque, the man finally conceded.

“The most harmful thing you can do for the community is enable others to continue making bad decisions for themselves,” Jenkins said. “It’s important that those who need it most are guided in the right direction rather than the wrong.”

Jenkin’s last customer of the morning was Wayne Jacobs, 26. He came to the shop to get a trim before he went into work. Jacobs, a Philadelphia native, moved to Durham in 2007, and has been getting his hair cut by Jenkins since 2010.

“He’s my protégé,” Jenkins said of Jacobs. “There’s a method to scratch-off tickets. When you lose, you have to stop for a while. Every day can’t be your lucky day, and Wayne knows that.”

Jacobs nodded in agreement and echoed the advice.

The VOICE wrote an article on Jenkins in spring of 2016. The article said Jenkins would be passing the torch to another barber and working from home later that year in December.

“It was a misconception at the time,” he said. “If my rent were to increase on the shop, I would have done that. But the rent has stayed the same, and will continue to. There’s very few lines of work that allow you as much face to face interaction with the community as mine does. I have no plans to leave the shop.”

“He isn’t going anywhere,” Jacobs said about Jenkins as he left to work with a fresh trim.