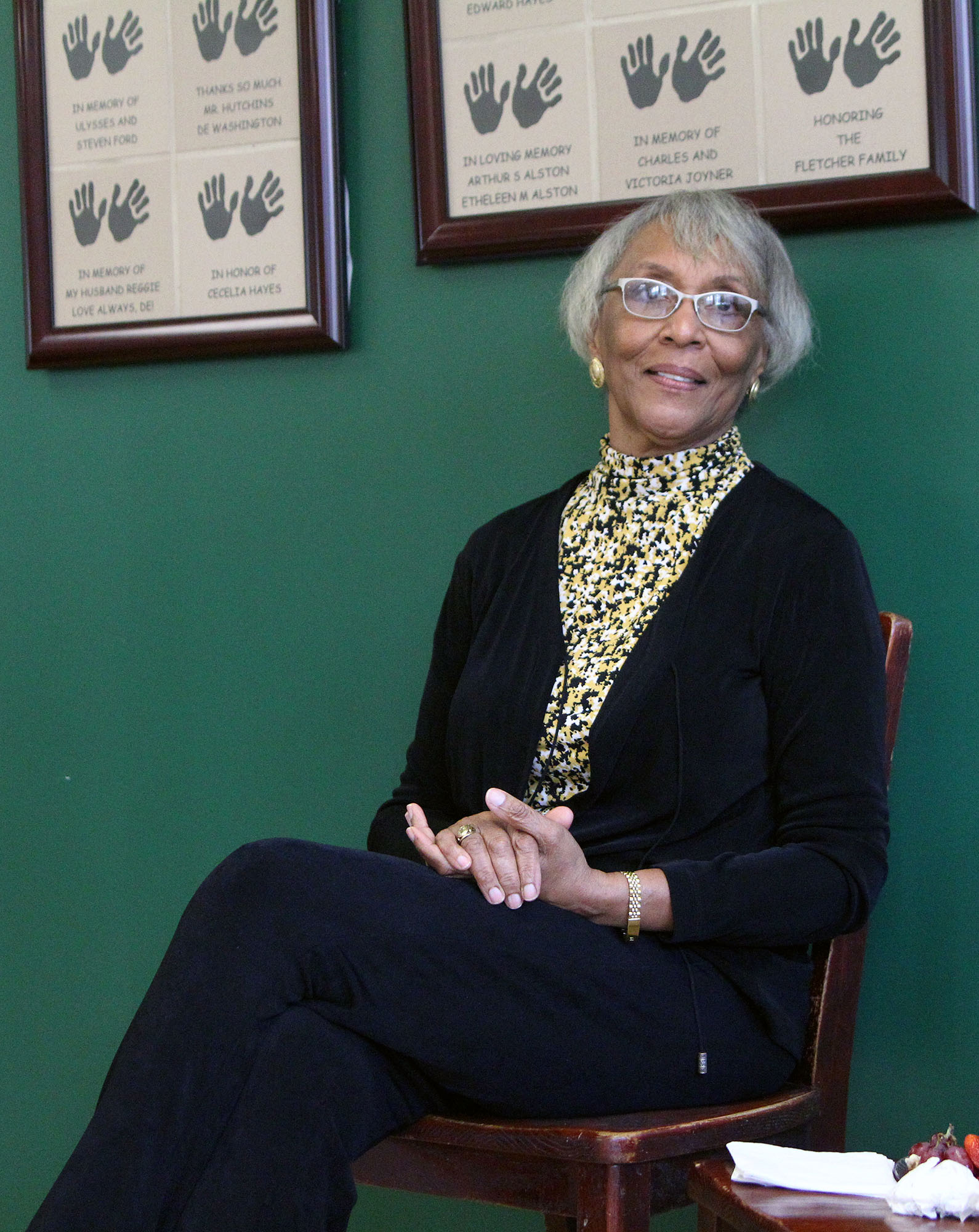 Victoria Philips was the facilitator at Lyon Park for many years. Often referred to as a go getter, she never backed down from a challenge, tenants said. (Photo by Qaadir McFadden/PYO)

Victoria Phillips, 72, the facility manager at The Community Family Life and Recreation Center at Lyon Park, also known as Lyon Park, for about eight years retired in early October.

She is moving to Atlanta to be closer to her family. Phillips is also a former student at the center that was once the old African-American elementary school at Lyon Park. The neighborhood and school was the learning ground for famous people like artist Ernie Barnes and Andre Leon Talley, the former editor of Vogue magazine.

Julie Wells works with youth in the community building and said she has known Phillips for six years.

“To me it seems as if I was always around a woman with a deep knowledge of the West End community and Durham itself,” Wells said. “With her leaving we also lose a person extremely knowledgeable of Durham. Not only that, but a widely known person in the senior community.”

Wells added that Lyon Park has had an all-female staff, but with Phillips gone and a male now taking her spot, it changes the dynamic of the workplace some. Many people working and using the resources at Lyon Park thought of Phillips as a “mother” and a mother figure in their lives.

With her leaving, it is like losing someone who people could turn to for emotional support and wisdom.

“It is like losing a community anchor,” said Wells.

Dosali Reed-Bandele also works in the building and has known Phillips since 2010.

“I’ve been very attracted to her nurturing spirit that makes her seem like a momma,” she said.

Reed-Bandele said Phillips gives lots of advice, especially about motherhood and that she would go into the office early to talk to Phillips.

“She didn’t center herself on one person, she was everybody’s momma,” said Reed-Bandele. “She was open with talking about everything, she was trusted with anything and she brought the Lyon Park building up to par.”

Phillips, who also worked in facilities management and helped residents in Atlanta years ago, gave a small speech through tears at her retirement party and said when she gets to Atlanta she now has to find something else to keep busy.

“I’ll probably find something to do as a volunteer,” she said.

Tenants in Lyon Park said that Phillips has not just an amazing work ethic professionally; she is always on time, but also a good spirit. She always asserts herself and is efficient to the workplace, they said.

Reed-Bandele summed her work up like this: “She helped the community thrive and brought life to the area.”