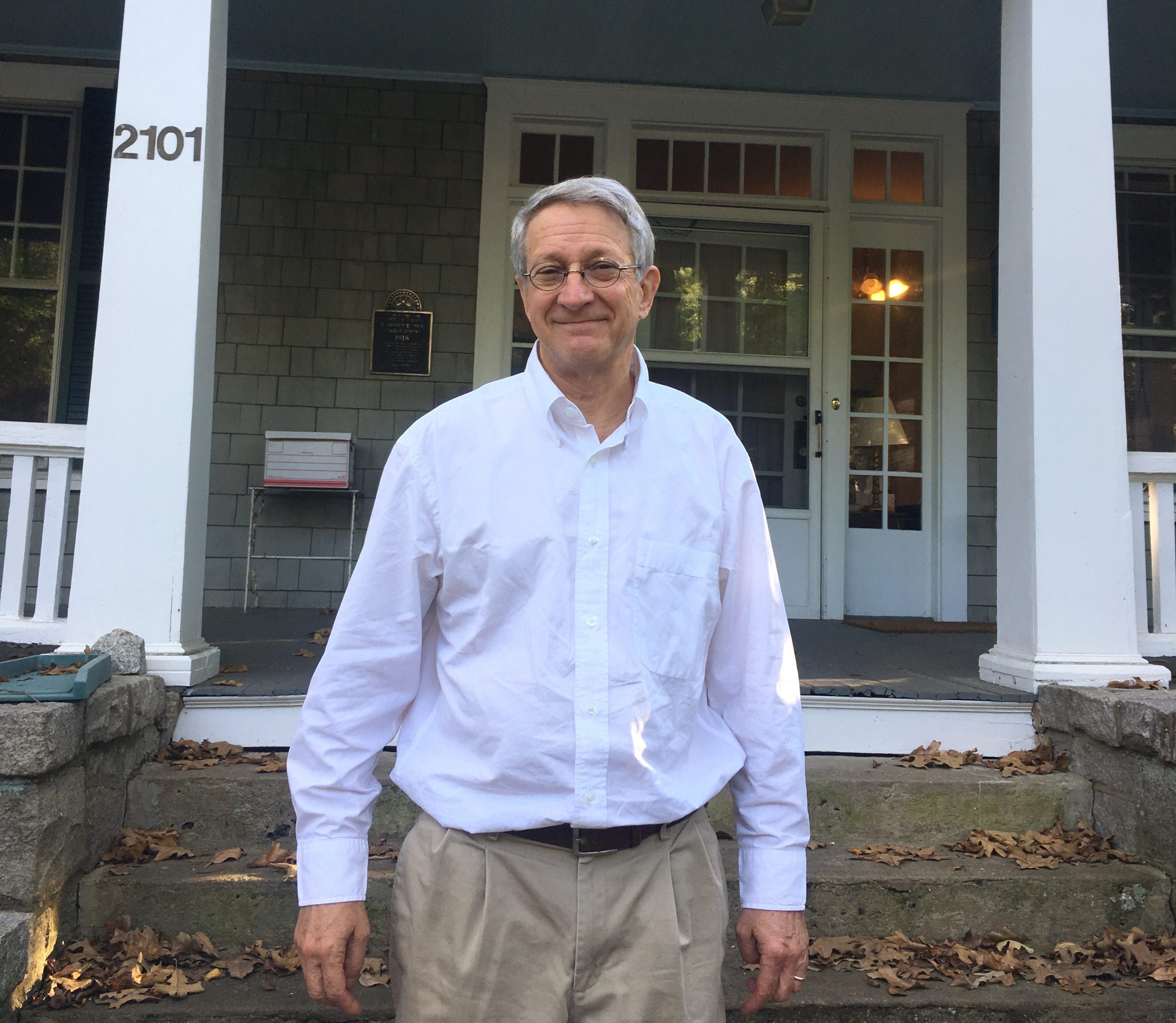 Schewel poses in front of his longtime home by Duke University. (Staff photo by Julian Keeler)

Durham resident Steve Schewel is a popular figure in the Triangle area. You may see his face on signs posted all over the city saying, “Vote for Steve Schewel.”

He is a candidate in the 2017 Durham Mayoral Election. Schewel has always been keen on helping people and a big advocate for equality and justice. His admiration for equity began at a young age.

Schewel was born in 1951 in Lynchburg, Virginia, to Elliot and Rosel Schewel. He comes from a Jewish family. His motivation for social justice stems from Judaism and his parents’ commitment to the Civil Rights movement and equality for women.

“My family were racial liberals in a very conservative city,” Schewel said. “My family is Jewish and we were very motivated by our Judaism to be very involved in social justice.” 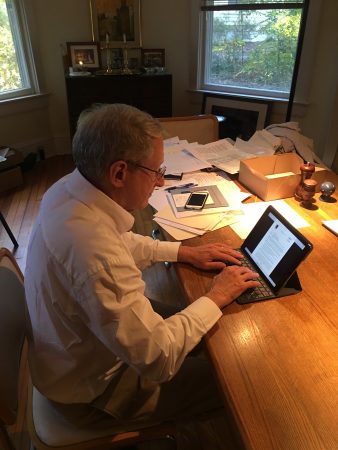 Schewel’s busy schedule causes him to work from home some days. (Staff photo by Julian Keeler)

Schewel credits his parents for influencing his career and shaping the person he is today. His father is a former Senator of Virginia, while his mother was an educator and social activist.

“Later in life, I got involved in running for political office like my father,” Schewel said. “But my mom was the activist and the educator. She influenced me to work on issues and try to make change in the world.”

In 1983, Schewel founded the North Carolina Independent, a newspaper that was published bi-weekly. Schewel felt the need to start his own newspaper after reading other local newspapers that seemed to be very conservative.

“The local newspaper at the time was super conservative and you could see racism in the paper,” explained Schewel. “My friends and I were working on campaigns and different issues, and we just decided we needed a local paper that looked at the world differently.”

Schewel went on to run the Independent for 30 years before it was purchased by ZM INDY Inc., in 2012.

Like his mother, Schewel is also an educator. He has taught classes on social justice and political change at Duke University for 17 years. He was also on the Durham School Board from 2004 to 2008. Schewel received an award for his accomplishments while on the board.

While managing his obligations for the Independent and as a teacher, Schewel coached youth soccer. He spent time coaching at the YMCA, Brogden Middle School, and Riverside High School. He did that for 18 years.

“Fortunately, I had some flexibility with my schedule to coach soccer,” Shewel said. “I work hard and I may have to juggle some things, which doesn’t always work.”

Schewel became involved with politics in 2011. He was elected to the Durham City Council, where he worked to expand access for affordable housing, advocate for racial and economic justice, and much more.

Schewel said he has a great deal of love for Durham. He’s lived in this city for almost 50 years. He said he wants every citizen’s experience in Durham to be as good as his, which is why he’s running to be the next mayor.

“Durham is a great place to live and raise a family,” Schewel said. “I want everybody to share the blessings that Durham confers. I want everyone to flourish here. I want to make that happen.”

Julian Keeler of Raleigh is a junior journalism major at NCCU. This fall he is serving as a staff writer-photographer for the Durham VOICE