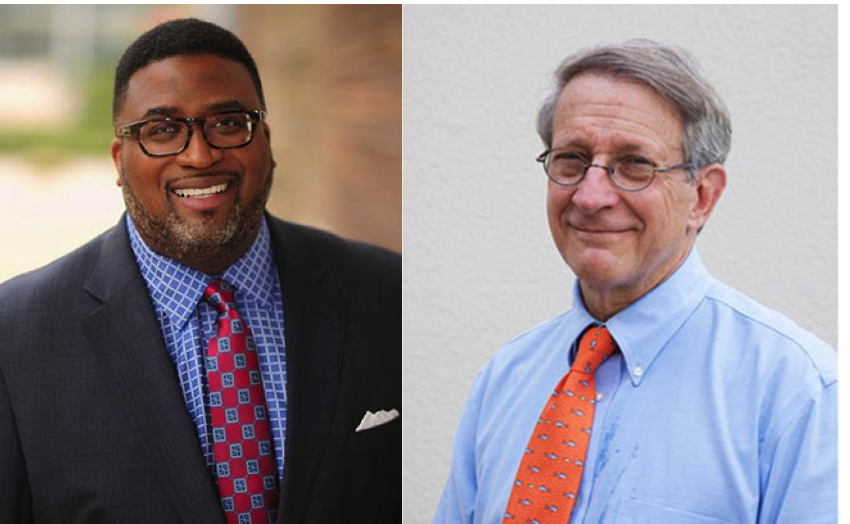 Durham’s election for its new mayor is happening on Nov. 7. This is your final chance to get out and vote, and here is The VOICE’s guide for when you head to the polls. No endorsement is made on this guide.

Farad Ali is a leader in community business and the current CEO and president of The Institute of Minority Economic Development, a nonprofit management consulting firm that supports minority businesses. He grew up in Brooklyn, New York and has lived in Durham for 40 years. He earned his undergraduate degree in finance at the University of North Carolina at Chapel Hill and his M.B.A from Campbell University.

He holds a chair on each of these boards:

Ali is a business-oriented candidate who has also had experience in the public sector. He has been running this campaign with messages that focus on building a stronger Durham community, which he refers to as “OneDurham.” As mayor, he wants to develop new strategies for economic strength and diversity, but he also wants to focus on issues that are not addressed by current policy, such as trust between law enforcement and citizens, affordable housing, and racial and economic disparities across many sectors. Read about Ali’s stance on prioritized issues below.

Why should you vote for Ali, according to the candidate himself?

At the last Mayor Up! Mayoral Forum on Nov. 1, Ali said in his closing statement:

“Around affordable housing and economic development, I think the two are cousins; they work well together. To be able to partner in a way that will benefit our community is very important, and I believe that I have experience to prove that we have done it before.

“We need to collaborate and have the connectivity to the businesses, the private market, and the public market so that we can get people jobs that will make them better off so that they can also get housing and make an impact on their community. We will celebrate in having more shared prosperity so that 2 or 4 years from now, we will have different subject matters, not the same ones over and over again. We will have a measurement system to figure out what temperature we are already on and how much better can we do to help people get jobs, how much better we can do to help people get housing, and how much better can this city be to achieve shared prosperity in Durham. Thank you for your consideration. One vote. One voice. One Durham.”

Ali believes the future of Durham jobs are based in “small business –start-ups and entrepreneurship.” As the current president and CEO of The NC Institute of Minority Economic Development, Ali prioritizes minority-owned businesses that receive a disparate share of the city’s total business revenue. Ali emphasizes not just enrollment in higher education but work with vocational schools, community colleges, four-year universities, and high schools alike to create customized education and employment plans for young people. Ali plans to aid in economic development by focusing jobs that pay a living wage towards unemployed and unskilled workers in Durham. He also calls for setting goals for increased entrepreneurship and Minority and Women Business Enterprise (MWBE) participation in city contracts.

Poverty is the core issue of Ali’s campaign. From Ali’s perspective, in order to combat societal, economic, and racial inequalities, poverty in Durham must be addressed. Ali also wants to stop the homeownership discrimination seen in Durham: “43.3% for African Americans compared to 65.0% or above for whites,” according to Ali. While social justice for racial relations is integral, Ali says economic justice is key to building sustainable change.

Ali believes in the light rail project for its potential transportational and economic benefits. Ali also places emphasis on the need for commuter rail.

Ali addresses the distrust in the policing community and Durham Police Department has an opportunity to transform the relationship. Ali believes strong City Council oversight of the police force is the way to instill accountability and reduce violence, but says he advises the council to help and not interfere. He supports annual racial equity training, incentivizing personnel to reside in the city to facilitate community policing, and encouraging citizens to use the “Take a Ride Home” initiative. To encourage transparency, Ali supports body cameras and documentation of traffic stops to check for racial profiling.

Anything else to know about Ali?

Ali wants to expand current mayor Bell’s Task Force in Ten into a Commission that is functionally equipped with resources and stakeholders it needs to be successful.

Steve Schewel is originally from Lynchburg, Virginia, and earned his undergraduate and doctoral degrees from Duke University and his master’s degree from Columbia University. He is currently an at-large member of the Durham City Council, a position to which he was first elected in 2011 and won re-election in 2015. His City Council term expires in 2019.

He has held a seat on each of these boards:

Schewel is a policy-oriented candidate that often says that “racial and economic justice are the themes of my life.” As mayor, Schewel wants to guide Durham through major challenges and guarantee that everyone will be able to share in the city’s new economic prosperity. Throughout his campaign, he has promoted three main questions, “Will the city we love be a city for all? Can we protect Durham’s values? Can we preserve our small city quality of life while Durham is booming?” As a member of City Council for the past six years, Schewel says that the answers to all of those questions is “yes,” and he has a lot of ideas to make prosperity for all a reality. Read about Schewel’s stance on prioritized issues below.

Why should you vote for Schewel, according to the candidate himself?

At the last Mayor Up! Mayoral Forum on Nov. 1, Schewel said in his closing statement:

“I do want to say what I think the job of mayor is because I think this is interesting. The mayor has full formal authority in Durham, which I think is a good thing because it is very anti-corruption. No one ever asks you for a job, no mayor ever asked me for a favor, which I think is a very good thing. We have a very well-run city because that professional group of people makes it happen. So then, what is the job of mayor? I think what the job of the mayor is to bring people together across difference to meet our common challenges, to form a common vision for what we want to see our city to be, and then to work together to make it happen. I think that is the job, and I think that that is something I have a lot of experience with, that is something I think I can do well, and I hope you all give me a chance to do it. I’m very grateful for this opportunity.”

Schewel is passionate about enacting a voluntary livable wage throughout Durham set at $15. Schewel has pushed the city of Durham to allow people with felonies to get a Commercial Driver’s License so that individuals are still able to work. Schewel has shown his desire to inspire young people through his work with Made in Durham and YouthWork, both young professional development programs. He believes in limiting development of downtown in the future and to focus investing on affordable housing. Schewel supports the city’s 12-week parental leave.

Schewel is an advocate for LGBTQ+ rights in Durham and plans to continue doing so by reinforcing city anti-discrimination policies and increasing protections for transgender children at school. He was an advocate for marriage equality through his guidance of the city council to oppose Amendment One. Schewel advocates for protection of immigrants in Durham through planning to implement Spanish use in public city spaces, meeting the oft-cited need of more soccer field for the Hispanic communities, and increased affordable housing in Hispanic communities.

Schewel has been a proponent of the 18-mile Durham-Orange light rail project and hopes to see it through next year by gaining Federal funding for the project. While Schewel led campaigns in the past  to keep bus fares low, his platform includes urging Durham to plan for free fare buses. He supports the city’s plans for $20 million to be invested in sidewalk and road repairs in the next five years. Schewel wants to improve bike lanes and increase tree canopies to make all areas of Durham accessible.

Schewel supports Chief C.J. Davis and her goals of de-escalation and racial equity training. Schewel is a proponent of the steps for police reform city council created in the past, breaking them up into six parts: required written consent for search; mandatory racial bias training for those on the force; body cameras for all on the street; increased transparency for officer reports; more specific stop and search data; and working to make low level drug offenses the lowest priority of the force.Schewel wants Durham to work towards genuine community policing.

Anything else to know about Schewel?

Schewel believes cities must take the lead on climate change, particularly through waste disposal methods. He led the initiative for Durham to create a pilot food waste program that will be implemented next year.

Current Mayor Bill Bell endorses Ali. Bell said that both candidates are qualified,
but Ali could bring significant economic benefits to Durham. This endorsement
is also strategic in that Schewel, a seasoned city council member, would remain
on the council if not elected. Bell said that this is too critical a time for Durham
to not have a council with experience.

Social entrepreneur and mayoral candidate Pierce Freelon is not offering an endorsement. He finished third in the primary on Oct. 10 with 15.8 percent of the vote. “I think that both candidates have valuable things to offer,” Freelon said at the last Mayor UP! Mayoral Forum on Nov. 1. “I don’t think that either candidate is taking a hard enough stance on taking poverty by the horns. If a particular candidate did take a hard-left stance on that issue, they would have my enthusiastic support. I do think that there is a spectrum and that Farad and Steve represent different perspectives on that spectrum, but I don’t think either of them are pushing hard enough to the left.”

Sierra Club endorses Schewel due to his commitment to protecting the
environment.

The Durham Committee on the Affairs of Black People endorses Ali.

Beth Clifford is a junior public relations and public policy major at the UNC-School of Media and Journalism. A native of Mt. Prospect. Ill., this fall she is serving as a writer-photographer for the VOICE.