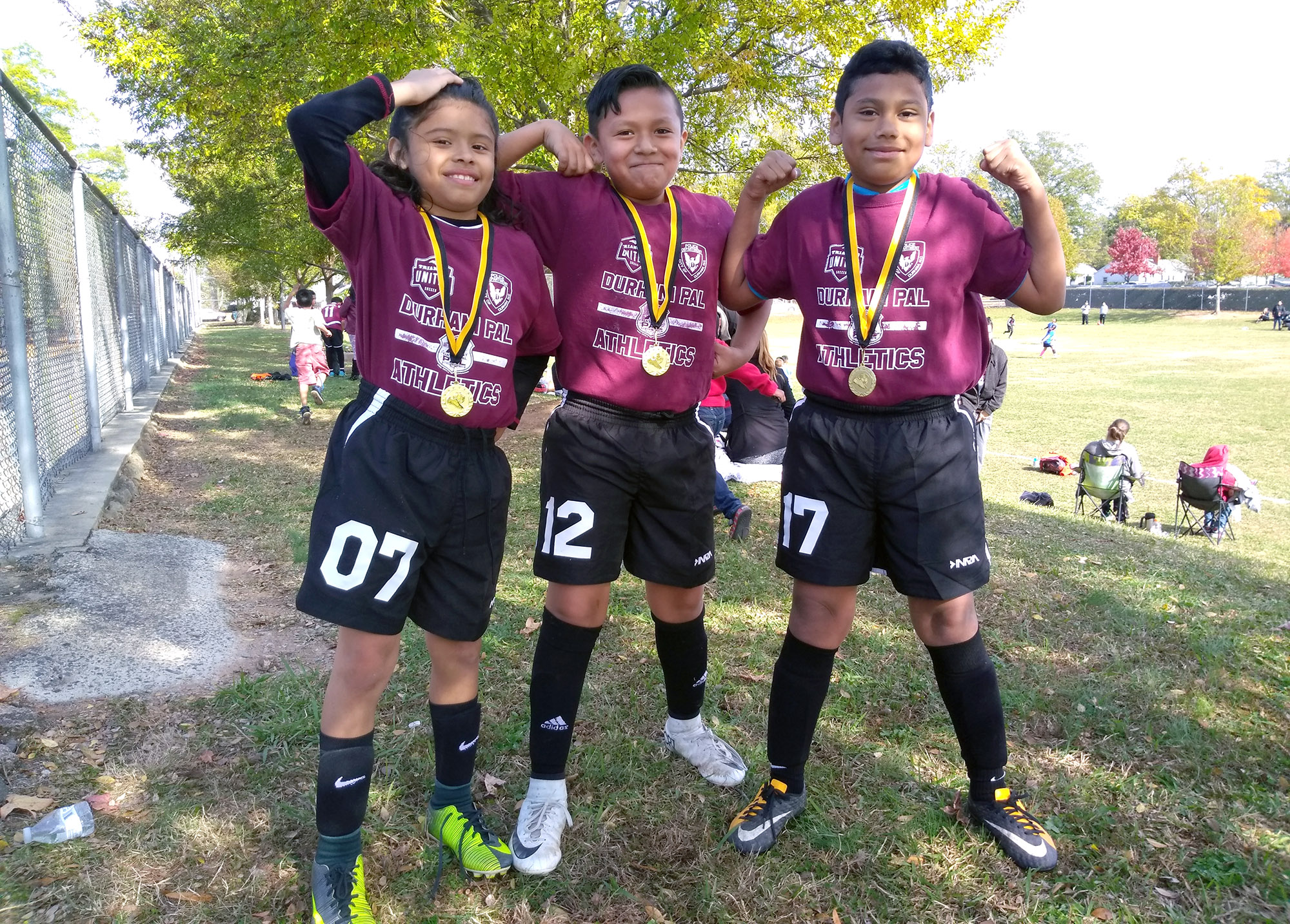 Christopher, Andy and Jesse of IDYL showing off their comradery and medals after their victory. (Staff photo by Vanessa Luo)

On a slightly chilly Saturday November morning, bearing the cold and restless with excitement, around 300 Durham elementary students gather at Holton Career and Resource Center Field. Upon their arrival, the students are handed uniforms and begin their warm-up for the long-awaited 2017 PAL (Police Athletic League)’s soccer league. 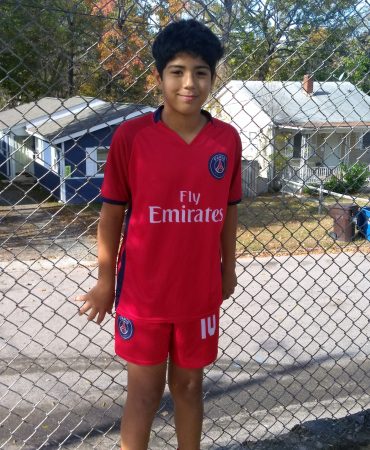 Jack Guerra from IDYL came to cheer for his friends in the soccer league. (Staff photo by Vanessa Luo)

The Durham chapter of PAL was created in 2010 by the Durham Police Department and now-retired Officer Erwin Baker. In the earlier years, students from around six or seven elementary schools attended PAL activities. Currently, students from nearly all of the local elementary schools partake in PAL’s athletic programs. PAL offers a variety of athletic programs in addition to soccer, such as basketball, baseball and golf.

The 2017 PAL soccer league’s last game was on Nov. 18. The games were each 45 minutes long. Every game was split into two 20 minute halftimes. Unlike middle schools and high schools, Durham elementary schools don’t have sports teams. PAL is therefore a substitute for sport teams and help prepare elementary students for middle school athletic teams.

Due to the uneven number of schools, Easley Elementary and Faith Assembly Charter School’s students were combined into one team.

Durham Police Officer John Suitt Jr., 45, is the community relations officer. He joined PAL in 2013 as the PAL Coordinator.

To celebrate the last game of the year, PAL provided the students with backdrops for pictures, pizza, water and medals. Additionally, PAL also provided transportation for students to and from the field.

“Everything is free,” Suitt said. “Only thing needed is for them to come out.”

Lukas Strout, 50, from Police Victim Services, helped compile complimentary photo CDs for the students. Although this was the first year photo CDs were passed out, Strout hopes for it to become an annual tradition.

But the scores held no real meaning as the students continued to run with their might and laugh heartily with their friends over pizza.

Suitt looks as the children fondly. He hopes to build a future PAL center in the near future. He described it as a safe haven to house all of PAL’s activities. He also hopes for PAL to expand into more diverse programs in the future, such as boxing, track and cheerleading. And he expressed interest in several non-athletic programs, including robotics, chess and homework assistance.

PAL’s main future endeavor is to incorporate a multitude programs to help youth stay on the right path, and ultimately succeed. Despite the lofty goals of PAL, Suitt remained undaunted and said with a smile,

“It’s just a better way to make them better citizens.”

For more information on Durham’s local chapter of PAL, check out their Instagram.

Vanessa Luo is a journalism student at the UNC-CH School of Media and Journalism. This fall she is serving as a staff writer-photographer for the VOICE.