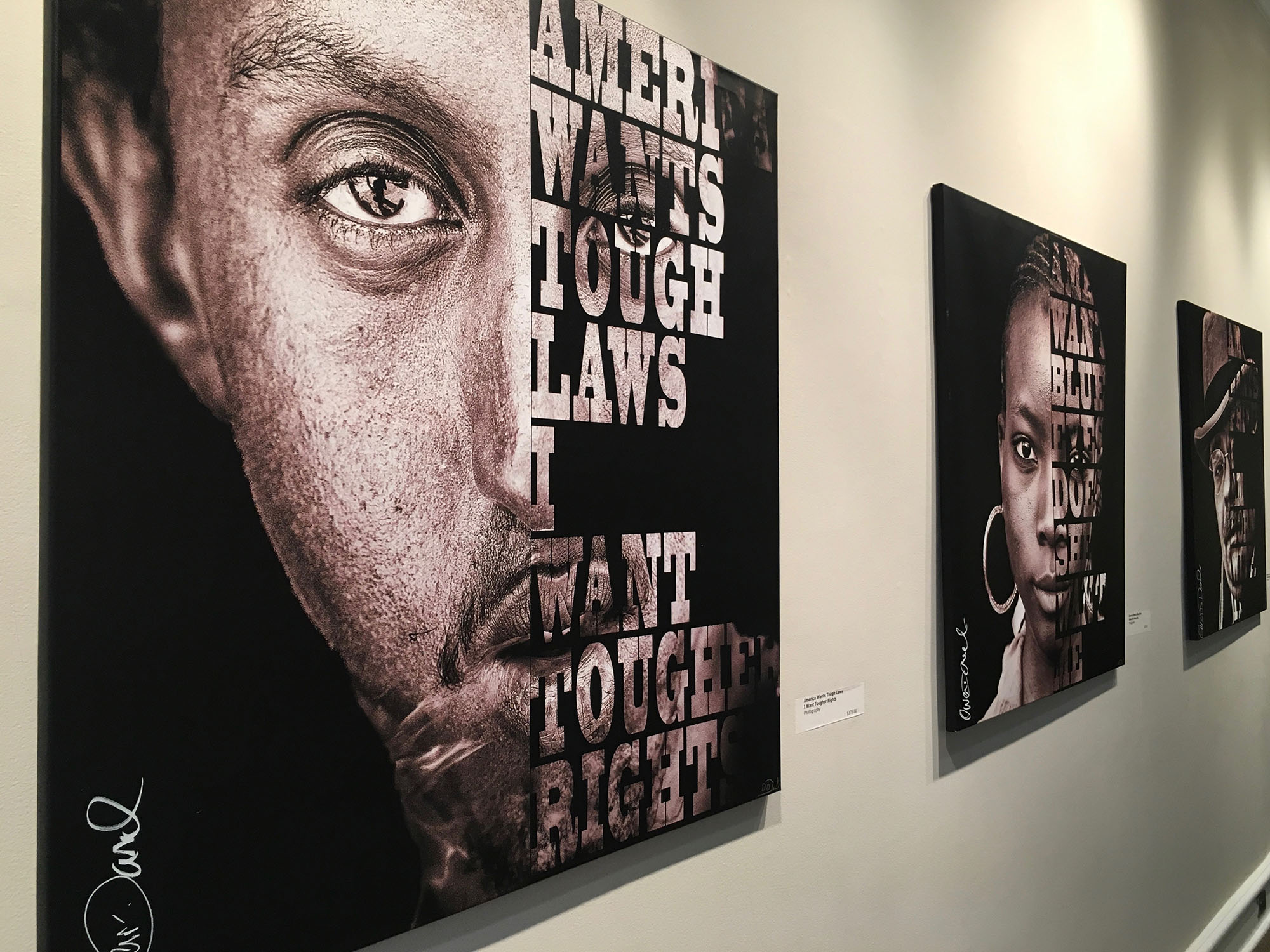 Turning photos into powerful messages, Owens Daniels is using photography and digital art to make a statement about relevant social issues of the moment. 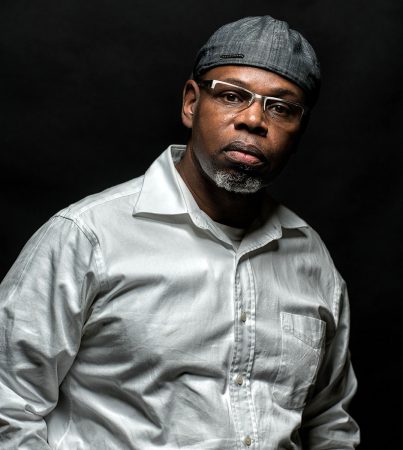 Originally from Richmond, Virginia, Daniels considers himself a “hybrid North Carolinian.” A retired military veteran, Daniels got his start in photography at the U.S. Army Photographic School of Cartography. He is also a graduate of Virginia State University and Central Texas College.

While Daniels currently works and resides in Winston Salem, he believes Durham has had a special place in his artistic journey. He enjoys shooting street photography in the city, and his sister-in-law currently resides here.

“I am in Durham pretty often,” Daniels said. “I think it is an interesting city, and I love how it has developed.”

Durham has had a special impact on him as an artist. Daniels finds the city inspiring and says he loves how it is making art available for people in a way it hasn’t been before.

“There are a lot of things going on in Durham,” Daniels said. “They have made the downtown area easy and accessible. There is a certain energy going on with the arts and innovation.”

Daniels has an art studio where he completes his work, but his ideal creating space is in the streets. He takes any chance he can to be out in the city socializing and learning more about the people he comes into contact with.

“Everyone has a story to tell, both young and old,” Daniels said. “As a storyteller, I am able to take that story about your character, personality, environment and your culture and give it a visual voice.”

Daniels believes that using people as subject matter forces people to look into the eyes of another human and fill in the lines for themselves. The viewers are able to form a story in their head about who this person could be, and that is the power of Daniels’ storytelling.

Daniels said: “A defining moment for me came when I first discovered that photography can be more than just photos. I realized that I could take the work I already produced and give it another life. ‘America Wants’ is one of those moments.”

Daniels was selected by the Durham Arts Council to display his work in his first solo show entitled “America Wants.” This gallery centers on the premise of expectations in America. Each piece begs the question: What does America want?

“I took each photo, and I confined myself to about eight words – each one starting out with a social issue that challenges our society today,” Daniels said in regard to his specific vision for this show.

Each piece in the “America Wants” gallery is a message about a specific social issue. Tackling issues like poverty, race, class, sexism and privilege, Daniels uses a multimedia style to create powerful messages through the use of words over photographs.

Daniels said: “I found that I am inspired by relevant social issues. My goal is to make those issues accessible, so I try to not be all in your face. I like to leave space between the subject matter and the viewer so they are able to make up their own minds.”

One of the pieces in the gallery depicts a young black woman and the words, “America wants blue eyes. Does she want me?” When asked about this specific piece, Daniels said the inspiration came from the evolving standard of beauty in America.

Daniels believes this is an important piece with a powerful message because this standard of beauty has segregated other races over history, and it has forced people of all ethnicities to conform to unrealistic expectations of beauty.

“You have entire tribes in Africa that are bleaching their skin and groups of people in America that straighten their hair, all to meet this standard,” Daniels said. He believes the real questions we should be asking are, “America wants blonde hair and blue eyes, but does it want me? Does it want me, the black person? Does it want me even though I’m not this way?”

In just eight short words, Daniels is able to convey the feelings of millions of people in a powerful way. He demands your attention by using the faces of real people with real stories to look you straight in the eye.

Daniels aims to use his camera to open the space between himself and his subject matter. Through his camera, he says he is able to see a world of interesting people, relationships, opportunities and experiences. He wants to use his art to tell those people’s stories.

For more information on Owens Daniels and his work, you can visit his website.

For a printer-friendly version of this story click here.