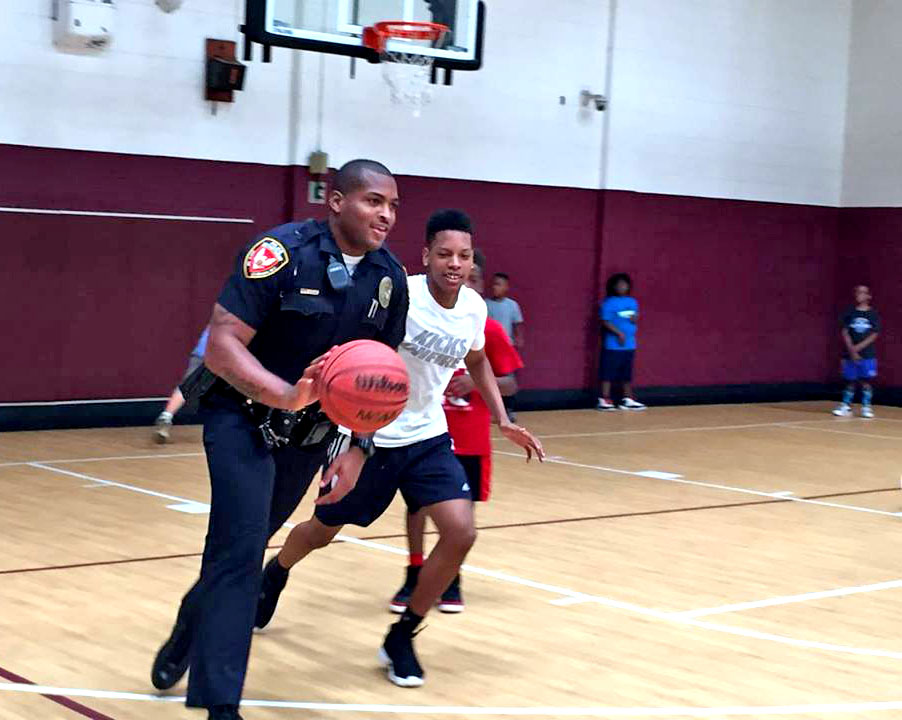 At the corner of Alston Avenue and Liberty Street is an army base…of sorts. The Salvation Army Boys and Girls Club has been serving Central Durham since 1934. Within these walls, neighborhood children find a safe haven, solace, joy, laughter and company.

It is a much-needed break; a salve of normalcy to what awaits many of them when outside these doors.

“This neighborhood is not safe,” says Joshua Dorsette, the club’s executive director.

A drive through the neighborhood confirms and unnerves.

“There are slums, ghettos and projects,” Dorsette adds, shaking his head.

In the neighborhood ‘hawk-eyes’ and ‘look-outs’ dot front yards and street corners. Sentries on the lookout for the law as drugs sell in the background.

This is the environment that kids at the center come from.

“One of my kids was killed right there,” Dorsette points at a street corner. “It was a bloody killing, the kid was just 14 and a freak athlete, baseball, basketball, name it — he played it — and he was good too.”

When the kids come in from school they are matched to their calls by grade. It may be the gym, the library or the computer room.

There is also a game room with pool, billiards and video games.

Once settled, the kids assume their routines, those with homework work on that task, and when done join their troops wherever stationed in the center.

An army of staff waits on them — and rightly so, because it takes an army’s unselfish dedication to right and normalize a kid born in and around the neighborhood.

“A brand-new kid takes six months to reshape his everyday living process,” Dorsette says, “Hey, pull your pants up, we don’t curse here, watch your mouth, [and]we don’t steal,” are commands that staff call to new kids. “They come through the door that way because where they come from that’s normal.”

The club offers boys and girls an after-school service for ages 5 to 18. It runs year-round programs with automatic qualification. The center has 185 kids enrolled with 105 actively served. It has programs in sports and athletics, education and arts, leadership and character, and a nine-week summer program.

“We also have a program that help prevent teen pregnancies called Smart Moves,” Dorsette adds,  “and Street Smarts for boys. Street Smart is a gang prevention program for 11 to 13-year-olds, touching on guns and police officers.”

“It’s a pleasure serving the kids,” says T.R. Janifer, a community liaison officer with Durham police who’s been visiting the center for over a year.

One program that Dorsette, an NCCU alumni, is really proud of is the youth basketball program. It was started in 2010. The teams are based on the neighborhoods the kids come from.    This year 15 kids from the program won college scholarships. Over the years there have been some successes with some kids ending up at neighboring N..C Central –and even some going further down the road to UNC-CH.

Donations to the center are always welcome. The center is funded by the Boys and Girls Club of America, the Salvation Army, the state and donations from well-wishers.

Please direct your donations to:

Antony Nganga is a junior political science major at North Carolina Central University serving this spring as a staff writer-photographer for the Durham VOICE.