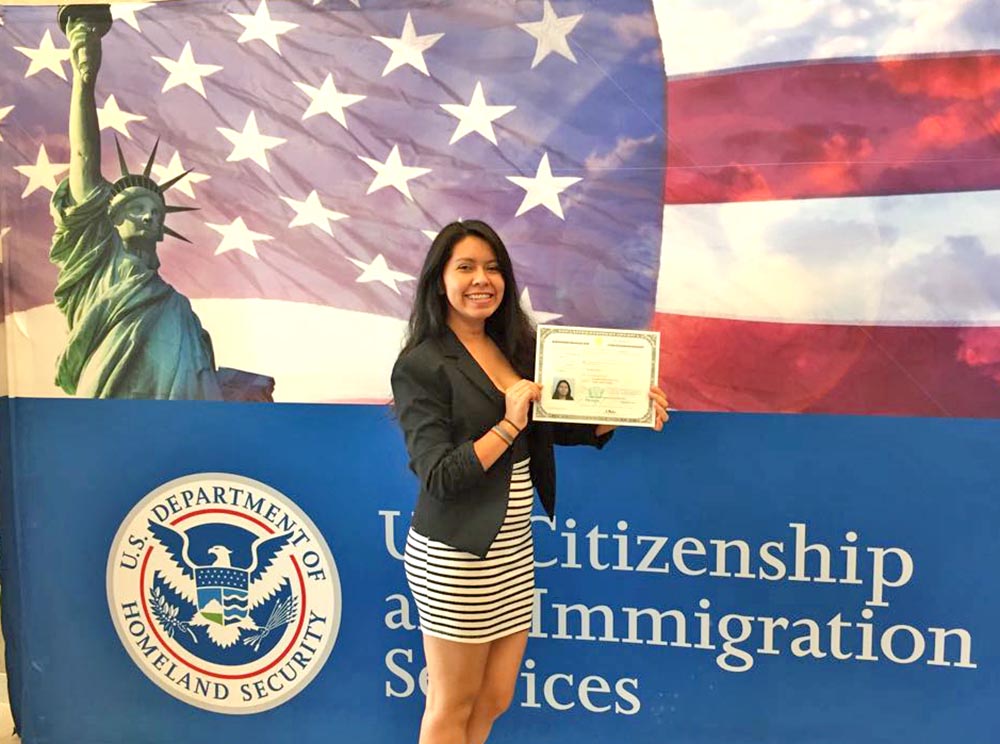 As a woman, an immigrant from Colombia and a college student pursuing a career in journalism, I feel that I am under constant attack by the current U.S. administration.

Often recently, I have felt the need to call out our administration and elected officials. But I keep myself from doing it. I wonder how much of my opinion is OK for me to express without damaging my future in journalism?

Everywhere but on the editorial pages, journalists are seen as impartial humans. We need to be able to bring the “both side of a story,” but keep ourselves out of the narrative. But how will I be able to keep myself from a narrative if I am assigned to interview a white nationalist or someone who believes I should go back to my birth country?

After the shooting at Parkland Fla., a few miles from home, I felt the need to call out my representative, Marco Rubio, R-Fla., because he has received over $3 million from the NRA and opposes any legislation that could help to prevent a future mass shooting.

At the beginning, I was feeling hopeless, sad and mad. This shooting was the third that has taken place in my state in the past year and a half. First was the Pulse Nightclub shooting in July 2016, and just six months later, there was a shooting at the Ft. Lauderdale airport.

Yet, seeing the bravery of the Parkland students has given me hope — that maybe this time the lives lost won’t be in vain.

Yet, my frustration with the government does not end with a gun reform. The issues I care about are about social equality, income inequality, climate change, animal rights, immigration reform, to name a few.

Standing in front of replica of the Statue of Liberty, Zayrha Rodriguez celebrates her new citizenship (Photo by: Viviana Murcia )

I do not intend to take my Twitter handle and go on daily rants about all the issues I care about, but there are moments where I have kept myself from posting my opinion, fearing it could damage my future. I know future internship and job recruiters could look at my Twitter handle, and I do not know how they will react to my editorial posts.

Unlike most people living in this country, I could not take my frustration to the polls. For the past five years, as an immigrant from Colombia, I lived in this country as a “permanent resident.” This status allows me to live permanently in the United States, have a Social Security number, but I could not vote. I was relying on my friends and my classmates to vote. I tried to encourage them to register and vote, or talked to them about any issues that are important to me.

Then, last weekend, my dream came true. I became a United State citizen.

I submitted my application for naturalization in March 2017. In April 2017, I got my appointment for my fingerprints. Then the waiting game started. I knew that I was not going to hear anything for a few months, but I never expected to be more than six months. In January of this year, my dad called me that on Feb. 22 was my interview in Miami.

I had a month to prepare for the civics test. I had to study 100 question ranging U.S. history, geography and civics. During the interview, the USCIS, U.S. Citizenship and Immigration Services, will ask only 10 question and you only need to get 6 right to pass. Also, they test your ability to read and write English.

On Feb. 22, I had to wait about an hour before I got called for my interview. During the interview, I was asked about my application, six-question from the 100, and I had to read one question and write the answer to the question. All of this took around 10 minutes, and I walked out as a citizen.

After that, I waited about a half an hour for the date of my ceremony. When I received the invitation, I was surprised that it was following day.

In the ceremony, there were over 100 people from 17 countries were becoming a citizen. They showed us a video of immigration throughout history. Then we stood-up, raised our right-hand and swore our loyalty to the United States.

Finally, we sang the national anthem and recited the pledge of allegiance to the flag – which I did every day in all my four years in high school. Then we received our naturalization certificates, and the ceremony was concluded.

Now I am aware that I not only represent my vote and personal opinion, but also the voice of thousands of people who have been disenfranchised for any reason  — immigration status, former felons or mentally disabled.

While now I have a say on who should be making laws in this country. I know I will still try to find the balance between my journalism career and expressing my opinion in public. And finding the right outlet in which to express them.

Maybe this, and the Durham VOICE, is a start.