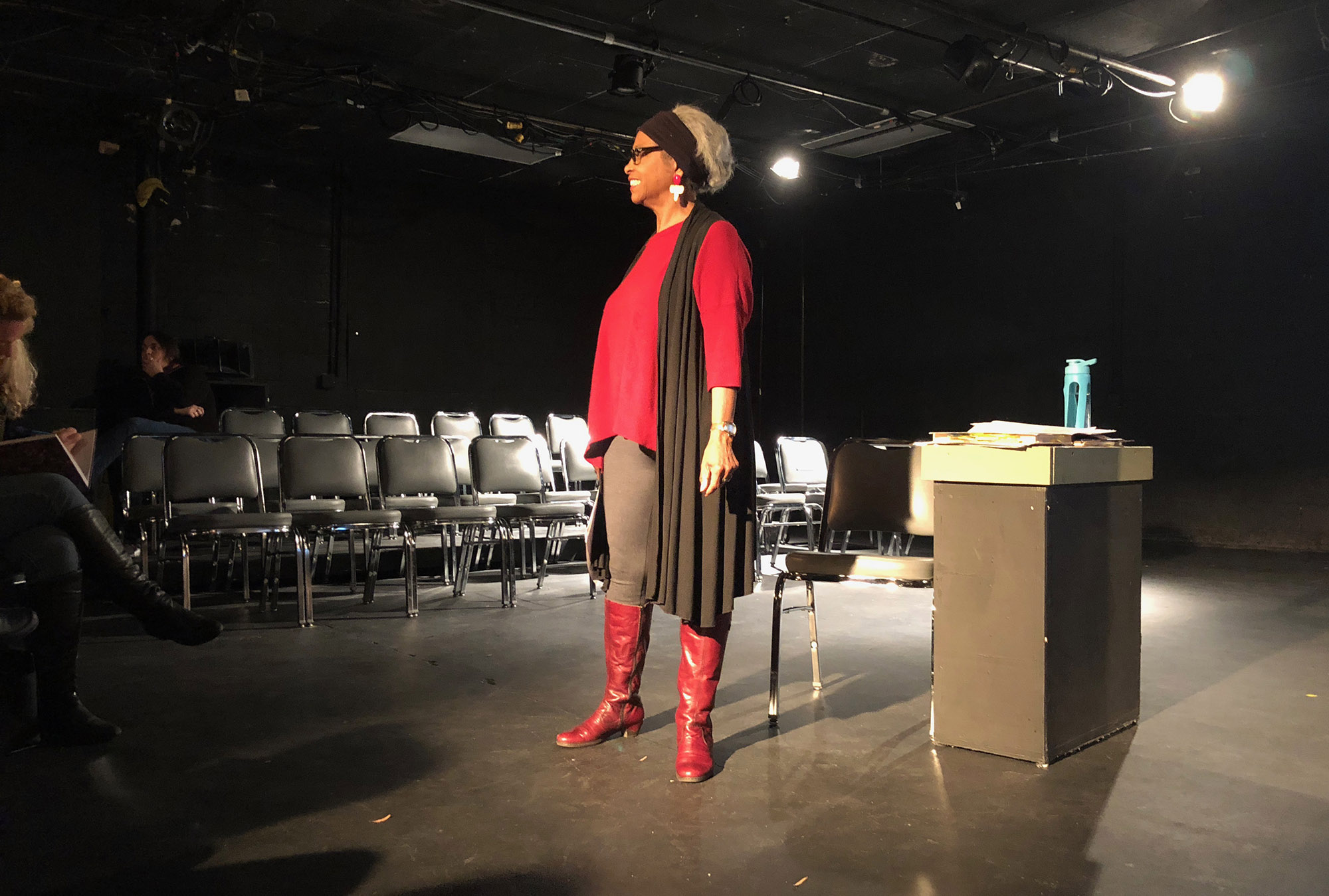 Actress Rhetta Green speaks to the crowd at a community conversation on "The State of Black Theatre: Then, Now, Locally." (Staff photo by Kelcie Frye)

A local theater company is changing the face of the Durham theater scene. Black Ops Theatre Company, which features black artists from around the Triangle, is committed to challenging the preconceived notions of what black theater looks like. 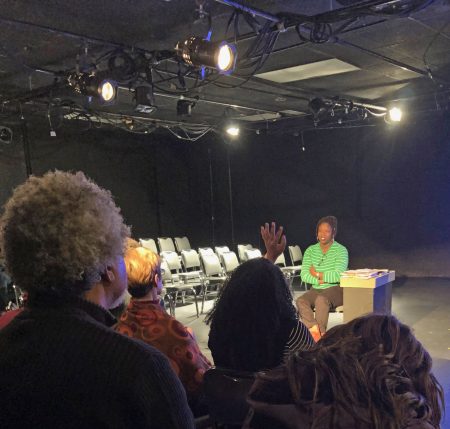 JaMeeka Holloway-Burrell speaks to the group about the importance of investing in art programs for the black communities of Durham. (Staff photo by Kelcie Frye)

Founded in 2015 by JaMeeka Holloway-Burrell, the Durham-based theater group was formed as a response to the growing theater community in North Carolina.

Holloway-Burrell is a native of Durham, so when she decided to start the Black Ops Theatre Company, she knew Durham was the perfect place to start.

“I’m Bull City bred. My uncle actually owned a shop on Fayetteville Street, and it was the first black-owned bookstore in North Carolina,” said Holloway-Burrell. “Durham is my home. There’s no other place that I would rather see flourish more than the Bull City.”

Starting on March 15th, The Black Ops Theatre Company hosted the very first Bull City Black Theatre Festival in the Durham area. The two weeklong event was held at the Manbites Dog Theater, which is located at 703 Foster Street in Durham. The first week of the festival featured three new short plays. The second week opened the floor to the audience in three free community conversations.

“This was our inaugural year. We started Bull City Black Theatre Festival as a way to connect the black theater groups in the area,” said Holloway-Burrell. “I wanted to support them by doing more than just showing up to their shows. I wanted to explore our plurality and how we can work together in the same place.”

Holloway- Burrell says that the theater companies in the festival, like Black Ops Theatre Company, Black Poetry Theatre and MOJOAA Performing Arts, are making art approachable again. They are getting out into community centers, bars and neighborhoods.

In addition to plays and community conversations, the Bull City Black Theatre Festival also offered free workshops for people to attend. It is their hope that this festival will bring awareness to the importance of culturally specific work by bringing Durham together with its local, professional black theater community.

“We have a lot of conversations about accessibility, but I think we need to shift the conversation to approachability,” said Holloway-Burrell. “How are we making the work that we do approachable? I think that’s a part of being an artist in general. We have to be more creative in where and how we decide to create shows.”

One of Black Ops Theatre Company’s goals is to get out of the theater and into the streets of Durham. They want to bring art to the people and make it approachable and accessible to everyone. Holloway-Burrell believes it is the job of local artists to get into the communities and bring the art to the people. 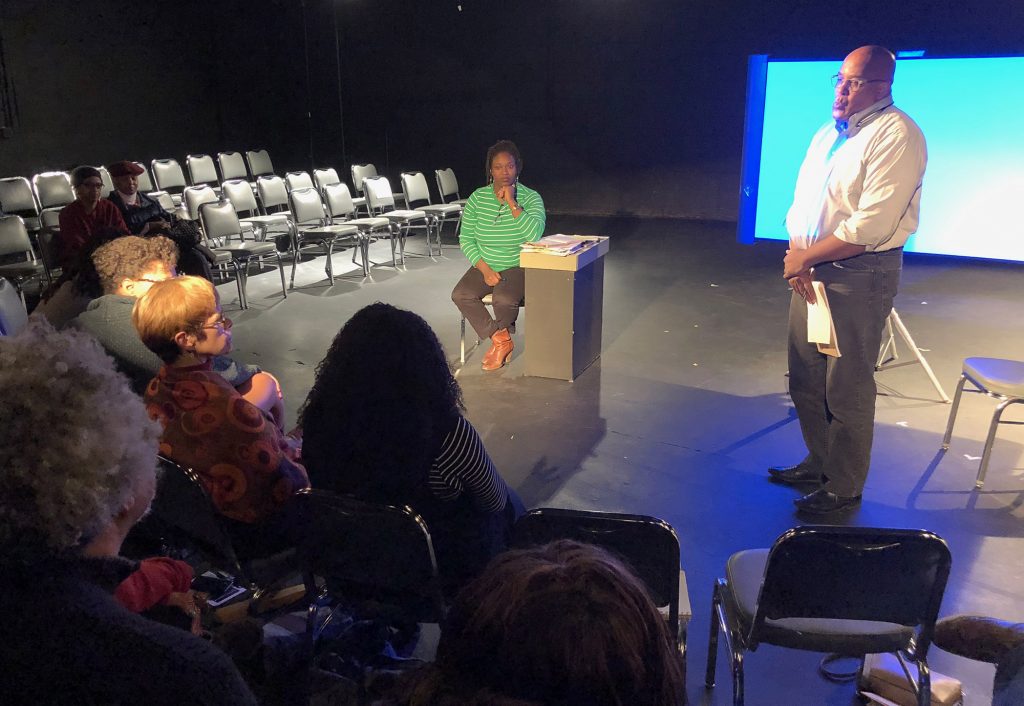 With JaMeeka Holloway-Burrell looking on, John Harris leads a community discussion on the current state of black theatre at the Bull City Black Theatre Festival. (Staff photo by Kelcie Frye)