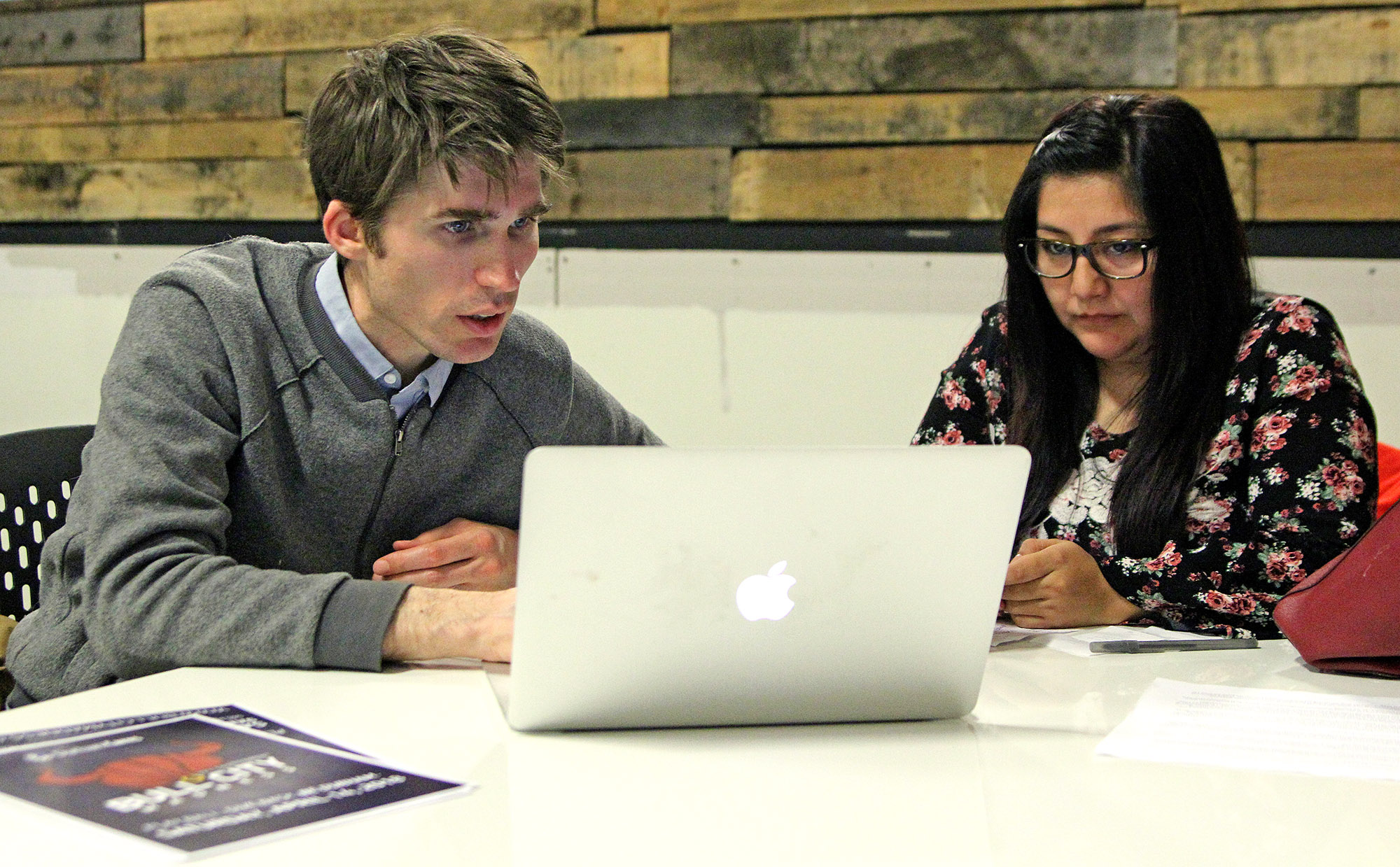 Plenty of people love to play basketball for fun. Now they can play the sport to help raise money for a good cause, too.

Reynolds Chapman is the Executive Director of Durham Cares, a nonprofit that focuses on fostering collaboration, developing leaders and educating the people of Durham to care for their neighbors in holistic ways. Chapman’s latest attempt of doing this is through a 3-on-3-basketball tournament, which will take place Saturday, April 14 at Long Meadow Park.

Chapman first came up with the idea along with Keith Daniel, Durham Cares’ board chair, and they thought it was a no-brainer.

“We both love basketball and when we got to thinking we realized there is no city-wide 3-on-3 tournament,” Chapman said.

To put this plan into action, Chapman reached out to other nonprofits last summer. From there he decided a basketball tournament would be a great way to bring the city together to raise money for Durham Cares and other nonprofits.

Durham Cares has developed a reputation with other nonprofit organizations because of its ability to help different organizations through various events. Chapman’s goal with this upcoming event is to help not just Durham Cares but also Urban Hope, Partners for Youth Opportunity, Child Evangelism Fellowship, StepUp Durham and NBN Sports to continue running for another year.

According to Reynolds, anyone 14-years-old or older can play in the tournament and the teams will be co-ed.

“We decided to have intergenerational teams that are co-ed because we wanted to be broadly inclusive,” Chapman said.

Through the experience of playing and interacting with people from different backgrounds, Reynolds hopes that the participants will not only enjoy the games themselves, but will also walk away more open-minded about different views and cultures.

“Bringing people together for an activity like a basketball tournament builds the relationships that help people see the many parts to a community and to the people in their community,” Chapman said.

In addition to the tournament, Durham Cares will host a dinner on Friday, April 13 at ReCity starting at 6:30 p.m.

Chapman said the planning process has been chaotic and has “kept our heads spinning,” but that it’s all been worth it.

“It’s also really fun because it’s a creative and collaborative process that is exciting when we start thinking of the different ideas,” Chapman said.

Qaadir McFadden is a senior at Research Triangle High School in Durham. A Partners for Youth Opportunity intern, this year he is serving as the Teen Editor-in-Chief for the Durham VOICE.