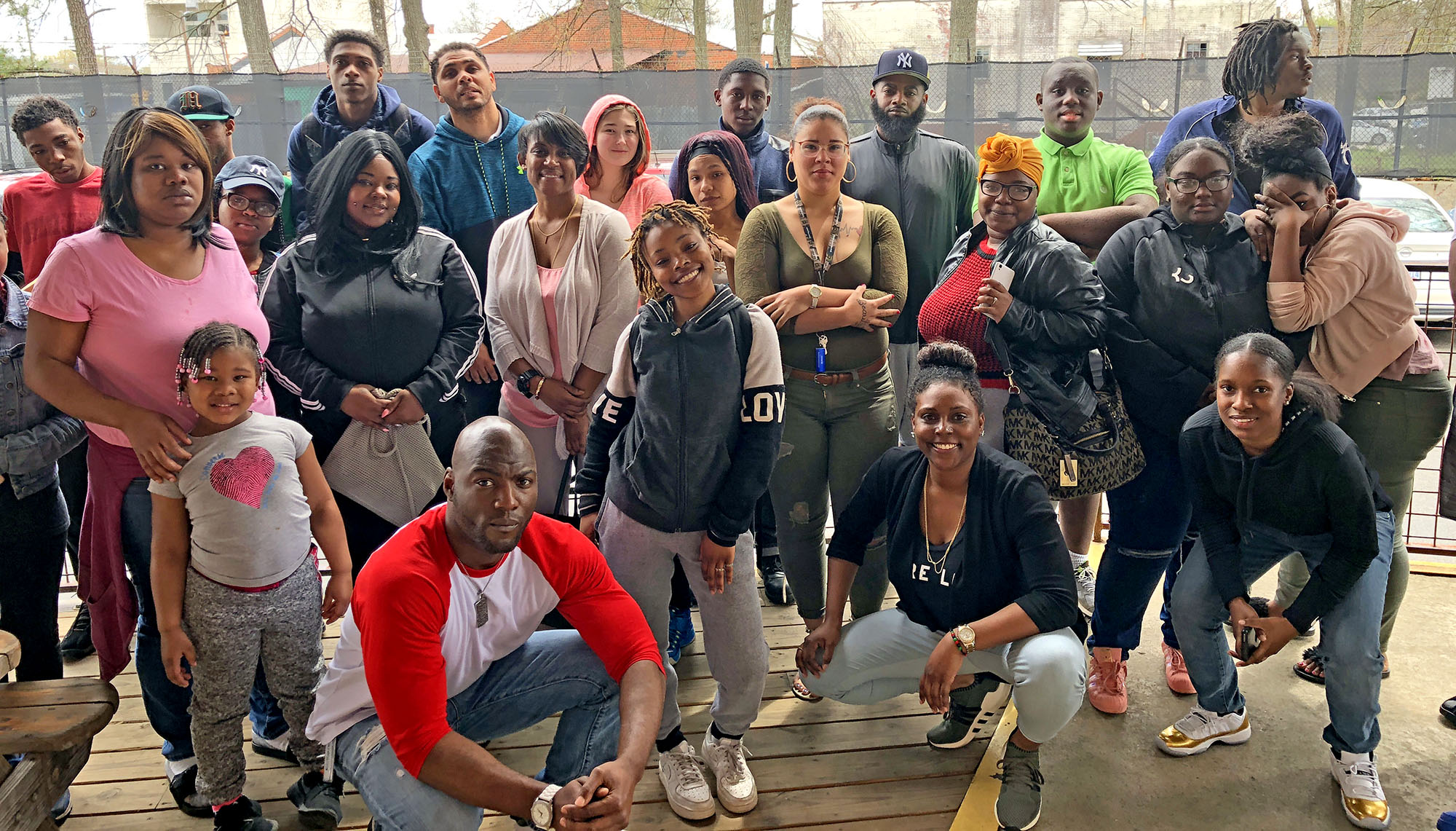 NEXTGEN program members pose for a group photo after this month’s rap session. “If you need anything, they’re there,” says program memember Tevin Guasp (back row, in the Yankees cap). (Staff photo by Cole Villena)

Getting a job has never been a problem for Tevin Guasp. The 26-year-old New York native is hard-working, friendly and eager to learn on and off the job. But, without a high school diploma, Guasp found his career options limited. 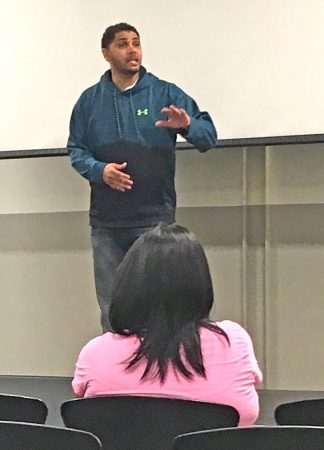 “I found jobs,” he said, “it just wasn’t a job that I necessarily wanted. It’d be like, fast food jobs and stuff like that.”

As a program enrollee at NCWorks NextGen Durham, Guasp has been placed in a higher-paying, more fulfilling job as a mechanic at a Meineke Car Care Center­—one that gives him a head start on securing even better job opportunities in the future.

Eric Haddock, 38, has led NextGen since the program’s official launch in November. Twenty-seven program members have started work experiences since then, with an average hourly wage of $11.

“That’s not bad math at all for our kids,” Haddock said.

NextGen, headquartered at ReCity Network at 112 Broadway St., is a federally-funded youth employment initiative formerly known as Youth Educated and Successful (YES). Now operated by Eckerd Connects, NextGen breaks down conventional barriers to youth employment in the Durham area—whether that’s a criminal background, the lack of a high school diploma or homelessness. Individuals ages 16-24 are directed to in-demand job fields and given the coaching and resources to be successful in the workforce.

If an enrollee has trouble getting to and from work, NextGen can pay for bus passes or fuel expenses. If an enrollee has a child to care for, they can be connected with and reimbursed for affordable daycare services. And for people like Guasp, who are finishing their GED certificates, NextGen can play a key role in setting up job opportunities that may otherwise be unavailable for non-high school graduates.

“They’re supportive,” Guasp said. “If you need anything, they’re there.”

A chance to work

Work experiences, such as Guasp’s job at Meineke, are a cornerstone of NextGen’s work. Program members meet with NextGen’s career coaches to determine a career field of interest. The coaches then work to connect them with a relevant business in the community for 260-hour internships. Once that internship period has ended, program members are often hired by those same businesses in full-time positions.

NextGen also uses its own funding to ensure their enrollees receive entry-level wages, even in positions that are not paid by the employer itself.

“They’re making wages that they wouldn’t typically make other places because they wouldn’t get an opportunity to get these jobs,” Haddock said. “They get used to the salary of that position.”

Guasp said the money he makes as a mechanic is “way better” than what he made in previous jobs. However, he can’t put a price on the work experience he’s gotten—or on the satisfaction he gets from working in a field he actually enjoys.

“They find jobs that you’re interested in,” Guasp said of NextGen’s career coaches. “You can learn something that you can take on to make more money.”

Haddock first started working with youth in the Triangle in 2006 as a teacher at Sanderson High School in Raleigh. He said that collaborating with community partners has been critical to ensuring his program members’ success both on and off the job.

“Workforce development is what we’re here to do,” Haddock said. “We can’t provide all services, but we want to be an integral part of other nonprofit organizations […] that need the services that we can provide to the youth.”

“It really becomes a partnership with community businesses as well,” he continued, “because they’ve got to buy in” by being willing to hire program members.

Haddock and his four-person full-time staff are excited to bring a “fresh identity” to youth career development services in Durham. Early cooperation with such organizations as the H.E.A.R.T.S foundation, Housing for New Hope, and Step Up Durham have given them high hopes for the organization’s future.

Guasp, meanwhile, is focused on his job at Meineke and on completing the final test in his GED certification. He’s excited to see what new doors that achievement will open for him, and he’s confident that NextGen will help him take the next steps in his career, wherever they may take him.

“They help us find jobs,” he said simply. “Because you need a job to survive out there.” 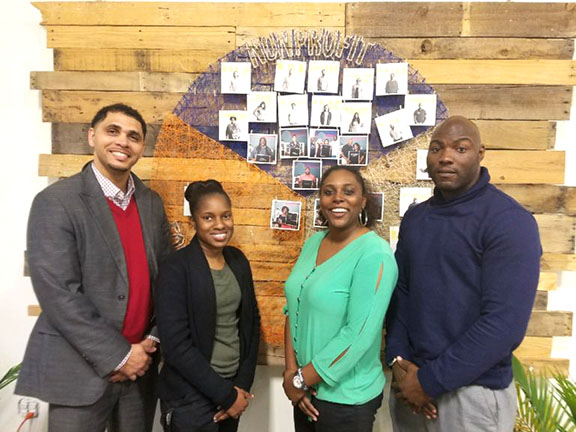 NCWorks NEXTGEN Durham is hosting speed interviews for jobs in construction on June 7 at ReCity. To learn more about or register for this event, visit their website.