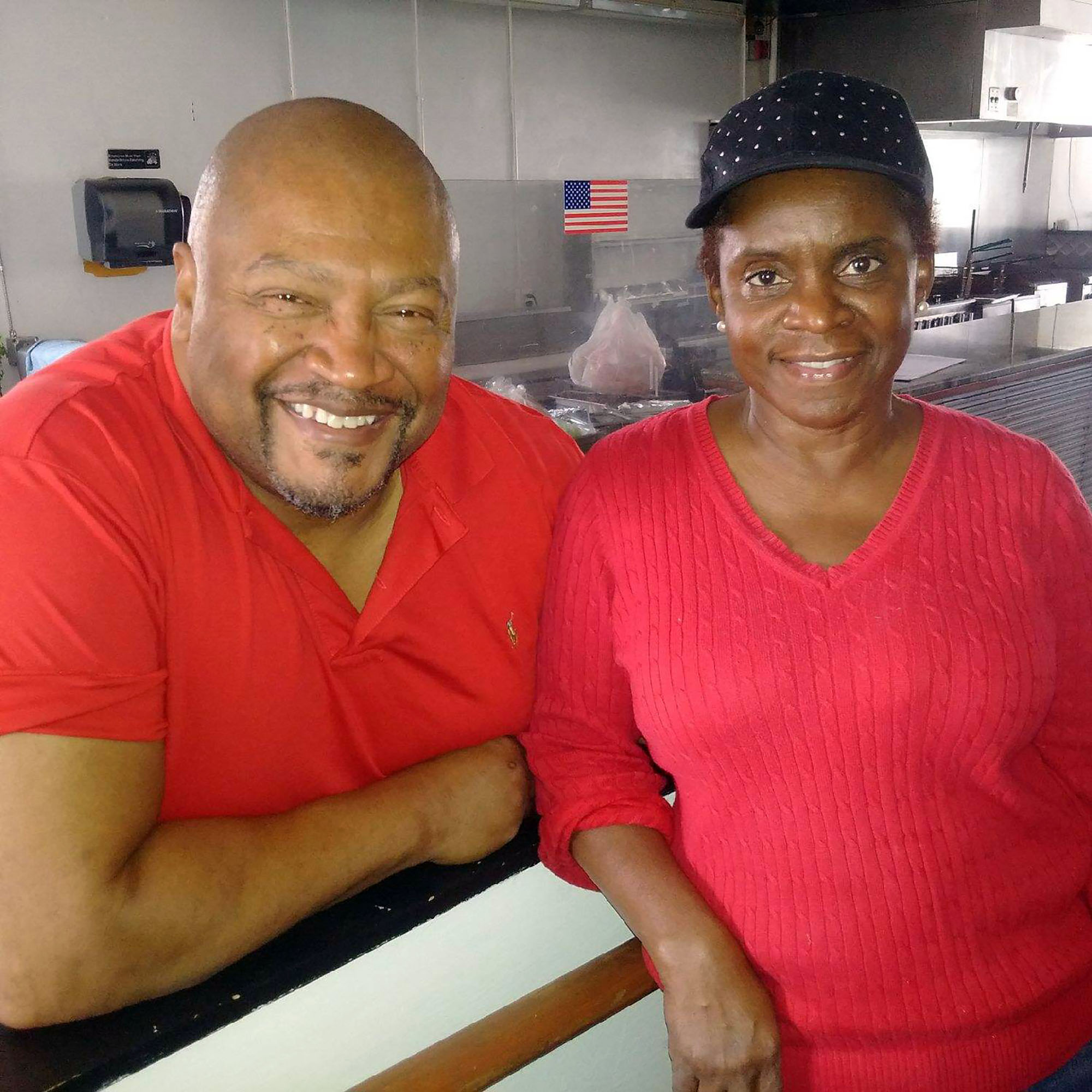 They say love can move mountains, and Joe Bushfan is a mountain of a man. He is big of stature, of smile and of food. Joseph Bushfan owns the Commissary on 2100 Angier Avenue.

Although it looks like a quiet location, inside is a buzz of activity. Behind the building, rows of food trucks, wait parked, anxious for their load.  They seem to stand in anticipation as people dart in and out. Nobody moves slowly here. Nor speaks slowly. This is Joe’s Commissary. 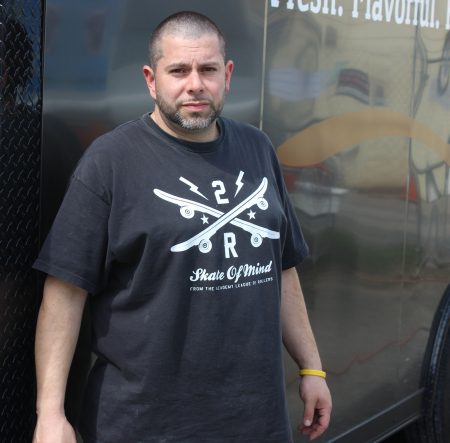 Johnny Carlo with his truck getting ready to go to Winston Salem. (Staff photo by Antony Nganga)

Johnny Carlo owns the black one.

He seems to be in as much of a hurry as everyone else here. The engines are humming and everybody has to raise their voice.

“I am going to Winston Salem,” Carlo says. That’s three hours from the Commissary. It’s 3 p.m. and he is not finished loading. “That’s where the action is,” Carlo adds slapping this writer’s shoulder like an old friend.

These are the kind of opportunities Bushfan has made possible.

“The thing that I am the most proud of is that God has given me the opportunity to help people who are less fortunate than myself,” Bushfan says.

He sees his business as a ministry, and the weight of that responsibility slows his heavy voice.

Bushfan got into food business at an early age from watching his mother cook. He grew up in Boston, and as the youngest of nine, he was always with his mother in the kitchen.

Before launching a food career, he took a detour: He hung out with celebrities. He drops names like Alicia keys, Jay Z, Beyoncé, Earth Wind and Fire as old buddies. He worked their security detail.

Part of that job involved checking out restaurants when the artists were on the road. He would visit eateries, check their menus, and ambience, and make recommendations to the artists.

On one such tour, he met his ex-wife; backstage, here in North Carolina.

“She convinced me to come off the road,” he says. “I purchased a $1,500 hot dog cart and set up right there at the corner of this building.”

Bushfan expanded on how he got started. He worked hard and had a unique product, “I used to drive 750 miles to Boston to pick up the best hot dogs.” 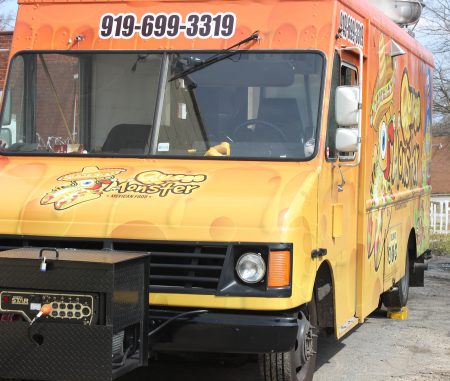 Queso Monster, one of the trucks whose owners use Joe’s Commissary. (Staff photo by Antony Nganga)

He approached the State Fair looking to introduce his hot dogs to fair goers. The organizers told him he had to have a trailer for such access to be granted. He hired one.

“When the fair was done, the lady I had hired the trailer from said she did not need it, we worked out how I would pay her. She asked $20,000. I paid her in two years.”

At 2100 Angier Ave., the corner on which he had pitched his hot dog cart, a grocery store that was running a commercial kitchen moved out, and he rented the space.

He now owns the building.

Antony Nganga is a junior political science major at North Carolina Central University serving this spring as a staff writer-photographer for the Durham VOICE.