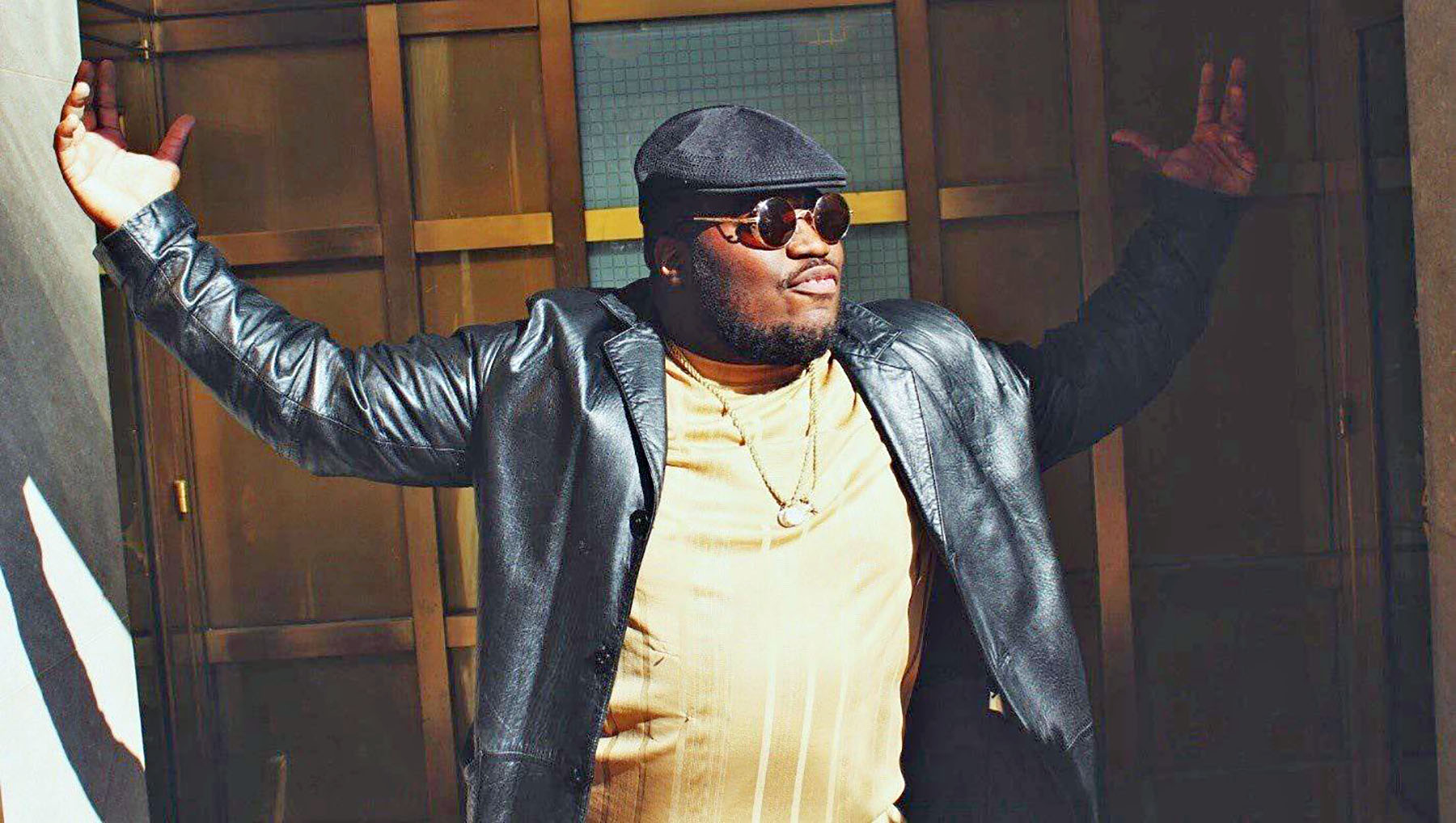 Go79man’s goal is to make a difference in his community, and in the world through his music. (Photo Courtesy of Go79man, Walter Gilmore)

The Chicago-born rapper who calls Durham home, “Go79man” (pronounced Goldman) Walter Gilmore is making big strides with his signature sound that steals the show every time he is on stage.

When the crowd hears his raspy signature sound, they go wild. During his rap career, Gilmore started from the bottom like every other rapper and has worked to where he is today.

His enviable achievements include 11,000 streams in the first week on Sound Cloud for his single “Worthy.” After a month it was at 100,000 streams and has been streamed more than 240,000 times.

“Now days people just rap just to rap. You’ll hear rappers brag about being in the studio,” said Gilmore. “I don’t brag about that because that is what I am supposed to do if I want to continue to make music and do shows.”

Gilmore has been rapping since third grade, but he really did not start taking it serious until 2015. He knew at a young age that he would have a career in music whether playing saxophone or rapping.

“Go79man” is not just his rap name, it is also what friends and family have been calling him since high school. People use to call him Goldman because he would do everything perfect on the wrestling team in high school.

“My rap name is really pronounced ‘Goldman.’ The 79 are the letters ‘L’ and ‘d’ flipped upside down, and 79 is the atomic element number for gold,” he said.

Former music partner, Quentin White, grew up with Gilmore and remembers selling clothes and technology to earn money to book and travel to studio sessions.

“We started pursing music in our mid-teen years. Since day one, we just wanted to create and make something out of ourselves. We were 15/16 years old giving everything we had just to live our dreams,” said White. “Our peers didn’t share our focus, drive, and dedication, so we were all we had.”

White will soon release his own debut album “You Are Not Alone” with a possibility of Go79Man joining him on shows for his album.

Besides the strong reception of his song “Worthy,” Gilmore counts his live performances as an achievement. He has opened for major artists like B.O.B. and Jay Electronica.

“My music relays positive messages through each song,” said Gilmore.  He does not curse in his music and holds down two jobs, Iron Mountain on Alston Avenue and Lowes Hardware in Raleigh, to support himself while his music career grows. Lately, touring has been taking him out of state more frequently.

“I want my fans to feel motivated to do anything. I want to be an inspiration to them and want them to realize that they can do anything that they want if they put their minds to it,” he added.

He sees growth in his music and has always been proud of how far he has come. Once he started to see his name posted by Chance the Rapper, and others on social media, he noticed a change.

Gilmore has performed at The Makery in Durham, The Power House in Raleigh, and many other places in the Triangle. He is currently about to go to London.

“I will have other performances in Durham coming up soon once I come back to North Carolina. I’m hoping to perform at NCCU sometime soon, in addition to other places on my list,” said Gilmore.

Gilmore also plans to do an album release in the summer. He is working on a project called “Gold Summer,” which will consist of summer time music that people can listen to when traveling.

Last year, Gilmore worked on a project called “The Last Dollar,” which was at a time he did not have much financially.

“No matter how tight I was on money, I made the best of what I had,” he said. His favorite song from that project is “Bankrupt.”

“So much emotion was put in that song relating to pressure, fear of failure, and my relationship with my father,” said Gilmore.

His second favorite song is “Keep Coming,” which he likes because of its old school vibe.

“I’m in love with the lyrical content,” he added.

Gilmore has worked with producer GLACEAZUKA for a while and maintained a strong friendship with him over the years.

“We work with each other, and we make the best out of each other,” said Gilmore.

Some favorite songs that they collaborated on are “1st Quarter,” “Gold Medallion,” “No Good,” and “Day Job.”

“I enjoy working with Go79Man. He’s an amazing artist with an incredible voice. What I love about his music is that he’s always looking to be better than he was the day before. He is hip hop to me and he’s preserving culture,” said producer, GLACEAZUKA.

“He loves to laugh and he’s a joy to be around. Wherever he goes the mood instantaneously shifts because of his personality,” GLACEAZUKA said.

Gilmore believes that his song called “Pretty” would have the most impact on millennials because that song has the deepest content. The song is all about embracing imperfections and is inspired by his relationship with his mom and dad.

“It is a song that makes you sad, but makes you feel good after you listen to it,” he said.

Gilmore also started a group that goes by the name of “Beyond Rhythm.” They are a group of guys, including himself, who share the same goal.

Our purpose is “accountability for the next man, and we are all about building each other up,” he said. They work together on projects pertaining to music, photography, and other creative work.

Beyond Rhythm does drives to donate toys and help churches. They are known to do charitable work to make a difference in the community as well. They are working on a clothing brand, and they are working on getting shops set up to sell their clothing line, which is still a work in progress.

“I created something called Band Camp, which is for others to donate toward my musical journey if they feel generous to do so,” he said.

The links to donate to Band Camp are https://www.paypal.me/go79man which is a one-time donation, or https://go79man.bandcamp.com/subscribe which there is a monthly donation towards his journey.

Go79man can be found on Spotify, and will be on Pandora soon. He can be followed on Instagram, Twitter, and Facebook @Go79Man. He enjoys receiving feedback on his music.

Tiara Bell Sanders is a senior journalism major at NCCU. The Raleigh native is serving this spring as a staff writer-photographer with the Durham VOICE.