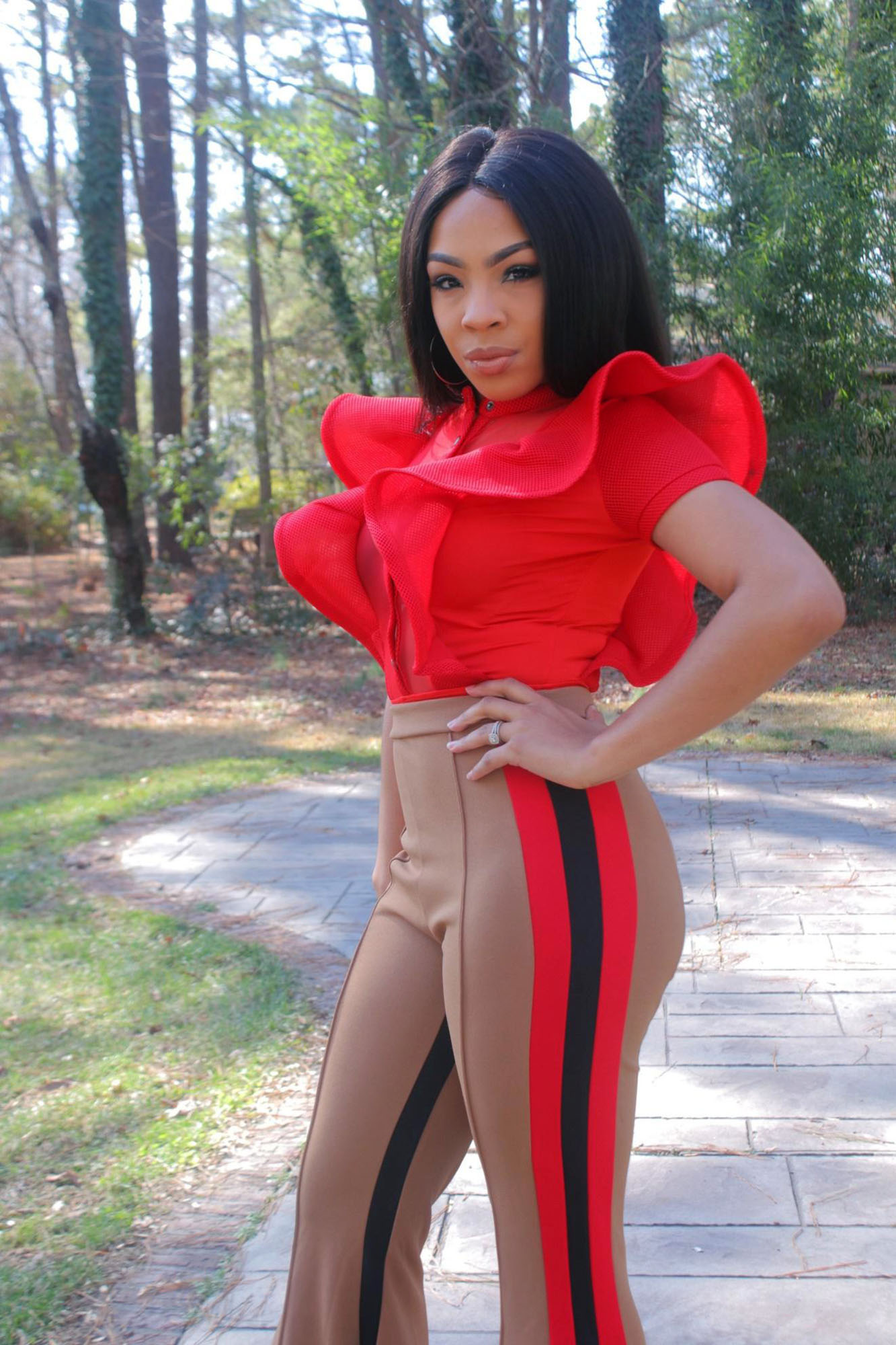 Domonique Robinson’s passion for fashion and makeup and patience with social media are paying off. She has nearly 150,000 followers on YouTube. (Staff photo by Tiara Bell Sanders)

Durham-based, fashionably-gifted YouTuber, Domonique Robinson has quite the journey as a social media influencer and owns a make-up line for all beauty lovers. She has been into beauty since helping out her mom in the beauty salon when she was younger.

Robinson discovered her passion for doing makeup around 10th grade.

“I would always do my own makeup. But it wasn’t until other peers started asking me to do their makeup for prom,” said Robinson. “After the first year of doing makeup for others, I realized that it was something I really loved to do.”

The more she did makeup, the better she became at applying it after looking up makeup tutorials.

According to Robinson, YouTube has taught her a lot and also inspired her to start her own channel to show off her skills so others could learn from her. She loves to expand her knowledge and new techniques. She now has more than 138,000 regular followers.

“One of my dreams was to have a huge fan base on YouTube, but I often doubted that I would achieve as much as I have. I still don’t consider myself a big YouTube star because I am not where I want to be,” Robinson added.

Robinson feels that she has many more people to reach with her platform.

“It took me a while to gain subscribers and it was a very stressful process, but I will say when I started to become consistent and really dedicate time to my brand and channel, it made a huge difference,” she said.

Robinson started to notice her numbers pick up when she posted her “How to Cover Acne” video.

“I have over 6 million views on that video and I was also featured in ‘Teen Vogue’ magazine because of how impactful it was,” said Robinson. “’Teen Vogue’ found me on YouTube; I did not know that they featured me until my subscribers emailed me and sent me the link. They did not contact me in the beginning. I had to reach out and contact them.”

Robinson remains very close to her mother, Faith Utley, who is very proud of her daughter.         “My relationship with Domonique is beyond measure. We have the best relationship a mother and daughter could ever have,” said Utley. “Domonique has a sweet spirit along with her being loving, easy going, and very humble. She is well liked by all.”

Robinson’s top three favorite videos on her channel are her “Baby Shower” video, “Wedding” video, and “Labor and Delivery” video.

“I love those three videos because they are memories that I will never forget. And in each video, something happened that was impactful and has changed my life. The baby shower video was when my husband proposed to me. In the wedding video, I married the love of my life. Lastly, in my labor video, I gave birth to my daughter,” she said.

Robinson decided to create her own makeup line “Domonique Cosmetics” because she always had clients asking about the products she used on them, so she started her own line to sell to her clients instead of referring them to someone else.

“I am all about being an entrepreneur, and creating a business. But I will say it is hard work because I really wanted to make sure my products were “bomb”. It is really time consuming and that is why I had to take a break from my cosmetic line,” said Robinson.

According to Robinson, her products stands out from others because they are great quality and affordable.

“My overall favorite makeup look is a natural full face with a nude lip. I just love to keep it natural with a little pop. But I do dramatic looks because a lot of my subscribers ask me to do them and I love to create like that but much rather not wear them on myself,” she added.

“I love to shop at Fashion Nova, Forever 21, Charlotte Russe, Belk. I shop all over. I believe I have style like Khloe Kardashian,” Robinson said.

Another achievement is an interview with Sheen magazine and will be a feature in their magazine.

One of her ultimate goals is to see her product line in stores. She also wants to have her own tv show where she does makeovers on women.

Robinson also plans to travel across different countries to vlog to continue to make memories.

“I can honestly say that I am blessed and favored by God to have achieved as much as I have. I am so grateful. To anyone who wants to become a fashion/beauty YouTube star, I would say follow your dreams, make goals and don’t give up. It will be hard at times but don’t stop. Because anything worth having takes a lot of dedication and consistency. Always remind yourself to not give up and know that you can do it.

Tiara Bell Sanders is a senior journalism major at NCCU. The Raleigh native is serving this spring as a staff writer-photographer with the Durham VOICE.