The almost two-week journey had us seeing all types of beautiful scenes. On Day 2 we biked across this field on the Neuse River Trail Greenway in the Coastal Plains. We slept by a campfire at Huntley Reserves that night. (Staff photo by Cindy Chen)

In mid-July, a few weeks ago, my friend and fellow PYO (Partners for Youth Opportunity) student, Tyee Meek, and I biked from Chapel Hill to the Outer Banks — a distance totaling over 700 miles — with Triangle Bikeworks. Triangle Bikeworks is an organization that promotes youth leadership development through biking.

Our bike tour was called the Bike, Water, and Soul Tour and many people told us how this would be the ride of our lives. They said this is something we would remember for the rest of our lives and that it would change our lives. They also told us that this bike tour is ridiculous and crazy.

Why did we do choose to do this bike tour? I wanted to do something out of my comfort zone and push myself to see how far I could go. I had some self-doubt and anxiety — I worried whether I would really be able to do it because 700 miles sounded intimidating. 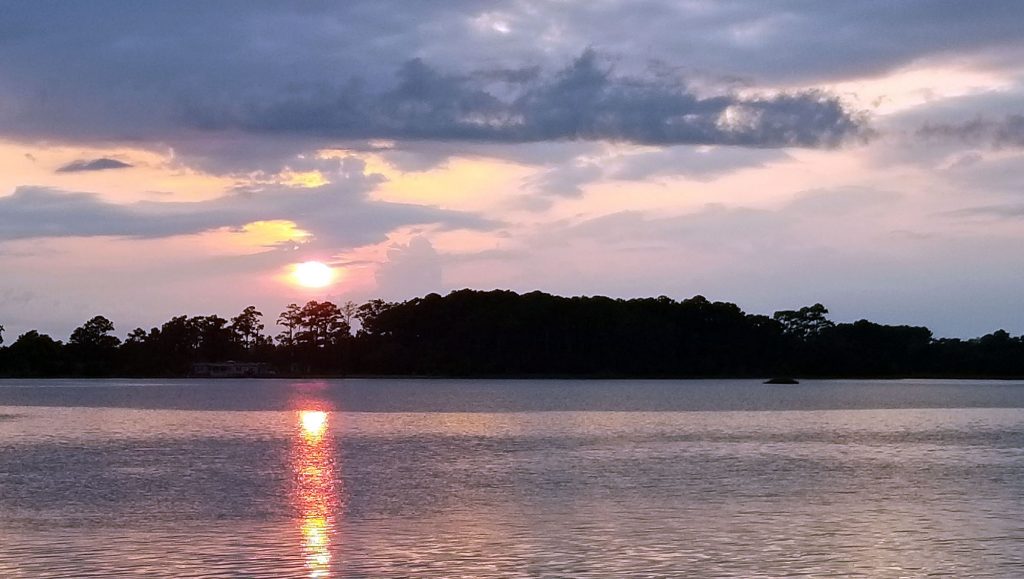 One of our camp sites was called Walnut Hill. We arrived at camp early this particular day and were able to spend time watching the sunset. We couldn’t swim though — word was there was a shark in the water. (Staff photo by Cindy Chen)

The first day might’ve been the hardest. It was a lot to process, but we were all excited. As we rolled out from Chapel Hill, it was just like we were on another training ride just like the many we’d been on the months before. But just minutes into our ride, someone’s bike brakes gave out. Within 15-20 minutes of that, we had two more flats. And this was all before our very first break. 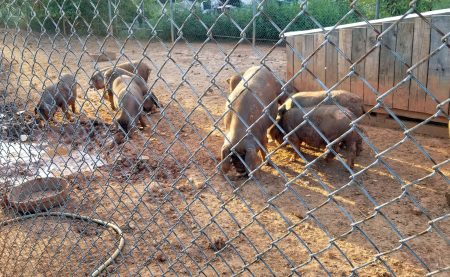 On the tour we were often treated to the random kindness of total strangers. One night, we stayed at a farm Down East and the farmer took us on a tour of the property where we checked out his livestock like pigs. (Staff photo by Cindy Chen)

At the day’s end, we eventually split into groups assigned to different tasks such as cooking, clean-up, dishwashing and filming. That night Tyee’s group cooked as my group cleaned. We had three-cheese ravioli which Tyee was so proud of.

At night we cozied up in our sleeping bags, wrapped up like marshmallows under our tents. While the earth laid beneath us and the stars shone above us, we quickly realized that most nights would be hot and humid. The first few days the chirps and whispers of the insects filled my ears as I lay in my tent with my two tent-mates (both girls). One night we slept as the rain pounded and splashed on the rain-proof covers, while other nights we camped out.

It was about our fifth day that it started sinking in for me — the reality that we were now on tour. We were really doing it! 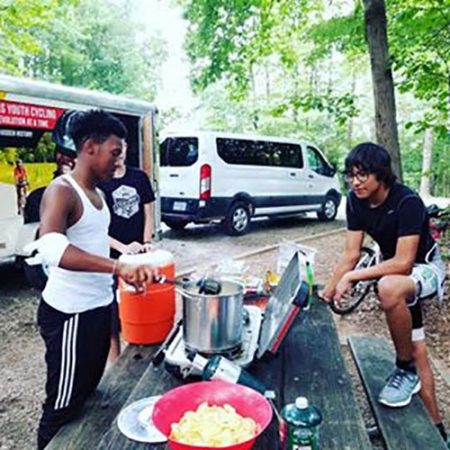 Third-year PYO student and Durham VOICE contributor Tyee Meek (left) cooks a dinner of cheese ravioli for our fellow bikers. He was just one of about two dozen Triangle Bikeworks riders on the summer tour journey to the Outer Banks and back. (Staff photo by Cindy Chen)

We biked nearly every day. We rode on the beach, through a swamp and past three lighthouses. We rode on the highway, past a dam, past cows on farms and even sunflower fields.

Our morning routine was to wake up at 6:00 a.m. to get ready to start biking at 8:00 a.m. Between that time we would get dressed, pack our bags and sleeping items and then take down our tents, get our bikes ready and eat a hearty breakfast.

We would either do journaling at night or in the mornings. Some days unzipping our tents we would see dew drops covering the rainproof covers. We never knew what would end up happening on tour.

I’ve been asked what’s the point of my bike tour. This started out as something that was just for fun. During the tour I had a lot of time to think. I thought about how in the beginning I was an anxious rider. I gripped my handle bars till prints were left in my palms and my hands started falling asleep. I rode closely on the shoulder between the road and the grass fearful of the cars zooming by, but still worried about falling off the road.

Our last morning on the Outer Banks before biking back to the mainland found us on the island of Nags Head. We had just gotten into a major accident that day and many people passed us by as we waited for the support van to pick up the injured riders. It wasn’t until a while later that someone stopped to check on us — he happened to also be a biker from Florida. (Staff photo by Cindy Chen)

The coaches would guide me as I fell behind the team. In the beginning I fell so so far behind I could no longer see anyone else. But slowly my teammates and I got stronger and we learned to manage our time. Rather than arriving at camp around 5 p.m. we were able to get there sometimes by lunch time at noon or 1 p.m.

A far away place that is dear to the Durham VOICE’s heart, we reached Ocracoke Island and its iconic lighthouse on Day 7. We had this particular day off and made our way to the Island. Ocracoke is a pretty tiny island with many little shops and restaurants. It’s like a place out of a movie. (Staff photo by Cindy Chen)

Through this biking tour, I’ve gained strength — both mentally and physically — along with confidence in myself. With my team we learned how our teammates rode and learned to trust one another on the road.

Like I was told in the beginning, this was a trip of a lifetime.

Our last day was spent on the Outer Banks enjoying the peace and beauty. My friend David, pictured here, biked with us on tour and is staring into the twilight. (Staff photo by Cindy Chen)