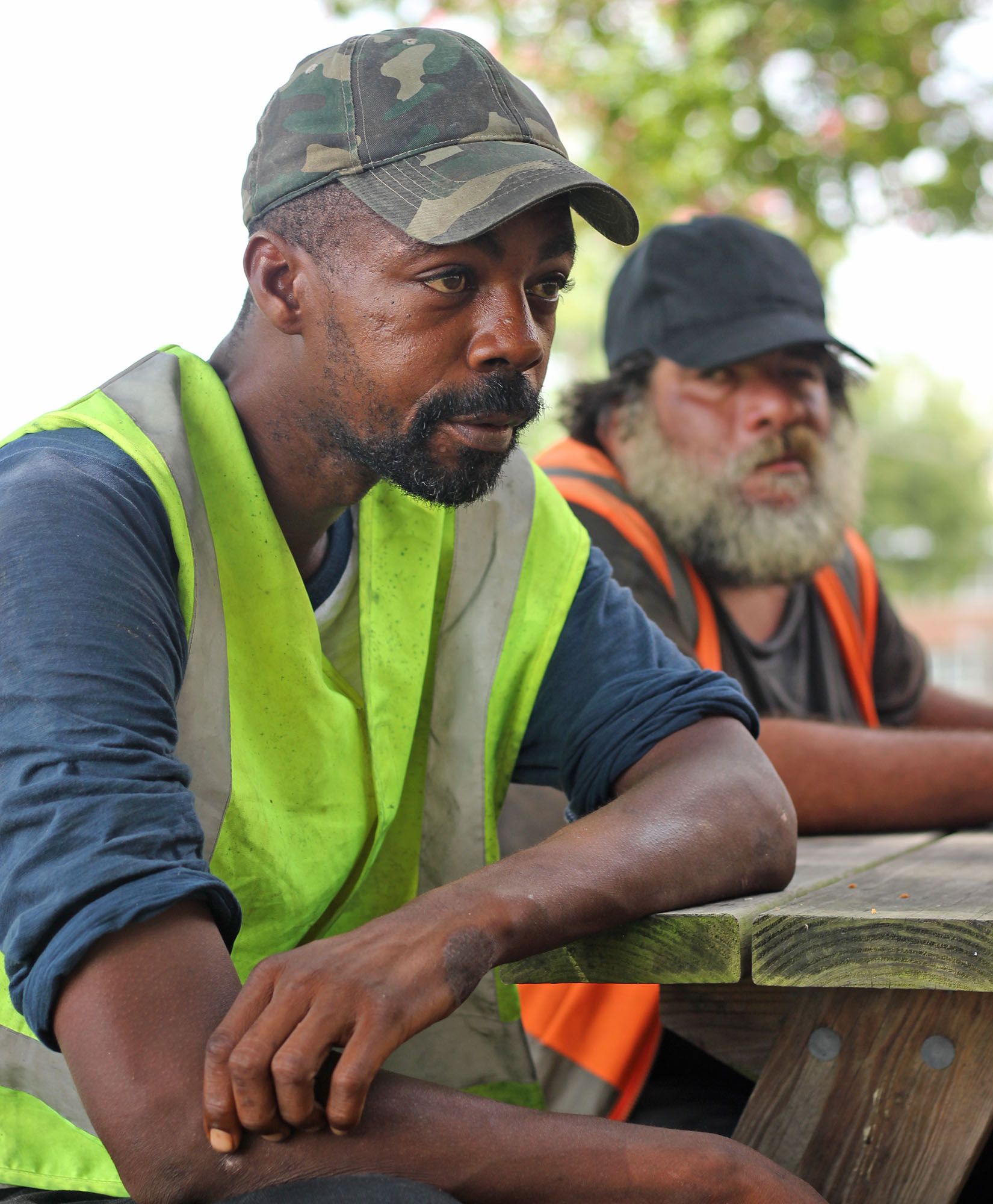 The impending threat of a Category 4 hurricane barreling towards Durham creates chaos in the community.  Preparing for the worst, individuals and families stock-up on nonperishable food items and water, wait in excessively long lines at gas pumps, ensure the structural soundness and safety of their homes and belongings, and contemplate evacuation. 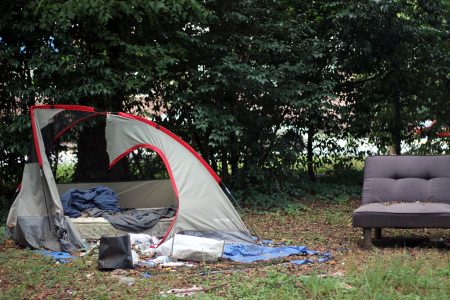 An example of “Tent City” in Durham. (Staff photo by Jennifer Maxwell)

But for Durham’s homeless population, a hurricane can be catastrophic.

According to the National Hurricane Center, Hurricane Florence could be a Category 4 when it reaches the Carolinas late Thursday and is “expected to bring life-threatening storm surge and rainfall to portions of the Carolinas.”

For residents of Durham’s “Tent City,” a homeless encampment at the intersection of West Chapel Hill Street and the Durham Freeway, the menacing weather strikes fear and nervousness into their hearts.

“I was in Hurricane Hugo as a boy and I remember being scared to death.  I’m scared about what is coming our way.  Honestly, I’m scared as hell,” said Jonathan Roberson, one of five individuals currently living in or next to the encampment.

The residents of “Tent City” consider themselves a family and work together to survive, according to resident Randy Dean.

“We really are a family and we look out for each other.  When one of us catches a break, we all catch a break,” Dean said.  “We take it one day at a time.  If it works, it works.  If it doesn’t, we will survive by being together.  Somehow.  And somehow, we will survive this (Hurricane Florence).” 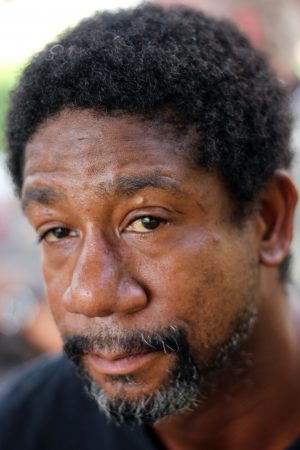 Many of Durham homeless people are resistant to leaving their “tent city.” (Staff photo by Jennifer Maxwell)

Never having been in a hurricane before but surviving a grueling experience of homelessness during a North Carolina snowstorm, Dean is desperate to seek shelter from the fast-approaching storm.

“I am lucky.  I have a tent, but it is in bad shape.  I caught pneumonia and the flu during a snowstorm living in my raggedy tent.  Rain is just going to pour inside,” Dean said.  “I’m not staying in a tent during the storm.  If the shelters are full, well, I’ll go to the hospital and tell them I’m thinking of killing myself.  I’m going to survive.”

Durham Police Department officers woke Dean up in his tent Tuesday morning to check on him and warn about the seriousness of the hurricane, Dean said.  The officers passed out flyers from the Durham Rescue Mission which outlined their special operating procedure, Operation Rescue: Storm Shelter, during Hurricane Florence.

The mission’s flyer indicates both the men’s and women’s campuses will be open 24 hours a day during the storm “to welcome anyone out of the wet and windy weather.”

“I was worried when I heard the cops calling me by name.  I didn’t want to answer them,” Dean said.  “But they were there to help. To check on me.  It really touched me.  They cared about what could happen to me during the storm.  It was one of the reasons I decided to go to a shelter, or do whatever I have to to get out of the storm.”

The Urban Ministries of Durham is also operating under an emergency status.

According to the Clinical Director of Urban Ministries of Durham, Valerie Haywood, the organization is currently at their normal operating capacity.  However, once the storm hits, they will begin operating under an emergency status that allows them to bring in an additional number of cots, limited only by the building occupancy capacity. 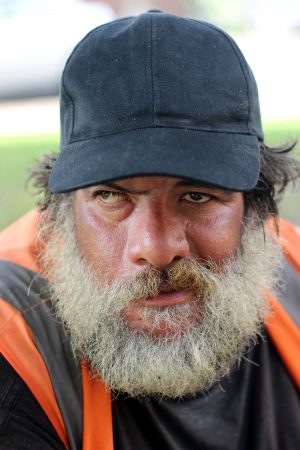 Some of the homeless people in Durham say they don’t even have a tent. (Staff photo by Jennifer Maxwell)

Haywood urges community members to think of their fellow human beings during this time of uncertainty.  Donations of ponchos and rain gear can help those in need get through the storm with some level of protection.

“Looking ahead, families are likely to have extra food in their homes since they were preparing for the hurricane.  If that food is not needed, consider donating to shelters or the homeless community,” Haywood said.

“I went three days without eating after the (snow) storm,” Dean recalls.  “If there’s not anyone on the street after the storm, I’m afraid I won’t eat for days again.”

For some “Tent City” residents, seeking safety at a local shelter is not an option.

“I don’t have a tent.  I don’t even have a sleeping bag.  I sleep on the cement across the street from the camp because the mosquitos and rats are too much for me to take.  But I am not going to a shelter.  I guess I’m just going to be out,” Roberson lamented.

“I’ve had too many bad experiences at shelters,” Roberson recalls of the various shelters he as visited over the last two years.  “There are more drugs in shelters than on the streets, and somebody is always looking for trouble or stealing your things.”

Regardless of their plans during Hurricane Florence, the residents of Durham’s “Tent City” are all worried about what will become of their home in the coming days.