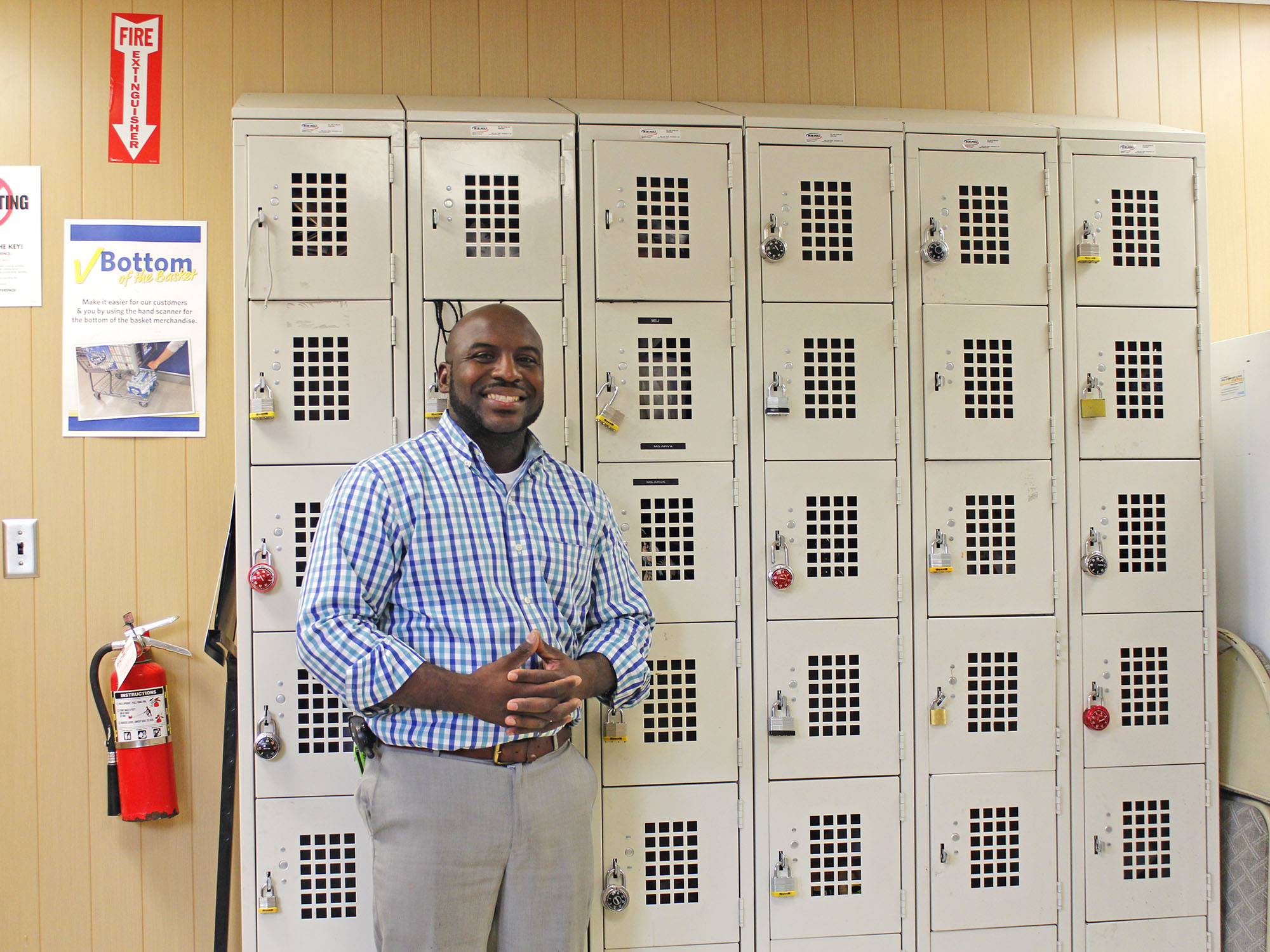 With Hurricane Florence threatening off the coast of North Carolina last week, one local grocery store took precautions to be prepared for the storm. Durham VOICE reporter Wade McCreary went to the Food Lion grocery store at 3500 N. Roxboro St. to check out the scene and see what preparations had been made there. 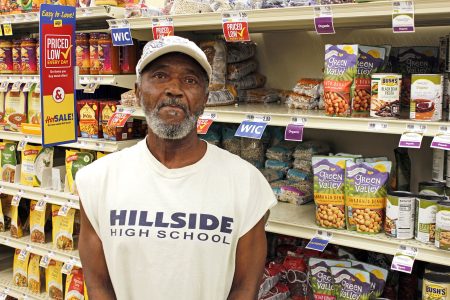 The strong winds, massive floods and power outages which result from hurricanes were no new occurrences for the community. So, after the devastation caused by past storms like Hurricane Fran, Floyd and Matthew, many Durham residents didn’t wait to get out and prepare for Florence well in advance of the storm’s landfall on Thursday night.

This store took the lead for its shoppers.  Since the news of the storm, crowds of people began come out to purchase the necessary items they believed are needed to make it through the storm. And because of the warnings, the number of customers out caused shortages of certain items in other neighboring supermarkets.

However, Fred Miller, Roxboro Street Food Lion manager, had dealt with national disasters in the past, and this store has certain procedures that he says are designed to mitigate the complications that could occur as a result of the storm.

Miller explained, “Traffic has been really bad around here, and we had a few times when we ran short of items, but thanks to all the folks at Food Lion, (corporate headquarters) we were able to replenish it very quickly,” adding, “Unlike some stores, at this particular moment we have water and bread in stock.”

Miller, who has been the store’s manager for eight months, said across the entire Food Lion system, they have uniform disaster preparedness tactics in place. 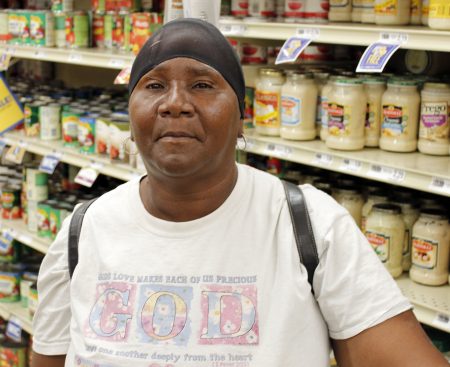 “We have certain standard practices that we do,” Miller said, “and there isn’t a difference, it’s mostly protocol. We have a disaster tracker that we activate at the corporate level and from there, we have a disaster manual that all stores are instructed to follow.”

If the store did lose power, Miller said that he would have been in contact with corporate headquarter, which would send out a diesel-powered refrigerator trucks to help keep perishables cold.

Miller also added that the concern for the storm was on the minds of all the customers and many are taking the storm very seriously. He said he hoped his store would be able to provide the basic needs for his customers.

But the grocery store’s staff reported that early in the week prior to the storm’s arrival they had witnessed some customers behaving badly. 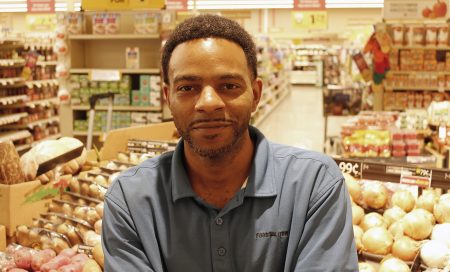 “I have seen fights and everything over water starting on Tuesday,” said Food Lion produce worker Kory Pettiford. “Everything broke loose in here, lines from the cash register to the middle of the aisles.

“When people are on high amounts of stress, it has brought out the worst in people,” said Food Lion Security Officer Perin Moliter, who praised the Food Lion staff here: “There are workers here overworked and overstressed — and everyone has performed admirably — and I haven’t seen these workers take a moment’s break; anyone else would have just walked off, but they continue to work.”

Christine Cox, event specialist, said, “Everybody wants to know where the peanut butter is, I get a lot of questions about bread, water and peanut butter — and those are the most common questions that are causing panic,” said. “Some people have calmed down, but on Tuesday everyone was stressed.”

Miller said there were some customer complaints about product shortages, but all things considered, there were not that many.

Miller explained, “People understand the situation that everybody is under, and it is not just one isolated incident, so I think that folks understand when it’s a time of crisis, everybody just needs to do the best they can do so everyone can survive.” 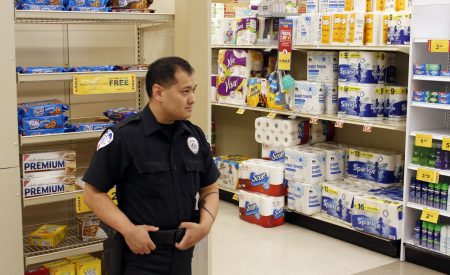 While the storm had some employees and customers on pins and needles, some said they weren’t not worried at all.

“When you have the good Lord on your side, you don’t have to worry about nothing,” said customer Roberta Melvin, adding, “and the reason I am shopping a day later is because the saying of packing for a rainy day, I was doing it all along, so there wasn’t a need to rush out to get things,”

“I am not really concerned about the storm,” said Michael Brown. “I don’t know what to expect, so I am just stocking up, just trying to have things for the last three days; and I always stock up for three days when a hurricane is coming and I’m good.”

Produce worker Pettiford said he is wasn’t so much worried about the storm, as he was concerned about being able to watch Sunday afternoon football on TV.

“People are worrying about water, and you would see people getting two and three cases of water, and the storm is going to pass us, and it’s just like the gas situation — people are just overreacting. But for the most part everyone has been in a calm manner,” said Moliter.

Wade McCreary is a journalism student at N.C. Central University. A Cleveland, Ohio, native, Wade is a U.S. Marine veteran serving this fall as a staff writer-photographer for the Durham VOICE.