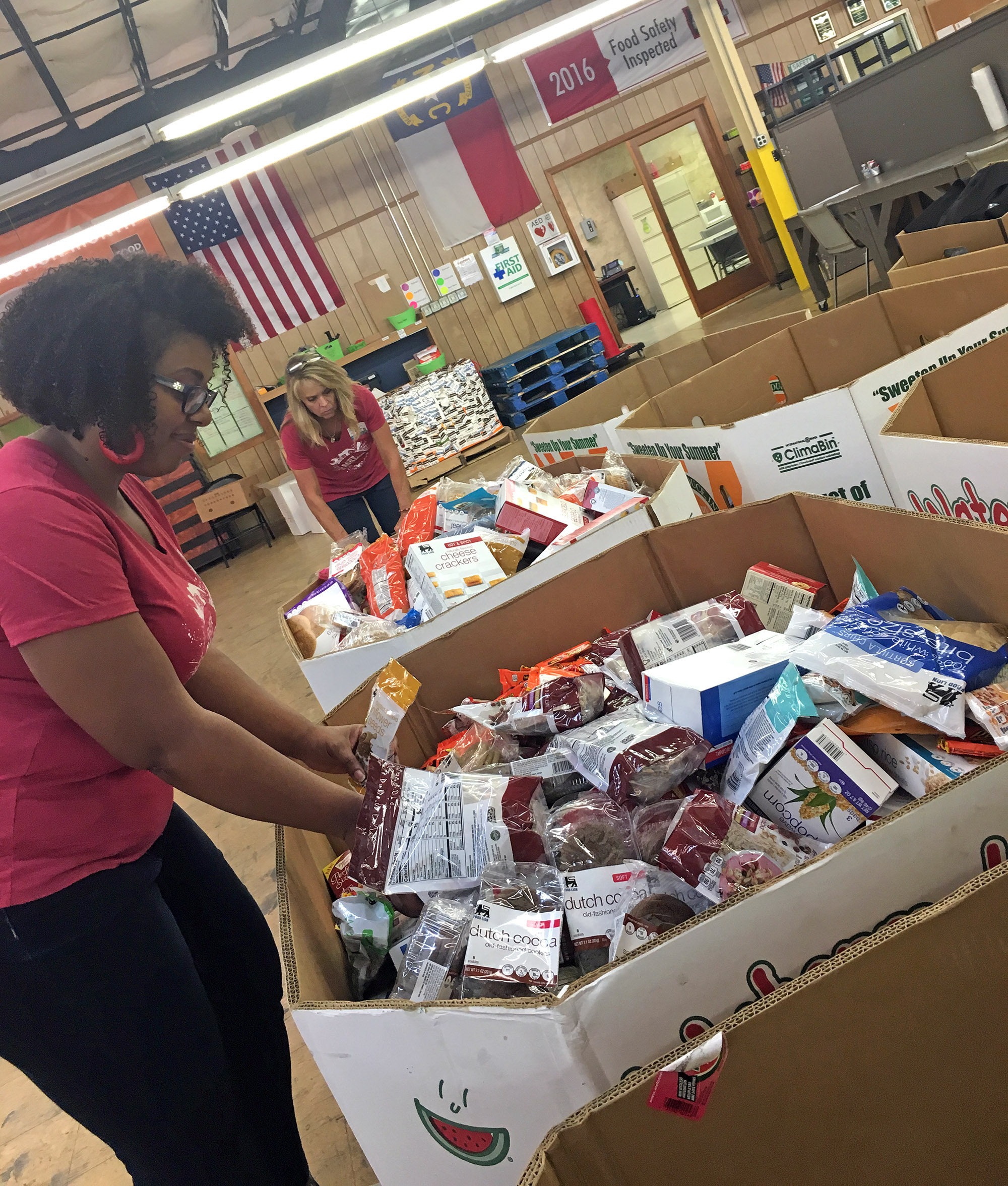 When some school kids hear news of a hurricane, they might be glad because they may get out of school. Similarly, some adults may view the approaching storm as an excuse to take a day off.

But for some people, a hurricane means more work — especially like the people working at the Durham branch of the Food Bank of Central & Eastern North Carolina.

The branch, located at 2700 Angier Ave., collects and distributes food to 34 counties along with 800 nonprofit agencies such as soup kitchens and shelters. The mission of this establishment is ‘No One Goes Hungry in Central & Eastern North Carolina.  Their hours are Monday – Friday 8:30 a.m.- 5 p.m. The goal at this establishment is to make sure that nobody goes hungry.

They serve food to 34 counties along with 800 non profit agencies such as soup kitchens and shelters. There are six warehouses in the state that distribute food, and Durham is the second largest, Raleigh takes the place for first. The largest is in Raleigh.

Durham has experienced bad outcomes with previous hurricanes such as Matthew in 2016. Food banks have disaster relief programs in place for situations like this, and it’s a good thing especially because North Carolina just got through hurricane Florence which formed on August 31.

According to Tom Melton, the branch’s food resource coordinator, many at the Durham branch thought Florence would be similar to or even worse than Matthew.

“We had more time to prepare for Florence than for Matthew,” said Jessica Whichard, senior manager of communications.

To prepare for the storm, the food bank made sure their partner agencies were ready to receive food from them. A requests for more staff was also put out.

During the storm the main concerns were the amount of impact, the possibility of flooding, and how long the storm would last to determine how long they will have an extended disaster relief mode. At the moment, they are serving more than 6,000 people.

The food for those in need comes from grocery stores that may have items that can’t go on the shelves, but are still good. Their other suppliers include farmers, manufacturers, and other food banks who may have more food than they need.

Since the hurricane, more people have been wanting to volunteer. There are so many volunteers that the Durham branch is not looking for anymore at the moment.

“Right now, the branch is serving 20 out of 34 counties mainly focusing on the East and South of North Carolina,” said Whicard. The focus is more specifically in Wilmington and New Bern.

The Durham food bank is doing their part to help those in need and plans to stay in relief mode for about a month. A website has even been made specifically for people needing help as a result of Florence. This organization is a prosperous one. Their mission is a positive one as is the environment and the people in it who make the food distribution possible.