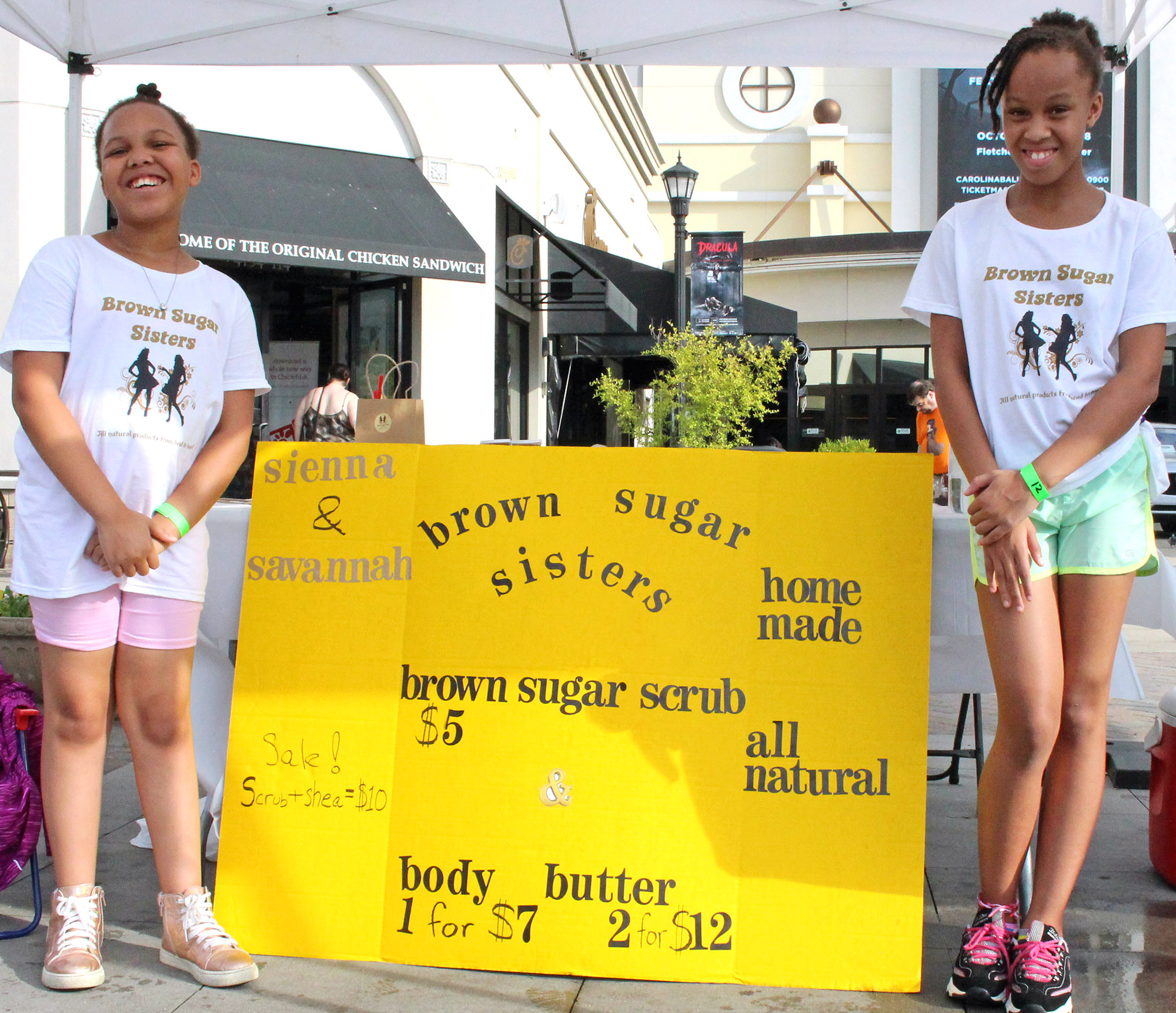 Sienna and Savannah Forrester pose in front of their booth, where they sell body scrub and shea butter. (Staff photo by Arielle Cummings)

Little did sisters Savannah, 10, and Sienna Forrester, 11, imagine that when their father taught them to make shea butter using a family recipe, they would be able to turn it into a business — The Brown Sugar Sisters.

Last week the girls were gearing up for their third young entrepreneurs’ career fair and the first one that has ever been held in Durham. 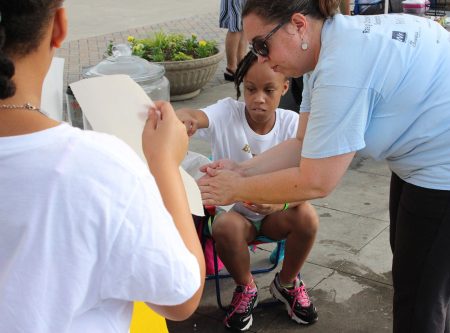 The Durham Children’s Business Fair was held Saturday, Nov. 3, at Student U at the W.G. Pearson Center at 600 Umstead St.  from 11 a.m.-2:30 p.m. Valine Zeigler, head of school at The Empowered Minds Academy spearheaded the effort to bring it to Durham.

The Children’s Business Fair was organized by a team of entrepreneurs, guides, coaches, mentors and parents who want children to learn about entrepreneurship in a practical and fun way.

The Children’s Business Fair was such a success that Austin is now working with communities across the country to have others host regional fairs.

Raleigh has been hosting fairs since 2016, sponsored by the John William Pope Foundation and originally organized by entrepreneur Jeff Sandefer and his wife, Laura.

According to Lindsay Hollandsworth, communications director at John William Pope Foundation, the Raleigh fair is a one-day event for young entrepreneurs to showcase their business ideas. Friends, family and community members attend the fair as shoppers.

“We’ve held a fair every year since the first one, and typically provide a two-hour selling period for our young entrepreneurs,” said Hollandsworth.

Hollandsworth, who says she was beyond enthusiastic to bring this idea of a career fair to the Raleigh area, got involved because of the private foundation that she works for.

Hollandsworth, says that the Pope Foundation has been a supporter of education, arts and humanitarian causes in the Triangle since 1986.

“So offering the Raleigh Children’s Business Fair compliments what we do,” said Hollandsworth.

Hollandsworth says that she hopes the Durham Children’s Business Fair participants left the event feeling confident, having learned valuable lessons, and realizing that they can achieve great things with effort.

The Forrester sisters are examples of Hollandsworth’s goal.

“We learned that we have to talk to people, make eye contact and let them try the products,” said Sienna Forrester.

Sienna and Savannah both agreed that they want to own their own business in the future. They want to know that they can work for themselves and not someone else.  And with the help of local Children’s Business Fairs, they are learning.

Sienna and Savannah’s mother, Jo Forrester, says that what they thought was a flea market turned out to be the Raleigh Children’s Business Fair and the building blocks for their future endeavors.

“We realized that all of the businesses were run by children,” said Forrester.

So after getting more information on the fair last summer, the parents decided that their kids should experience this opportunity for themselves.

“We started it out as a one time thing. But we got to see how our daughters have grown and feel more confident,” said Forrester.

The Brown Sugar Sisters have two main products — their Brown Sugar Scrub and Shea Butter. They are proud to tell people what makes their product unique.

“It’s all-natural, homemade and uses a family recipe,” said Savannah. “Our dad showed us how he made shea butter for the family.”

The Brown Sugar Sisters have made it their mission to run their own family business, and make and sell natural products. They said they hoped that having a booth at the Children’s Business Fair would help them achieve their goal.