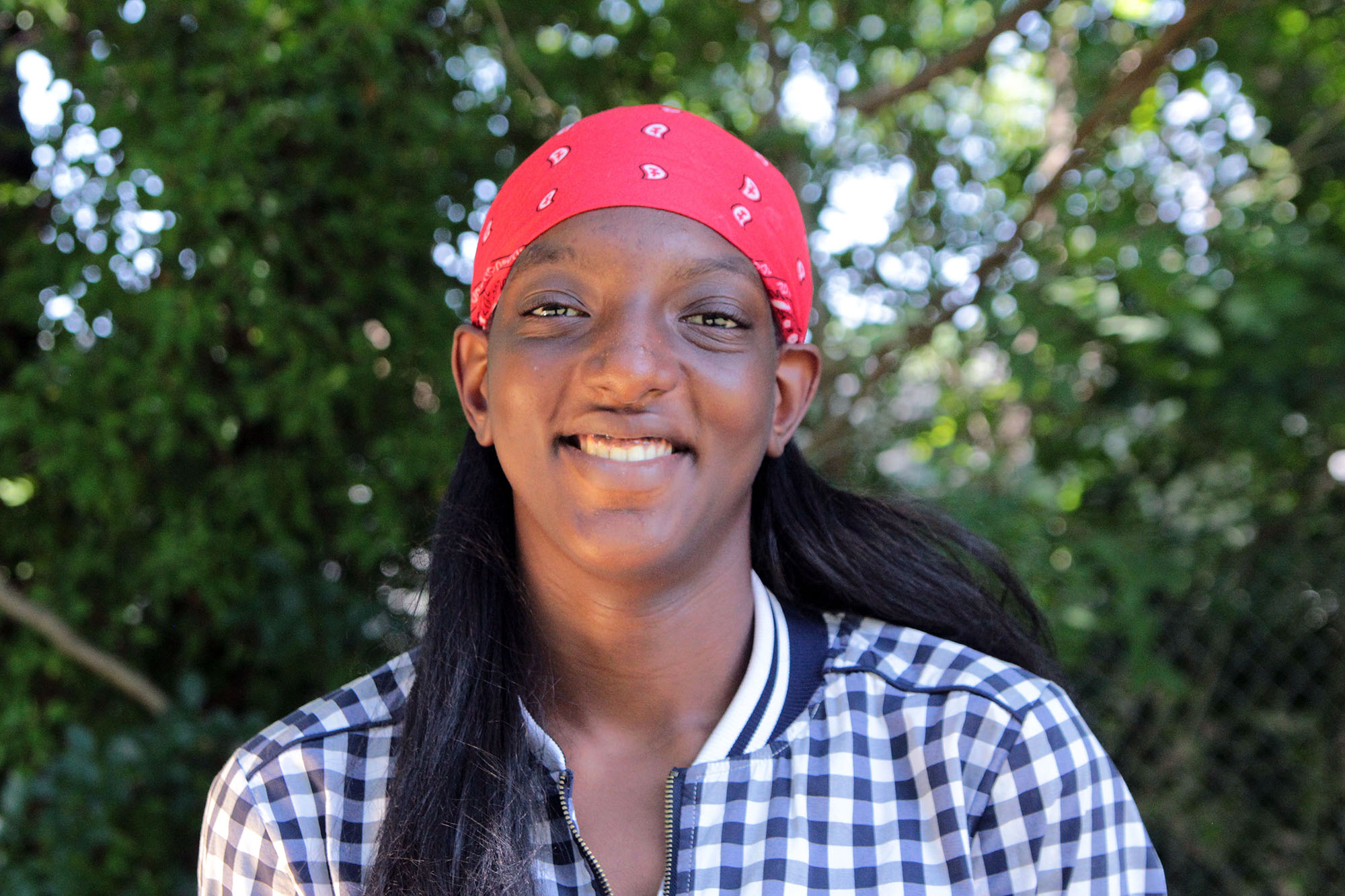 Durham VOICE intern Rocky Jones is a junior at City of Medicine Academy and a member of Partners for Youth Opportunity. (Staff photo by Carlton Koonce)

Nobody likes being told what to do, but the truth is without regulations there is no order. But does this mean the government can literally set children up for failure?

The school-to-prison pipeline is not new — in fact, according to NC Child, an advocacy organization for North Carolina kids, the school-to-prison pipeline began in the 1980s and 1990s due to tough-on-crime policies, three-strikes laws and broken windows policing. It has helped increase achievment gaps, overcrowded prisons and generational poverty.

Many of the issues resulting in suspensions and academic failures come down to underfunding for our schools and wind up contributing to the incarceration pipeline.

There are interesting ways in how the federal government decides to act concerning schools and how those actions are playing out in real life. Have you ever noticed that classrooms are organized very similar to prisons? When a child jokes about how school is like going in and out of jail, is it really a joke?

By the third grade, if a student is not on a specific reading level that student is four times less likely to graduate from high school on time, which in turn could lead to incarceration issues down the road.

There is a belief that the Department of Corrections uses third grade reading test scores to determine how many prison beds will be added in the next decade.  We don’t know if this is true, but there are noticeable connections between incarceration rates and low literacy skills.

The long hallways in schools are another similarity to jails. The double doors, security guards, dress codes and uniforms. It’s hard to talk about, but all these comparisons are there.

While parents with kids in school have the best intentions for them to succeed in life, I think they fail to realize how these things translate to the actual classroom.

The layout of school buildings are uncannily similar too. They have long hallways and stairs to separate each grade level —  similar to prison where each hallway and each stair level seperates each level of inmates.

The security guards in our schools are armed almost like prison guards and in some schools they complete student body searches or go through lockers and our book bags. They implement metal detectors and surveillance cameras to make sure the prisoners, I mean students, are where they’re supposed to be when they’re supposed to be there.

Dress codes are similar. They tell us what we are supposed to wear, whether we wear a uniform or not. We are supposed to come to school looking a certain way or there will be repercussions — and just like prison, school has a zero-tolerance policy. These dress codes limit our rights for freedom of expression and encourages mob, herd and pack-gang mentalities. This causes a group to be influenced by the same things and to adopt certain character traits and behaviors from each other.

Teens and adolescents are most prone to this mentality.

Food at schools are often the same as prison food. Bland, processed and both very unappetizing. If we want anything extra we have to buy it with our own cash along with the money we have to use to pay for our  actual lunches. Our schools give us the bare minimum of what we need and then call it a day.

A motto I’ve heard is, “just because they have to feed you doesn’t mean it has to be good.”

Last, but not least, we students are now being tracked through ID badges. In states like Texas, they actually had RFID tags at one point which tracked students’ location. Some districts even use their survelliance cameras now to do the same.

The comparisons between prison and school are eerie. Maybe it’s time for parents to think about where their student is going to learn every day and ask, “Is this the correct environment for my child?”