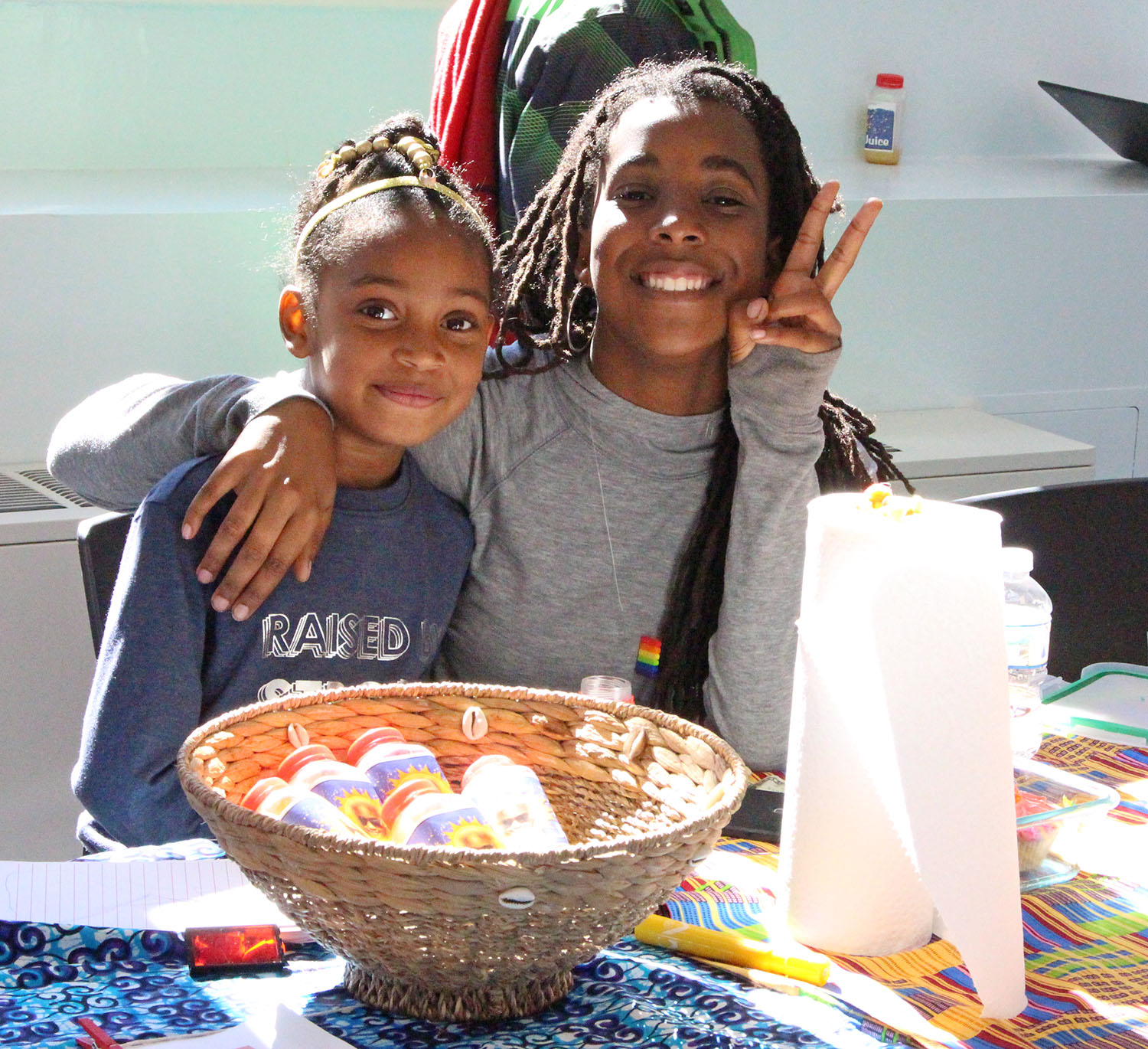 Erica Zeigler (right) and Maasai Carter (left) were vendor buddies — Zeigler with her cupcakes and Carter with her juice. (Staff photo by Arielle Cummings)

Empowered Minds Academy is a small independent school of 12 students.  Seven are in elementary school and five are in middle school. 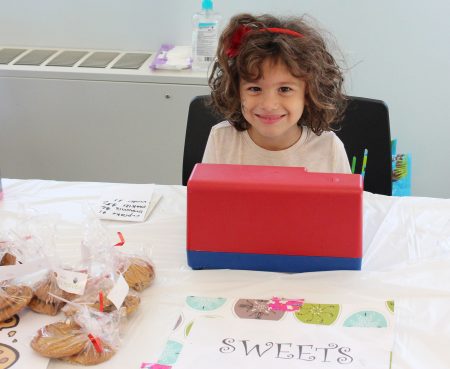 “We are a non-traditional school where (our students) are in control of their own learning,” Valine Zeigler, Head of School/Founder/MS Guide.

Thanks to this non-traditional school, Durham was able to host 12 Businesses and 16 Youth Entrepreneurs for the first time. EMA is affiliated with the Acton Academy, the first academy to participate in the children’s business fair.

This year, at their first event, not only did some of Zeigler’s students participate but so did outside students. There was Darnell Polk, 10, who was the owner of Dr. Drawings. Polk is a comic artist and loves drawing comic strips. Polk even asked if the Durham Voice needed a Comic Artist on the team.

Zeigler’s goal is to give the young entrepreneurs real-world experiences in handling money, developing a product and a plan, and developing the comfort of talking to strangers within a business setting.

Violet Harris, 12, the owner of Infiniti Scarves, has taken those very values and turned them into a profit. 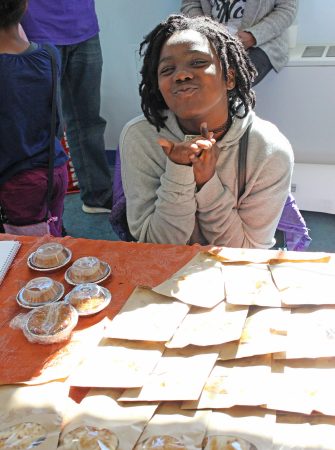 Zaida Ma`at posing for a photo after selling some of her vegan sweet potato pies. (Staff photo by Arielle Cummings)

Vi0let says that she decided to create and sell scarfs because she had learned how to sew from a sewing class her mother sent her to a long time ago.

And also, she added, “because winter is coming up,” said Harris.

Although there were a couple of older children at the fair, among them were three little 6-year-olds.  Jeina Courtney with Sweets Heaven, Aaliyana Ma’at with her pumpkin spice cookies she sells at So Yummy! Baked Goods, and Maasai Saadiya-Carter with Sunshine Juice.

Courtney, who had her little tikes cash register all set up to sell her amazing chocolate, walnut cookies, and cucumbers cupcakes. Before making a squinty face, the cucumber cupcakes were a phenomenal accident.

Although Courtney intended to put zucchini in the cupcakes, instead she accidentally put in cucumbers. As it turns out, the accident proved to be delicious.

Maasai, was selling Sunshine Juice, which is homemade mint lemonade that her mom helped her make.

“It has mint and lemon and ginger and water and sugar,” said Maasai.

Ma’at, who teamed up with her sister, Zaida Ma`at, 12, and Zarah White, 7, sold her pumpkin spice cookies alongside Zaida’s and Zarah’s vegan sweet potato pie at the So Yummy! Baked Goods.

Faith and Hannah Parker are the authors of Dr. Green Power Journeys (DOPJ), a story about the little photon, a hero for the environment. The Parkers say had a little help from their hero (dad) to write the story.

Additionally, the Brown Sugar Sisters made an appearance at the Durham Children’s Business Fair. Sienna Forrester, 11, and Savannah Forrester, 10, brought their body scrub and shea butter to the Bull City.

The winners of the Raleigh children’s business fair where out to win again, this time in Durham. And without a doubt, The Brown Sugar Sisters won best customer service for the second time, in two different cities.

Between the stories, comics, cookies, cupcakes, pies, scarves and body scrub, it’s safe to say EMA’s first Children’s Fair fared well its first time around. Although Zeigler didn’t have the sponsorship that she wanted, she didn’t let that stop her from hosting the event this year, and she won’t let it stop her from hosting another one next year.

Zeigler says she is working on avoiding barriers and is now looking for small and corporate business sponsors to help with the next event. Although Zeigler doesn’t know if she wants to hold the fair annually or bi-annually, she does know that she wants the children of the fair to be owners of their own destiny. 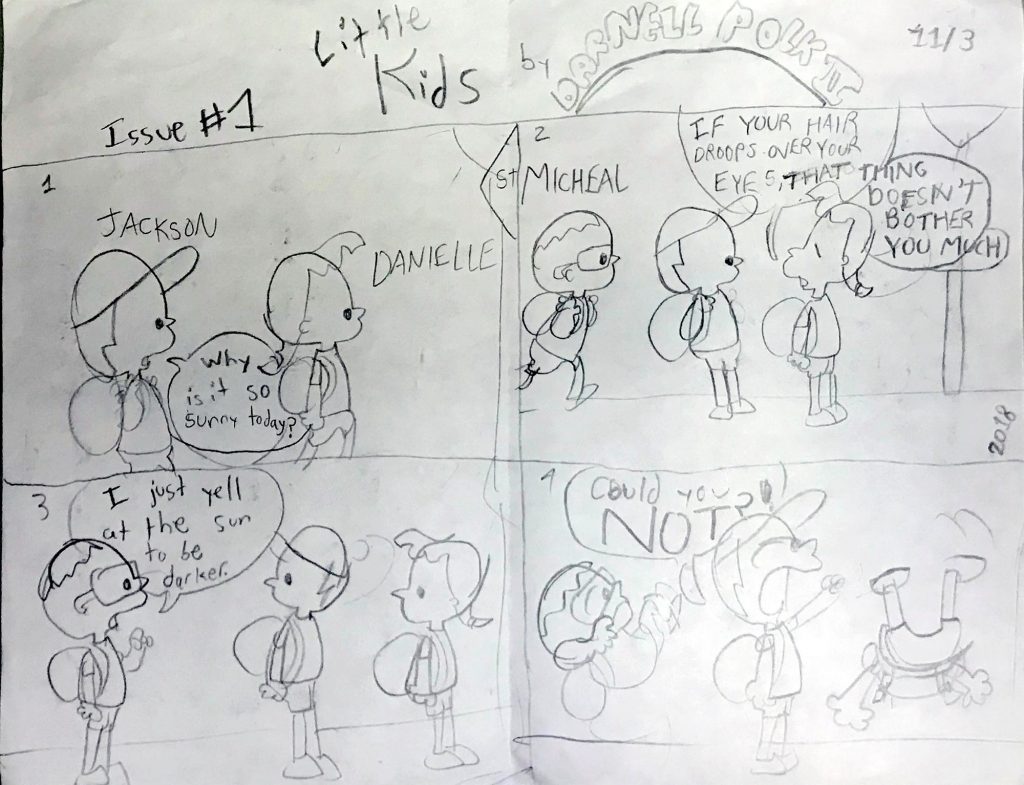