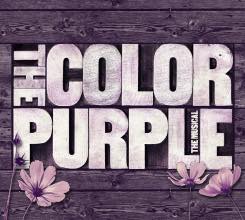 The Color Purple was birthed in 1982 by the American author Alice Walker. The novel won the 1983 Pulitzer Prize for Fiction, and soon after was brought to film and musical. The film came out in 1985 and has won 14 awards: 1986 Golden Globe with Best Performance by an Actress in a Motion Picture, 1987 ASCAP Film and Television Music Awards, 2005 Black Movie Awards, and many more.

The Hillside High School Theatre Department, under the leadership of veteran director Wendell Tabb,  launched its fall production season by bringing “The Color Purple’ to the stage. Durham VOICE photographer Cameron Rogers was there to capture these images.

Before the production begin on Nov 9, African dancers graced the stage at Hillside High School, giving praise to the cultural touchstone for black-love with ritual dances and chants. Everyone in attendance was graced by the presence of local political leaders Durham Mayor Steve Schewel and Commissioner Brenda Howerton, as well as members of the original cast from the Oscar-winning film “The Color Purple 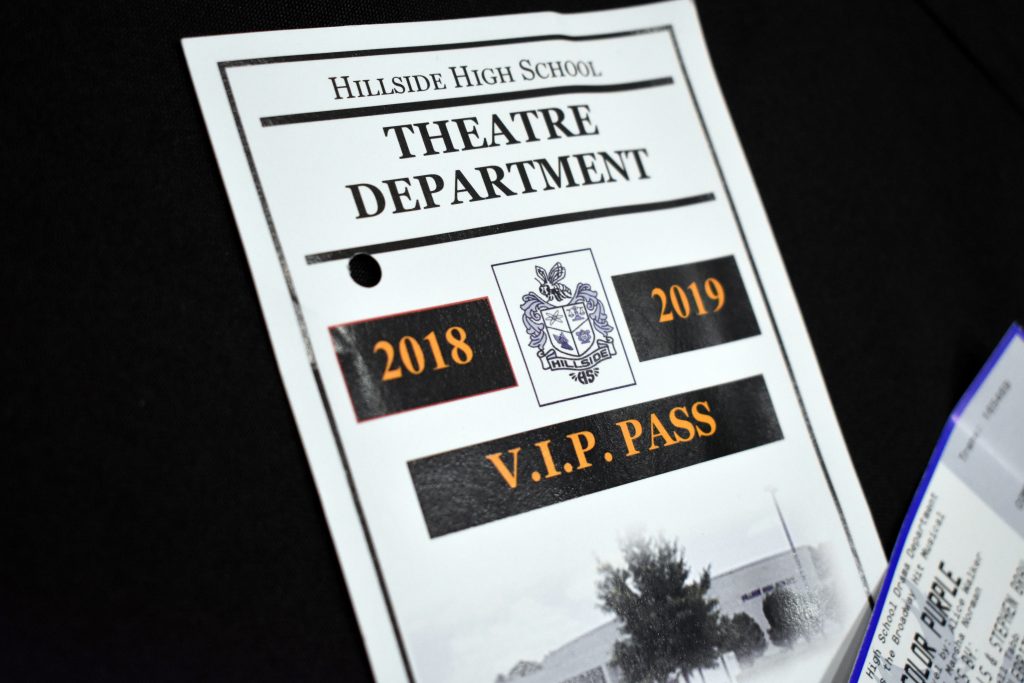 The highlight of the evening begin with a small Meet and Greet with the politicians of  Durham and other celebrity icons: Margaret “Shug” Avery,   Starletta DuPois, Antonio Fargas, and Danny Glover. The night was an evening to remember. The auditorium was full of laughter, smiles and positives auras all through the night.

The sound of African heritage was heard during the Meet and Greet session before the play. The drum is the most essential part of African music. The sounds are most hypnotic and filled with the rich texture of African culture. The sounds pulsed through its listeners and bounced off the walls of the auditorium. 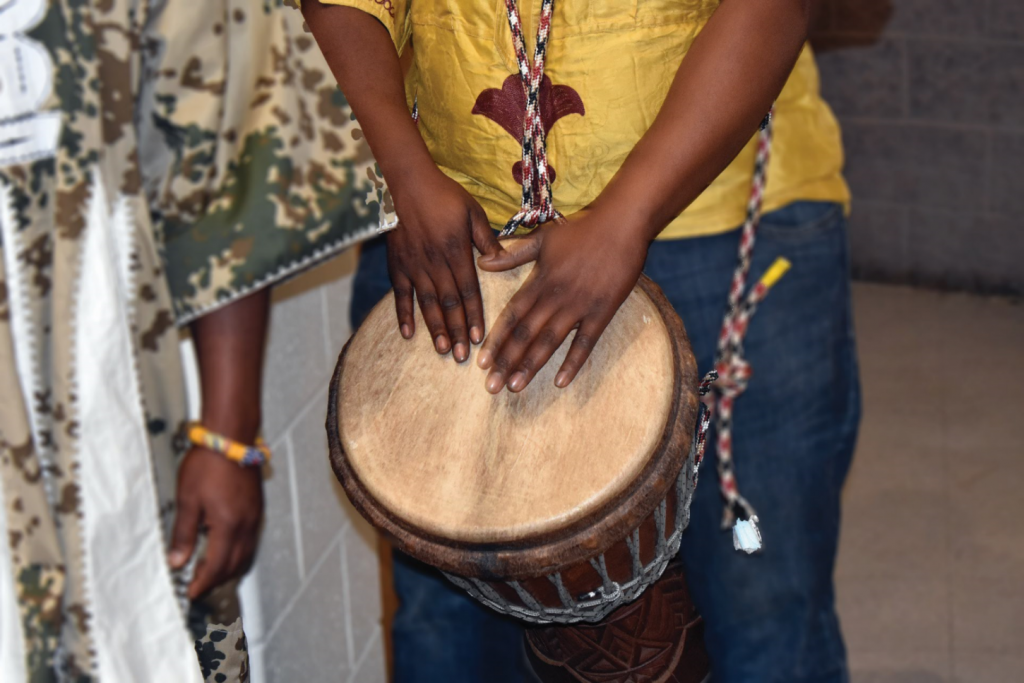 An African bound musician  playing on a hand-crafted Djembe drum. 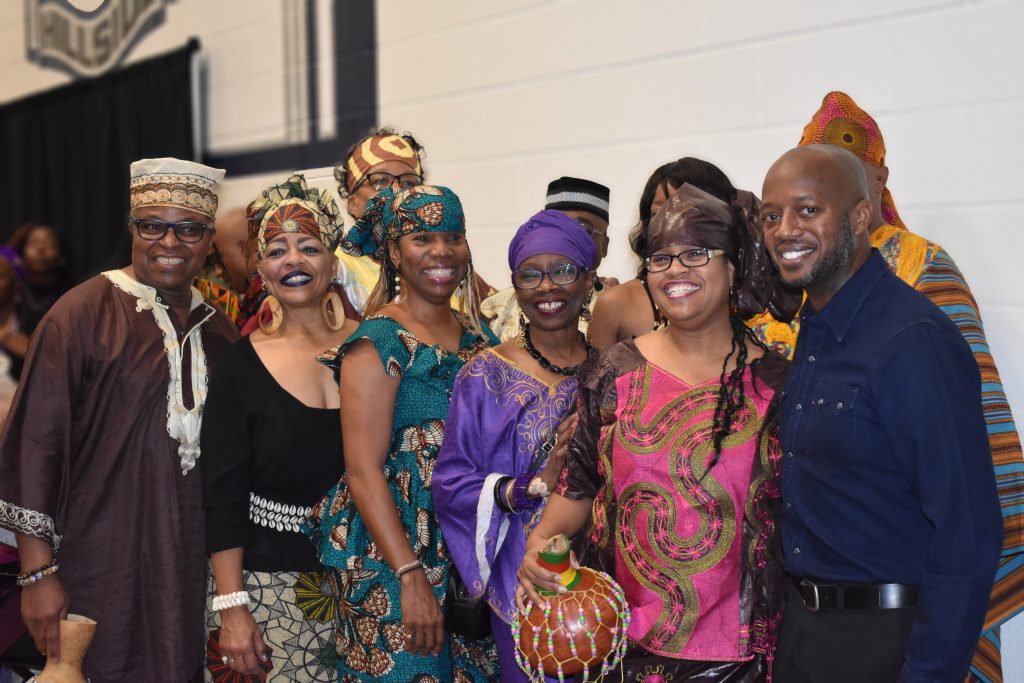 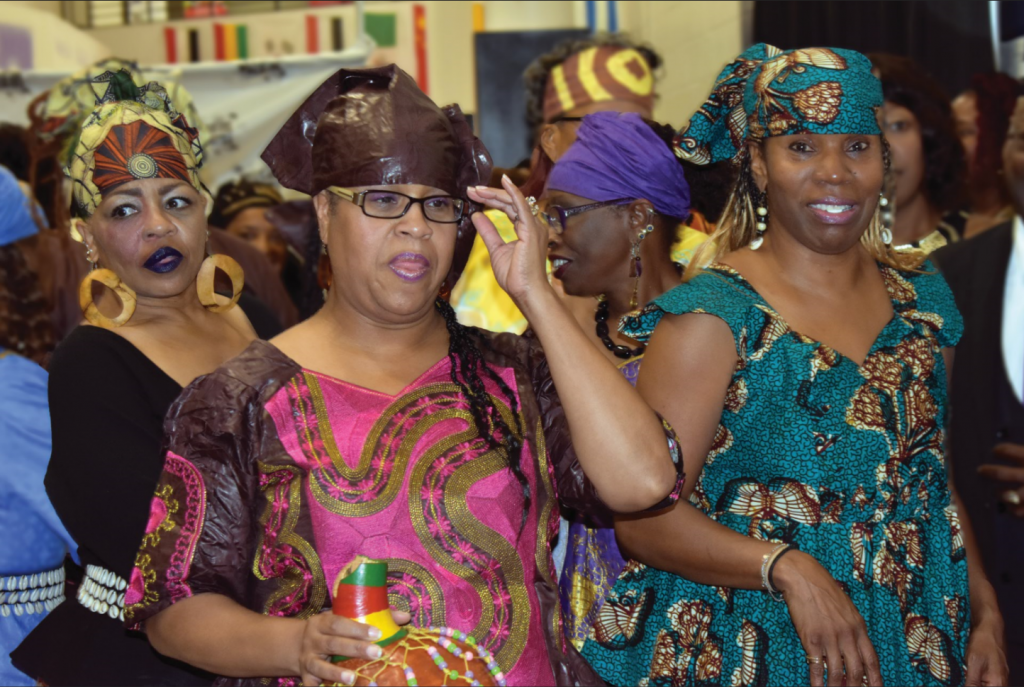 The African ensemble  performed using a popular singing technique in African vocal music. The technique is known as “call and response,” the lead person in the vocal group sings out a chant and the rest of the group answers the chant with another line. 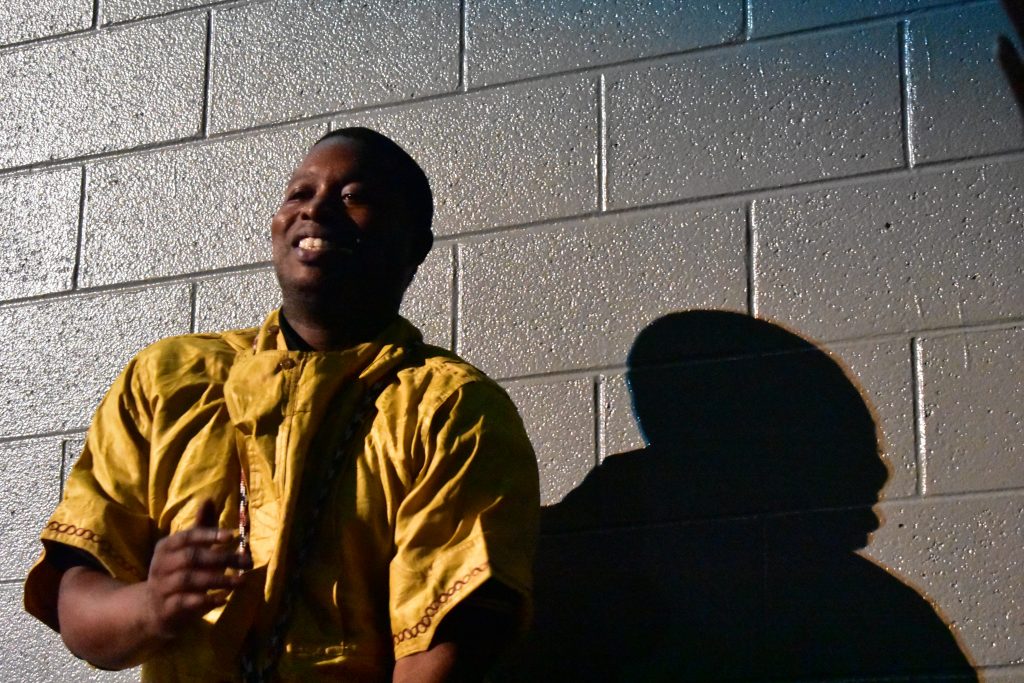 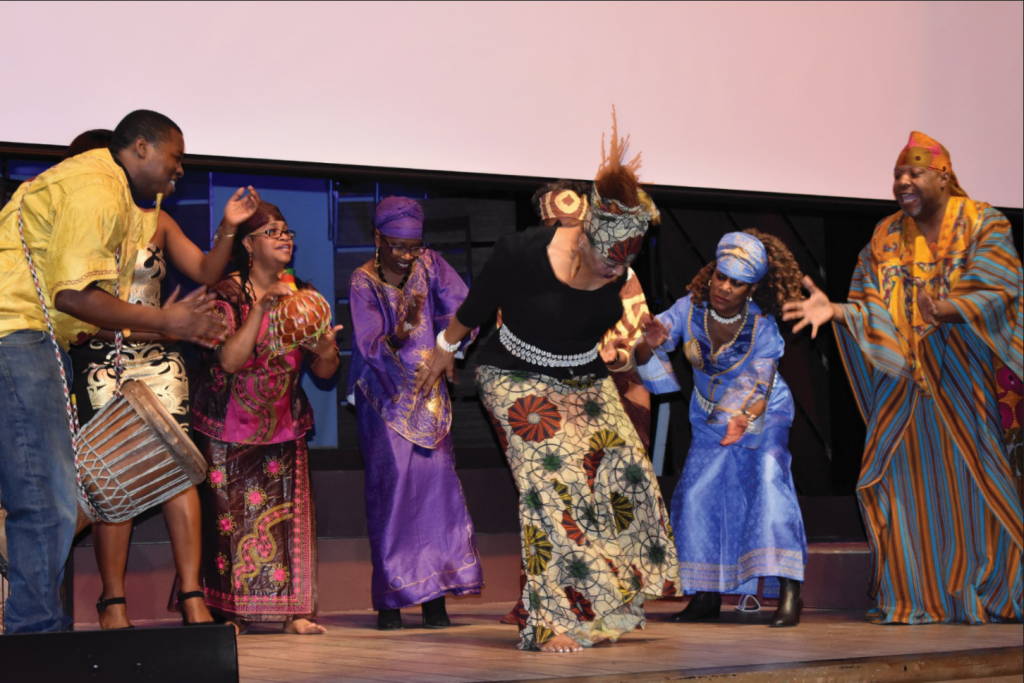 Alongside the vibrant colors, patterns and textures of their African garments, the dancing has complex rhythmic pattern. 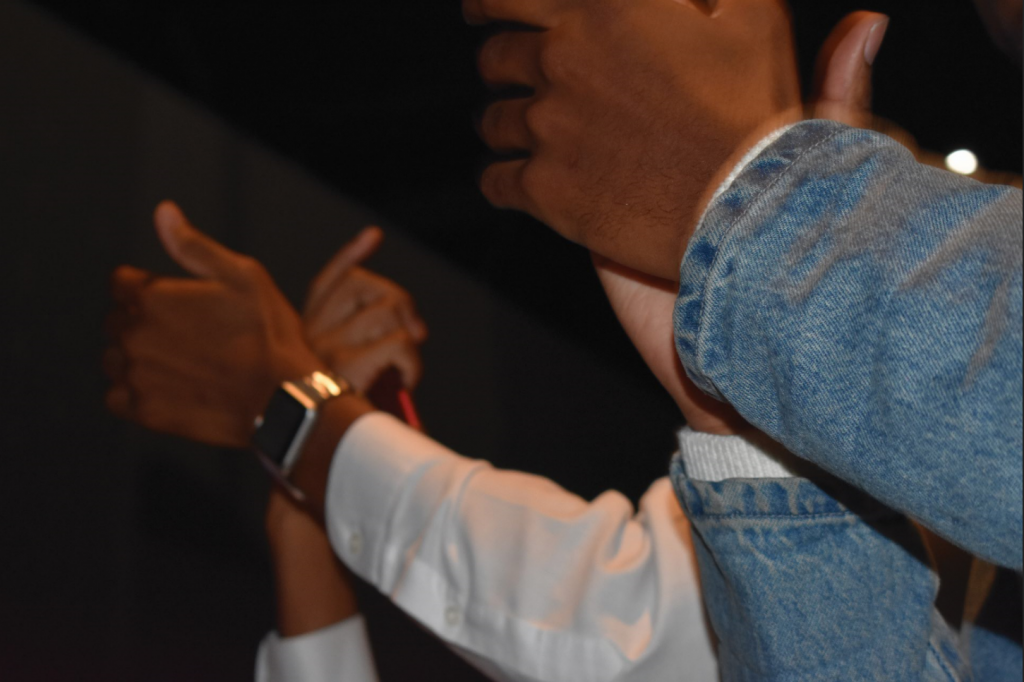 Hillside alumni students applauding at the end of the musical. 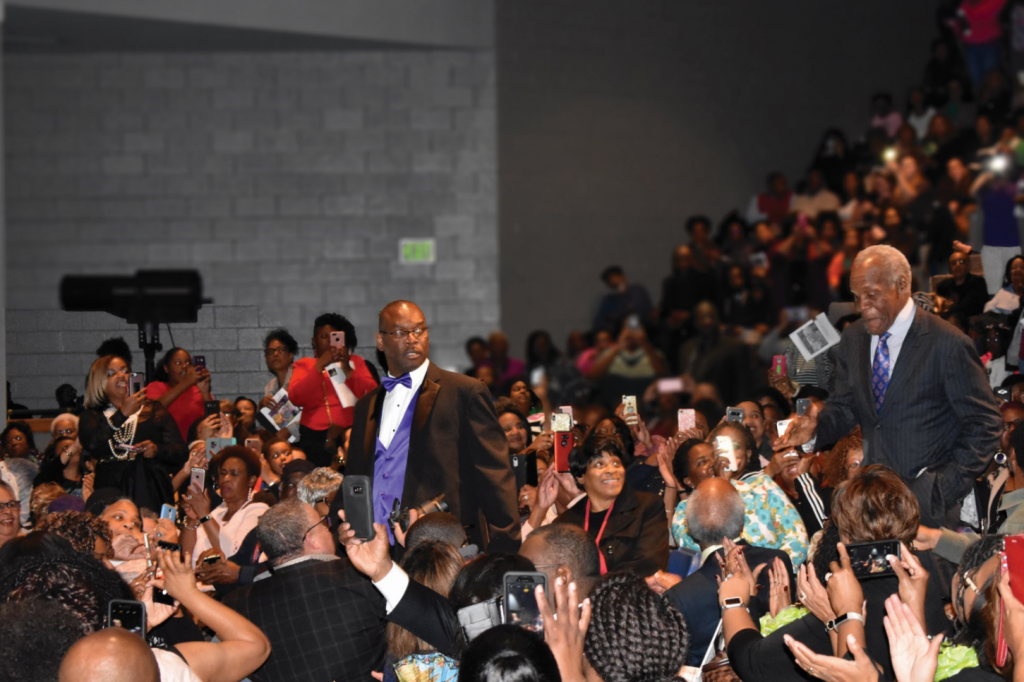 Award-winning Danny Glover who played as “Albert” is greeted by a sold out auditorium as he first walks in. 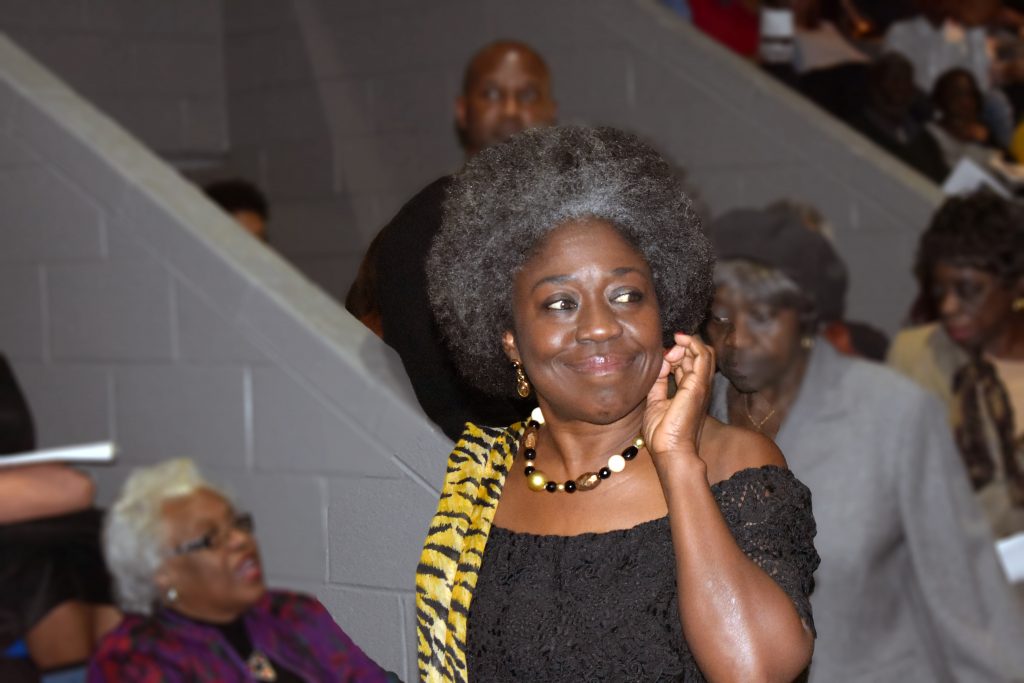 The highlight of the evening presented two honorary guests who stared in the original film of ‘The Color Purple’ are Danny Glover stared in as Albert, Margaret “Shug” Avery stared as Shug. Other star guests were Starletta DuPois has been seen in the films the Notebook, Big Momma House, and the TV Show: The Jeffersons. Antonio Fargas is known for the Car Wash, Foxy Brown and I’m Gonna Git You Sucka. A Hillside 2007 alumni, Kevin Wilson returned to where his passion for directing film started. Wilson was welcomed back for his newly success, a fresh Oscar nominee for his film, “My Nephew Emmett.” 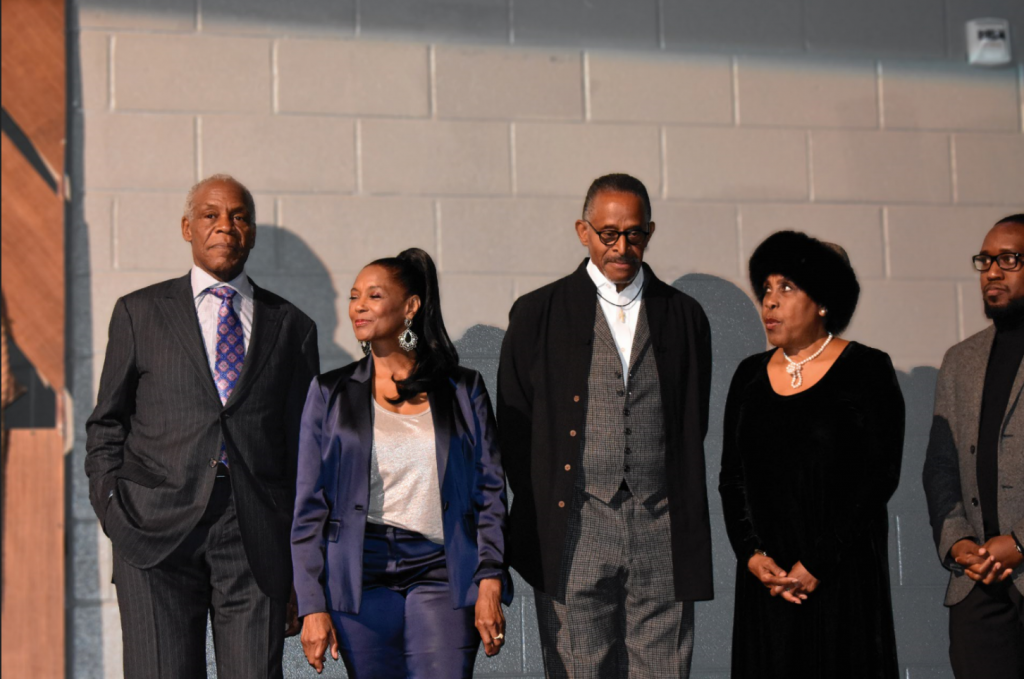 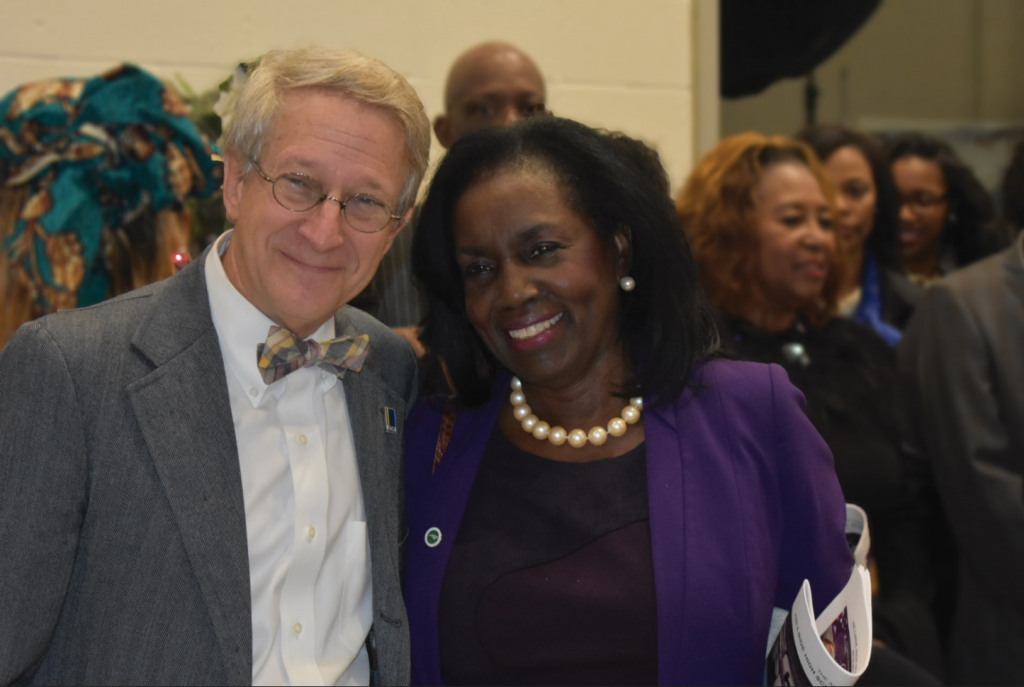 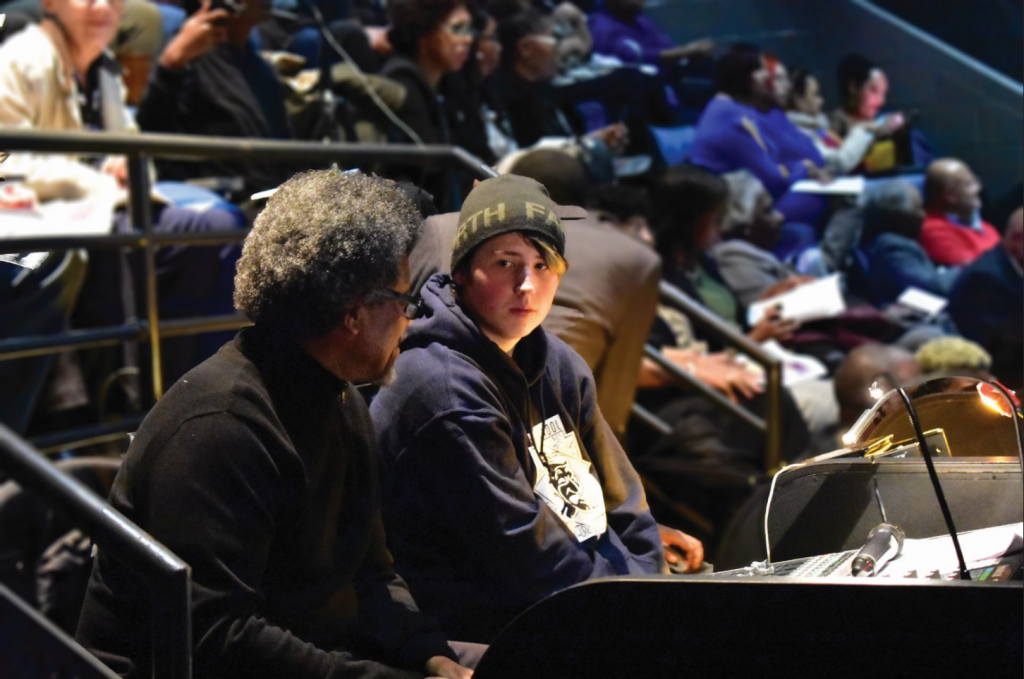 Hillside Drama focuses on every aspect of learning. Whether a student wants to learn video production and lightening or be seen on stage, the director Wendell Tabb (not in the photo) will partner a staff with a student for a learning study. Here is a fellow staff allowing a student to shadow to gain more knowledge of technical production. 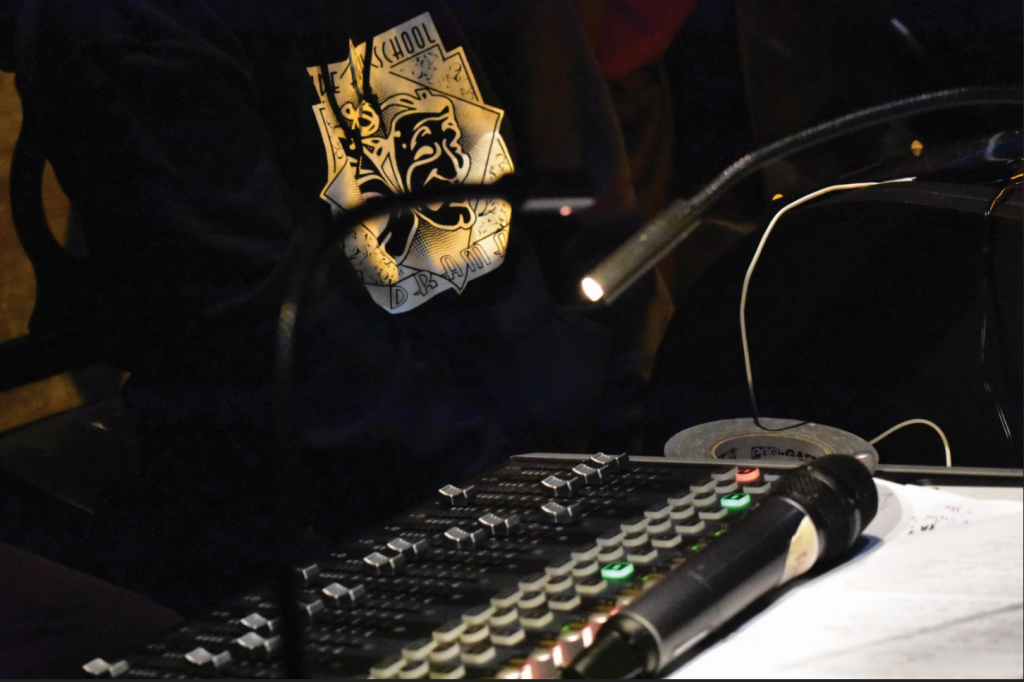 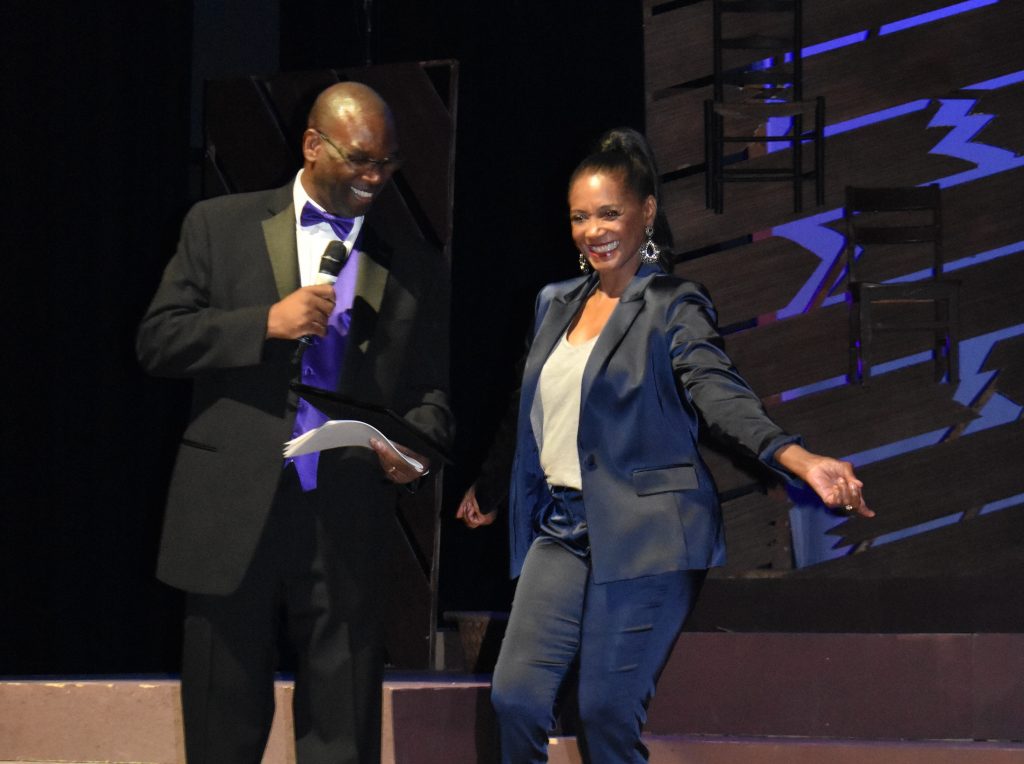 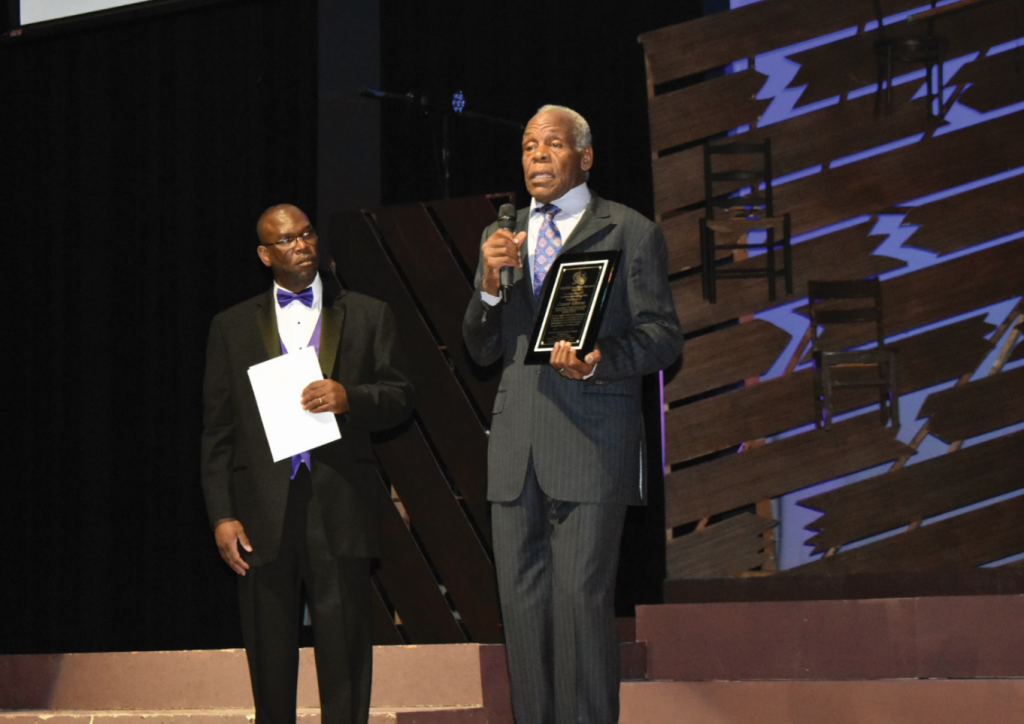 Danny Glover (right) was honored to receive such an award from a prestigious school. “I am so overwhelmed by the reception,” said Glover. 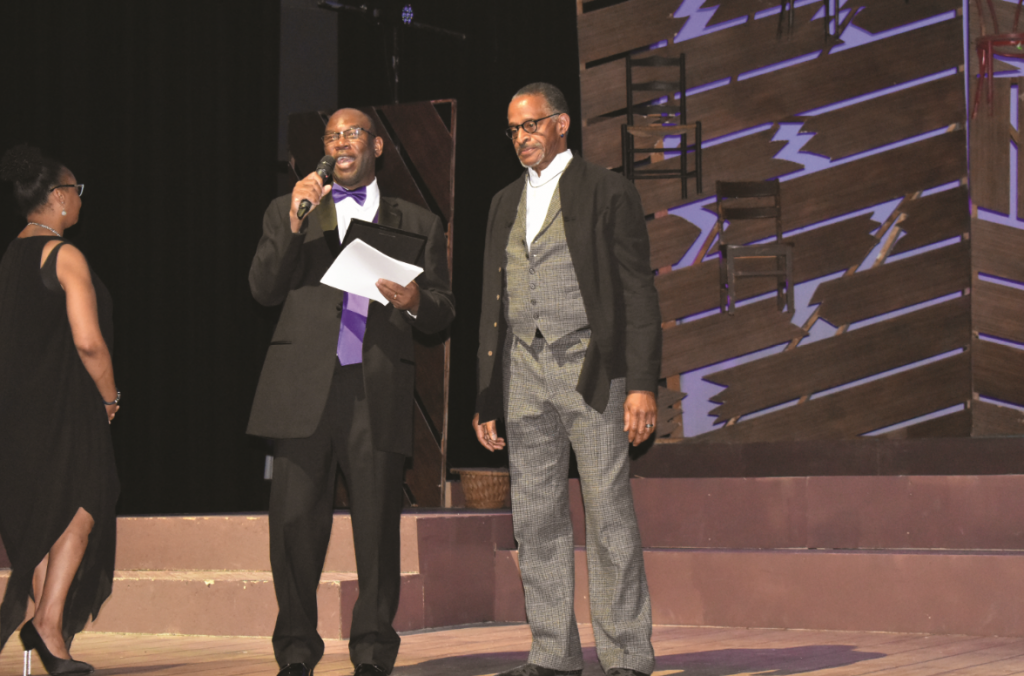 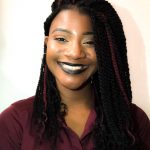