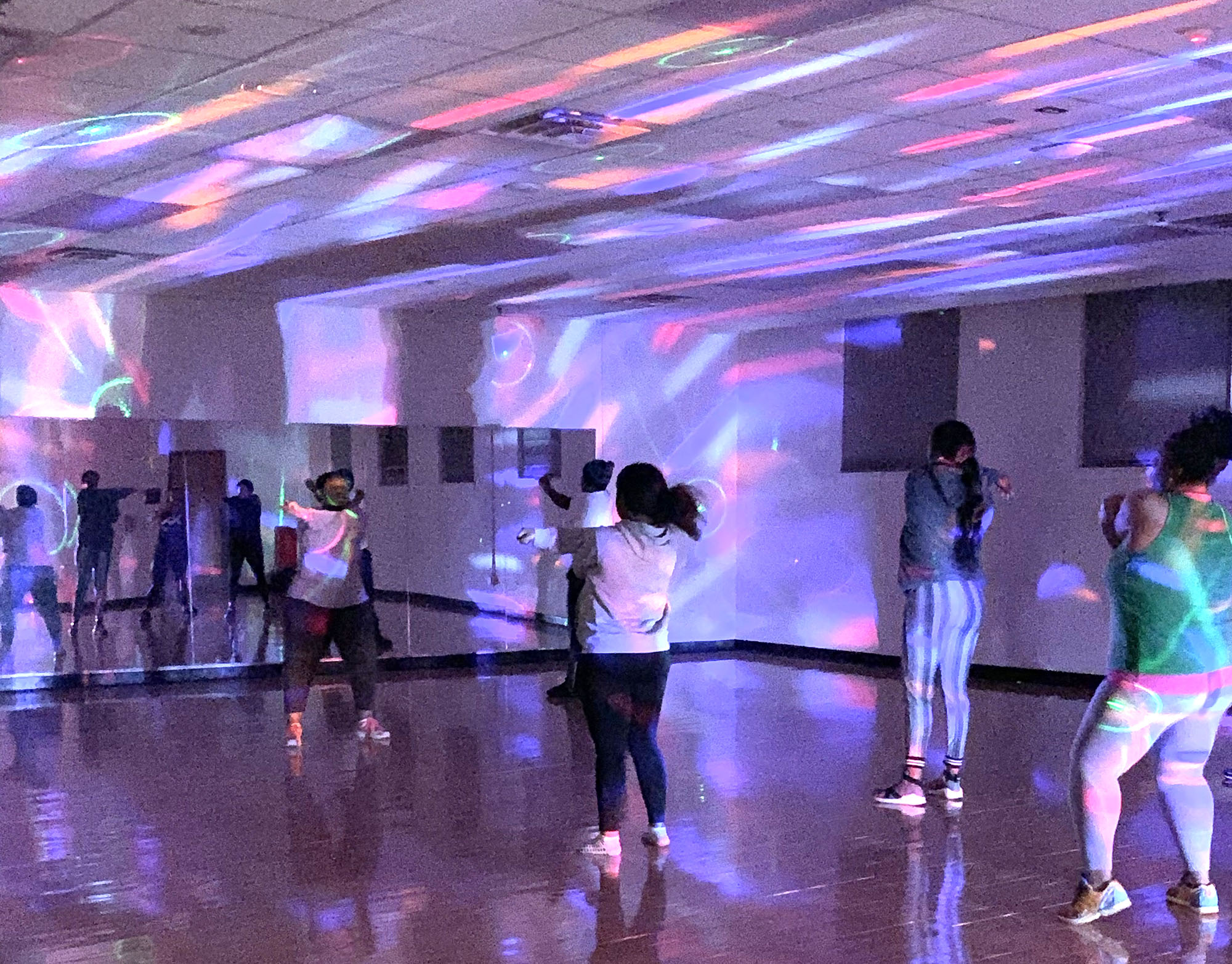 Looking more like a club than a county recreation center, Durham residents “got lit,” at the county’s only hip-hop aerobics class in the Holton Career and Resource Center.

Holton located at 401 N. Driver St., was the former East Durham Junior High School before it was renovated in 2009 with the help of the city, county, Durham Public Schools, and Duke University Health System and is now a big part of the Durham community.

The center of $16.7 million is a multi-used space for the community that offers education, a neighborhood clinic and wellness center, a teen center, the office of Durham Parks and Recreation, summer and community programs such as “KidzNotes,” vocational training like barbering and cosmetology, and the playground also serves as a activity setting for things such as a cops and kids soccer league.

On Thursday, Jan. 24, Durham Parks and Recreation had the third session of the free hip-hop aerobics class instructed by Rukea Womack along with Rictrice McKiver. 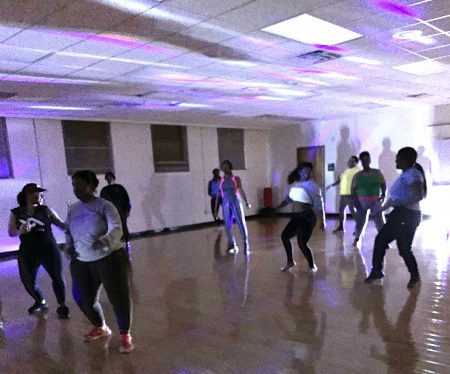 Women in the class getting into the aerobics moves being instructed. (Staff photo by Cheyenne Beasley)

“The sole purpose of hip hop aerobics is to appeal to the urban citizen and encourage them to work out in an environment that is familiar to them and things that they can relate to, but still get the point across of being active and getting your workout on,” Womack said.

At the beginning of the class, she brought attention to the fact that it was dark. She said it was because they wanted to set the ambiance and make everyone feel comfortable in case people were self conscious about others looking at them or fear of messing up the moves. She made it clear that it was a no judgement zone, and that they were all there to have fun, but also sweat. The one rule they did make clear was to not stop moving in order to keep their heart rate up, even if they are just going to get a drink of water.

The room was filled with music from the dj in the corner and lit up with various strobes of lights, similar to the atmosphere of a nightclub produced by a machine in the back.

The class started off with warm-ups and light stretches, which Womack instructed with energy and enthusiasm. The sense of engagement in the class was given as Womack turned around to the women behind her and yelled, “aye” in approval to them hitting the moves.

Hip-hop aerobics is a real workout, and that became evident when people began walking to the side for a water break just seventeen minutes after the class had begun. The class was full of energy and encouragement from the instructors. 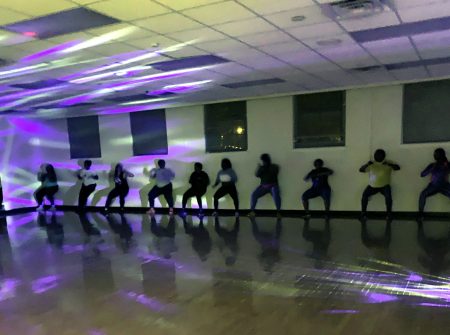 Aerobics class stretching and toning along the wall. (Staff photo by Cheyenne Beasley)

So much support was filling the room, it is almost impossible to feel the need to give up. The music was also something that kept the women’s energy high. It ranged from trap, to twerk, to r&b songs with a remixed beat to fit the high energy that the class gave off, and more. It was all enough to make you want to move and let loose, and that’s what this class is about.

After the class, Temika A. said that she felt great.

“The class was full of energy, and the instructors kept us engaged,” she said. The music was also something she spoke highly of, and the class is something she said she would definitely recommend

A tip Womack gives to people who may consider her class is, “not to be discouraged that you can’t do it, that you can’t dance, that you can’t keep up because we have all levels of people that come to the class and we encourage people to perform at their level but give it their all.” She explains that you get out of the class what you put into it. She also tells people to not get turned off at the fact that it’s “hip-hop aerobics” because many people may shy away out of self doubt in their hip hop dance skills, but the class is not just hip-hop, it is a little bit of everything and it is open to everyone, male or female, dancer or not.

Ericka Dudley said that she was tired from the week and was not going to come, but she decided to anyway. She enjoyed her second attendance to the class even though she said, “ I’m tired and my stomach is in my lap.”

Womack was born in Bahama, N.C., but she has basically been in Durham all of her life, and graduated from Northern High and has been dancing since forever. The biggest challenge for her is the commitment of getting to class every Thursday on top of juggling her job, wifehood, and also motherhood to her three children. Hip-hop aerobics is not something she gets paid for, she chose to do it because it is something she believes in.

Her goal for 2019 is to increase the participation and hire a professional instructor. She sees her classes benefiting the community by “bringing a fitness component to a level that people can relate to in this community, that can motivate them to work out and still not feel like dreading it, but actually have fun while working out and bringing the two together,” Womack said.

Classes began on Jan. 10 and will end on May 30. They take place at Holton every Thursday from 7-8 p.m. All are encouraged to come to have fun and break a sweat while doing it.

Aerobics class strettching and toning along the wall. (Staff photo by Cheyenne Beasley)