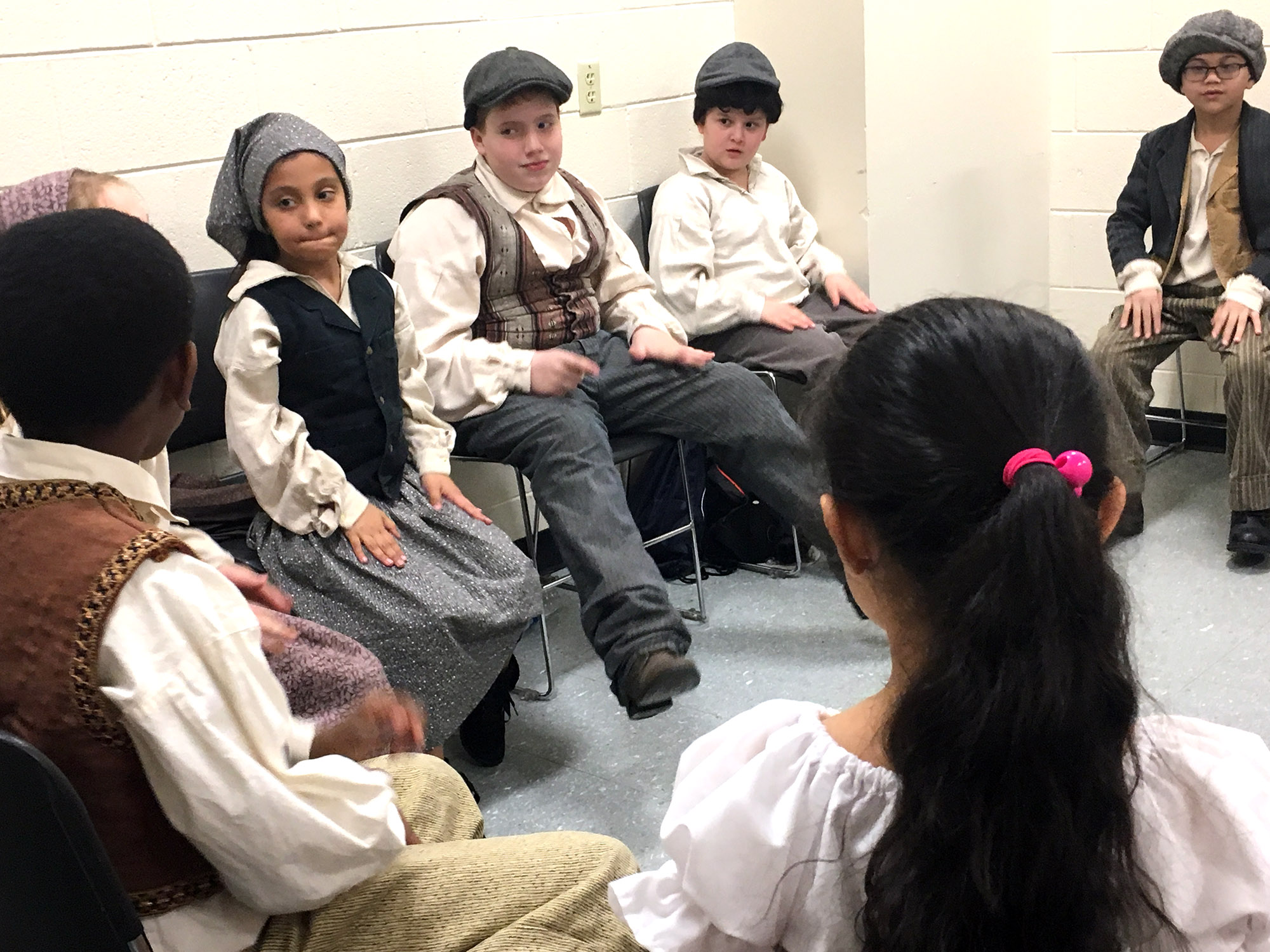 The students performed as the children’s chorus alongside the stars of the North Carolina Opera on Jan. 25 and Jan. 27 at the Memorial Auditorium in Raleigh. The opera performance featured hypnotic choreography, human drama and popular hit music.

“The general director of the North Carolina Opera, Eric Mitchko, and I had discussed some partnership opportunities,” said Nick Malinowski, executive director of Kidznotes. “It was a year ago when he told me he needed a chorus for ‘Carmen.’”

Kidznotes is a Durham-based nonprofit music program that provides accessible classical music instruction to children in underserved communities. According to their website, the program is modeled after El Sistema, a free children’s classical music program and social movement that began in Venezuela in the 1970s.

Today, Kidznotes serves 14 Title I schools throughout the Triangle, 7 of which are in Durham. Upon joining, each student is given a free instrument.

“We have students from all walks of life and focus on serving students and families who would not have access to music instruction,” Malinowski said. “Music teachers bring kids they think can benefit from music instruction, and we tend to get twice as many applicants than spots we have open.”

But the program’s impacts go beyond the classroom.

“Things were hard as a kid, and Kidznotes became a safe haven and helped with my depression,” said Kiarra Truitt-Martin, violist, 15. “I established new relationships, and it is cool that we can have a family and rely on each other.”

Marcus Gee, cellist, 15, has been playing music with Truitt-Martin since he joined Kidznotes in the second grade.

“It gives kids a sturdy foundation of classical music training and a lot of opportunities to perform,” Marcus said.

Kidznotes’ partnership with the North Carolina Opera gave students the opportunity to perform in “Carmen.” Of the 75 students who auditioned, 13 were selected to perform in the children’s chorus.

These students rehearsed for three months with additional Saturday rehearsals.

A key aspect of opera, the children primarily focused on amplifying and their projection of sound.

“The vocal range is much higher in opera, and they need to know how to access parts of their voice,” Malinowski said.

Since “Carmen” is a French opera, the students also needed to learn French diction.

During rehearsals, Malinowski had the students study slowed French pronunciation videos on YouTube.

“They were treated like any other cast member, and I think that made them feel good,” Malinowski said. “It was exciting and challenging for them.”

Overall, the children said they enjoyed singing in the opera and performing with their peers.

“It was great and felt awesome,” said Cesar Toledo, 10. “The opera was a big success, and it was really good because I got to get along with other kids.”

Before opening night, Kidznotes already received an offer to sing in a second opera, the Italian opera, “Tosca,” which is set to be performed in April.

When Malinowski asked his students if they wanted to sing in another opera, hands were swiftly raised in the air.

“I felt nervous because of all the people, but I felt happy at the same time because I was having so much fun,” said Jessele Perez-Rodriguez, 9. “I would perform again because I would get more money to save for college.”

Each Kidznotes musician earned $50 for their performance.

Though interested in having Kidznotes perform in “Tosca,” Malinowski wants to have an opera commissioned specifically for the program.

“Kids can’t always relate to the story, and I want to use our story to tell a story of community,” Malinowski said. “An opera for our kids that comes from our kids.”