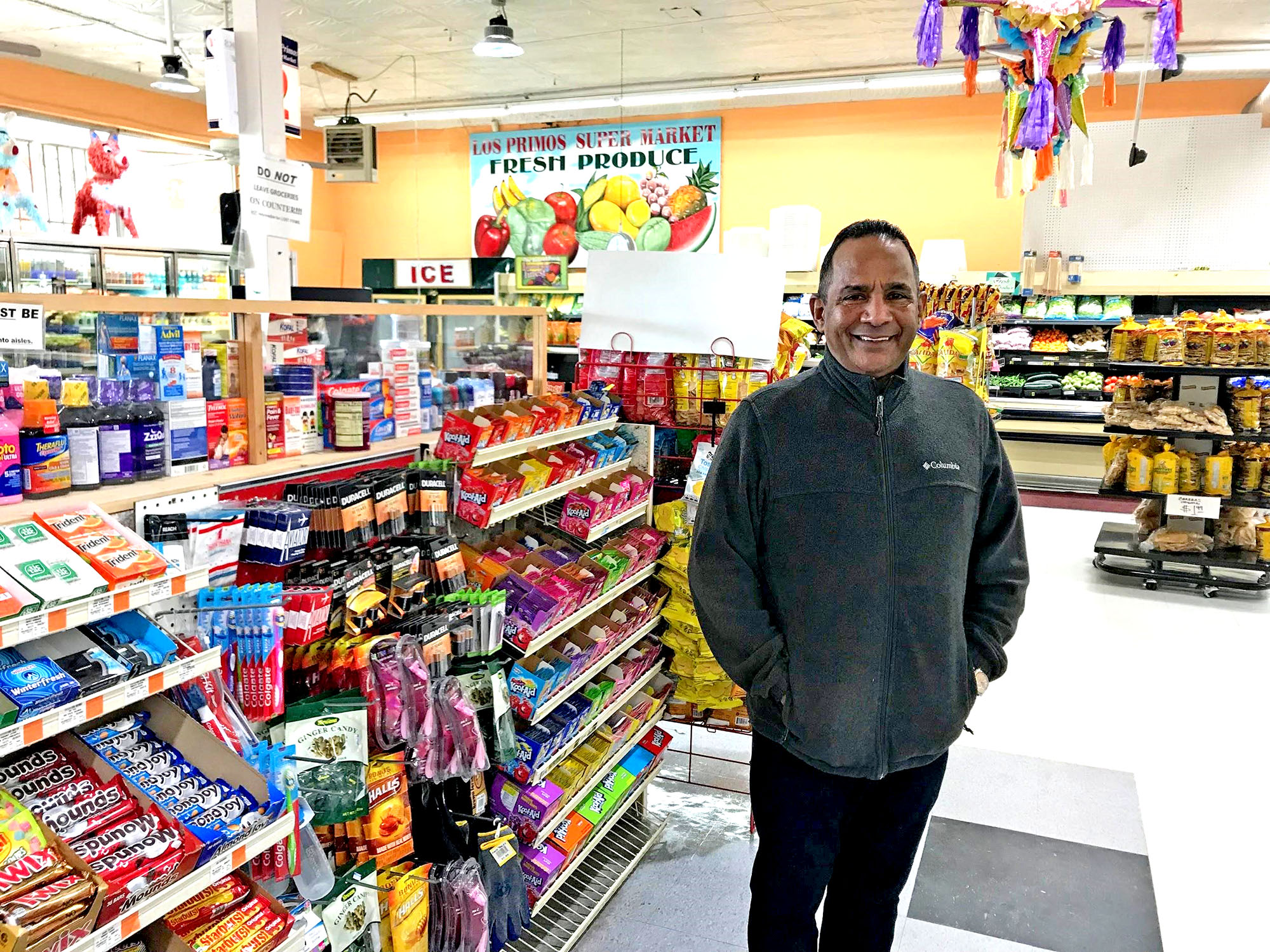 Miguel Collado, the owner of Los Primos Supermarket, almost lost his store in the construction of the Alston Avenue widening project. The community fought back with petitions asking the state to build around the store. (Staff photo by Elisabeth Beauchamp)

The widening of Alston Avenue has affected local businesses surrounding the street, despite a compromise between one of those businesses — Los Primos Supermarket — and the state.

The construction, which stretches from N.C.Highway 147 to Holloway Street, is scheduled to end January 2020. Since the Alston Avenue widening project was approved in 2015, it has been a topic of heated discussion in the community and a looming presence for local business owners.

James Nordan, resident engineer for the North Carolina Department of Transportation, describes the department’s goals in widening Alston Avenue and how it may affect businesses along this route.

“The project’s purpose is to reduce congestion and improve safety along this stretch of road, which is projected to be used by nearly 33,000 vehicles a day in the next 20 years,” Nordan said.

The NCDOT did not only focus on the safety of traffic moving throughout the area, but also on the wellbeing of community staples like Los Primos Supermarket and Tater Bread Cafe.  The original plan was adjusted and the widening will now occur between Los Primos and the Durham Rescue Mission.  A retaining wall will also be erected to keep roadway slopes from encroaching on the supermarket’s property. 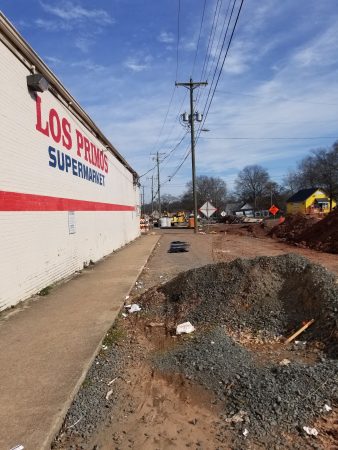 The construction on Alston Avenue will close the street until January 2020, leaving business owners uncertain about their future. (Staff photo by Sabrina Berndt)

“We had concerns early on about the impact of the project to businesses and other properties along the corridor and Los Primos was part of that,” Nordan said. “There were many meetings and discussions with the public and Durham Officials to look at ways to replace Los Primos if impacts were unavoidable.  Fortunately, we were able to reduce impacts such that Los Primos could remain a viable resource for the community.”

He said that the highway designs were adjusted throughout the planning process to ensure that businesses would hold their ground.  The department also welcomed community input on the issue in a Citizens Informational Workshop in 2010.  At the meeting, the department explored alternatives for the widening project, but decided on the current design because it poses the least threat to houses along the Golden Belt historic district.

“Our public input process is designed to listen to the community’s concerns,” Nordan said. “This is an example of the process working. We are proud of our input process and see the surrounding communities as valued partners in delivering the best solutions for the transportation challenges we face.”

Nordan added that the updates to Durham’s roads are not over yet.

“Alston Avenue will eventually be four lanes between NC-147 and Main Street,” he said.

Other updates involve adding parking spaces and a bike lane to the stretch of Alston Avenue between Main Street and Holloway Street. The bridge over the Durham Freeway will undergo widening and gain sidewalks on each side of the road.  Retaining walls will also be incorporated to ensure traffic safety.

Miguel Collado, resident of Wake Forest and owner of Los Primos Supermarket at 1109 E. Main St., said his store was in jeopardy in the original draft of the widening plan, but the community saved his building from demolition. The project was initially designed to go directly through the supermarket, but the state later decided to curve the road.

“This building wouldn’t be here right now if it hadn’t been for all of the people who were writing and going to town meetings,” Collado said. “There were petitions because people were angry and needed the store here.”

Collado had only owned the store by himself for two years before the state started digging a hole in his parking lot without explanation, he said. Only then was he told that his store was at risk of getting demolished.

After the compromise, the construction took 25 parking spots from Los Primos, but Collado and his family are focusing on the positive impacts the project will bring the community. With the installation of street cameras and bike lanes, he believes the road is a visualization of the city’s transition into a safer area for newcomers.

Like her husband, Ana Collado chooses to focus on the positive. When asked about potential consequences of the widening project, she noted the possibility for more business: “more traffic, more customers.” 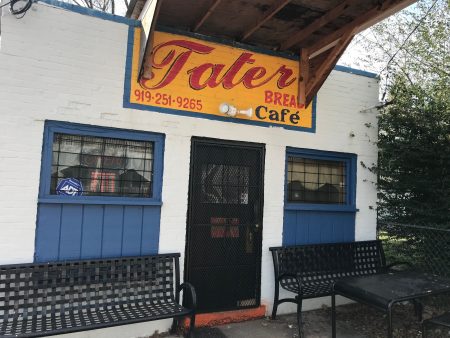 Although Walter Sneed, the owner of Tater Bread Cafe, has seen a significant drop in business since the construction of the Alston Avenue widening, he agrees it will be an improvement for the area. (Staff photo by Elisabeth Beauchamp)

Walter Sneed, a 73-year-old from Enfield, N.C., owns Tater Bread Café at 1108 Morning Glory Ave. The cafe, which sits directly behind Los Primos Supermarket, is also experiencing the effects of the highway widening project.  Sneed said that due to the construction around his café, all entrances are blocked, and customers must navigate a blocked street and make a 180 degree turn to reach the business.

“It is a huge impact, and I have probably lost about half of my business,” Sneed said.  “I hope that as time goes on [customers] will come back.  We are very fortunate that we didn’t lose our spot altogether, as many other businesses on the street already have.”

Members of Sneed’s loyal customer base said they will continue to visit Tater Bread and support the business despite the current issues with accessibility. Sneed said he trusts that customers will eventually return and that the avenue will be a nice addition to the community, but is still unable to ignore his café’s loss of business.

When asked about how the state and NCDOT can help small businesses through construction projects and community alterations, Sneed suggested the state offer small businesses financial assistance to keep them afloat during times of change.

“I suppose in the long scheme of things, this is the price of progress and we look forward to getting back to normal very soon,” Sneed concluded.