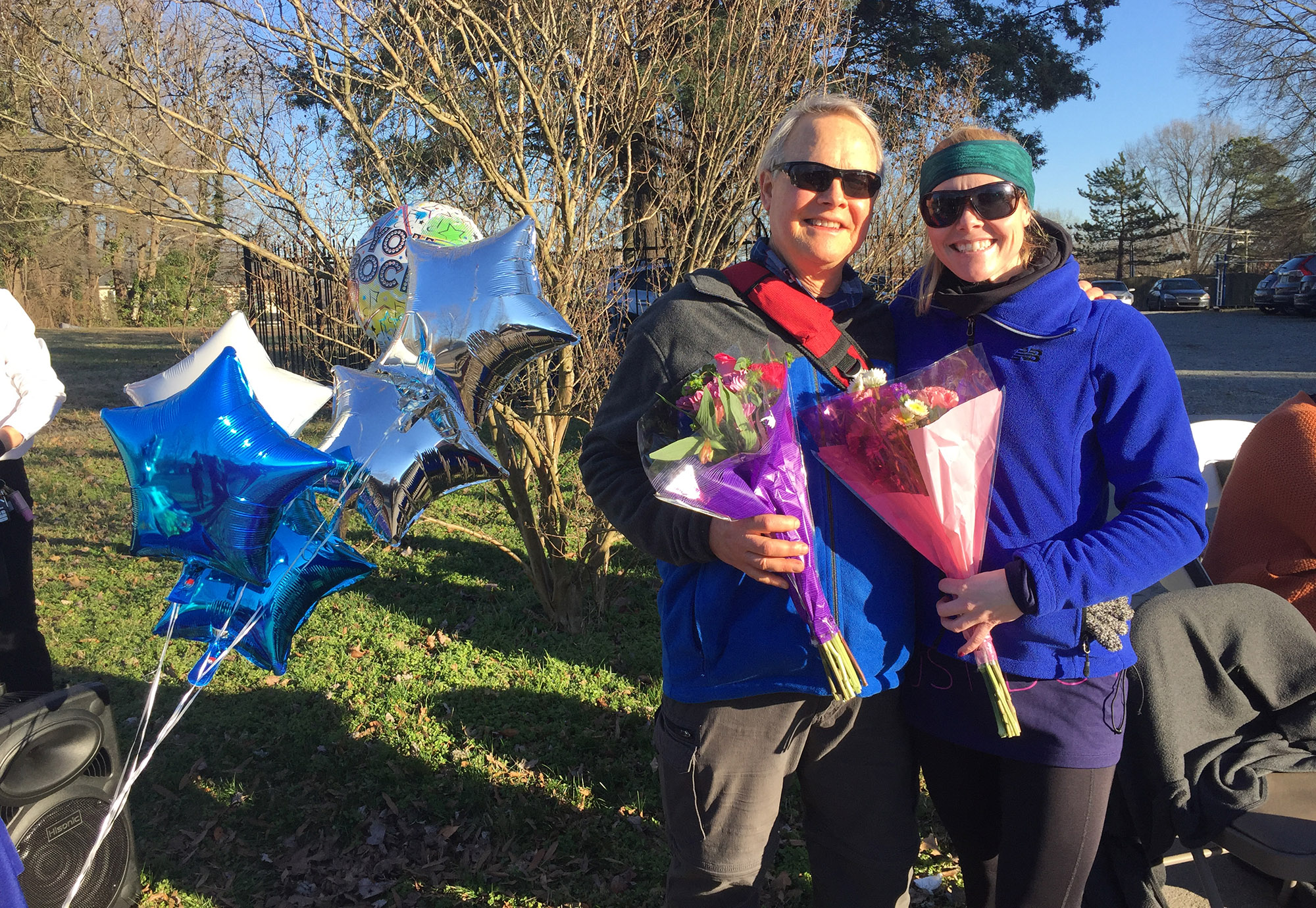 On Friday morning, Liz Herron met outside of the Durham County Courthouse with staff members of the Durham Crisis Response Center and began her four-day trek to raise awareness for human trafficking.

Herron started Miles for Hope last year when she ran from Charlotte to Durham with her dad to raise awareness for human trafficking in our state.

Herron is the justice center director at Durham Crisis Response Center, an agency that provides comprehensive services for survivors of domestic and sexual violence. According to the DCRC website, the agency has helped more than 20,000 women and children since its inception. 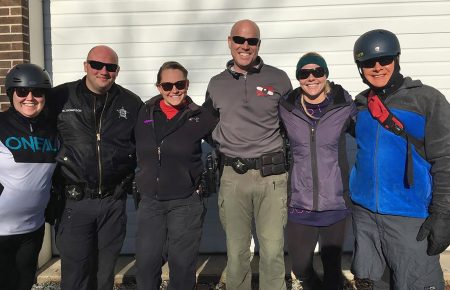 The total distance of the route they ran was 120 miles. To put this in perspective, a marathon is just over 26 miles. Herron worked with the Durham County Sheriff’s Office to map out the route and mark where they would start and pick up the next day.  Their goal was to take a route that very nearly traced the Durham County border, starting in the north of Durham and looping around the county from there.

Emil Igo, legal advisor and Camp HOPE America site coordinator at DCRC, biked the route with Herron.  Igo said one of the reasons she’s passionate about raising awareness for human trafficking is to let community members know they can be advocates for survivors, too.

“We want the community to know that they could have some part in combatting this,” Igo said. “They can help out their own communities.”

The money raised through Miles for Hope will support the services DCRC provides.

“All our services are available to trafficking victims, which we try to provide either through our agency or through referring them to partner agencies,” Reiss said.

Reiss is also working to make their services more knowledgeable about the specific needs of trafficking victims, as well as creating new services. She is also coordinating with city and county agencies in Durham to help services like healthcare, social services and public schools know how to identify and serve trafficking victims.

Unfortunately, it’s difficult to bring awareness to the issue because the lack of available data, Reiss explained.

“In Durham we don’t know how many people are being trafficked because people don’t come forward many times,” she said.

Human trafficking occurs when someone coerces a person, through force or other means, for the purpose of exploitation, often sex or labor exploitation. Reiss said many victims don’t come forward because they feel they cannot, because of fear or manipulation. Some may not even realize they have been trafficked.

As the event came to its conclusion, Herron, her father and other Miles for Hope participants met at the Durham County Courthouse around 3:30 p.m. on Monday, before walking the final half-mile of the route to DCRC.

Staff members from the agency held signs and played music, celebrating the success of the event and congratulating Herron.

Miles for Hope’s initial goal was to raise $3,500 through GoFundMe to benefit DCRC. By the end of the journey, Miles for Hope had surpassed its goal by $50 and continues to receive donations through GoFundMe. Herron said she does have plans to hold the event again next year.

“We want survivors to know we stand with them, we believe them and we’re there for them,” Herron said.