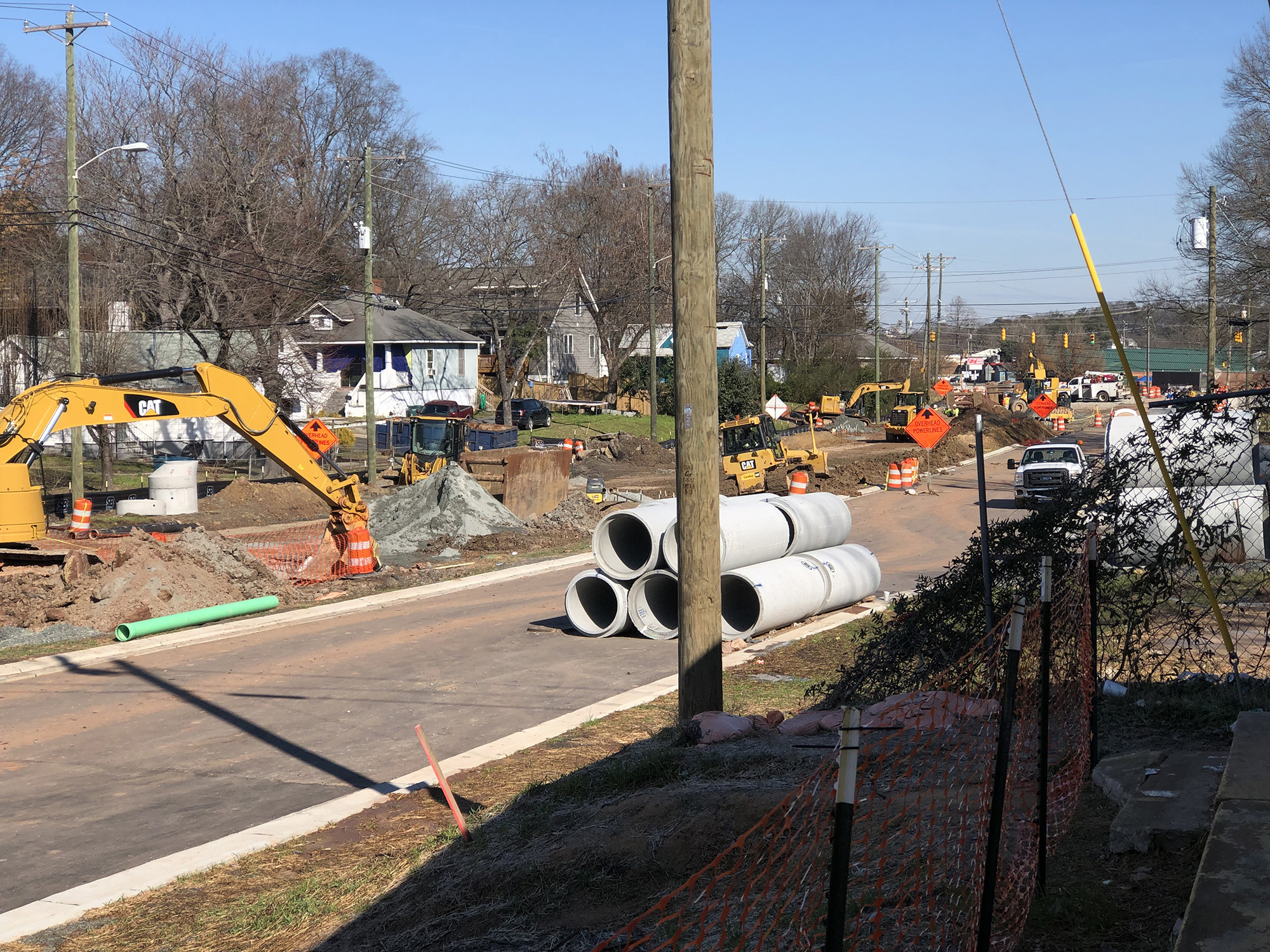 Alston Avenue is still under construction while residents are having a hard time getting around and cutting off access to local small businesses. Here's the view right outside Family Food Market. Photo by Tianna Degraffenried

As the residents of East Durham are still facing hard times trying to get around Alston Avenue,  business are being negatively impacted by the road closure, due to construction. 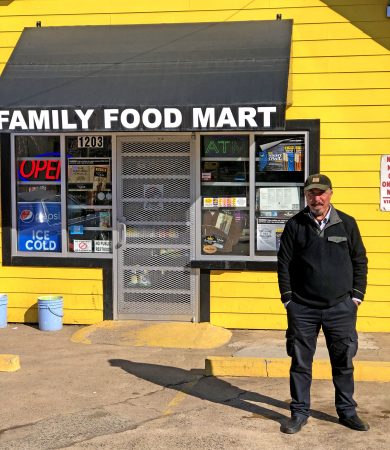 Business owners who are on Alston Avenue are losing their profit day by day. According to many sources, N.C. 55 (Alston Ave.).  is going to expand the road into four lanes. This is a long-term project. The roads won’t be reopened until about June, giving people access back on to Alston Avenue.

In the meantime, local small businesses are suffering.

Ahmad (Steve) Abuodeh is the owner of Family Food Market located on the corner of Morning Glory Avenue and South Alston Avenue. He has been living in this neighborhood for 26 years and says he loves his community. He serves his community with his store and he prides himself on having a great relationship with his customers.

“DOT told me that they will pay me for the construction and for any damages around the store,” said Abuodeh. But, as of now, they’re receiving no help or replacements.

“Just be patient, they told me,” says Abuodeh.

Losing business is a huge risk. Abuodeh is facing many challenges while the roads are closed. The Family Food Market is the only business that he owns. Abuodeh used to make an average of $700 to $1000 a day, but with the construction, he is losing money.

“If customers can’t find their way around to come to my store, I get no money, and that is ruining my business,” says Abuodeh

“Seeing Steve not having any business because of the road works is just sad and disappointing,” says Tim Howard, a local resident.

Other businesses around him are dealing with the same problem. But the difference is that Family Foods is on the corner of Morning Glory; so people have to go through some neighborhoods just to get to the store.

Customers have a difficult time going in and out or just trying to find their way around the store.

“Trying to reroute our way around Alston Avenue is a real inconvenience especially for the people who live around here,”says Dion Downy, a Family Foods customer.

Suppliers also have a difficult time trying to get to the store since the main road is closed. Truckers have to park at the Durham Rescue Center just to bring the supplies to the store.

“It is so difficult and hard to have them come and drop off my supplies because there are cones and signs everywhere,” said Abuoden.

“When you live around here you have to learn how to get to work a different way and most time that’s a real hassle, especially if you have a job that’s not in Durham. So you have to wake up an hour or two so you won’t be late to work,” says Shirley Jones, a resident who lives close to the market.

Abuoden is being patient day by day as this long journey of construction is in works. As far as everyone is concerned in June, Alston Avenue will be reopened and citizens and businesses will go about their business. Alston Avenue is one of the busiest roads in Durham, and Family Food Market is one of many stores that people go to.

“I will be very happy when the roads open back up because I miss having a business,” says Abuoden.

His business is his money-maker, so no business, no money.

“Be patient and very nice to the people that are redoing the roads, because there is nothing that you can do,” concluded Abuoden.