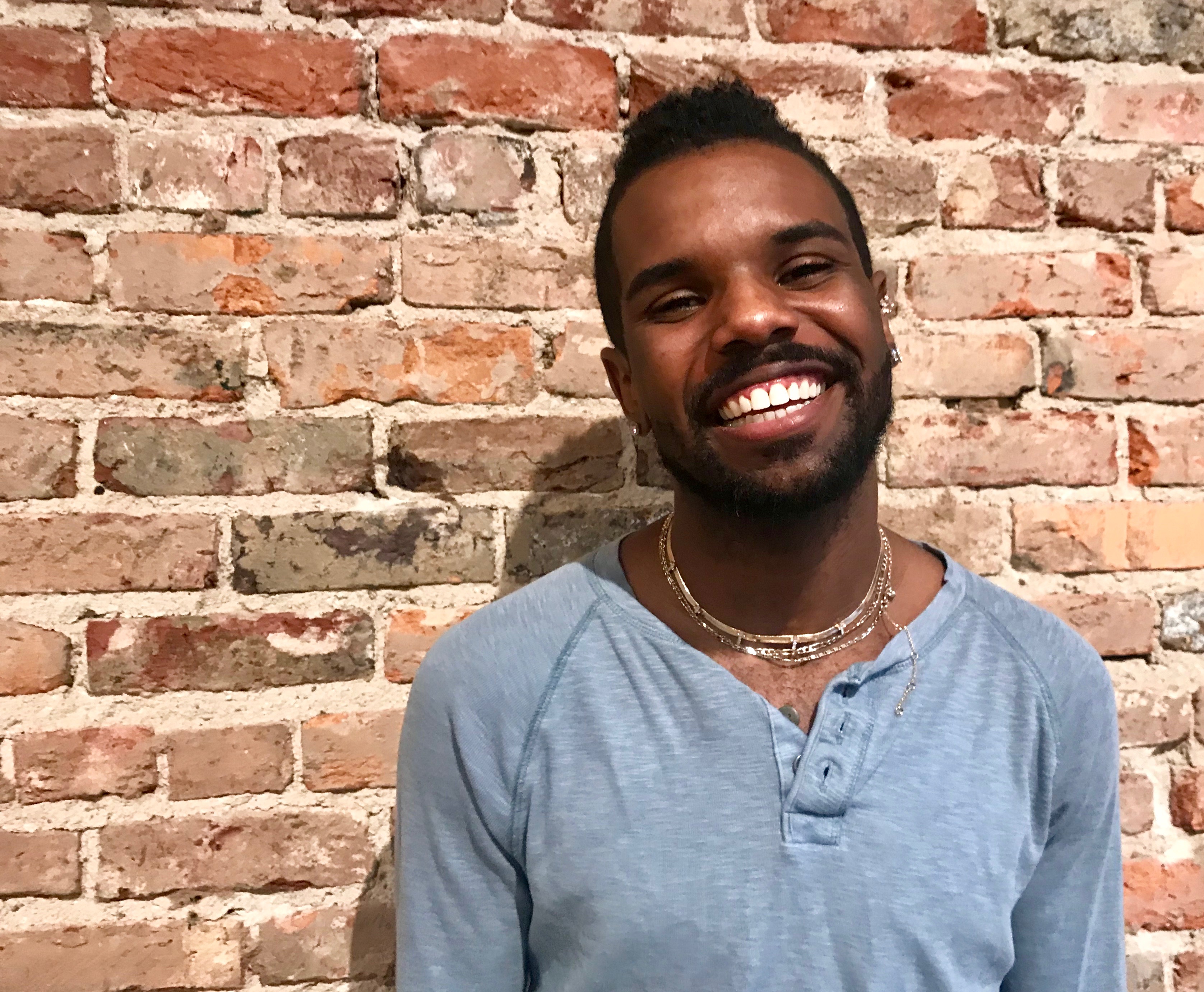 Anthony Nelson, who often goes by Ay-Jaye, is a Durham native who went from dancing for the first time at Hillside High School to achieving a successful career as a dancer, dance teacher and choreographer (Staff photo by Keeley Gay).

As a child, Anthony Nelson, 25, from Durham, originally wanted to be an organic chemist. Those dreams quickly changed when as a freshman he was randomly placed in a dance class at Hillside High School.

“I remember not signing up for dance at all. It was just on my schedule as an extracurricular,” Nelson said. “But it took no time for me to fall in love with it.”

Nelson, who often goes by Ay-Jaye, spent most of his childhood and young adulthood in Eastside Durham. He attended New Tech High School but was able to participate in extracurriculars, such as dance, at neighboring Hillside High School.

“[Dancing] swept me up,” Nelson said. “In high school, I took AP chemistry and all of these classes like AP biology, but then I started dancing and I was like, ‘Wait a minute, this is really fun and I love this.’”

Nicole Oxendine, co-director at Empower Dance Studio, was Nelson’s first dance instructor at Hillside. She said that she knew the moment she saw Nelson dance that he had something special.

“He was just a natural mover,” Oxendine said. 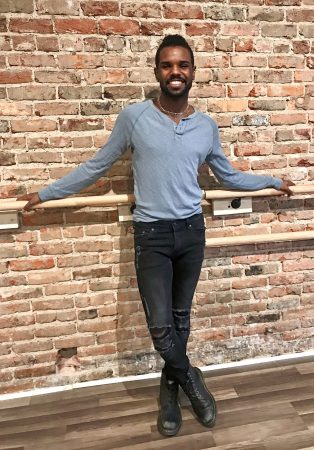 Anthony Nelson, a Durham native, is a 25-year-old dancer, choreographer and dance teacher. He is posing against a ballet barre at Empower Dance Studio, where he teaches classes each week (Staff photo by Keeley Gay).

Nelson has come a long way since taking his first dance class at Hillside High School. He contributes a lot of his success as a dancer to the way he is committed to practicing.

“During the summers when I wasn’t training at school, I would babysit my cousins and use that money to take ballet classes,” Nelson said.

Nelson said he always found a way to practice dancing so that he could improve his skills. He said that he would not be where he is today without that dedication.

Nelson has been able to perform in New York City multiple times and was even selected by Beyoncé in 2013 during Pepsi’s “Dance for a Chance” contest. Although Nelson’s dancing career has taken him many places, Nelson said that Durham is still his favorite place to dance.

“I’ve always danced with a bunch of different organizations,” Nelson said. “Durham has a lot – Triangle Dance Project, Durham Independent Dance Artists, Tobacco Road Dance Theater –  there are a lot of different dance platforms, so I’m always dabbling in a little bit of everything, the list goes on and on.”

Oxendine reached out to Nelson in 2015 when first opening Empower Dance Studio, located at 109 W. Parrish St., and asked him to be an instructor there. Oxendine said it has been really cool to watch Nelson grow as a man and a dancer.

Nelson has been working alongside Oxendine and teaching at Empower since the studio opened. He also dances for ShaLeigh Dance Works. Nelson said he never expected that his career would take off like it has.

“Young me, when I was like 16 or 17 years old, would have never imagined that I would have been able to do those things, or even been given the opportunity,” Nelson said.

Nelson said that when he was younger, he was always the only boy or only African-American in his dance classes.

“I would have ever imagined that dance would be a sustainable thing or an extensive thing,” Nelson said.

In addition to dancing, Nelson works as a bartender at Unscripted, a hotel located at 202 N. Corcoran St. in Durham. Nelson also recently started a bartending business called Dynamic Duo Bartending with his best friend.

“It’s really interesting,” Nelson said. “I’ve been trying to become this entrepreneur self-manager. It’s just really hard, because you always have to be on top of every single thing.”

In all that he does, Nelson seems to make a lasting impact on the people he comes in contact with.

Jordan Flagg, one of Nelson’s co-workers at Unscripted, said that Nelson is one of the most humble and open-minded people he knows. Flagg also got to see Nelson perform in person recently.

“I got to understand a little bit more why his craft is his craft and why he’s so devoted to it, because he is just amazing at it,” Flagg said. “But aside from that, on like a personal level, he’s just all around an amazing guy.”

Oxendine agrees that Nelson’s personality is one that lights up an entire room.

“He is an open spirit and an open person and invites other people just to be in their own space and to be comfortable in who they are,” Oxendine said. “It’s just this whole comprehensive, amazing person that we have here, adding to the fabric of what makes Durham special.”

Nelson said that one of his favorite things about teaching dance classes is empowering all people, especially women, to be the best version of themselves. 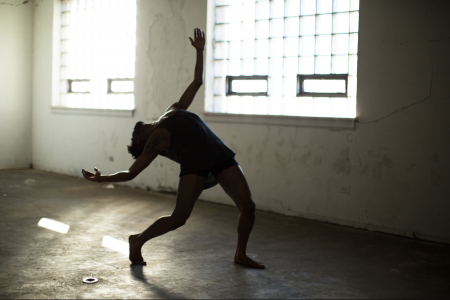 Anthony Nelson moves his body freely while dancing. His favorite style of dance is contemporary (Photo courtesy of AnnaMaynard.com).

Nelson grew up with five sisters and a single mom for most of his childhood.

“I feel like women aren’t empowered enough,” Nelson said. “And growing up I saw that too, in dynamics with the way women were being treated.”

Nelson wants to use the platform he has as a dancer and dance instructor to make a difference.

“If I have a platform to give that power back to women, I want to use that,” Nelson said. “Even with young girls, I want to empower them so that when they get older they know their worth and their value.”

“We want to create representation and create a platform to showcase that as well,” Nelson said.

Oxendine said that Nelson does a good job of empowering people through his dance classes. She said that when teaching both children and adults, Nelson has a unique way of making people feel accepted and confident.

“It’s like, come into this space and be who you are,” Oxendine said. “And whoever you are and however you present yourself, it’s beautiful and let’s just be more beautiful and more fabulous and just grow.”

Nelson said he hopes that his story can help others pursue their dreams, whatever they may be.

“For those who are afraid to try something new because someone told them that it wasn’t ok for them to do it, I would recommend that they try to go and push for it more,” he said.